Interview: Joe Bonamassa – Back In Black

We talk to Joe Bonamassa about reuniting with Black Country Communion and getting his hands on the first High Power Tweed Twins to roll off Fender’s production line in nearly 60 years. 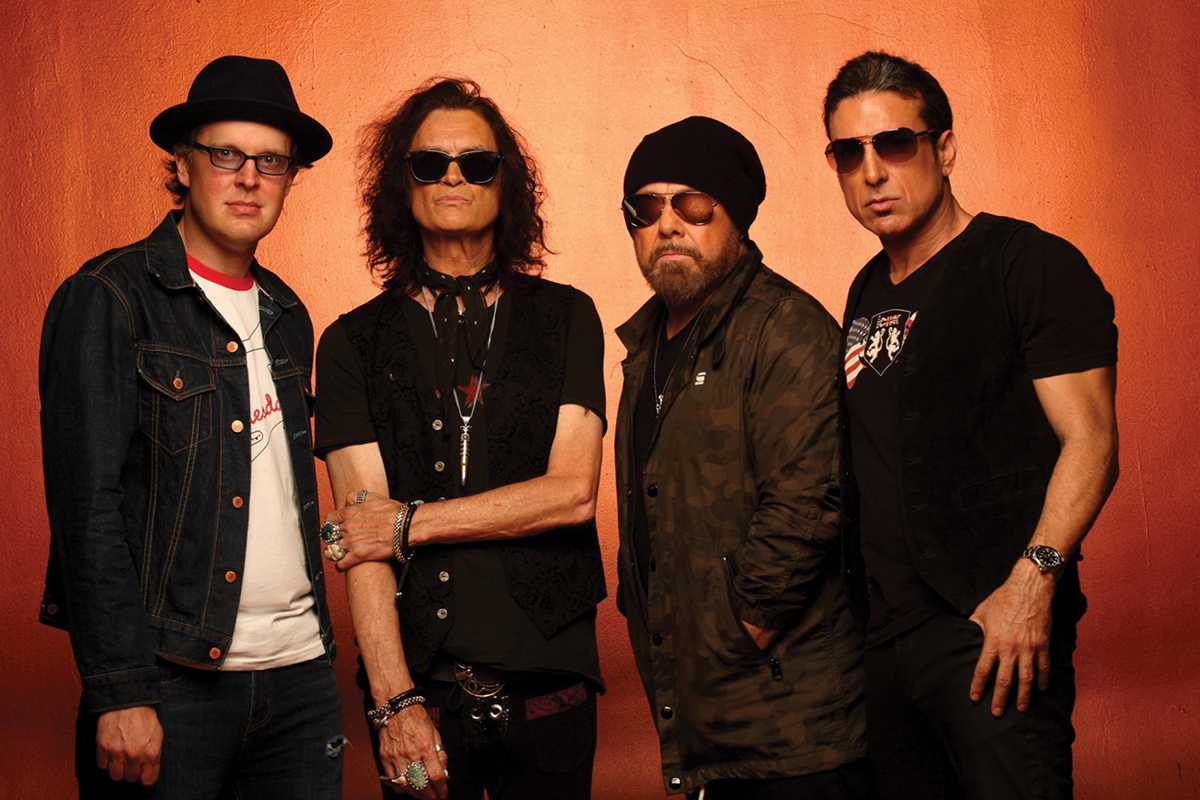 To be honest with you, it didn’t look like there was going to be another Black Country Communion anything,” admits Joe Bonamassa when we enquire as to how the group – which also comprises lead vocalist and bass player Glenn Hughes, drummer Jason Bonham and keyboardist Derek Sherinian – ended up reconvening this year to record their fourth long player, despite splitting in 2013.

The ice was broken back in April 2016 when Bonamassa called Hughes following the latter’s induction into the Rock And Roll Hall Of Fame with Deep Purple. The two met for dinner and hatched a plan to put the band back together. Writing sessions took place later that year in October, during which Bonamassa and Hughes penned a body of material that would become BCCIV. Fast-forward to January 2017 and the band were recording in Hollywood with long-standing producer Kevin Shirley at the helm.

“We had to go back to EastWest Studios,” Joe recalls. “It was where we did our second album. That’s the most fun we ever had in the studio, and sonically it was great, too. So pretty much eight months to the day that Glenn and I had dinner, we found ourselves in EastWest Studios recording next to the Foo Fighters. There was good camaraderie, good shared experiences and good playing. I’m very proud of the album.”

Bonamassa describes his approach to lead work on BCCIV as “more restrained,” and on tracks such as lead single, Collide, this proves to be more exciting and dynamic than a flurry of notes: “At this point I guess I’m older and wiser. It used to be with Black Country Communion that they would just shoot me out of a cannon!”

With stunt guitar off the menu, Bonamassa’s go-to guitars for the sessions at EastWest included his 1951 Nocaster with a PAF in the neck position, a sunburst 1955 hardtail Stratocaster and his 1959 Les Paul known as ‘Skinnerburst’, serial number 9-1951: “It’s the best Les Paul I had for playing in Eb,” he reveals. “The other records were in E, this one’s in Eb. I string all my guitars with 0.011s and when you go to Eb it doesn’t feel right. But Skinner felt the best, and stayed in tune the best, in Eb.”

As well as those staples, you might be surprised to learn that BCCIV also features a Fender Electric XII and a 1960 Rickenbacker Capri. Joe describes the Rickenbacker as “Insta-Who” and enthuses that “you plug it into any amp and it’s that pre-’65, jangly Pete Townshend rhythm sound.”

In order to give BCCIV’s supersize riffs extra width, producer Kevin Shirley would often double-track Joe’s rhythm guitars by dropping in guitar parts from alternative takes, rather than recording overdubs. Bonamassa also puts much of the power down to the way in which his guitar tones and Hughes’ overdriven bass combine to create a heaviness that is more than the sum of its component parts.

“It’s the Kossoff/Andy Fraser thing,” he says. “If you solo the guitar it sounds okay, if you solo the bass it sounds okay, but if you play them both at the same time it sounds like one massive guitar. Because the bass is distorted you are getting this low end rumble that’s not in what I’m playing. And we’re also playing live… it’s a very old-school way of doing rock ’n’ roll! That’s definitely part of the charm.” 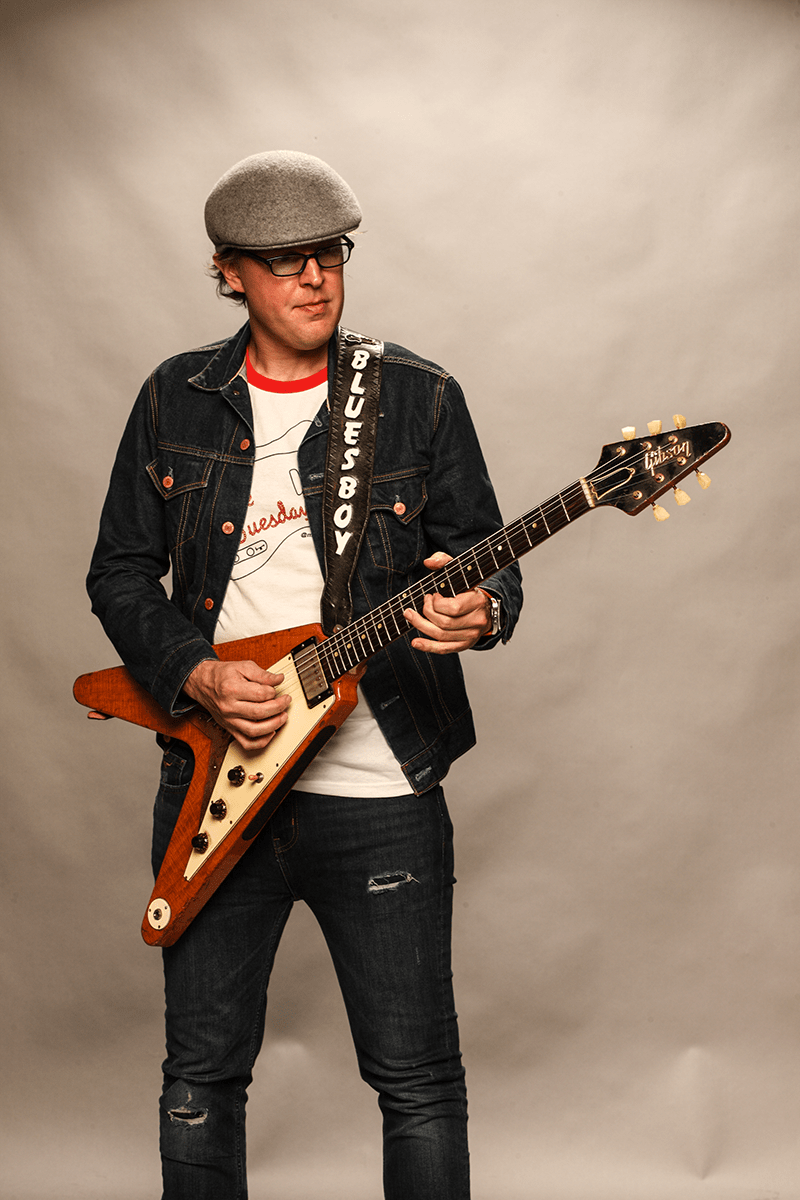 Bonamassa’s love of tweed is well documented, and for the last year or so, alongside vintage examples, he’s been using a new Fender prototype modelled after a 1959 5F8-A Twin-Amp. Although Fender’s current catalogue contains the 40-watt ’57 Custom Twin-Amp, the company hasn’t manufactured a production 5F8-A since 1960. Joe considers the ‘High Power Tweed Twin’ to be the greatest electric guitar amplifier ever made and he’s in good company – it’s also Keith Richards’ live amp of choice.

On top of his usual run of live shows, Bonamassa used the prototype extensively in the studio on BCCIV. It also appears on the next Beth Hart record and on a new, as yet untitled solo album that he recorded in Nashville in July. Despite his best efforts, the prototype didn’t break down, and he confirms, “it sounds just like the old ones”.

“I need another signature product like I need more taxes,” Joe quips. “But I went to Fender and said, why don’t you make a High Power Tweed Twin? And they were like, ‘Well, we’re not sure if anyone’s going to want them.’ I said, ‘There’s a reason why these things are $20,000!’ They’re the greatest amp that Leo ever made, and one of the rarest.”

Although, as Bonamassa has noted in the past, you are more likely to get trouble-free service from a 60-year-old tube amplifier than you are a 10-year-old iPhone, the march of modernity means that Fender can’t make them exactly like they used to. “This is as authentic as we can get given modern parts and modern regulations,” he explains.

“You’ve got to have a tube guard on it because apparently in 2017 people are dumb enough to go, ‘You know what would be a good idea on a Sunday afternoon? I’m going to stick my hand in the back of a tube amp and grab hold of a hot glass bottle.’ And the handle’s different. Apparently in 1959 people didn’t sue when the handle broke and their amp dropped on their foot.”

The ’59 Twin-Amp JB Edition will be in stores soon. Other deviations from 1959 spec are matters of preference: instead of the alnico Jensen P12N drivers that were prone to blowing in the original models, the amp features a pair of slightly modified Celestion Classic Lead 80s – “Chinese or not, they are the perfect fit for the amplifier” – while the preamp has a 12AX7 in the first position rather than a 12AY7, so that it breaks up a little earlier. 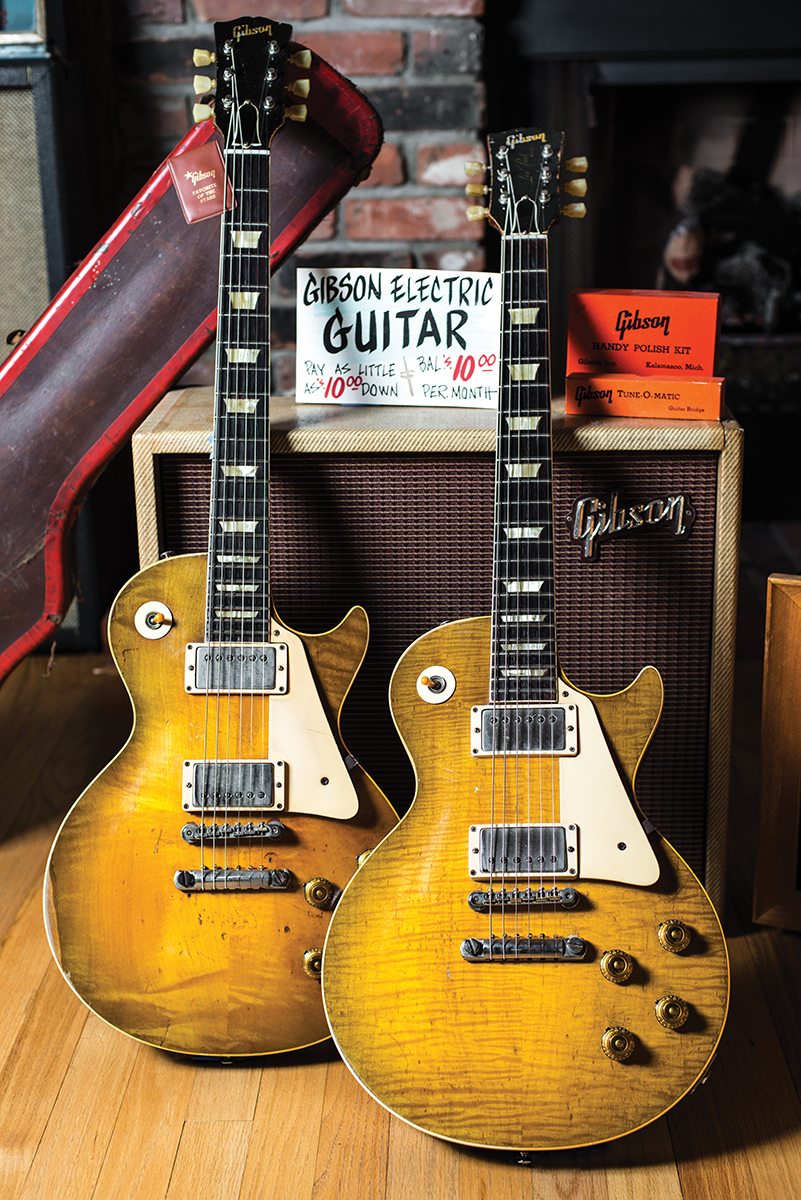 “Plenty of people are making things with new-old-stock parts and saying, ‘I used this, I used that,’ – and that’s okay,” Joe remarks. “But at the end of the day, instead of making an Enzo Ferrari, let’s make a Ford. Let’s make a car you can drive every day, with modern parts, so that you can plug it in, crank it up and play it. And the great thing about this amp is that every guitar you put through it, whether it’s a Strat or a Les Paul or a 335, it sounds like that guitar.”

On the day that our conversation takes place, Joe has just taken delivery of the first two signature amps off the production line. For someone so immersed in the history of golden-era electric guitars and amplifiers, it’s clearly a genuine thrill. He has also ensured that the whole package is personalised: “There’s a sample settings card on the top of the amp that has one setting – my setting!”

So we’ve got the amp. And we know what his settings are. Now all we need in order to sound like Joe Bonamassa is a $200,000 Les Paul… and a hell of a lot of practice!
Black Country Communion’s new album, BCCIV, is available now via Mascot. The band play Wolverhampton Civic Hall on 2 January 2018 and London Eventim Apollo on 4 January.