We speak to Abraxas guitarist Carolina Faruolo on how she keeps her melodic guitar work loaded with character, with little need for a crowded pedalboard. 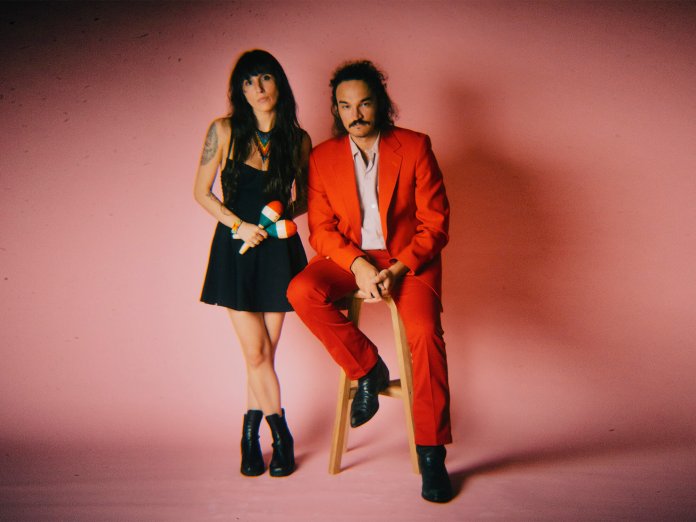 If you’re in the UK right now, it’s probably miserable outside your window. It’s dark before 5 PM, and it’s probably drizzling. As we desperately pine over the sunshine, many of us are longing to be whisked away somewhere warm. So, what if we told you we know a band who might just be able to transport you there?

“We jokingly say we’re just introducing you to Planet Abraxas, ‘cause it [the album] is gonna take you to a bit of a different realm,” Carolina Farulolo tells us over Zoom on a drab Tuesday evening. The guitarist grew up in Uruguay and now resides in Manchester, but her love of classic chica artists, melodic guitar and what she calls “tropical music” has never faded away.

Along with Danny Lee Blackwell of Night Beats, the duo form Abraxas, a project inspired by the Santana album of the same name. Their debut record Monte Carlo offers up splashes of psychedelia, funk, and soul with lolloping Latin pulses and warbling vocals. Having previously been the guitarist in Cumbia-inspired band Los Bitchos, guitar melodies that originate far from the North of England run through Faruolo’s blood and onto her fretboard like second nature. Yet, the idea to form this band wasn’t necessarily planned.

“We didn’t really set off to do a band or a project, we were in the middle of the lockdowns,” she explains. “I had some demos ‘cause that’s what you do when you’re bored at home, I was just writing music and I showed him [Blackwell] some of the stuff I was working on and he was like ‘Oh, that’s really cool, it reminds me of Abraxas by Santana’.”

Eventually, Blackwell began sending back audio files from his home of Texas of his added vocals and further chord progressions to the demos – and soon the pendulum motion of making music together whilst in different continents began. Eventually, the chance to make an album arose, “Mostly what Danny does with the lyrics I do with the melodies – I put all my emotions into the guitar melodies and Danny takes them to another level,” she says. “The topics of the lyrics are really varied; they don’t convey one specific feeling, it’s all kind of mystical and nothing related to everyday life.” 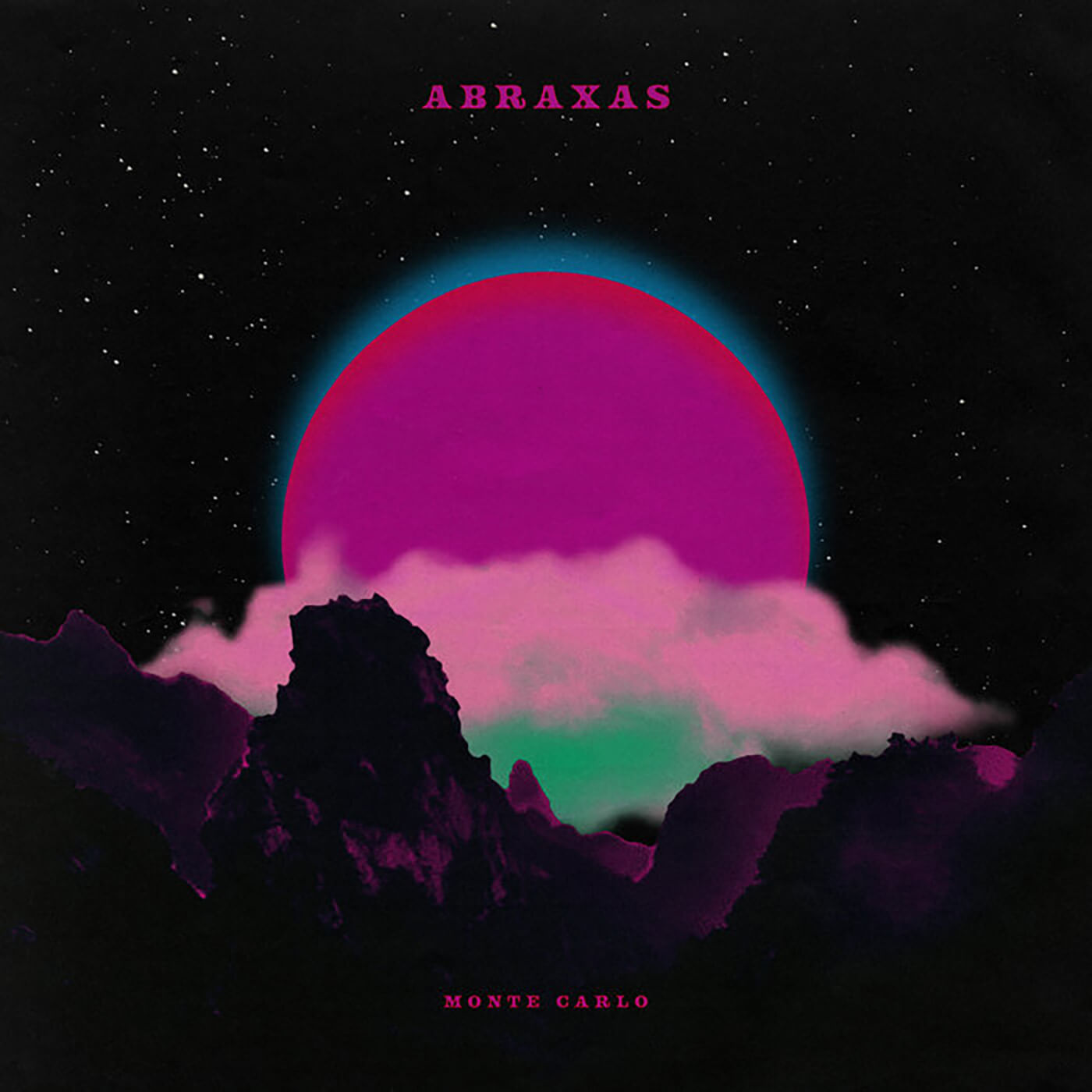 Her guitar journey began with lessons back home in Uruguay, and it wasn’t until moving to London (where she joined her previous band) that Faruolo realised this was something she wanted to take seriously. And serious it became: “For me the melodies on the guitar are the lead character, normally you have the lead vocals taking all the melodies together but for me it was the guitar,” she explains. Now with Abraxas, Faruolo and Blackwell overlap both voice and guitar, which Faruolo says allows for things to “get really playful”.

The key to unlocking a guitar which channels all the main character energy you could ever want is keeping things simple, but finding those little gems that add a distinctive voice to your vessel, Faruolo believes. “I recorded most of the [tracks] on an Eastwood Gemini which is this really cool star shaped red guitar, I’ve toured with it loads and I just love it. It’s twangy and clunky, it sounds like you’re playing inside a metal pot.”

Although Faruolo notes she made a recent swap to a Fender Meteora for more pickup options, there is one key element to her pedalboard she can’t go without: “I also got this little octave pedal I use for live [sets] ‘cause there’s this little trick that tropical musicians always do when they’re using a guitar melody, they start repeating loads and it doesnt come across like it’s the same riff again.”

She goes on to explain, “They play it an octave lower or higher so it sounds fresh, so I got that pedal so it can do it for me, so I can swap or change instead of swapping from one section to the other, and it can play many octaves at the same time if I want to mix things up.” Her voice twinkles with excitement over the call like audible glitter as she speaks fondly of her handy hack, “It’s like I’m playing with an orchestra of twangy guitar, so that one really has been a little wild card for me for sections of the song, to accentuate moments.”

Aside from her love of toying with octaves, the rest of her set up is straightforward – a small Fender amp which she says is “really standard” and pedals for chorus, delay and reverb. “I don’t have any crazy pedals… It’s choosing the guitars, choosing the little pickups and little details here and there [that works for me].” She pauses to ponder for a moment, “I used to have an overdrive pedal but it always sounded too harsh,” she adds. “‘cause everything’s like ‘la la la la happy’ and it’s like ‘rahhh!’, too harsh. I sacked that one off,” she chuckles at her very technical explanation.

And with new beginnings comes a new opportunity for change – since forming Abraxas, her rig has adapted since her time with Los Bitchos, “I used to have a different reverb pedal for that era. It was this vintage Danelectro [DSR-1 Spring King] pedal, I loved it but it was such a problematic child! It never did what you wanted it to do, it would disconnect and make weird noises and I would crank it right up but now I’m a bit more conservative with my reverb, I get the guitar to cut through a bit more.”

Monte Carlo is carried by the trance-inducing guitar played by Faruolo, and many would argue she deserves all the flowers for the melodies crafted on the record, but she remains humble: “I find it weird when people do come to me and say, ‘wow, your guitar sound is really special’ – I don’t know anything else.” 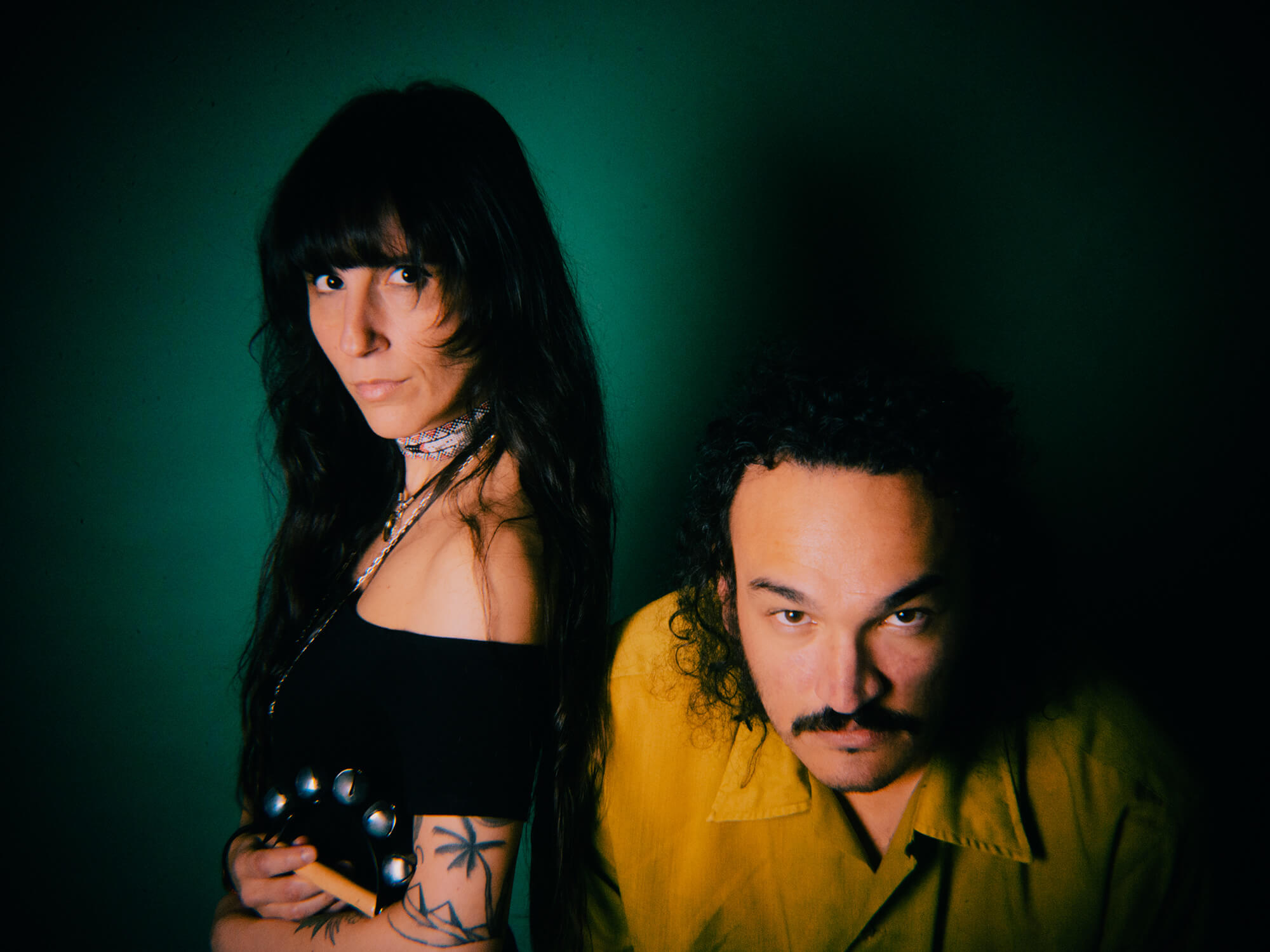 And just as the warm breeze never stops over on Planet Abraxas, the music doesn’t either. Faruolo confirms album number two is already underway and songs for their sophomore body of work are already “drawn up”. Work will continue on new material whilst the pair embark on touring. In the meantime though, the duo are bringing a full tropical storm to the stage, “We’re working on setting the live show up ‘cause we wanna make it a full live band rather than a backing track because it’s not the same experience.”

Although her camera is off, we just know her eyes are growing wide, “We’re like, ‘what if we get loads of trumpets and percussion in and be like a 15 piece like Gloria Estefan!’” She giggles before adding, “We like to play live as much as possible. That’s the three to five year plan, just to make it a really good vibe for people who come to our shows.”

It looks like Monte Carlo is just the entry point into this new musical world, and it’s already pretty inviting, “Each song sets up a place where your mind can go, places filled with palm trees and jungles and cocktails by the pool – it’s somewhere you can take your brain and put it on a little nice cushion,” Faruolo says. “Find the details in it, and it should take you to another planet.”

Monte Carlo is out now.