“We wanted to pay attention to the details that only guitar geeks would appreciate”: Epiphone on the ’59 Les Paul

To get the backstory on Epiphone’s first collaboration with the Gibson Custom Shop, we catch up Epiphone’s product manager Aljon Go and director of R&D Richard Akers. 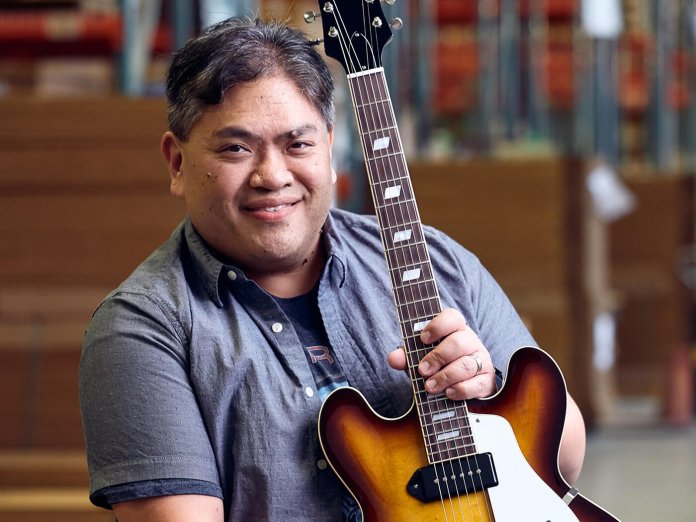 What inspired Epiphone’s tie up with the Gibson Custom Shop?

Richard: “We’d been talking about having an upscale Les Paul with our head of product development, Mat Koehler, who is from the Custom Shop. He suggested we should collaborate to do it right. Since the new ownership has taken over at Gibson, there’s a much greater spirit of collaboration between the various teams. The Custom Shop helped us to refine a lot of the details and I oversaw the product development from a technical standpoint.”

On which areas did you focus?

RA: “Our regular Les Pauls are nicely built, high quality instruments, but we wanted to pay attention to the details that only guitar geeks would appreciate. For the 1959 we’re using very high-quality components and the build includes the 1950s long neck tenon. We also made some refinements to the plastics and used 50s wiring. It’s a nuanced thing, but it has a big effect on the way that the controls interact.” 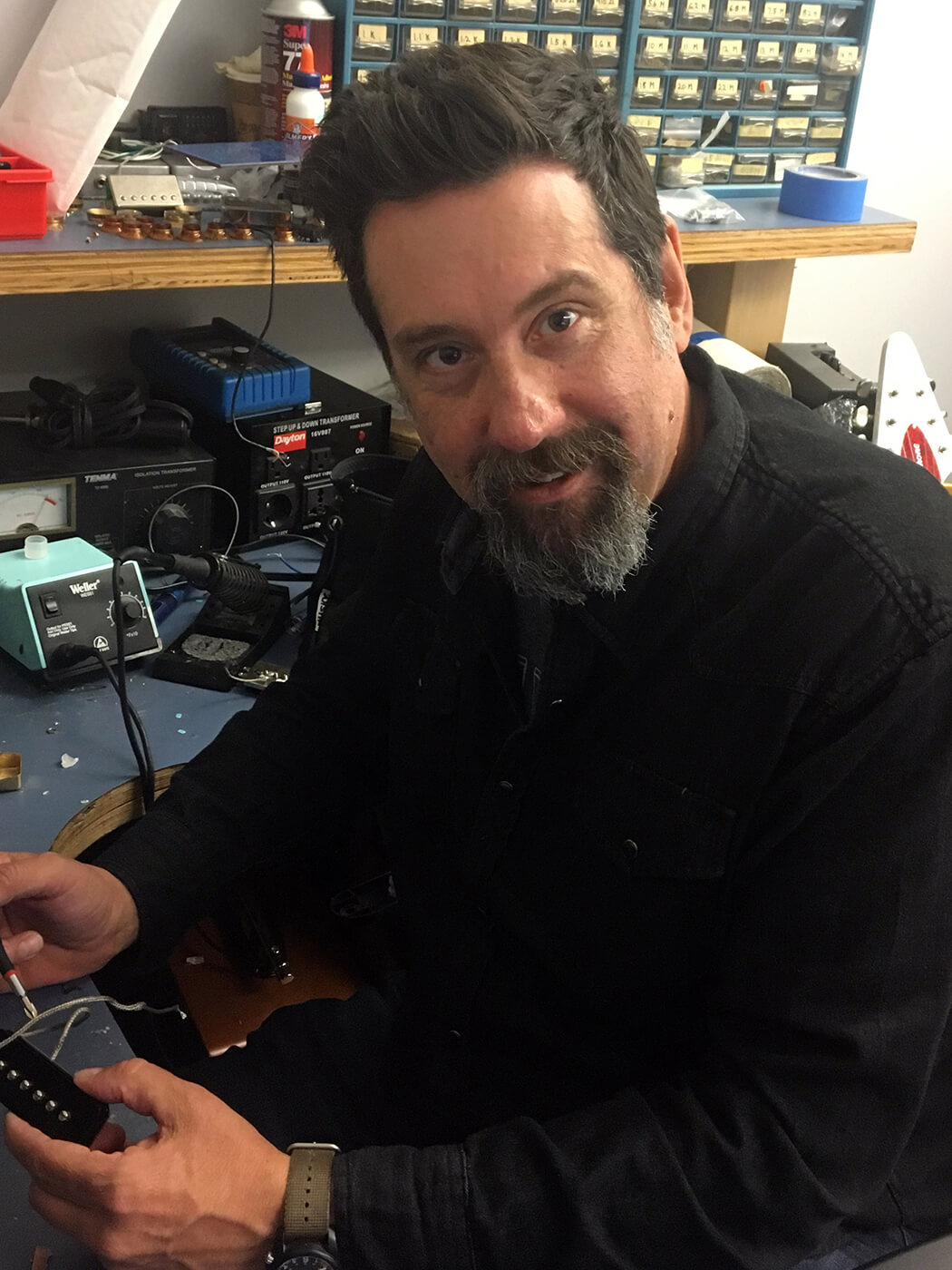 And the aim was to recreate a 1950s neck profile?

RA: “Absolutely. I worked with the Custom Shop to hone in that neck profile. We wanted it to be authentic and it’s a nice, chunky but comfortable neck.”

What was the thinking behind the satin finish?

RA: “We were shooting for that aged, worn-in look. Also, the finish is thinner than the gloss poly we usually use, and that works great for resonance. It’s not an open grain matt finish, we just took the shine off.”

Will laurel fretboards be a permanent feature on Epiphone guitars?

RA: “There’s a possibility that we will revert to rosewood, but we have found laurel to be a superb substitute. It sounds right and it looks the part. As long as the CITES thing continues and shipping concerns are what they are, we’ll stay the course.” 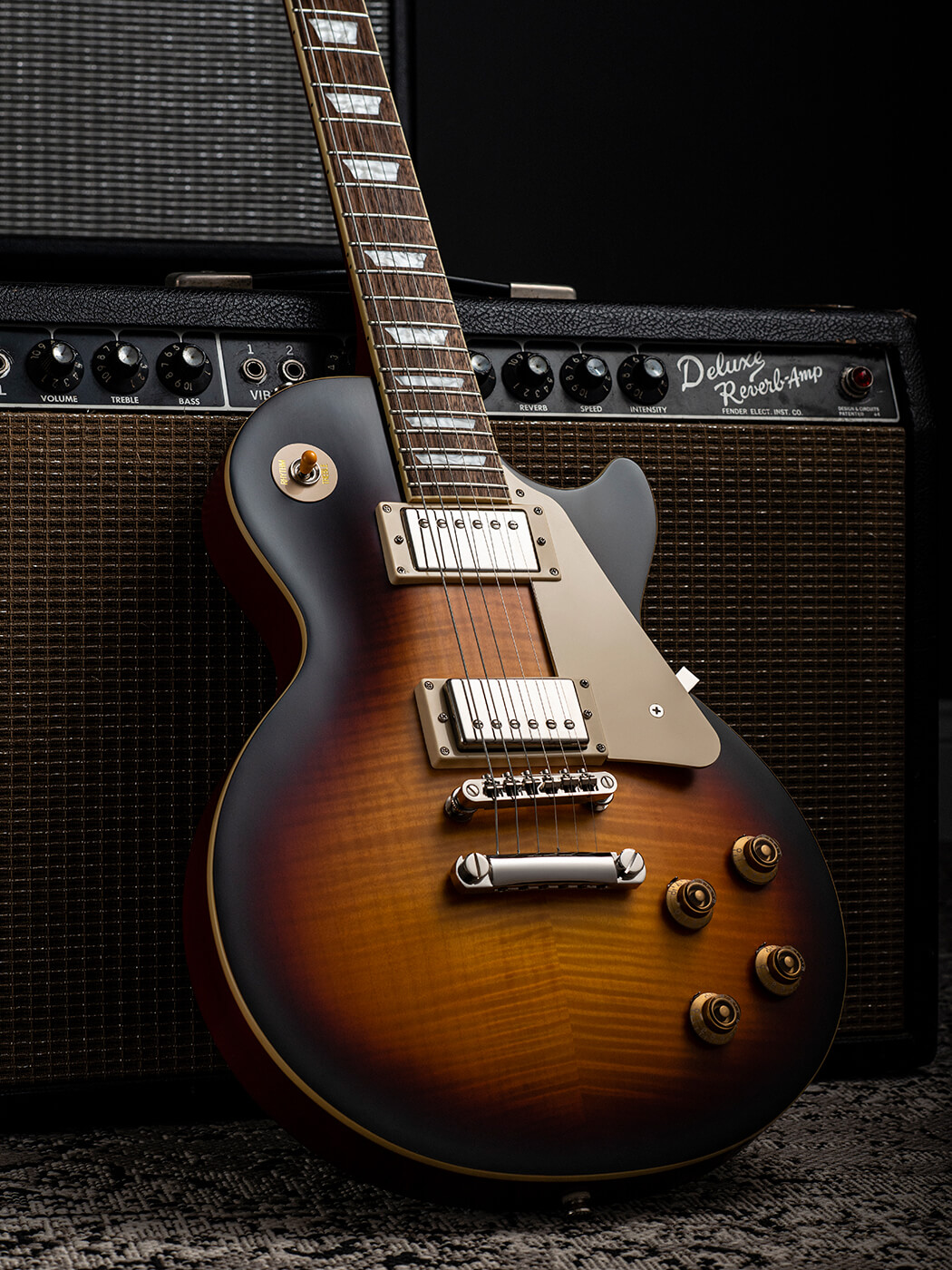 Could making Epiphones too good could conflict with entry level Gibsons?

Aljon: “No, I think the key is giving players choice. If they want a made-in-the-USA Gibson, they have something that is accessible with nitro lacquer. But if they want more vintage accuracy, great locking hardware, something that looks the part and is ready to gig out of the box, the Epiphone is a great alternative. And you get a case with a pink lining! Yes, it’s built overseas, but it’s a premium guitar.”

Will we see more collaborations between Epiphone and Gibson?

AG: “As the walls between our various Gibson and Epiphone business units started breaking down, all of us worked as a think tank to come up with new ideas. We found a kindred spirit in Mat Koehler and he was able to advise us how to make great guitars even better. This is the type of synergy you’re going to see from us moving forward.”

RA: “Our Chinese factory has really hit their stride. A lot of those guys have been working for us since the factory opened in the early 2000s, so they have a lot of experience.”

AG: “Some actually worked at Gibson before moving to Epiphone. Guys with decades of experience in the US are now living in China and working at our factory. They oversee all of our production. Richard and I are dedicated to the Epiphone brand and making the best guitars in the company’s history.”

Visit epiphone.com for more. Check out our review of the Epiphone 1959 Les Paul Standard here.