The band take a straightforward yet bold route on the new self-titled album. 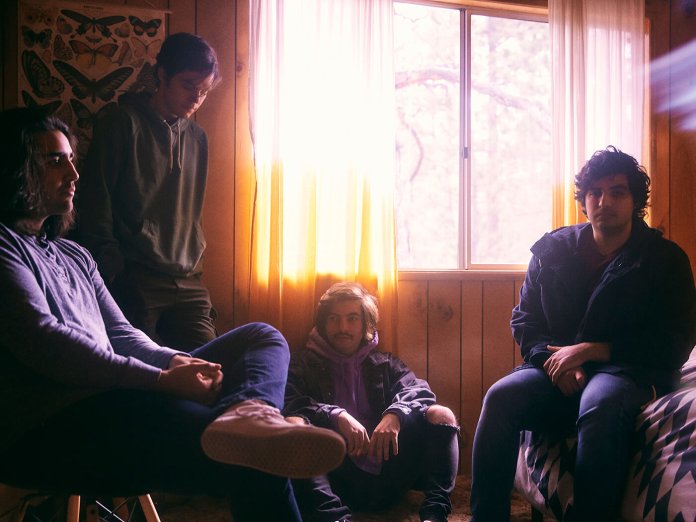 San Diego instrumental rockers CHON have been pushing the boundaries of progressive rock since their formation over a decade ago. As far as forward-thinking musicians go, few are as ambitious as this trio. Their unusual technique, which melds effect-heavy guitar sounds with electronic music, trip hop and more, has translated into tens of millions of streams on Spotify – and tours with the likes of Animals As Leaders and Circa Survive, among others.

Their latest, eponymous album, however, sees the trio attempt to streamline their methods. But that does not mean CHON is taking it down a notch. On the contrary, guitarist Mario Camarena says, “We really wanted to make songs with more simplistic structures, but also the craziest parts we’ve ever had musically.”

To find out more about what went into the band’s latest album, we asked guitarist Erick Hansel to give us some insight on five of his favourite tracks on CHON.

“This song started out with clean guitar tones. We had an idea to re-amp the clean tones to one guitar pedal over one guitar and a different pedal for the other guitar, messing with the parameters of the pedal in real time while recording. Two pedals used were the [Old Blood Noise Endeavors] Flat Light and the [Dwarfcraft Devices] Ghost Fax for some cool whale sounds. We love the contrast of the fast drum and bass beat over the trippy guitar chords.”

“The acoustic parts on this song were done in our home studio where all the other guitars were tracked. We just set up some room mics and played on this half-sized nylon-string guitar. This song is actually the first song we’ve done in a different tuning. We’ve always wanted to catch some spooky vibes on a track and we finally did.”

“For Visit we wanted to have a song that had one main drum groove and one main chord progression throughout the song. Most of our songs feature many changes so we wanted to try something new. We named it Visit because the song sounds like you’re on vacation.”

“Originally there was going to be singing on this track, but when all the instruments were tracked, we felt it said enough as is. This song has a feeling of gratitude to it, so we named the song Thanks to thank the fans for listening to the album.”

“Ghost was the first time we created a whole song from one drum loop. We just wanted to shred over the whole thing, so we kept it short. Throughout recording, we referred to the song as ‘ghost note’ because the drum beat had so many of them, but we decided to name it Ghost for short.”

CHON is out now via Sumerian Records.