“TikTok is the one platform that really helped”: Eyedress on reaching new fans and making the most of musical friendships

A mainstay on numerous breakthrough artist lists, Idris Vacuña discusses the perils of the industry, the power of TikTok, and growing up in a "poor environment" in the Philippines.

When a punk dude with dyed hair and tight pants asks you to play bass for him, you say ‘yes.’ That’s exactly what happened to Idris Vicuña, also known as Eyedress, when he met the band members of The Liberal Underground outside a San Clemente movie theatre. After joining his first band at age 13, he quickly dove into different musical genres and the world of indie music in projects such as Claud Winters, Bee Eyes and more recently, The Simps, with his niche taste for music stemming from skateboarding videos in the SoCal scene.

His best friend was a hardcore emo guy, and he had a high school classmate who played drums for Ty Segall, which inspired Eyedress to rock up to class with bass riffs and mod 60s blazers aplenty; he was in some sort of alternate universe to the edgy dreamers of early 2000s Orange County. Nevertheless, he had a whole life before moving to the States.

Eyedress grew up in Manila, navigating life with anxieties at a young age. He recalls “in the Philippines, I was in a really poor environment, so I don’t think I had the chance to listen to music the way I did when I was in America.”

His paranoia set in early on when he received death threats and learned to protect himself from Filipino street violence, vocalised on his 2017 album Manila Ice, which also highlights his insecurities as an outsider to the typical Hollywood-ised ‘American dream’, whilst internalising a profound sense of self.

Eyedress has been making waves on indie shoegaze scene for some time now, not least with his song, Jealous landing on Billboard’s Hot Alternative Songs chart, and appearing on Rolling Stone’s 25 Breakthrough Artists list. That rise to fame has been supported by global communities online via social media outlets such as TikTok, a platform that “helped reach all those kids who are fans now. I was always paying attention to what new things were coming out and shared my music on all platforms. I think TikTok is the one that really helped.”

As his engagement to his audience increased, so did his other connections, including psych-pop artist Mac DeMarco. Before Eyedress was signed, he met DeMarco in Singapore, opening for him under another moniker before his solo project took off. When he moved back to the States and settled in Los Angeles, DeMarco gifted him a synthesiser on which he wrote Chamber of Reflection.

Their relationship was affirming in many ways, especially when paranoia re-emerged through drug related headlines about other musicians within the industry. Mac was a ray of light for Eyedress. He remembers the time DeMarco got him backstage at Coachella, “those were uplifting experiences. Mac [Demarco] got me VIP passes and made things possible. All the experiences I had made me realise it was all meant to be, and we weren’t too far from making success a reality for ourselves.” 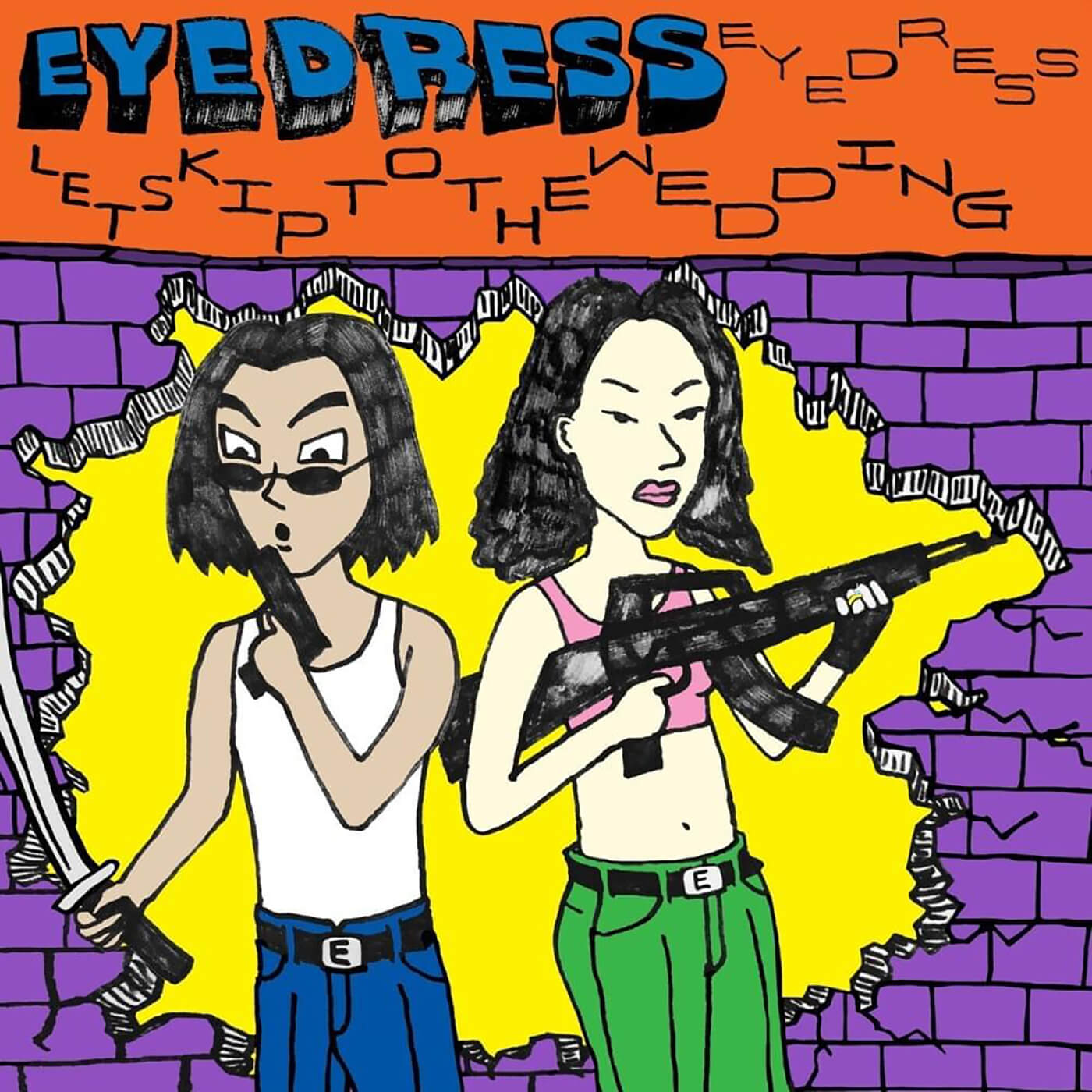 Soon, Eyedress was ready for the world to catch up with him. Things really took off in 2018 after the release of Jealous. It wasn’t an overnight success, mind you, as Eyedress reveals, “I never thought it could happen, I just put myself out there. It’s crazy that my music mirrors other people’s lives, when they tell me they relate to it.”

Eyedress met his other noteworthy friend and colleague, Archy Marshall, better known as King Krule, in London when he signed to XL Recordings, famous for their work with Radiohead and Adele. “Archy invited me to his house where I smoked a bunch of weed and met his family,” Eyedress reveals.

They collaborated on his first song on Shapeshifter after bonding over their love for 90s guitar, hip-hop and rock music. Eyedress found a musical soulmate, visiting Marshall every time he visits London, and when Eyedress was dropped from the label, his musical peers encouraged him to continue with his craft.

His style began to develop in the studio. All his guitar work is recorded through Ableton, where he’s developed nuanced ways to reproduce guitar sounds like in a realistic, amp-like manner. “I geek out when I program drums and guitar and it sounds real… I love stuff that is more effect driven. I’m really into sound design.”

His single Jealous, was recorded using an old Teisco, but his go-to instrument of choice will always be a Fender Jazzmaster. Through a lot of reverb and endless experimentation, Eyedress has developed his signature sound through listening to championed artists like Kevin Shields and Johnny Marr. 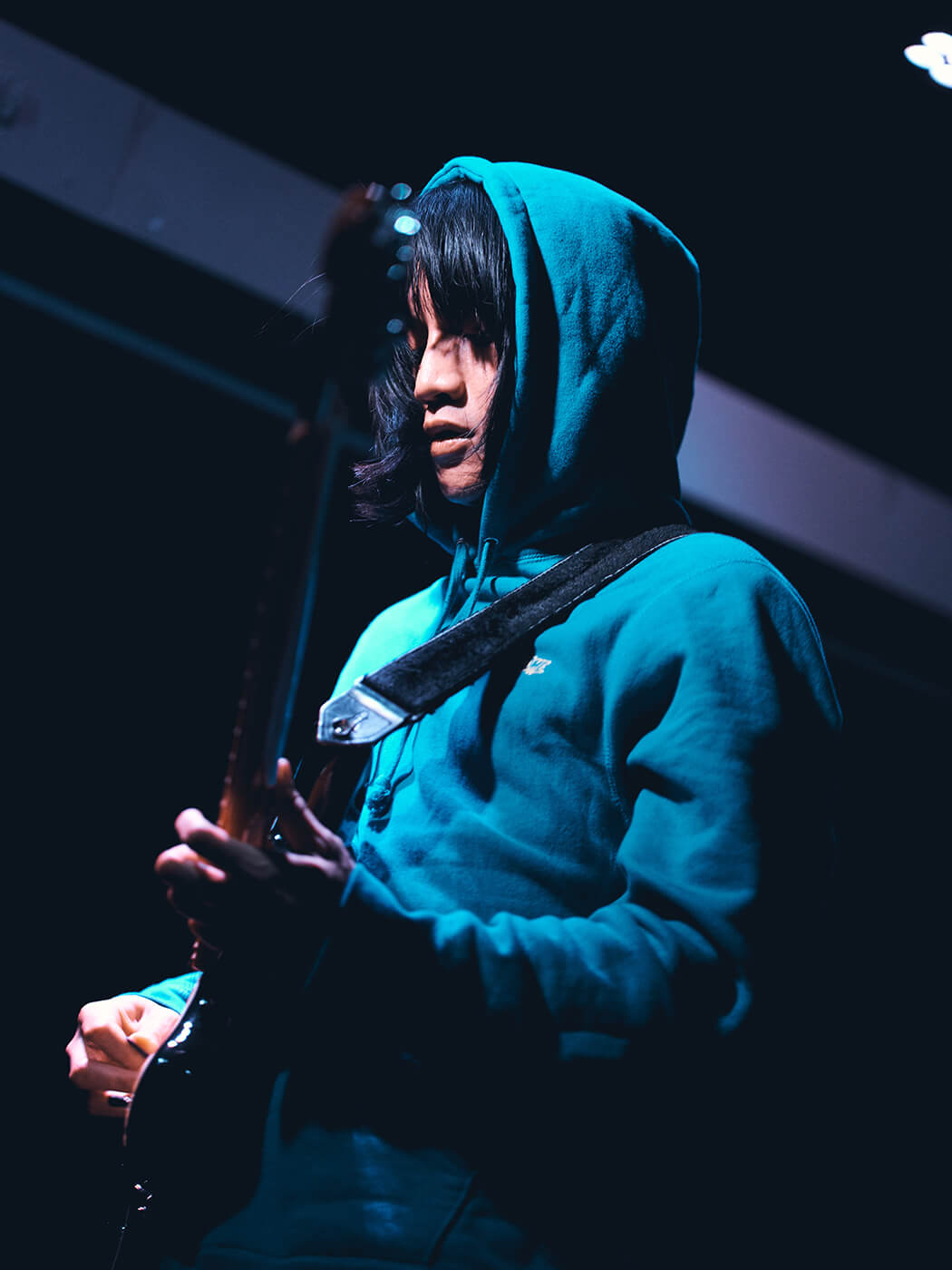 Despite his considered and caring friendships, Eyedress admits that there’s a lot to change in the music industry, as we closed our conversation on the importance of removing the ongoing issues of toxicity and racism.

Similarly, he offers advice to guitarists starting out their musical journey, urging them to be less reactionary and begin by leaning towards amplifying their strengths. “Skill is important, but what you do with what you know is truly great. Everything comes with time, the more you do something, the more you learn.”

For someone who has moved so many times in his life, whether that’s between countries, labels, or indeed musical genres, Eyedress looks to music for emotional escape to and to capture a moment in time.

Let’s Skip To The Wedding is out now. Eyedress’s new album Mulholland Drive is out 27 August.