Farhad Soheili has a hard-earned reputation as one of the best luthiers in NYC thanks to his modern approach to vintage guitars and building yearly-run models. 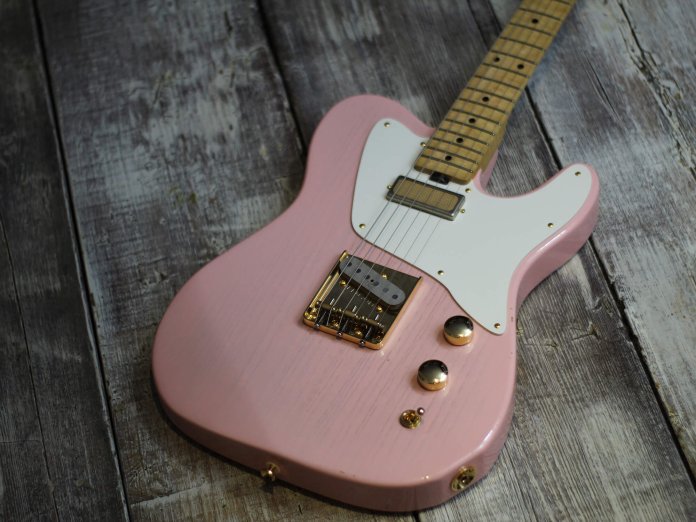 Farhad Soheili has worn many hats in his guitar career to date, at various points in his life he’s been a session musician, and a guitar repairer and restorer in both California and New York – earning a reputation as one of the Big Apple’s most trustworthy restorers. But in 2016 he found his true calling, and established his own guitar company, FSC Guitars & Instruments in 2016.

Working as a small team, FSC base their instruments on familiar shapes and body styles of yesteryear, using hand selected tonewoods and custom-wound pickups to update and reintroduce their guitars to the modern player. “Many of my builds are carefully reverse engineered directly from what I consider the finest built vintage guitars,” Soheili reveals.

With plans to increase production to over 300 guitars a year and the introduction of their first pedal, the KB-1 Oberdrive+, Soheili discusses how it all began. 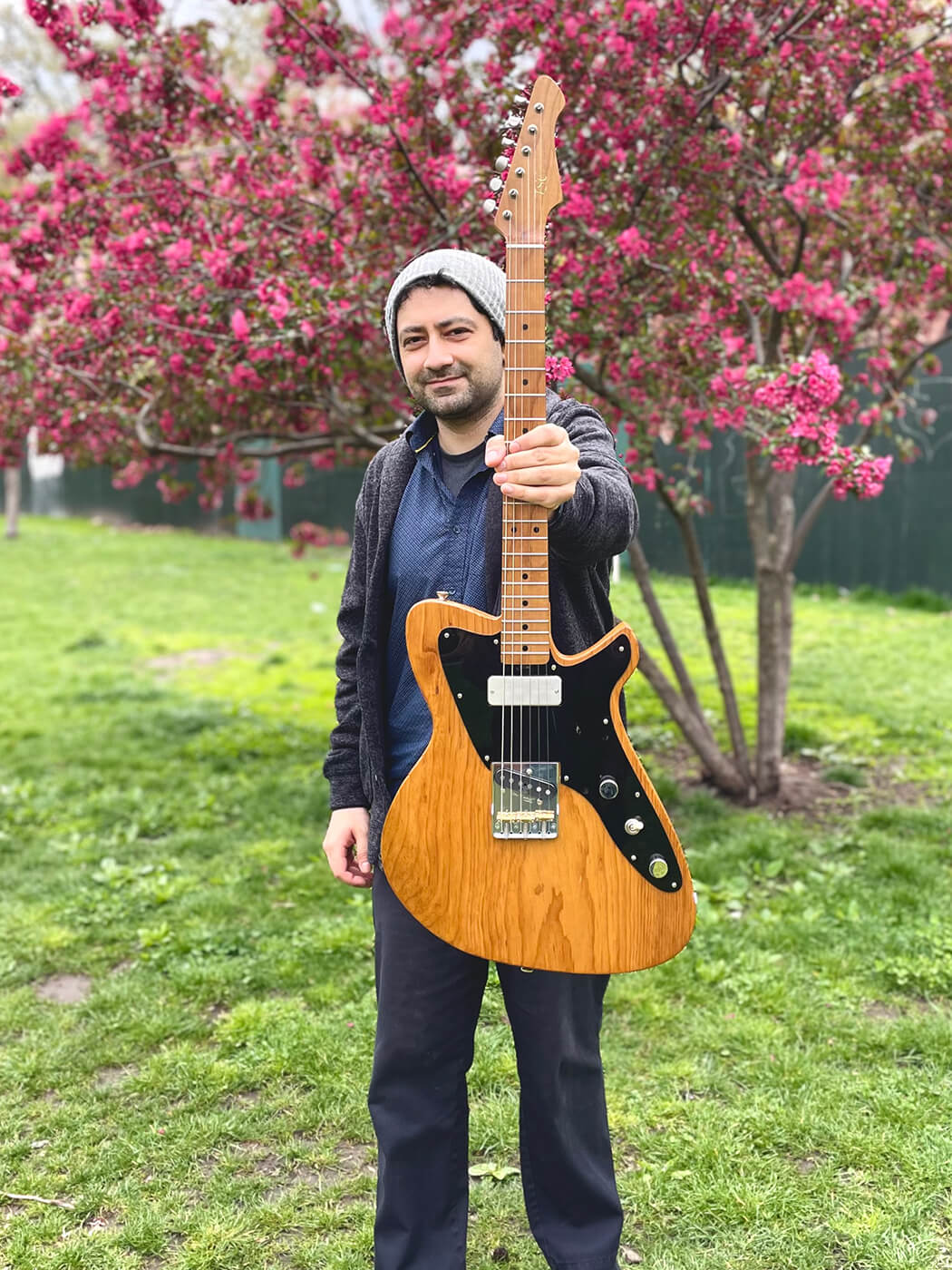 “When I was a teenager, I would spend a lot of time practicing guitar, the guitar I had was a terrible nylon string acoustic at the time. Super high action! I didn’t know what that meant at that age, I was just obsessed with playing and getting as good as possible because I wanted to be like the guitarists in my favourite bands. In my late teens, around 1997, I began dabbling with my own guitar setups and basic repair mods, but it wasn’t until my late 20s after being a session guitarist for a bit that I started repairing guitars professionally, then eventually building.”

You worked as a luthier before running a respected repair shop in NYC. How did that experience help you develop the instruments you build now?

“Yes, that experience helped a lot. I think it’s invaluable to have some guitar repair knowledge and experience before getting into building. To me that was a natural progression. It also helped me incorporate the most common customer requests into FSC Guitars when we started building like compound radius fretboards, 6105 frets, etc. It also helped to have years of fretwork experience before building guitars for other people.” 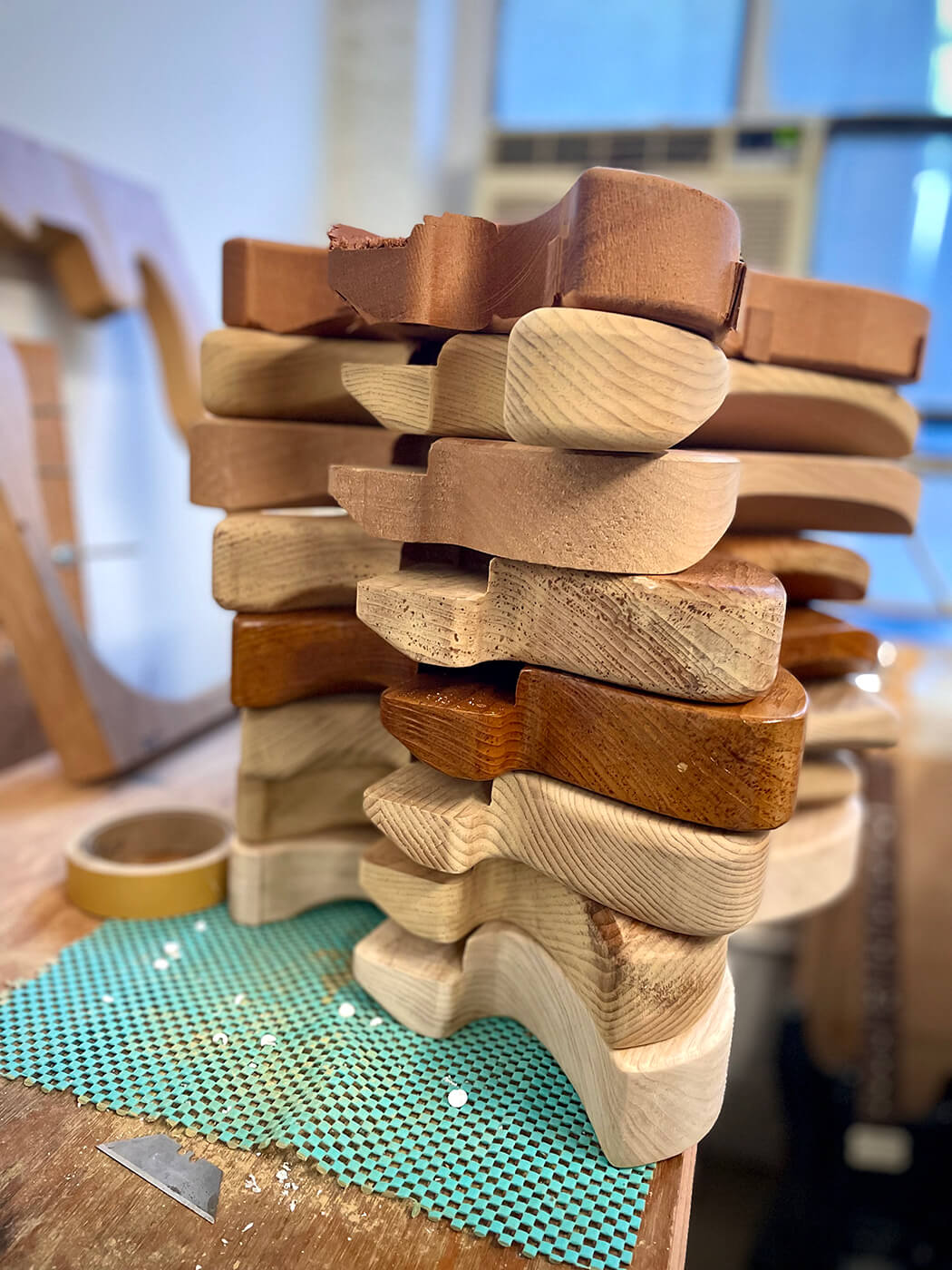 Despite building electric guitars you choose your tonewoods like an acoustic luthier. Why is that?

“I want to build electric guitars that are acoustically resonant as well. That really helps the final product stand out. Lately I’ve really gotten into tempered tonewoods; tempered pine bodies and maple necks. They are phenomenal, they really sound like a well-aged and played instrument right out of the box.”

All your pickups are wound in-house, too. Was that a conscious decision?

“That’s how we started out, currently we wind some of them in house and some of them are done by other pickup makers to our specs. Gemini Pickups does a number of them. I’m a big fan of Rob’s work.” 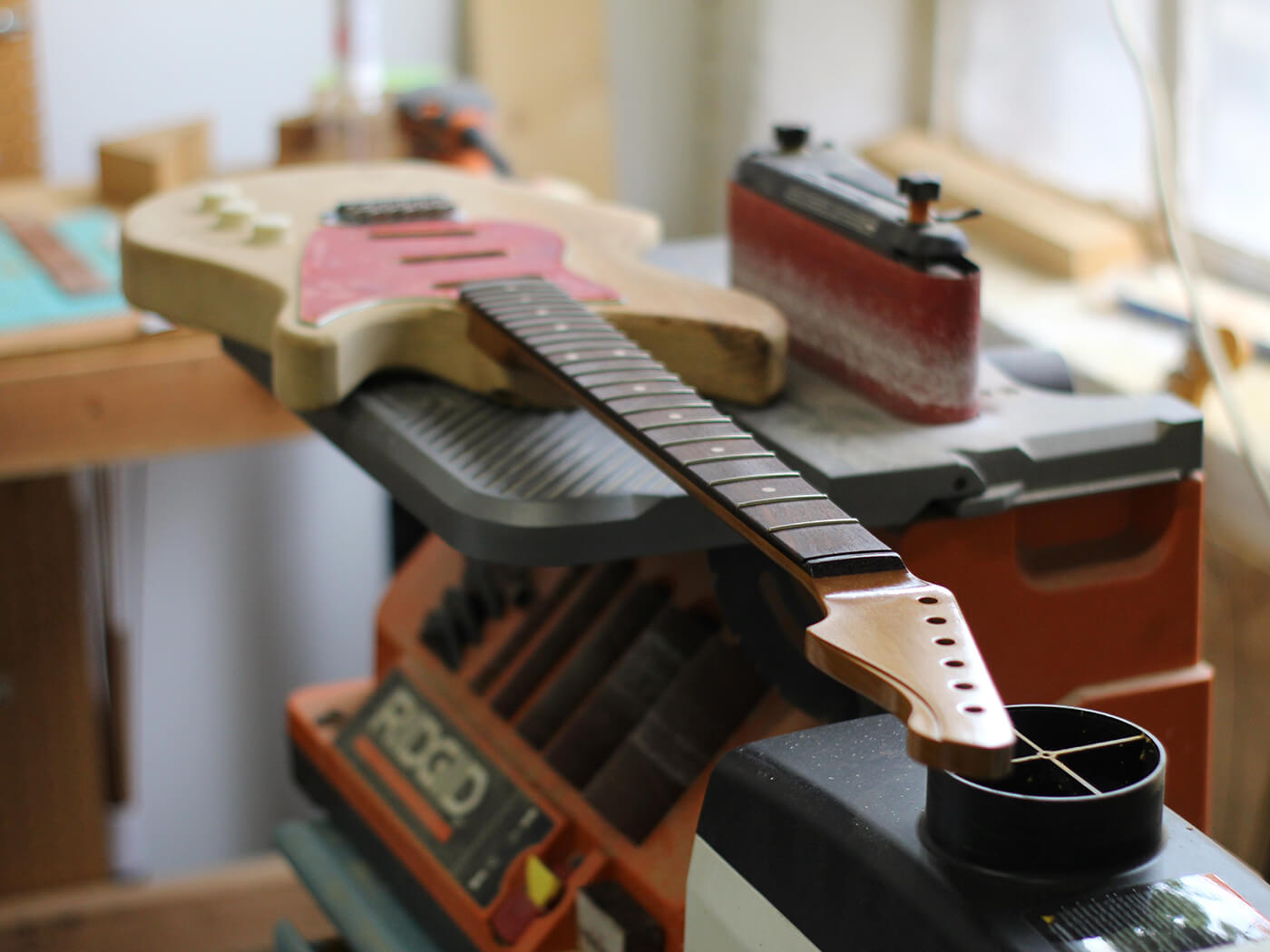 Why do you build limited, yearly run models?

“I don’t think FSC Guitars will ever end up in big box stores with tons of output. That would be a really strange thing for me. We are a very small boutique guitar company and quality being the main objective limits the yearly output. However, plans are to keep growing each year and that inevitably means more instruments. I think at most we would only do 300 to 400 guitars per year in the future. That would be a lot to me and a devastatingly tiny number to other guitar brands.”

Would you consider introducing an ‘off the shelf’ model in the future?

“We do have several standard models at this time, but they can be fully customized in terms of neck profiles, pickups, wood, and finishes.” 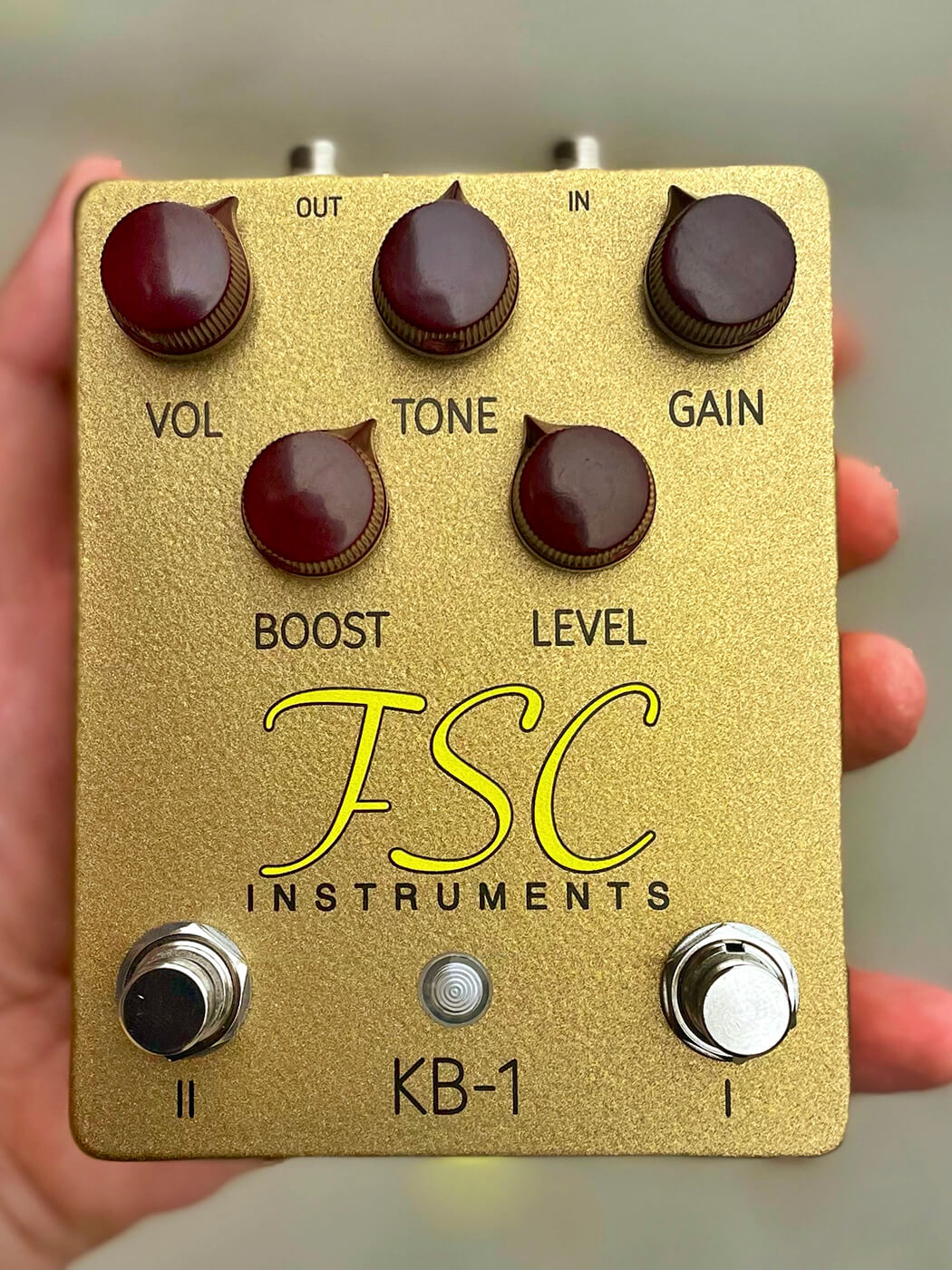 “I already had my foot in the door from doing repair work for so long, so it was probably faster for me to build and sell guitars with the small reputation I had built in New York City as a luthier. That really helped to already have a customer base starting out.”

“No, we did not. However, we did take a small investment after the first year to help grow.” 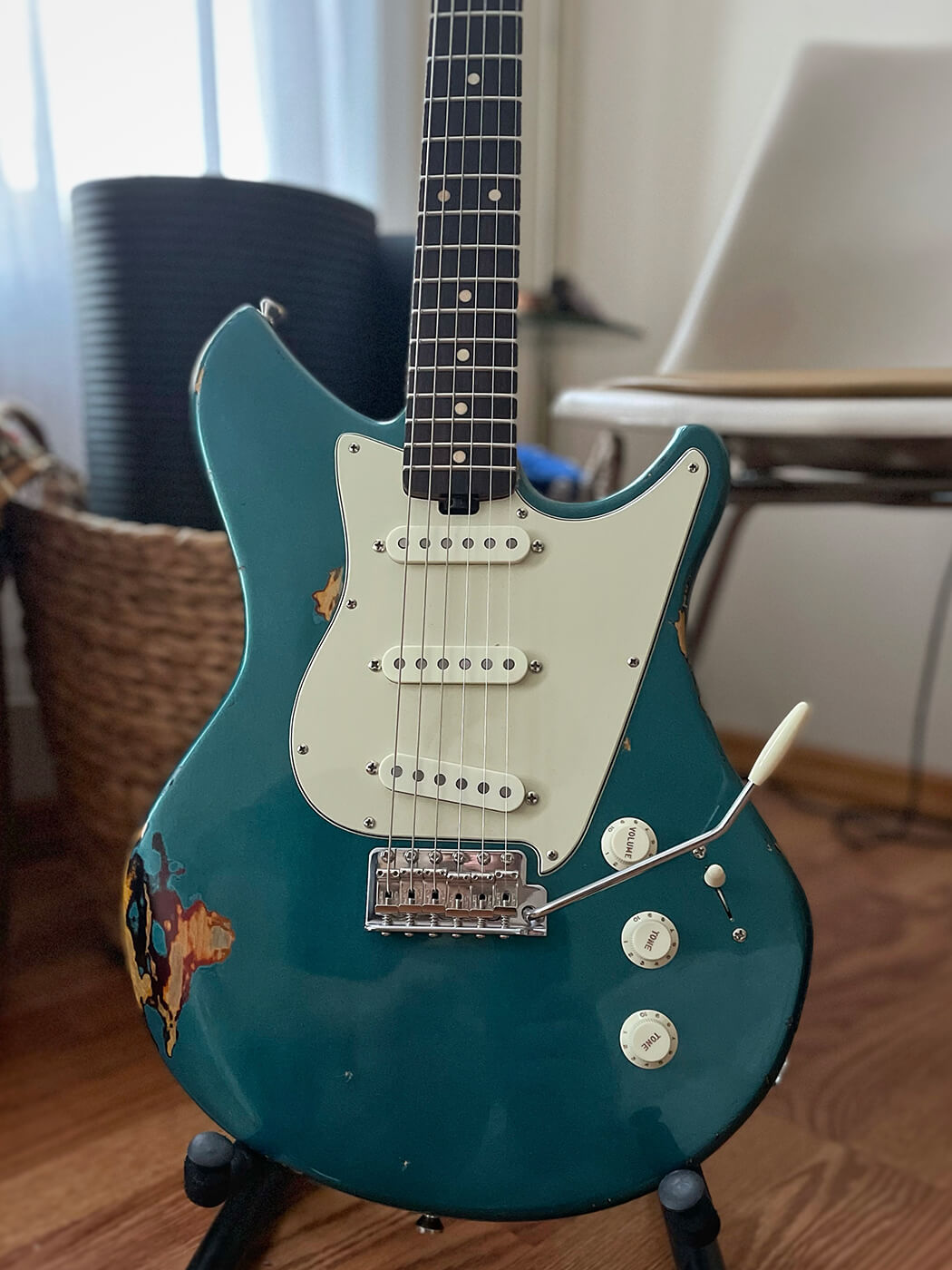 “It’s when someone receives their guitar and is ecstatic about it. That doesn’t get old.”

What’s next for FSC Instruments?

To keep growing the company at an organic pace. To keep coming up with new products and cool designs. In 2021 we put out the Highline Series of guitars which I designed during quarantine downtime, and released a new product, our first effects pedal: The KB-1 Oberdrive+, which we are very excited about.”