Here, Koehler lifts the lid on the painstaking work that went into recreating Jimi Hendrix’s SG Custom and Flying V. 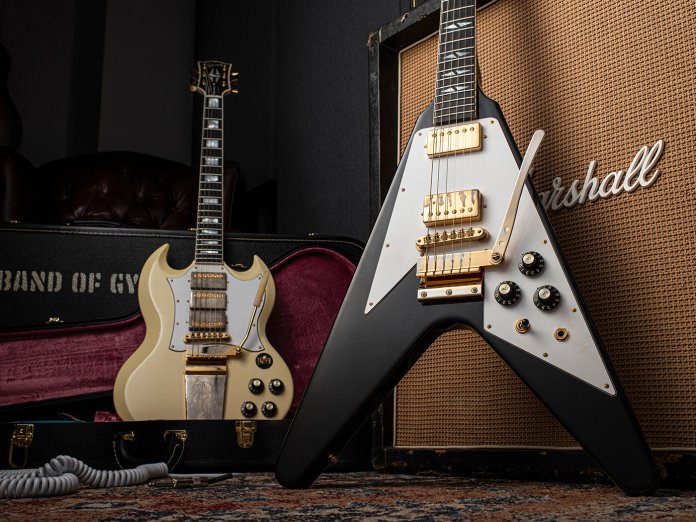 Can you tell us about the R&D process that went into the new Gibson Custom Jimi Hendrix models?

“We started a conversation with Janie Hendrix [Jimi’s sister and CEO of Experience Hendrix] a couple years ago and she has been awesome to work with from the start. She gave us the keys to amazing Jimi Hendrix assets and photo references and provided some great creative feedback, especially about incorporating Jimi’s stage outfits into the case interior and about some of the case candy details.

“The original guitars are owned by Hard Rock and due to COVID we were not able to physically access them, however we had hundreds of detailed photos and measurements and access to vintage instruments of the same years to reference. In all, it took about a year to go from the idea to the approved prototypes and cases, case candy, et cetera.” 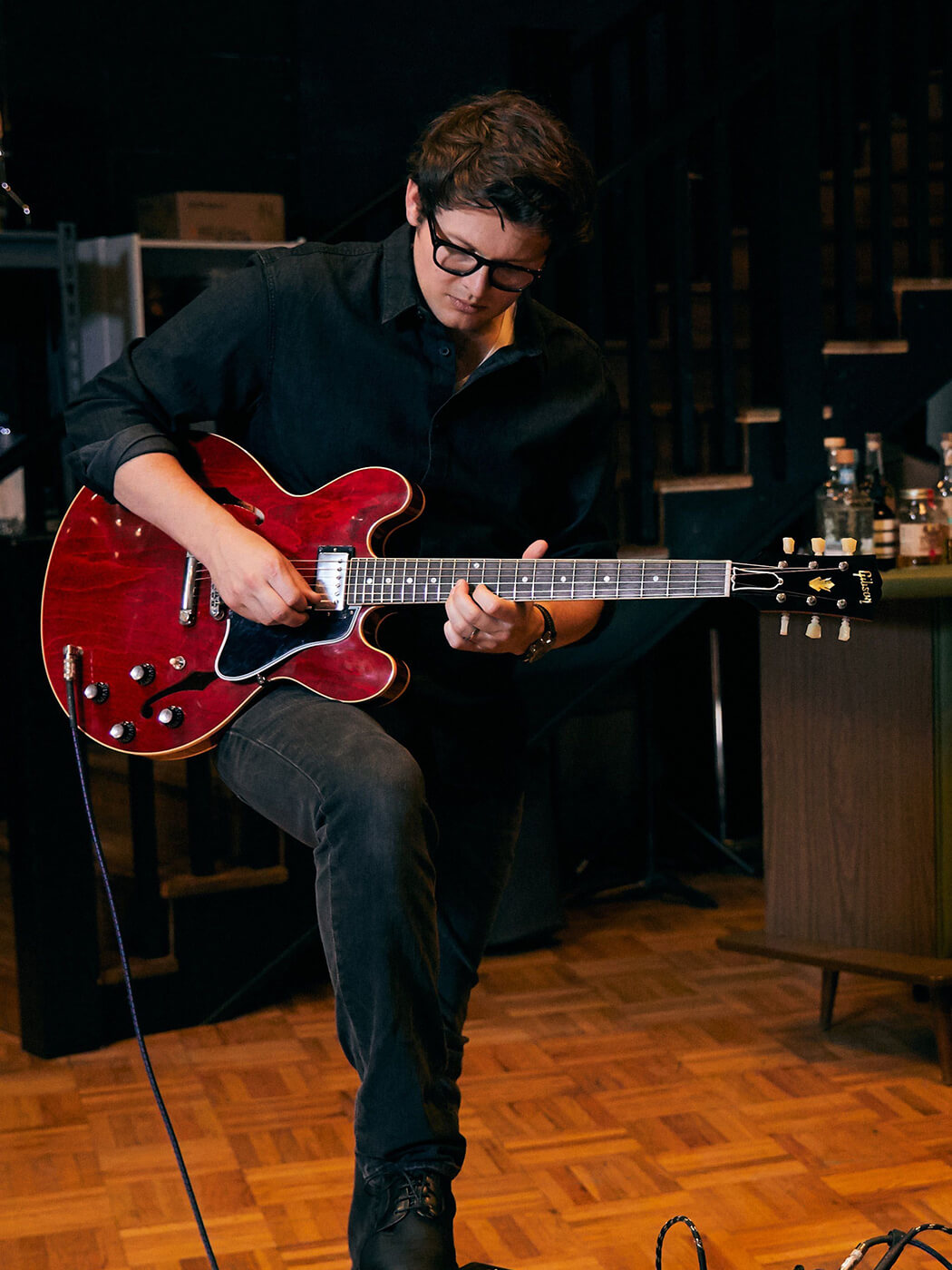 These guitars represent some of the first fruits of the Murphy Lab. Obviously what goes on in Tom’s lab is top secret but, as a vintage guitar aficionado, how do you feel about the recent work you’ve seen coming out of there?

“As someone who’s strived to make sure we’re doing everything in our power to provide a vintage ownership experience with our reissues and artist model recreations, I am proud to say that Murphy Lab enabled us to take everything to the next level. In terms of look, feel, authenticity… it’s the best of the best!

“Tom Murphy himself is blown away every day. Just yesterday Tom showed me a Goldtop he was working on that was indistinguishable from a well-played 1950s Goldtop and we were both giddy about it, holding it from all different angles and taking pictures… there’s seriously exciting stuff happening there in the Lab!”

Were there any period features that didn’t get replicated on the Jimi Hendrix models?

“The Flying V is spot on. The SG has a couple minor deviations like the nut width and the neck heel joint – we simply weren’t able to produce either in quantity because of the tooling and fixturing and timeline required. Fortunately, in all the Historic Reissue and Made 2 Measure builds we do at Custom Shop, we never get requests for the narrow nut width or long neck heel. So it made the decision easier not to add a year to the development and engineering just to incorporate those tiny elements.”

What are the differences between the pickups in each model?

“We went with our alnico V ’68 Custom T Top-style pickups in the SG and alnico III Custombuckers in the Flying V just based on what we knew about the output of the originals. The originals have patent sticker humbuckers, which are very close to original Patent Applied For humbuckers with the exception of some negligible aesthetic changes to the bobbins and poly-coated winding wire instead of PVA-coated plain enamel. And they were usually alnico III or V magnets, like those we used.”

Hendrix is thought to have leaned on Gibsons for his more blues-orientated performances, but there’s still a lot of mystery surrounding his use of gear in the studio. Were any secrets unearthed during the process of replicating these instruments?

“Yes! I was shown some photos of Jimi playing some Gibsons in the studio, including a Les Paul Special. I think I’m one of a few people who have seen those photos… but I don’t know the context and I don’t know if I’ll get in trouble for telling you that [laughs].”

Finally, V or SG… which would you choose?

“This is a really tough one. Can I turn the question around? What would you choose? I have no idea. They are both cool in different ways. Maybe the Flying V because it was a true custom-order one-off. And it was used in the Band Of Gypsys era, which is my favourite.”

UK street prices are around £8,799 and each instrument comes in a vintage-style stencilled case. Case candy includes a Hendrix photo print from Eddie Kramer’s personal archive, signed by Kramer himself. Visit gibson.com for more.