The rebirth of D’Angelico: How an archtop icon became a star of the online guitar world

The golden-era archtop guitars made by John D’Angelico remain some of the most beautiful and ornate instruments ever made, but in the last decade, the company that bears his name has been reborn as a thoroughly modern guitar brand.

In 1932, John D’Angelico started making guitars in a workshop in New York, and over the following decades, the company would earn a reputation of making some of the finest and most ornate archtop guitars of the era. The company entered a troubled time after D’Angelico’s death in 1964 at the age of just 59, and while his apprentice Jimmy D’Aquisto kept hand-building guitars in the way he was taught, the brand would soon join the ranks of great guitar names lost to history.

But then in 2011, the brand returned under the stewardship of its new owners, Brenden Cohen, and John Ferolito Jr, with a plan to shake up the guitar industry. Once again people could enjoy the uniquely Art Deco charms of D’Angelico guitars.

“Inheriting the brand and legacy of John D’Angelico comes with a responsibility that is not lost on us,” says Ryan Kershaw, D’Angelico’s Vice President, Product Development & Artist Relations, of how the modern company regards its famous founder.

“We feel extremely fortunate to be connected to one of the greatest luthiers of all time, and his spirit informs nearly all of our actions. We take painstaking measures to recreate a lot of his original designs, always imbue new products with his aesthetics, and are rooted in an understanding of how magical his original instruments are. His legacy is legend, and we take great pride in carrying it on.”

One of the most notable developments of the new range was that they were primarily made in Asia – something that certainly wasn’t the case when D’Angelico was hand-building guitars in his workshop in 40 Kenmare Street, but something borne from a desire to make these unique instruments more accessible for a broader audience.

“We have heard so many of the world’s greatest players say something like, ‘My whole life, I’ve always wanted to own a D’Angelico’. Or, ‘When I was young, a D’Angelico was like an untouchable Cadillac’.” Kershaw reflects. “We have always prioritised being able to offer these instruments for an affordable price because simply put, everyone should get to play one.”

Mass-production comes with its own issues, however, and to ensure that these guitars live up to the standards that John D’Angelico set in the golden era, the company has left no stone unturned.

“Our greatest challenge was getting the cost of the guitars down while maintaining the quality of the brand name,” Kershaw admits. “Our philosophy has been to spare no detail. We’ve scanned original D’Angelico’s with MRI machines, scoured the history books for details, spoken with restoration masters, and work exclusively with the best overseas factories, with whom we maintain extremely close relationships. We never want our customers to have to ‘find a good one’. Since our product overhaul in 2017, we’ve never been more confident in our ability to provide a quality affordable instrument to our customers.”

One of the most notable developments since the company announced the aforementioned range-wide overhaul was the introduction of the company’s first-ever solidbody guitars – a serious departure from the archtop recipe – including the Brighton and the new offset Bedford.

“At first, leaning into our jazz guitar lineage was extremely important. We wanted to make sure that the players who knew of John D’Angelico’s legacy were going to be rewarded with an exceptionally well-built instrument that was deeply inspired by the originals,” Kershaw explains. “While we still very much maintain that part of our product line, it became important early on to venture into uncharted territory. Developing the solidbody line was a massive opportunity for our brand and one of the most fun projects I have ever worked on. We knew that we had to make our foray into that world, and we knew that we were up for a huge challenge in getting it right. We wanted to have a relatively diverse set of instruments, all of which would look and feel like a part of the D’Angelico family.”

As much as archtops are enjoying something of a renaissance of late, a key part of D’Angelico’s resurgence has been about engaging with new artists and getting the brand’s instruments in their hands. Key to this has been online tuition portal Pickup Music, through whom D’Angelico has become involved with some of the hottest names in the online guitar scene. 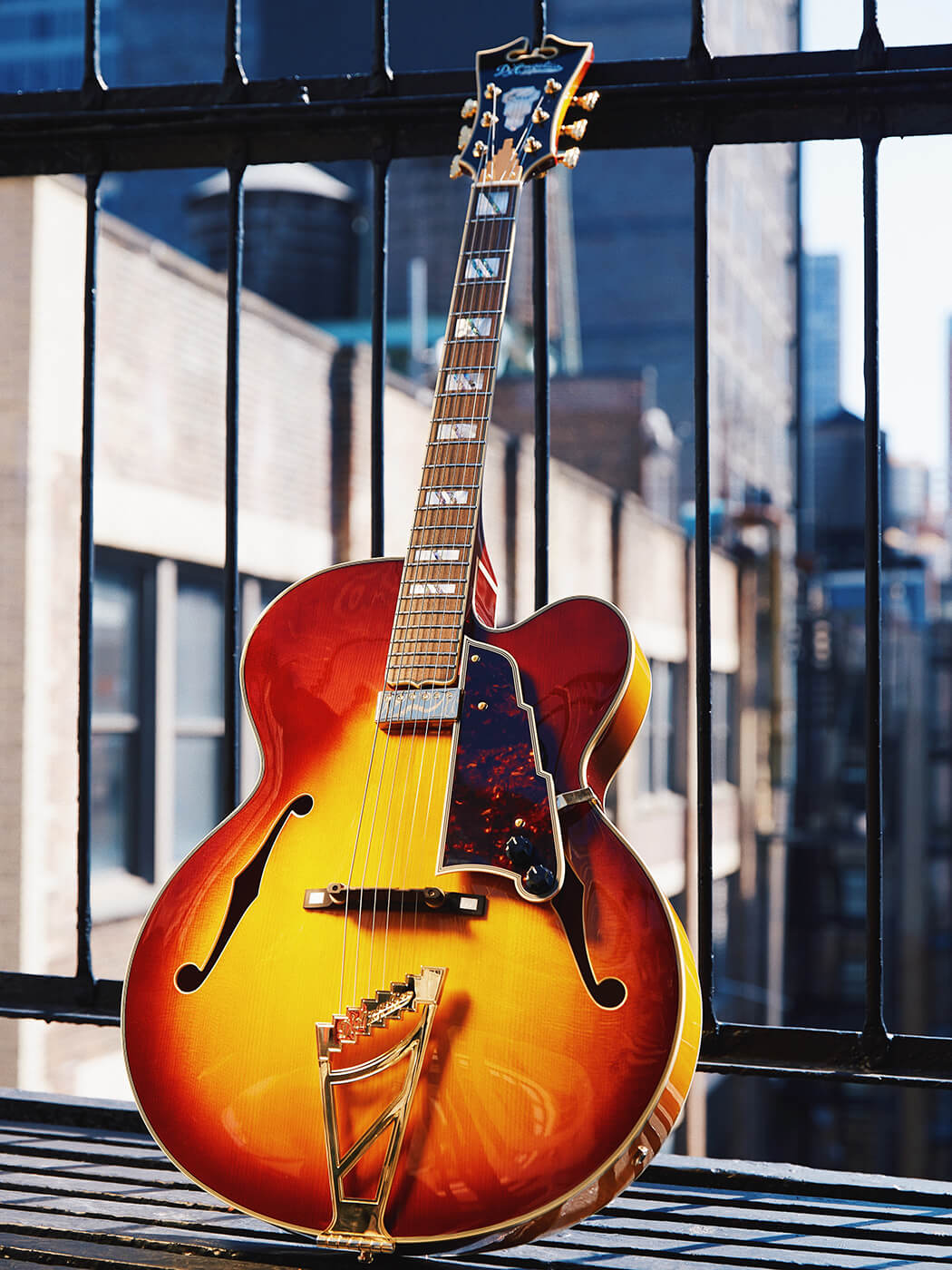 “Pickup Music and the emerging online community of guitar players has been a huge benefit to our entire industry,” Kershaw enthuses. “It’s been extremely fun and beneficial to work with artists like Isaiah Sharkey, Melanie Faye, Curt Henderson, among others. We’ve also developed the Emerging Artist Fund with Pickup Music, in which we give away guitars and live performance opportunities to new artists coming up through the online community of guitar players – we’re extremely proud to be able to support young players in that way and will continue to do so.”

It’s clear that D’Angelico in 2019 has evolved into a very different beast to the one that began in a small workshop in Little Italy nine decades ago, but the spirit of the great city with which it’s indelibly linked is a vital part of the company today.

“We want our instruments to represent everything from New York City’s astonishing beauty to its grit and grime,” Kershaw tells us. “You can see the history of our brand across our product line, and that history can never be divorced from New York. We wouldn’t make sense anywhere else.

“The Bedford is named after the street I was living on in Brooklyn when we developed that guitar. From the early days when John D’Angelico had his tiny shop on Kenmare Street in the Lower East Side to this week when we tested out our new 40s-inspired archtop in our Manhattan showroom, D’Angelico is New York City, and it inspires us every day.”