“If you love vintage Strats, you’re going to love playing this guitar”: Kenny Wayne Shepherd on his new Fender signature

As Fender releases a brand new USA-made signature for the blues-rock guitarist, we caught up with the man himself to find out what makes this new instrument so special 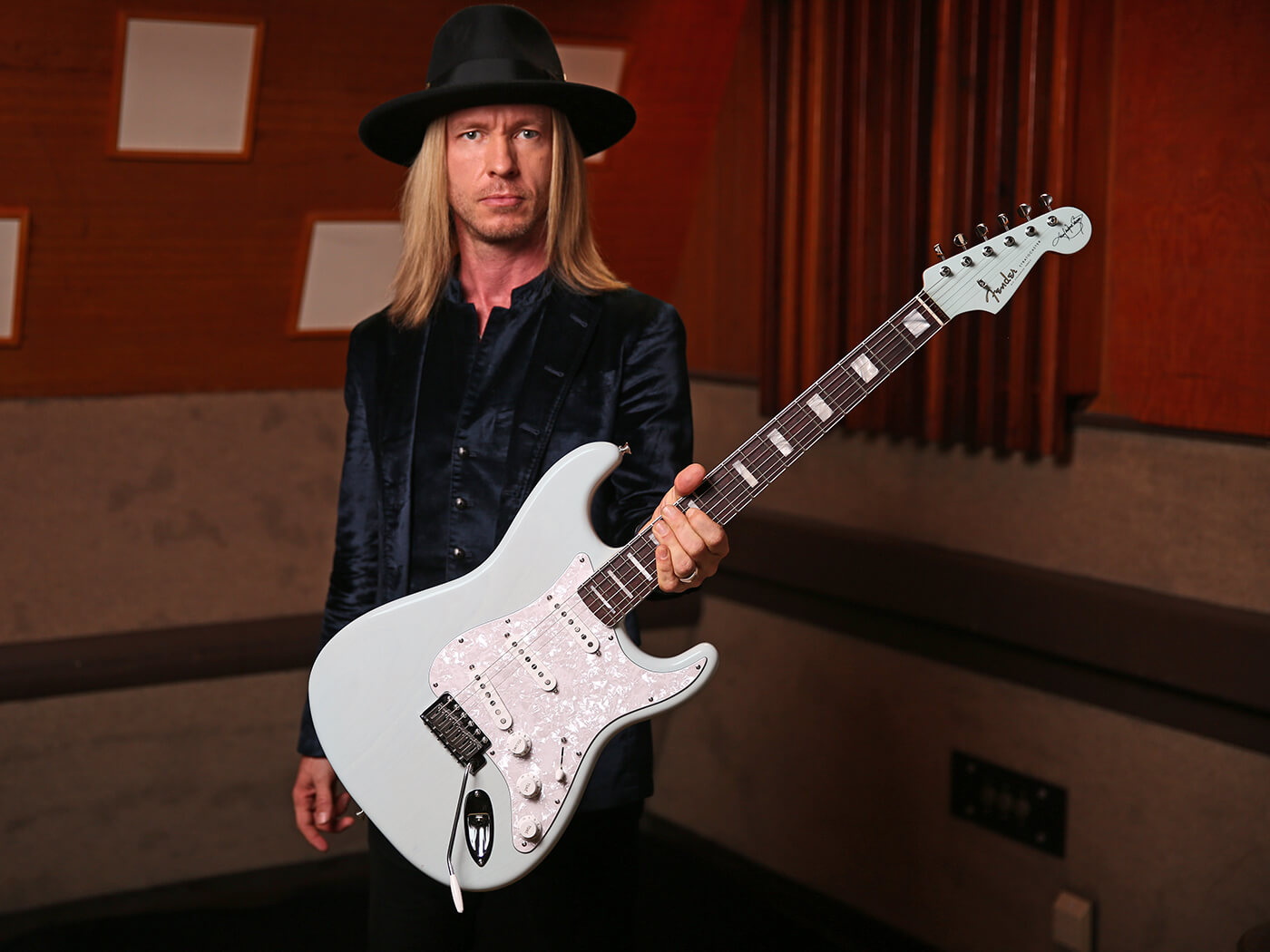 Blues-rock firebrand Kenny Wayne Shepherd has long been associated with the sensuous curves of Leo Fender’s glorious Stratocaster model, but for 2020, Fender has once again teamed up with the man himself to release a brand new signature model, the Kenny Wayne Shepherd Signature Stratocaster – this time made in the USA. On the eve of the guitar being revealed to the world, we caught up with the man himself to find out just what makes this new guitar so special to him…

This is not the first Stratocaster to bear your name. How did you approach the creation of this new guitar?

“It was really important for me that this instrument was set apart from the previous signature model. I didn’t want it to just be a continuation of the last guitar with the same specs and just a different appearance – I wanted it to stand on its own with its own identity.

“Obviously, we went from a Mexican made Strat to an American guitar which ups the craftsmanship and the quality of the materials. The idea of course was to create a guitar that looks as premium as it actually is, plays and sounds. It looks great but everything is functional.

There are so many cool touches that Fender has used over the years that I love and we decided to include some of them here!” 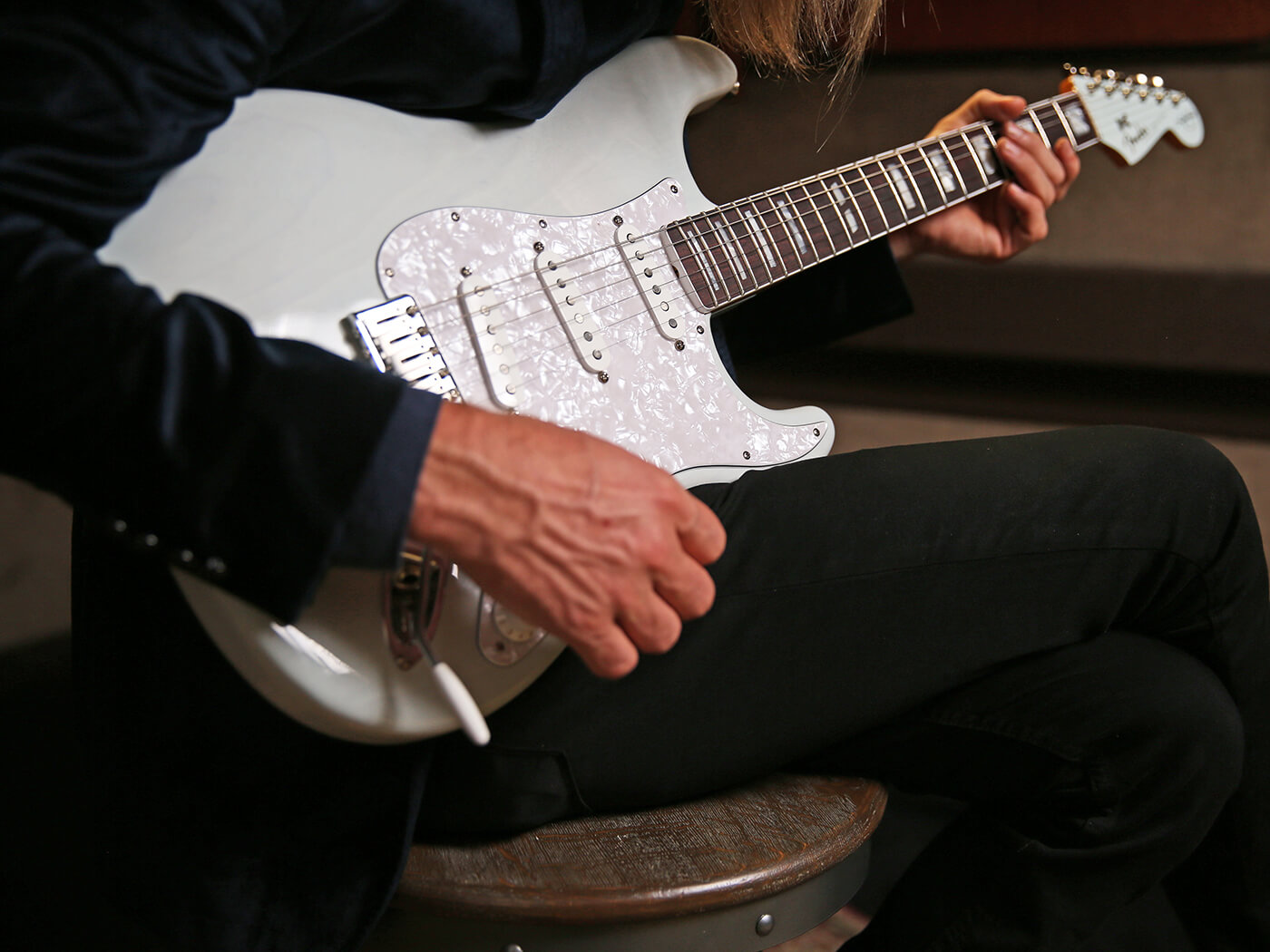 TG: You managed to bring traditional and modern concepts together with the body of the guitar – how did that come about?

“The choice of ash for the body was dictated by the finish, which is a sort of mix between Mary Kaye White and Sonic Blue – it’s called Trans Sonic Blue. We came up with that and did a couple of prototypes with alder but that just didn’t show enough grain for the effect to really pop. The original Strats in the early 50s were made of ash and that’s why those Sunbursts look so beautiful.

“After playing Strats for decades in alder, ash, even pine-bodied Strats, I found the difference in sound between ash and alder is pretty minimal but visually you get that gorgeous effect.

That said, ash can sometimes be quite heavy so we decided to lighten the instrument with the whole chambered body thing which also adds resonance so it all contributes to a unique look and a unique sound. We’re touching on different eras of the Stratocaster with this instrument too.

And Fender have a history of shaking things up as well, I mean, have you seen that Acoustasonic Strat?!”

“The best neck that I have ever played is the neck on my ’61 Strat, it fits like a glove. My goal with every guitar that I’ve worked on with Fender has been to come close to the feeling of that neck. My last signature had a chunkier carve but this is more of a true vintage reproduction. Of course that comes with a 7.25-inch radius as well. We made prototypes with 9.5 and 12, we even talked about a compound radius but my true love is that ’61 and so if you love vintage Strats, you’re going to love playing this guitar! We used 6100 size frets which help with the radius of the neck too. The size of the fret gives you enough distance between your fingers and the fretboard to dig in.

“The block inlays and neck binding are there for a purpose – I found over the years on stage the lighting director can hit you with all sorts of visuals that can make it difficult to see the dots on the neck! The binding eliminates that and the block inlays, well, you’ll have a hard time not seeing where you are on the neck now! Some guys just want to see dots on a Strat but in ’66 and ’67 there were some Strats that made it out of the factory with neck binding and block inlays.

There’s the matching headstock colour too, which I love. There will be some purists that are going to take issue with certain things and a painted headstock might be one of them! As far as I’m concerned, it’s just another little detail that shows the extra effort that went into the making of this guitar.”

It is no surprise to learn that you put just as much care into the electronics of this guitar as the rest of it, then…

“You know, I was really happy with the pickups on my last guitar. We worked for over two years to develop the sound of those things and when we decided to revisit them for this guitar we used that sound as a starting point and kind of refined things from there. We used better materials and managed to make them hotter across the board but quieter at the same time while giving the guitar a lot more range across the entire spectrum.

“The end result is a really natural sounding single-coil pickup that’s extremely responsive and dynamic. Every little nuance that you’d want to hear out of your touch and attack and playing style is all going to be there for you. It’s what you’d expect a great Strat to sound like!

It’s also worth noting that we have the treble bleed circuit in the wiring and the second tone knob is hooked up to the bridge pickup for anybody who wants to dial back some of the top end.” 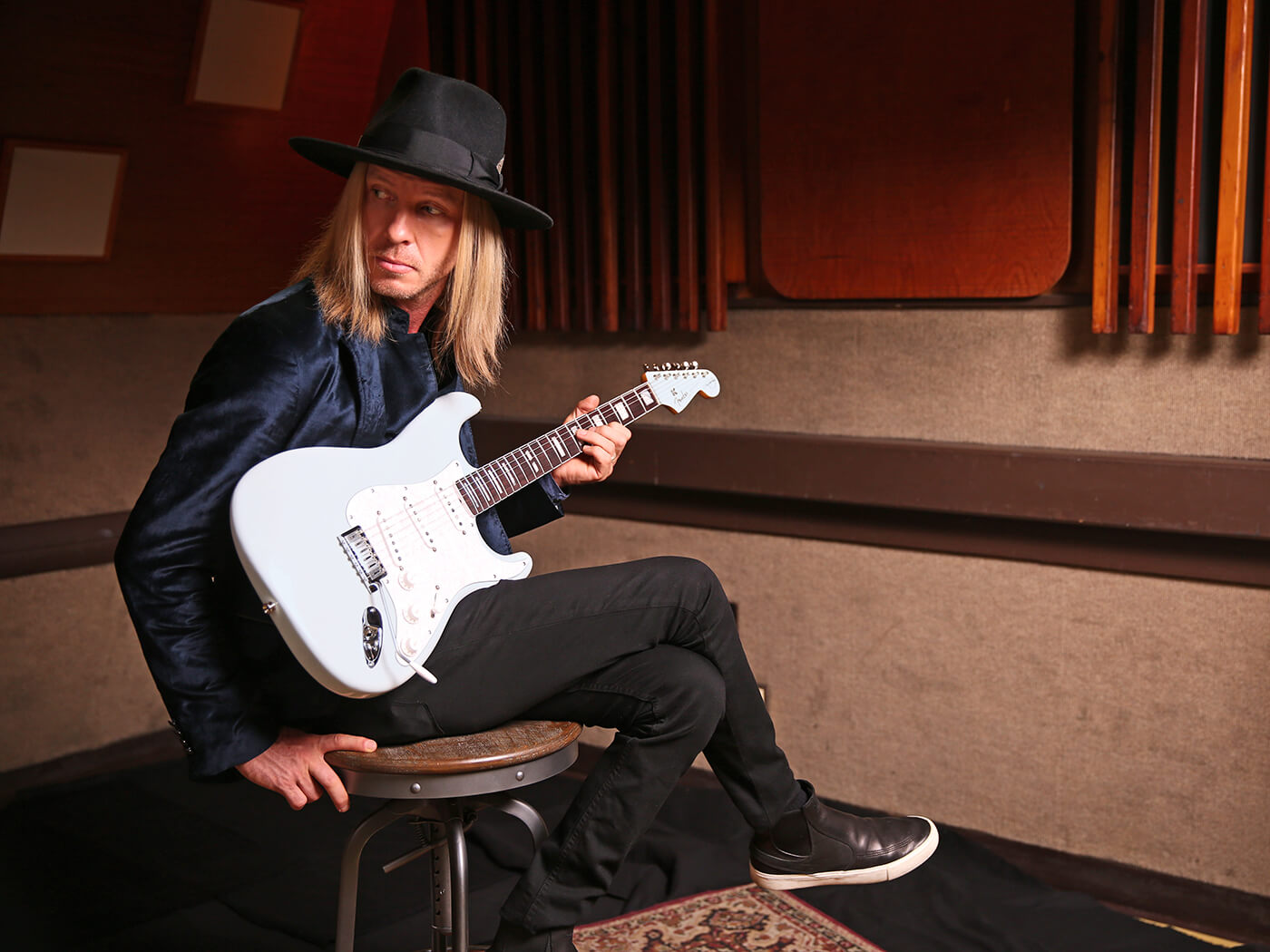 What kind of amps and effects will you be using with this new guitar?

“I don’t have a massive pedalboard and most of my pedals are there for like, just one song. The majority of my sound comes from the guitar and the amp and I could get through an entire show with just a Tube Screamer or a [Analog Man] King Of Tone overdrive if necessary. I want to hear the magic of the guitar working with the amplifier, and the Dumble amps that I play though are so responsive, they need an instrument to match. This new Stratocaster sounds beautiful, looks beautiful and I’m very proud of it!”