Hot-shot Arkansan guitarist Jesse Wells is earning a reputation as his alter-ego Welles. We discover that a love of classic rock and gear is at the root of his philosophy. 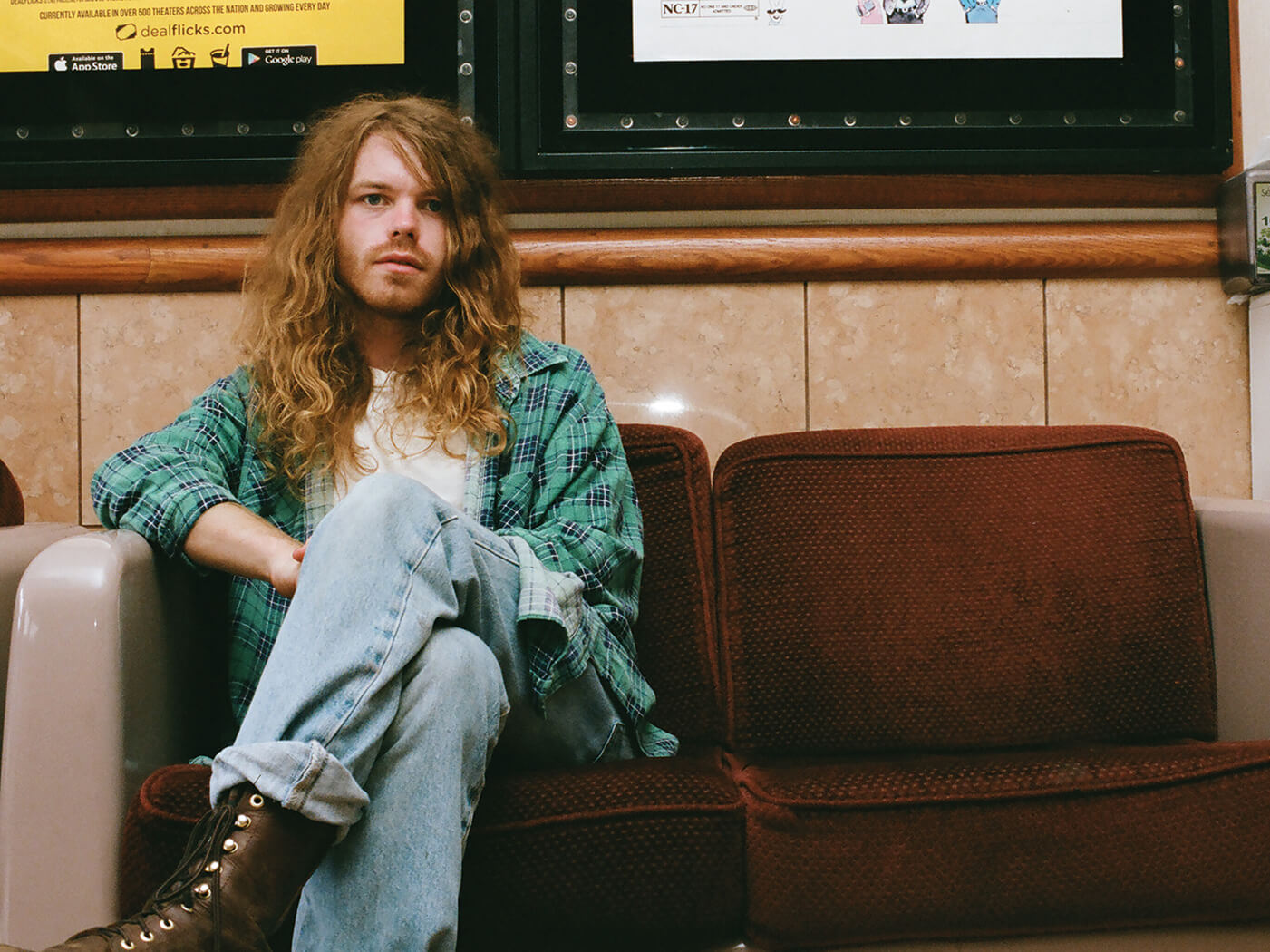 Like any artist of his generation, 23-year-old singer-songwriter and guitarist Jesse Wells never got to see Led Zeppelin perform live in their unmatchable pomp. But while growing up in Fayetteville, Arkansas, one of the first things he did once he got access to the internet was pull up a YouTube clip of the band appearing on Danish TV in 1969.

“It’s still one of the greatest things I’ve ever seen,” Wells recalls. “These kids are seated on the floor, and right in front of them is Led Zeppelin. It was great to see what rock ’n’ roll looked like when it was long-haired, skinny and dangerous. Jimmy Page is playing a Telecaster, and he sounds totally sick, dirty and twisted. That was the sound I wanted.”

Having previously released music as ‘Jeh Sea Wells’, and as frontman of the bands Dead Indian and Cosmic-American, Wells now performs under the alter-ego ‘Welles’. As Welles, he channels that early Jimmy Page sound – plus early 70s British glam, 90s grunge rock, Plastic Ono Band-era John Lennon, and hints of Bob Dylan and Tom Petty – into his debut, Red Trees And White Trashes. “I never try to hide my influences,” Wells notes, pointing to the stomping Marc Bolan tribute Rock N Roll as an example.

“When I wrote that song, I had just finished listening to T. Rex’s The Slider. I said to myself, ‘I can’t top that one, so I’m just gonna write my own version of it. That was me saying, ‘Rock ’n’ roll today is the same thing it was in the 70s. It’s the smell of gasoline and the utter disregard for societal standards.’”

The 13 songs on Red Trees And White Trashes aren’t tame. They come at you in an almost confrontational way, but they’re beautifully structured and packed with a Tin Pan Alley of hooks. When Wells opens his throat on rockers such as Into Ashes and Codeine, he’s letting listeners in on a wild-child catharsis – feel what I’m feeling, or get out of the way. In much the same way, his guitar playing is a soul-baring, all-senses rattling affair. At the end of the slow-burning power ballad Seventeen, he uncorks a psychedelic, improvisational solo that seethes with barely contained adrenaline and volatility.

“If you want emotion, your amps have gotta scream and bleed,” he says. “They have to sound fuzzy and hairy. They used to. Back in the day, the sound from a guitar amp was this big and nasty thing – that’s how your solos became alive. I don’t know why people got away from that. It’s fine to use technology, but I don’t believe in tricks or plugins. I go right to my amp as a source. You should always go to the source. Your amp will speak to you if you give it a chance.” 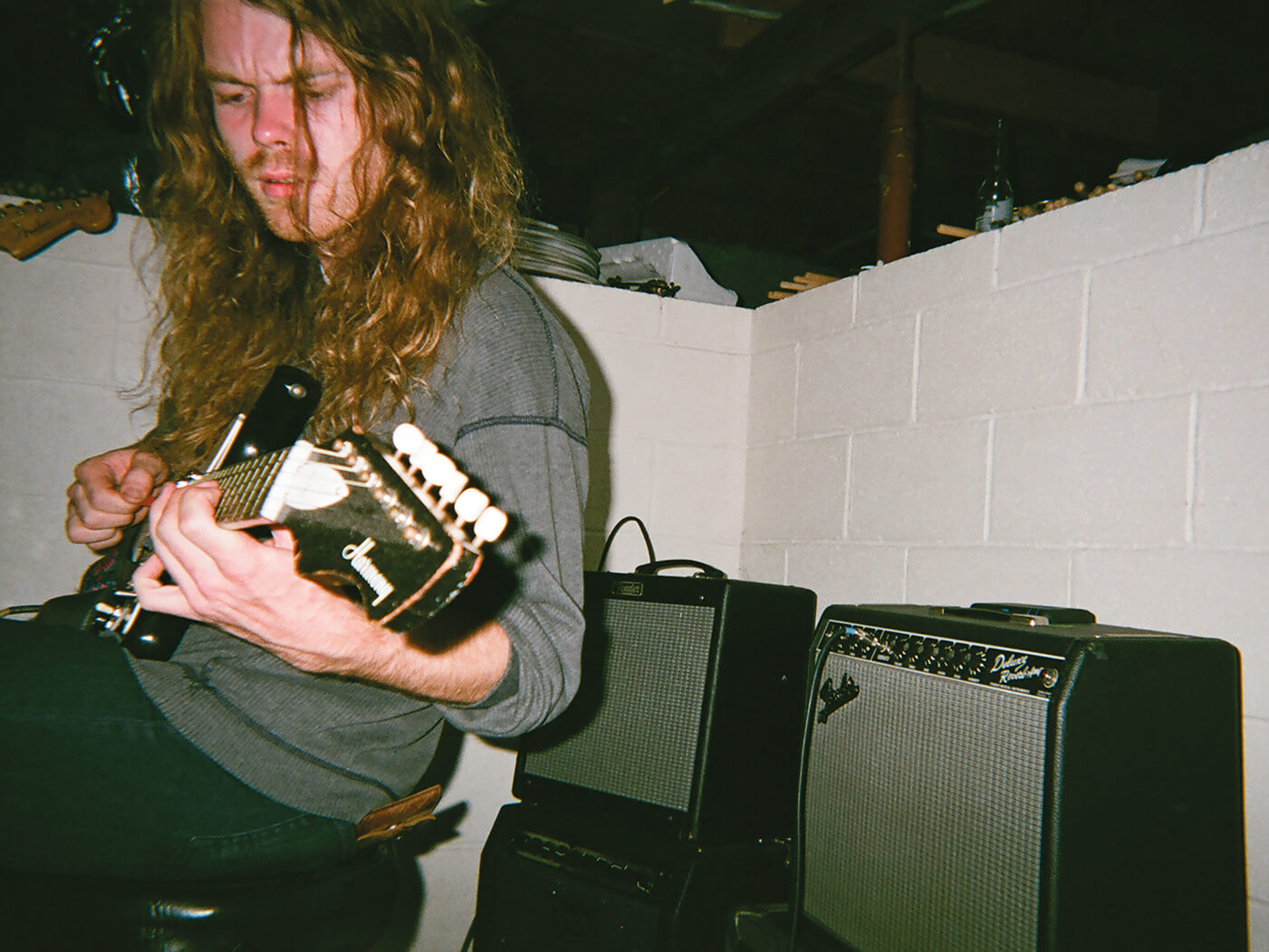 For the most part, your influences aren’t from this era. You mentioned Jimmy Page. Who are some other guitarists that had an impact on you?

“Another guy is the first guitar player in Jethro Tull [Mick Abrahams]. But not because I thought he was so great; I actually said, ‘I should have been the guitarist for that band. I could have done a much better job.’ I was in eighth grade, and I thought the band was lacking in the electric guitar department. This is very important, because I separate myself now from the eighth-grade asshole me. But I distinctly remember listening to those solos and thinking, ‘This guy cannot keep up with Ian Anderson.’”

I take it you didn’t get into later Tull, when the band became more progressive and ornate…

“It’s what I had to work with. I heard Nirvana when I was around 15 or 16. I had been playing guitar for about five years, and I was into The Beatles, Led Zeppelin and Motown – lots of classic stuff. I didn’t like modern music – I liked the old stuff. But then I heard Lithium, and I was like, ‘Wow!’ I thought, ‘I can’t do Robert Plant, but I think I can do this…’ You listen to Sgt Pepper, and there’s no way you can compete with it. But Smells Like Teen Spirit sounded accessible, like I could do it, It’s like, ‘I can mumble. I can scream. Boom – I can have a band.’”

For a lot of guitarists over the last few decades, shredding was a big draw – the neoclassical style of playing that Yngwie Malmsteen popularised. Did you ever get into that?

“Oh, I tried that, but I couldn’t do it. The sweeps did me in. If you could do the sweep thing, you were cool, but I couldn’t sweep. I just wasn’t built for it. So I dug in my heels and got into the blues more. You can play the blues on any old guitar – you don’t need scalloped necks and all that stuff. Plus, there’s more longevity to the blues. Buddy Guy is still out there, you know? So while my generation went to the pentagram, I went back to the blues.”

What were your first guitars and amps? How did you go about researching guitars and gear?

“I had no way to research anything until we got the internet in 2011. Now I’m constantly searching for guitars online. I got this nice Indonesian-made Les Paul copy because I wanted to be Jimmy Page. Then I got this Roland Cube amp for 100 bucks – thing busted within a week. There were a couple of other online purchases. I formed this really loud band, and that’s when I got a Memphis S-type. It’s a copy made in Japan in the early 70s, and it’s brilliant. It’s got this Gibson humbucker that some hillbilly put in the neck position, and it’s louder than drums. I put that with this Peavey Classic 50 that I got, and I was good for rock ’n’ roll.”

What about acoustics? You play some acoustics on the record.

“I’ve got an old Yamaha I beat around on. It’s not one of those nice Japanese-made ones. It’s an 80s model and I smack the crap out of it. Once a year, I glue the fretboard back down on it. But my nice acoustic is an Epiphone Hummingbird. That thing’s a real treat, man. I bought that for myself, and that’s my present to me forever.” 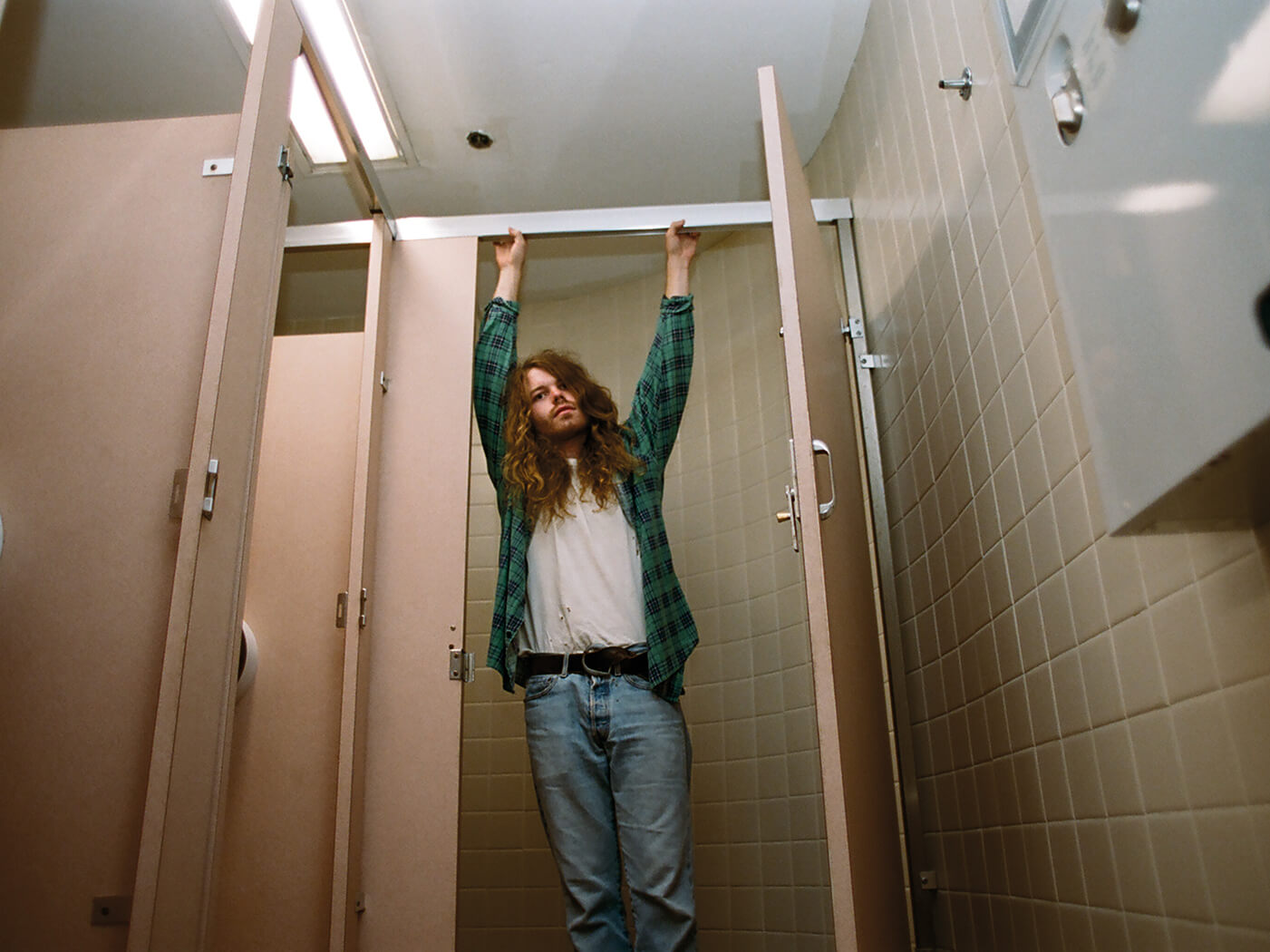 You started performing as Welles after you moved to Nashville. Was it hard to find the right guys to play the kind of music you do?

“It was difficult, and it’s an ongoing. The membership is fluid because everybody has other projects and things. Nashville is crazy – there’s so many incredible musicians. You go to any corner and there’s somebody who picks better than you. If you ever want to know how bad you are on the guitar, go to Nashville. You’ll discover how bad you are in a minute.”

You worked with three different producers on the record – Beau Boggs and Bobby Emmett, and you did three tracks with Dave Cobb. Did they have different approaches to recording guitars?

“I would honestly say it wasn’t too different. I liked everybody I worked with. I would have liked to have done more with Dave, but he’s pretty booked up. He was interesting – he would surprise me a lot. When we did Seventeen, I played the guitar solo at the end. The whiskey was out and there was a guitar I my hand, so I went ahead and played it, and I heard Dave go, ‘Okay, that’s it. That’s all you get to do.’ I guess he thought I nailed it the first time.”

That solo does sound like a first-pass gem. It’s almost haphazard in the same way that some of Jimmy Page’s solos were.

“Haphazard is always a compliment in rock ‘n’ roll. A lot of the guitar was direct – straight into the console with a fuzz pedal. Dave and I got into that kind of sound. We hit it off right away talking about The White Album and the Plastic Ono Band. It’s funny – people talk about The Beatles, but they mention things like All You Need Is Love. But Dave, he got the whole trip. He gets the musical references. I told him I wanted the vocal slapback like Lennon got, and he was right there. I told him I wanted the guitars on Codeine to sound like Cold Turkey, and he knew exactly what I meant. It was so refreshing not to have to explain anything.”

Your main electric is that Memphis S-type. Is there any particular guitar that you’re still lusting after?

“I can tell you what I just got. It’s what I’ve been lusting after since I first got the internet. When I bought the Memphis S-type, I discovered that it was made in this Matsumoto wood plant. So I started researching other guitars that were made over there, and that’s when I happened upon the Aria Pro II series. They were making them at the same plant in the 70s and 80s. So the other day I picked up an Aria Pro II Thor.”

Not many people are looking for those…

“They’re not, but they should be. The thing looks like a Strat and an SG had a baby. It’s got a three-piece maple neck that runs through the entire body, and it’s got a rosewood fretboard. The body is Japanese walnut. It’s got two humbuckers, and each one has a coil switch option. The thing’s so weird and wonderful. The finish is like a bowling alley. It weighs 10 or 11 pounds, so it’s substantial. It’s a rock ’n’ roll machine. I can’t believe how cheap I picked it up for. And it’s got 24 frets, too, so it goes all the way.”

Whenever people talk about their dream guitars, they usually talk about a ’59 Les Paul Burst…

Red Trees And White Trashes is out now on 300 Entertainment.