A chat with guitarist Blaster Silonga and bassist Zild Benitez of the wildly popular Manila band. 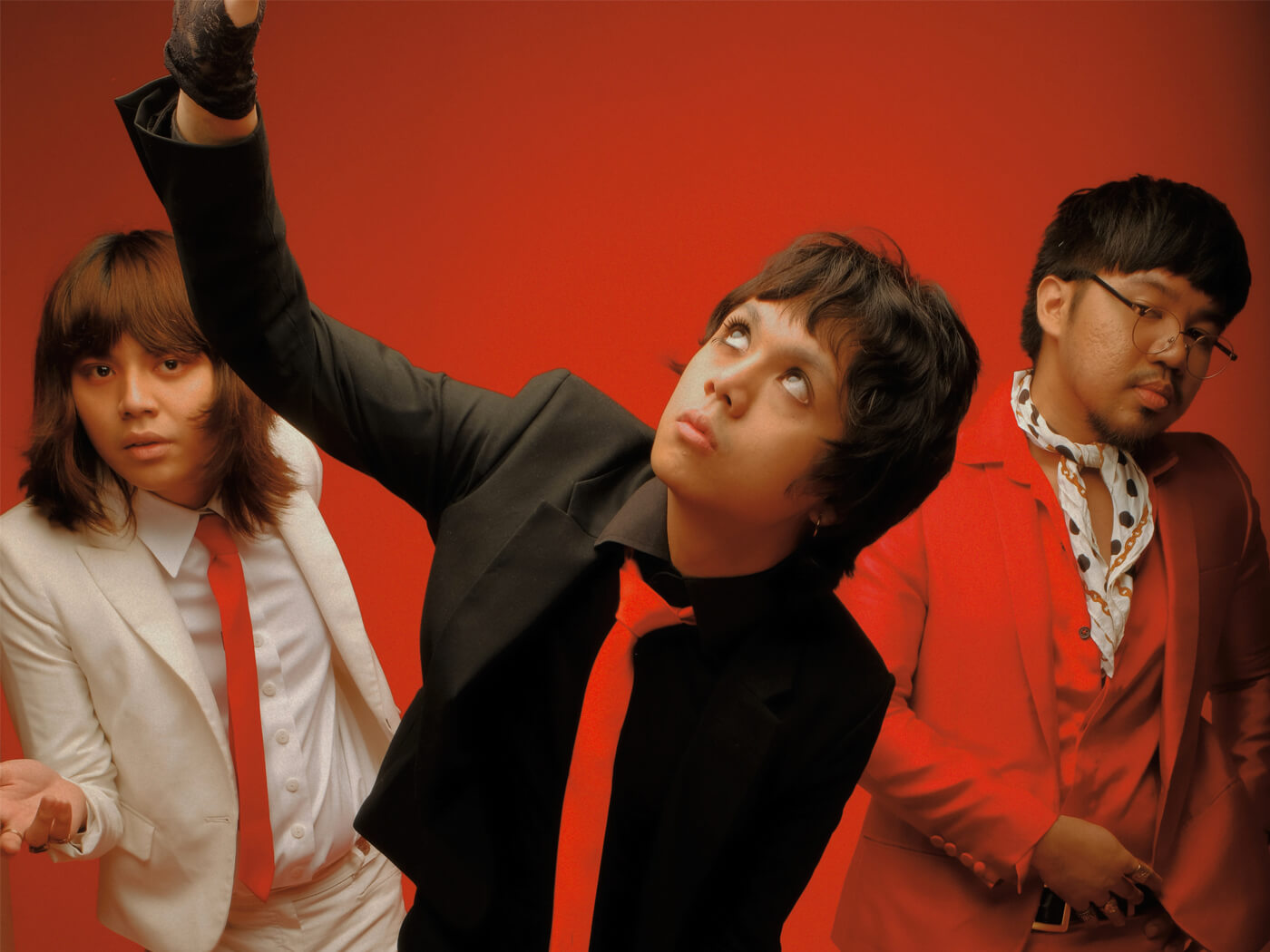 Releasing a debut album isn’t an easy accomplishment for any band – but for Filipino phenomenon IV Of Spades (pronounced “Four Of Spades”), it was a distinctively daunting task.

The stakes were high. The Manila four-piece – most of them hardly 20 years old at the time – shot to fame shortly after releasing their first single on Warner Music Philippines in 2016. Their unabashed love of retro aesthetics and funk- and pop-inflected brand of indie rock attracted an ardent fanbase. In 2018 the band landed a huge hit with Mundo – a six-minute number with a moving solo that has racked up more than 83 million streams on Spotify.

But the band’s future appeared doubtful in May 2018 when IV Of Spades announced the departure of lead vocalist and songwriter Unique Salonga. As guitarist Blaster Silonga candidly told Guitar.com, losing Salonga almost sank the band. But Silonga, bassist Zild Benitez and drummer Badjao de Castro ultimately decided to stay the course and recalibrate IV Of Spades as a trio.

In January 2019, IV Of Spades released their debut album CLAPCLAPCLAP!. Salonga is credited on a few tracks, but otherwise, the record presents the current trio’s time-travelling, genre-omnivorous songwriting: you’re as likely to detect hints of Two Door Cinema Club, Death Cab For Cutie and The Killers on CLAPCLAPCLAP! as you are to hear funk, soft rock and psychedelia.

Guitar.com spoke to Silonga and Benitez about their influences and gear, moving on without their former frontman, and musicians from the Philippines they admire.

All three of you have musicians for parents. Tell us more about your childhoods.

Blaster Silonga: As a child, I always had music around me. My dad is a musician and I always went to his shows when I was young. I grew up listening to ’90s R&B and Michael Jackson, so listening to good music was inevitable.

Zild Benitez: I think the music that they listened to fed our subconscious and left a blueprint in our minds. It’s great to be surrounded by music, which makes music appear natural.

How did you pick up the guitar and bass?

BS: My first instrument was the piano, but I stopped because I thought I wanted to be a dancer. Then my younger brother started playing the guitar because of school, and I thought the guitar was the coolest-looking instrument.

Who are your biggest guitar/bass influences?

BS: My first guitar hero was Eric Clapton, but the first song I ever played on the guitar was The Lazy Song by Bruno Mars. Through the years, I’ve listened to John Mayer, Steve Lukather, Stevie Ray Vaughan and Paul Gilbert.

ZB: Like every bassist, I listened to Jaco Pastorius when I was starting out.

CLAPCLAPCLAP! broadens IV Of Spades’ sound a little. How long did it take to make, and what was the atmosphere like in the studio?

ZB: CLAPCLAPCLAP! helped us to discover our creative flow as a trio.

BS: CLAPCLAPCLAP! took about three months to record. It includes some old songs from a few years ago. When I look at that album, I don’t really think it’s an appropriate [sic] album. I think it’s just a compilation of our new and old songs, that’s why the sound is all over the place.

The guitar solo on Mundo has left an impression on listeners, and there are a few solos on the album. Blaster, do you lean towards noodling and soloing when jamming in the studio?

BS: The guitar solo on Mundo was already set before it was even released officially. The first part never changed and I considered it a hook. We have been playing that song for years, so it took a lot of time to ripen that song. So yes, noodling is healthy and that solo was a product of consistent jamming and playing together.

Unique Salonga left IV Of Spades last year. What was it like losing him, as a guitarist and songwriter? How do you think your music has changed?

BS: Him leaving is the biggest “What now?” I have ever experienced. When we were still a four-piece, he and Zild always wrote the songs, and my role was just to play guitar on top of them and put my own flavour on it. Unique was our lead vocalist too, so him leaving almost made us all quit. When he left we figured we had nothing else to do but music, so we stayed together. Our music changed a lot because of our different influences and backgrounds as musicians. We may not be as good as we used to be, but we will try our best to create music that we love and see if anyone likes it.

What are your main guitars and current rigs like? Any gear you’re particularly in love with?

ZB: I usually use a standard Fender Precision Bass with Aguilar Preamp for our live shows.

BS: I used to have a Zoom G1X and I used it for three years in the band. Then I switched to a Boss ME-50, but sadly it got broken. So after that, I tried analog pedals and they have been pretty good, but honestly I used to be a digital [effects] guy, so maybe I’ll go back to digital soon. We’ll see.

Who are some guitarists/bassists from the Philippines you admire and think more people should know about?

BS: If you’re looking for good blues, watch my uncle Ebet Silonga. I really have a lot to say about my favorite guitarists so I’ll just name them: Julius Traquena, Janno Queyquep, Jeff De Castro, Noel Mendez, Jun Lopito and Fayeed Tan. Just see for yourself.