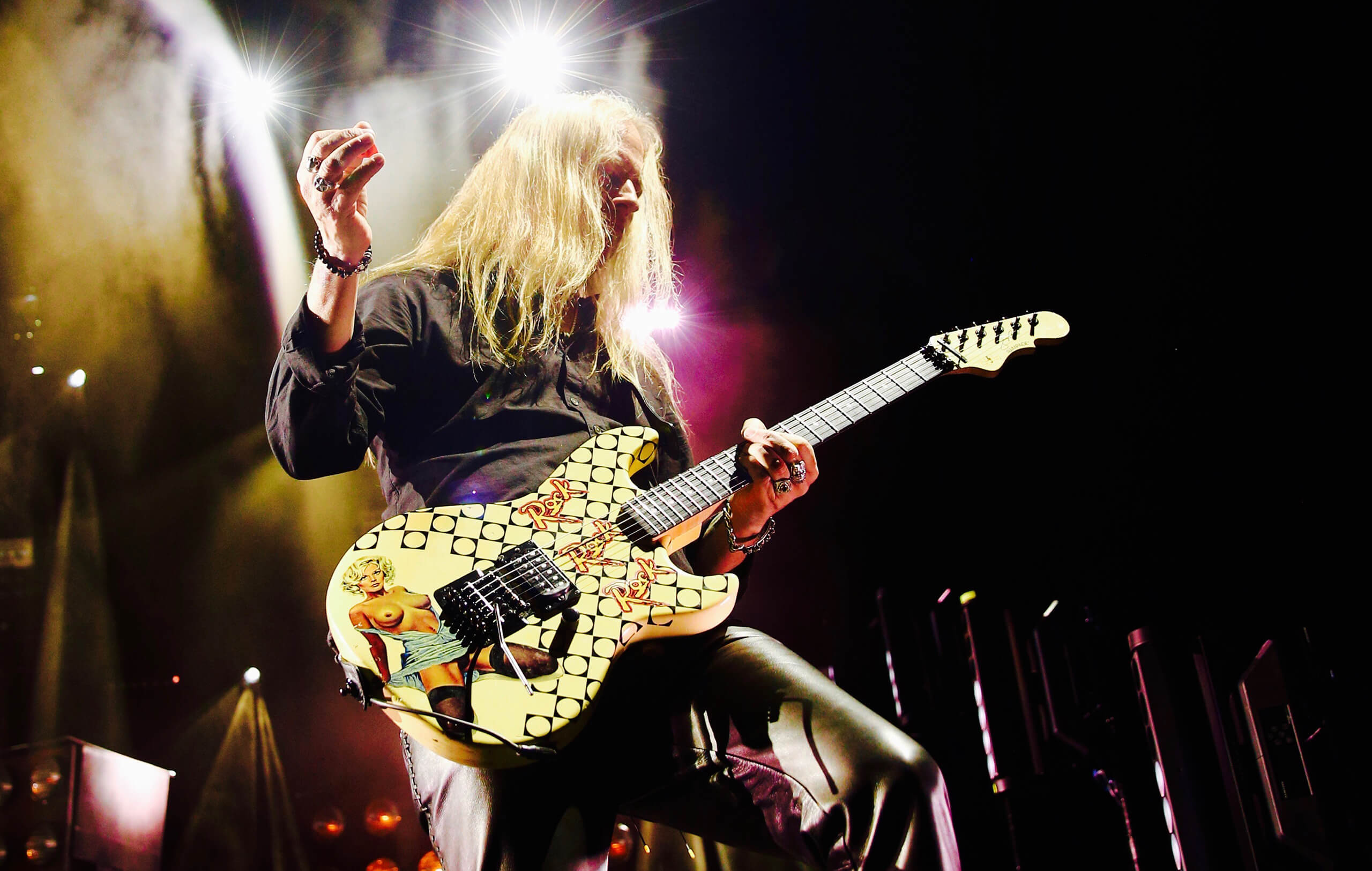 “I’m surprised every time when I come out with a record I’m proud of”: Jerry Cantrell on his fear of failure

The Alice In Chains guitarist on why he’s exploring his lighter side, why he still feels like he’s at the top of his game, and how his signature Les Paul is the ultimate Christmas present.

Jerry Cantrell has made a career out of casting the light and the dark. In his day job as Alice In Chains’ guitarist and vocalist, he’s spent over 30 years engineering some of the biggest songs in rock history. One of grunge’s (and now hard rock’s) heavy hitters, there’s also a case for Alice In Chains as one of the heaviest bands of all time – certainly in a lyrical sense. But on Brighten, the guitarist’s third solo album and first since 2002’s Degradation Trip, Cantrell explores his lighter side.

To put it another way, Brighten sounds like Cantrell has swapped the swamp for the desert. Where Alice In Chains gravitate towards sludgy, doom-infused riffs that envelop and constrict (Cantrell’s debut solo outing was even called Boggy Depot), Brighten relies on open space. Lead single and album opener Atone is the first example. Its rolling drums and stark guitars could soundtrack any Spaghetti Western. This cinematic twang lends itself nicely to barren landscapes where tumbleweeds dance and bones coat the earth.

But this isn’t uncharted territory for Cantrell. He was raised by two country fans and grew up listening to the genre. He’s also said that Brighten offers glimpses of not only what he grew up on, but what continues to inspire him today. Be it country, folk or Americana.
Speaking to Cantrell from Los Angeles, we put it to him that this is the first time he’s embraced these influences on such a large scale. “Maybe to somebody on the outside, but it doesn’t sound any different to me,” he counters. “I think you can hear that part of my make-up all through Alice. Even on the first acoustic EP, Sap. I don’t go in trying to make any sort of record other than what it wants to be”, he says.

We do agree, however, on the album’s upbeat tone: “I think there is an upbeat energy, but there’s always shades of light and dark in my music,” he says. “I like playing with those elements, because everything isn’t a total bummer. Nor is it totally happy. There’s depth to it”. 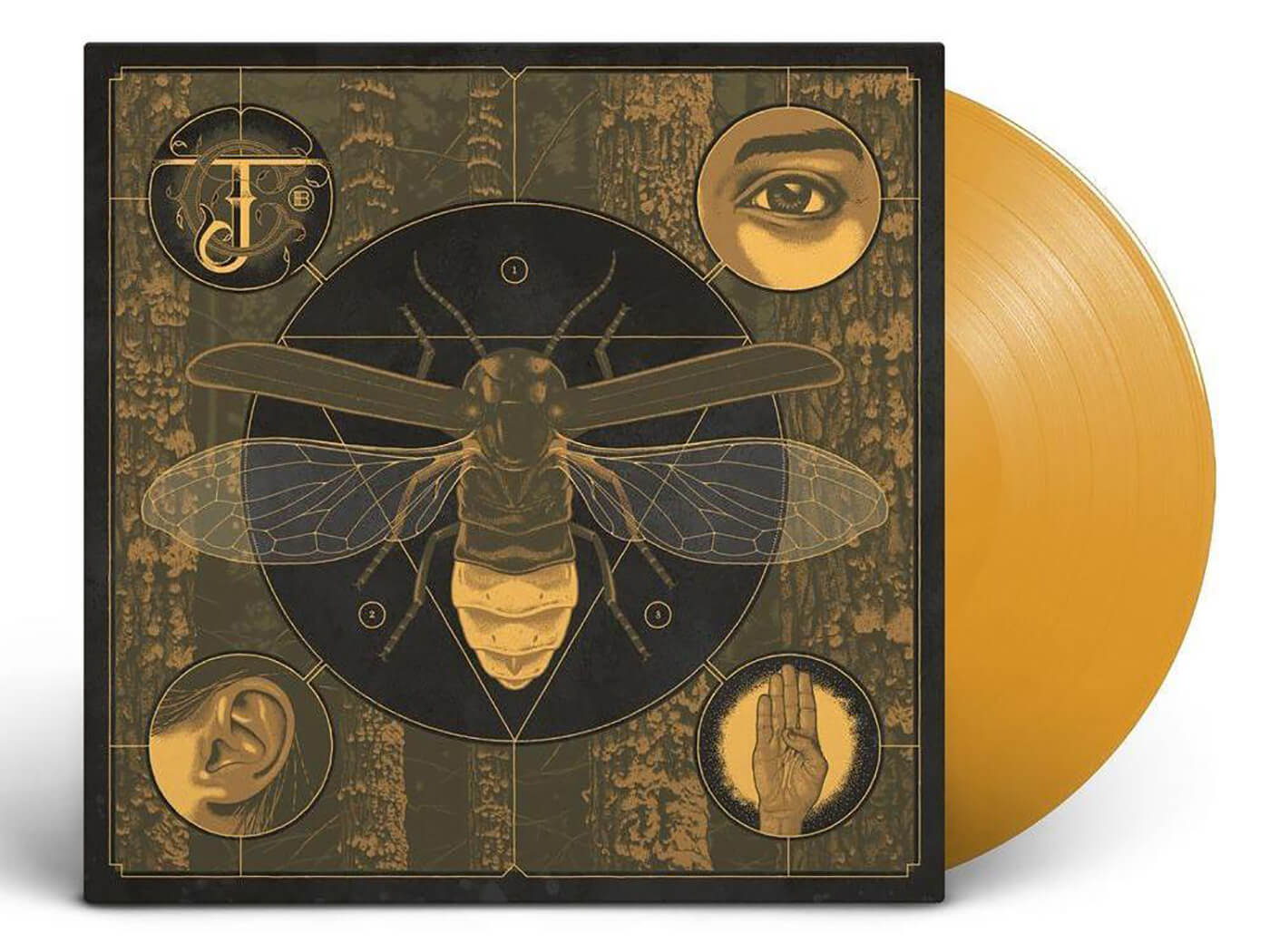 It’s true that there is an indeterminable depth to Cantrell’s work. Whether it’s Alice In Chains staples such as Rooster, Down In A Hole or Would?, Cantrell is a master of wrapping up emotional weight in song. The listener is invited to hear something important. Something real.

“We don’t do salads, man. We do bloody cheeseburgers!”, Cantrell laughs, offering an accurate culinary analogy. “And I like to write lyrics that can be taken in different ways. Taking something personal but leaving it opaque enough that it can be anything for anyone”.

Some of Cantrell’s most powerful work (or bloodiest cheeseburgers) came on 1994’s Jar Of Flies, Alice In Chains’ second acoustic EP following 1992’s Sap. Jar Of Flies became the first EP in music history to debut at No. 1 on the Billboard 200 chart, eventually being certified triple-platinum after selling 3 million copies in the United States. Its moods ranging from hopeful to harrowing. Particularly Nutshell, which has become something of a haunting portrait of the struggles faced by Layne Staley, the late Alice In Chains frontman who died of a drug overdose in 2002. How does Cantrell approach the making of such affecting music? 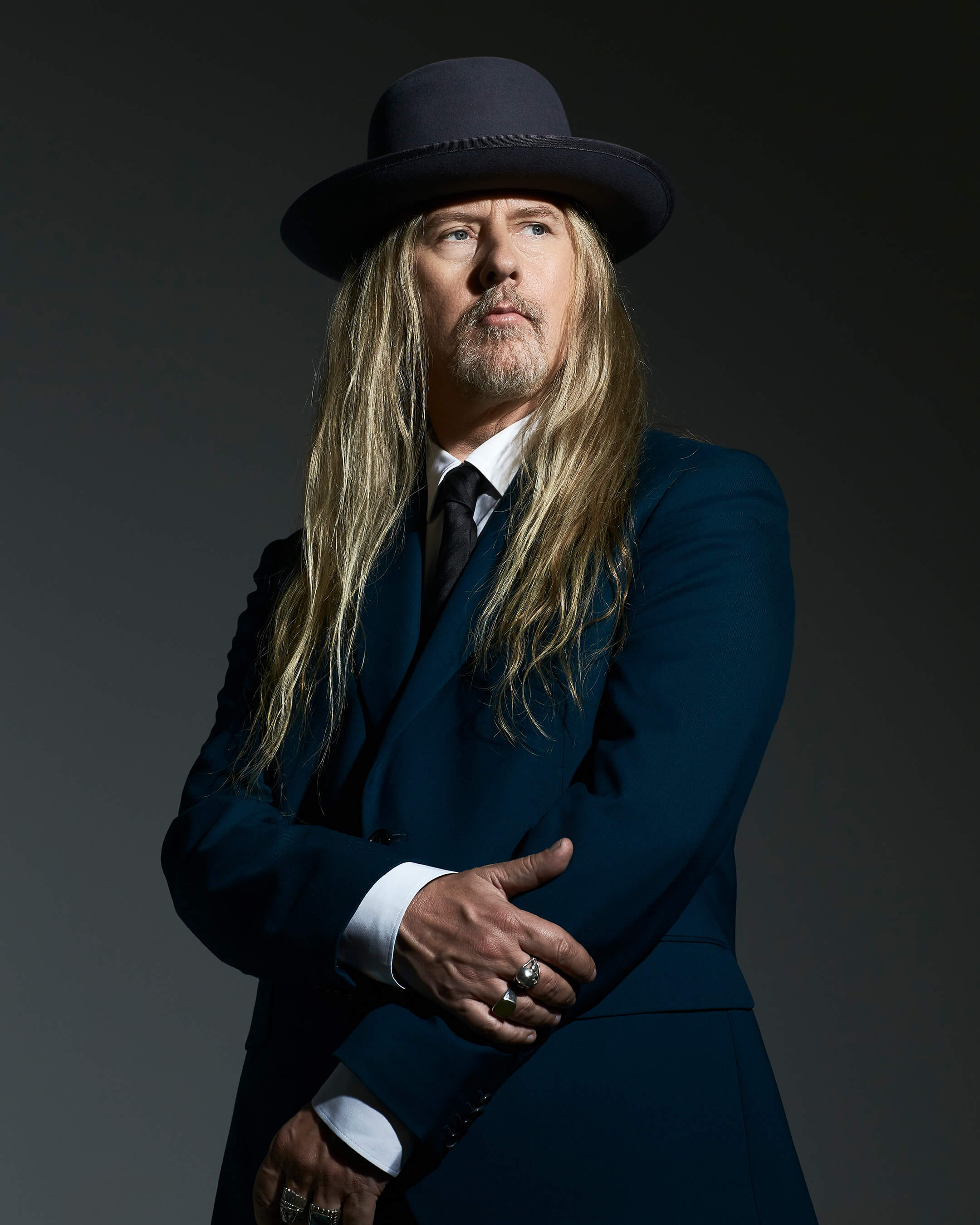 “My writing style within the band and as an individual, if there’s one theme that keeps popping up it’s perseverance,” Cantrell affirms. “Persevere to survive. We all go through situations that knock you on your fucking ass. But there’s also some beautiful, magical things about life that you can draw from and put into a piece of art, whether it’s a song or a film. And I guess that’s always been magic to me”.

He’s speaking from experience on both counts. As a solo artist he’s contributed to several film soundtracks. His first solo song, Leave Me Alone, featured on the soundtrack to The Cable Guy – the 1996 black comedy starring Jim Carrey and Matthew Broderick. More recently, Cantrell collaborated with Tyler Bates on the John Wick: Chapter 2 soundtrack. Coming up with A Job To Do as a theme tune for Keanu Reeves’ character. The experience clearly a positive one, as he brought Bates in to co-produce and perform on Brighten.

“It’s kinda built from [John Wick], but he’s just a good dude. He’s a very driven person and I admire his energy”, Cantrell says. “I don’t have that sort of energy, I get fucking tired! There are certain guys that have it. Sean Kinney [Alice In Chains drummer] is one of those guys. Tyler is too, so he’s an inspiration. He creates an environment that’s quick and easy to produce in. He’s used to working like that but I take my time, so it’s a challenge. But a good one. He brought some really nice elements to the record”. 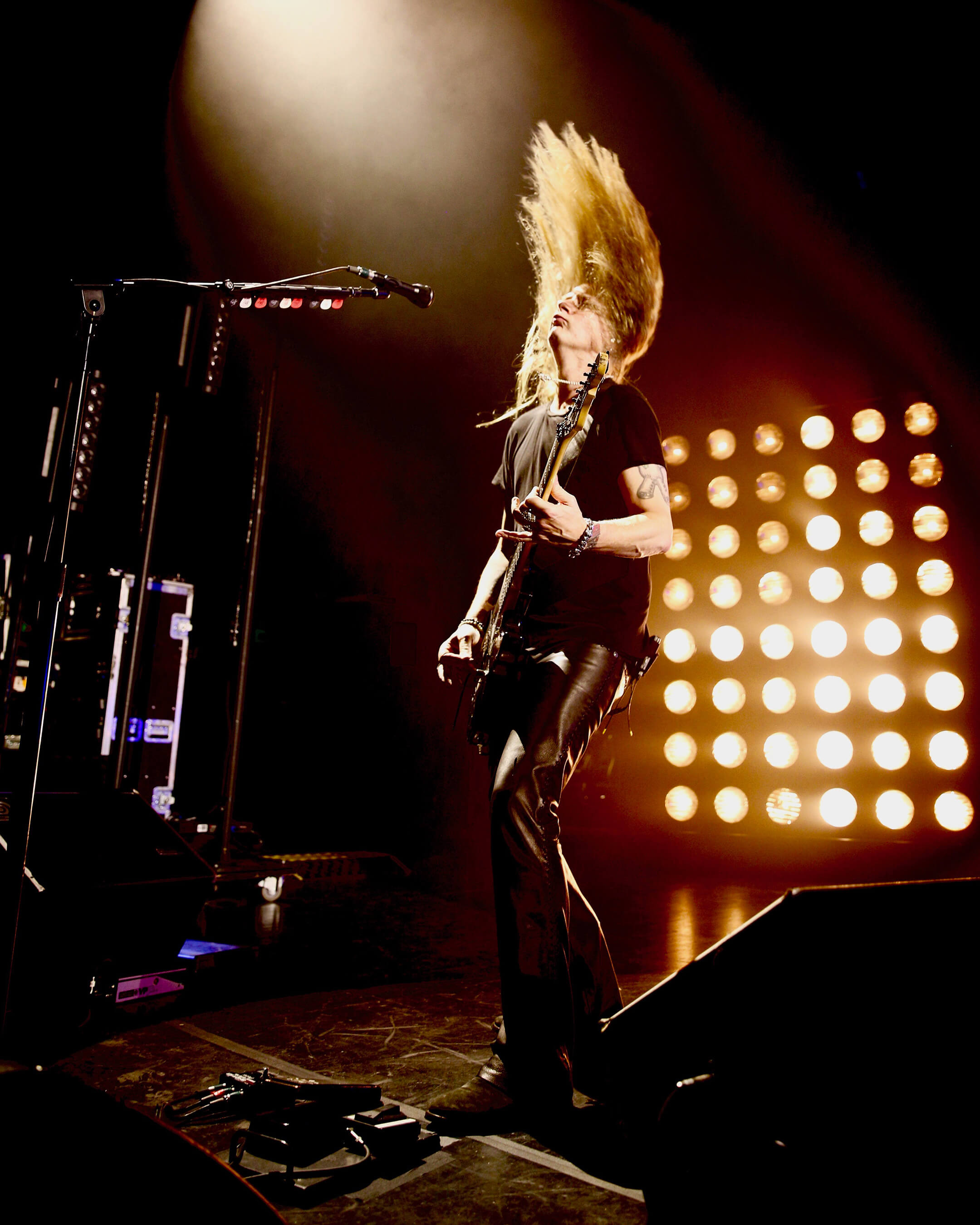 As passionate as Cantrell is about his musical craft, his fondness for guitars must be a close second. He takes time to talk shop and discuss his recent collaboration with the Gibson Custom Shop: The Jerry Cantrell ‘Wino’ Les Paul Custom. Made to replicate Cantrell’s iconic Les Paul Custom, all 100 of these Wine Red, handmade and hand-signed guitars sold out in a single day. “The first guitar I ever wanted was a Les Paul and I didn’t get it, but now I do!”, Cantrell says, recalling Christmas in eighth grade when his request for one went unanswered.

“I picked the Wino up in ’96 or ’97. It’s always had a warmer tone to it, a bit more of a classic rock sound. That’s the cool thing about guitars. You can have the same model made in the same factory, but they’re all just a little bit different. It depends on what they go through. How many hands get on them? How much have they been used? We’ve got some interesting ideas for other Cantrell model guitars, so there’s plenty more to come”.

Brighten also marks the second appearance of Elton John on a Jerry Cantrell record: a cover of John’s Goodbye from 1971’s Madman Across The Water serves as the album closer. The first being John’s piano performance on the title track from Alice In Chains’ 2009 comeback album, Black Gives Way To Blue – written as a tribute to Layne Staley. “[John] dug it a lot. The sentiment and what the song was saying. That was an important song for us because it marked us moving on and saying goodbye to Layne, but also saying hello to the future of the band with William DuVall”, Cantrell says. Elton John’s Greatest Hits was also the first album that Cantrell owned. “My dad came back from Korea with a box of records and he gave me that one. I think that was the first record that I ever held in my hands”.

After 35 years in the business, the highest praise you could offer Jerry Cantrell is that he still has plenty worth saying. And that’s never a given so deep into a career. That said, Cantrell is surprisingly humble for someone who’s never really had a critical dressing-down or a poorly received record. “I’m surprised every time I go through this process and come out with a record that I’m proud of, because there’s always that bread of failure”, Cantrell says with a laugh. “When am I gonna run out of gas? Am I just gonna start writing shitty songs?” 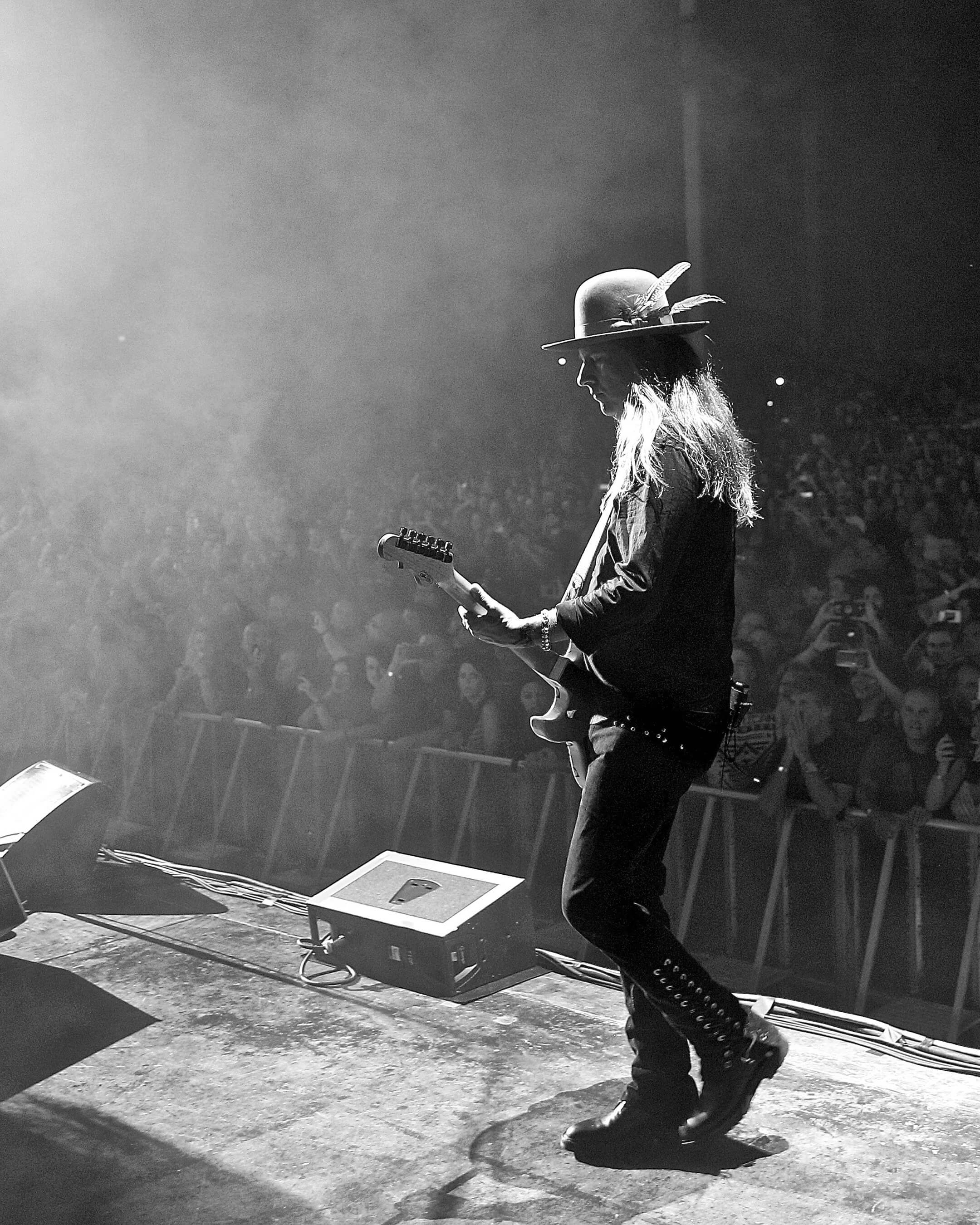 But he’s aware of his powers, and as a storyteller, this might be his finest hour. A key element of Alice In Chains’ allure is the band’s vocal dynamic. First Layne Staley and now William DuVall, you can never be certain of when Cantrell’s voice fades, and vice versa – so convincing and captivating are their harmonies.

But now, with the release of Brighten, there is no doubt. This is Jerry Cantrell’s true introduction as a solo artist. What’s most impressive, though, is the exuberance with which he speaks about his music, as if these are the first songs he’s ever put his name to: “I’m proud of these songs individually and as an album, just like I am with everything that I’ve put out in my career. They’re all my little babies. I think this is some of my best writing and that I’m still at the top of my game. Hopefully I’ll know when that’s not the case, but I have high hopes for this one”.

Jerry Cantrell’s Brighten is out now.