Little Barrie’s latest album was born in a basement studio and is heavy on atmospherics. We return to the scene of the sessions to find out how it all went down.

To those who have heard him play, Barrie Cadogan is a national treasure. Informed by a heady brew of R&B, blues, psych, rock ’n’ roll, garage, krautrock, soul and plenty more besides, he’s a guitarist of impeccable taste with a fleet-fingered, elastic style that always serves the song and never fails to impress. Over the years, Cadogan has performed with indie royalty such as Primal Scream, Edwyn Collins and The The, while his own band, the eponymous Little Barrie, gained international exposure in 2015 when they penned the theme music for hit US TV show Better Call Saul.

In 2017, Little Barrie released their fifth long-player, Death Express, and were poised to set out on tour when drummer Virgil Howe – son of Yes guitarist Steve – suffered a heart attack and died suddenly at the age of just 41. Three years on from losing their friend and bandmate, Barrie Cadogan and bassist Lewis Wharton have unveiled their first new material, recorded in collaboration with Malcolm Catto, co-founder of London psychedelic jazz collective The Heliocentrics, former live drummer for DJ Shadow and custodian of a treasure trove of vintage analogue gear.

“I didn’t use much on this record. A lot of the sounds were done in the mix. I did most of the album with a couple of guitars, my friend’s JPF combo and a Cornell Fuzz Face”

Comprising seven tracks and clocking in at 31 minutes, Quatermass Seven is a dense, claustrophobic collection of dark, filmic grooves underpinning Barrie’s frayed fuzz explorations and haunting vocal melodies. “Still here, so fine, just a little darker state of mind,” he sings ruefully on Steel Drum, one of the album’s most immediate and most disarming hooks.

The tracks were cut predominantly live with minimal overdubs in Catto’s Quatermass Sound Lab in north-east London. As well as contributing achingly cool drum parts, the Heliocentrics man occupied the producer’s chair, and even got hands-on with the guitar tones by patching in various stompboxes and outboard units during the mixing process.

“I didn’t use much stuff on this record,” says Barrie. “Quite a lot of the more tripped-out guitar sounds were done by Malcolm in the mix. We really wanted to work with him because we loved his music and we just left the tracks with him to do his thing. I did most of the album with a couple of different guitars, my friend’s JPF combo, a Cornell Fuzz Face… I had a fuzz-wah pedal on one song and I occasionally used a bit of reverb. But a lot of the reverbs and guitar effects were done by Mal.”

Though the sessions were initially recorded to hard disk (with the finished mixes then being fed through a vintage Ampex tape machine before being mastered) one thing you won’t hear on Quatermass Seven is your favourite plugin. “I try not to use plugins, just because everyone’s using them,” Malcolm says, when we quiz him on his approach. “I just use a computer as a tape machine, basically just to edit. There’s loads of effects that I process stuff through, just to try and find a sound, really. I’ve got some EMI stuff… you can distort the fuck out of the EMI valve preamps. It’s a germanium desk as well, which kind of helps. Swedish broadcast from ’65.”

Though the new album is arguably the band’s most immersive work to date, it wasn’t exactly mapped out when Barrie and Lewis arrived at Malcolm’s studio. “After everything that happened with losing Virgil, we just wanted to go in the studio and maybe try and do a couple of songs, just to see what happened,” Barrie reveals. “But we came out with more, we came out with five songs and two instrumentals.”

“We’ve done quite a lot of punchy, short and slightly more rock ’n’ roll things and we just wanted to do something different this time, keeping the energy and the spirit of old records that we like, but trying to take it somewhere else. I’ve been a fan of Malcolm’s music for a long time – we really wanted his spin on it, to take us somewhere different from the records we’d done before.”

From guitar tones to mixes, Barrie placed a great deal of faith in Malcolm’s abilities. “There aren’t many people I’d just leave a record with and trust to mix it, but I trusted Mal 100 per cent. I trusted letting go with Mal because of the sound of his records and I just knew that he got it. Malcolm sent quite a few mixes of some of these tracks – he didn’t send us a bad mix. It was sometimes hard to choose.” 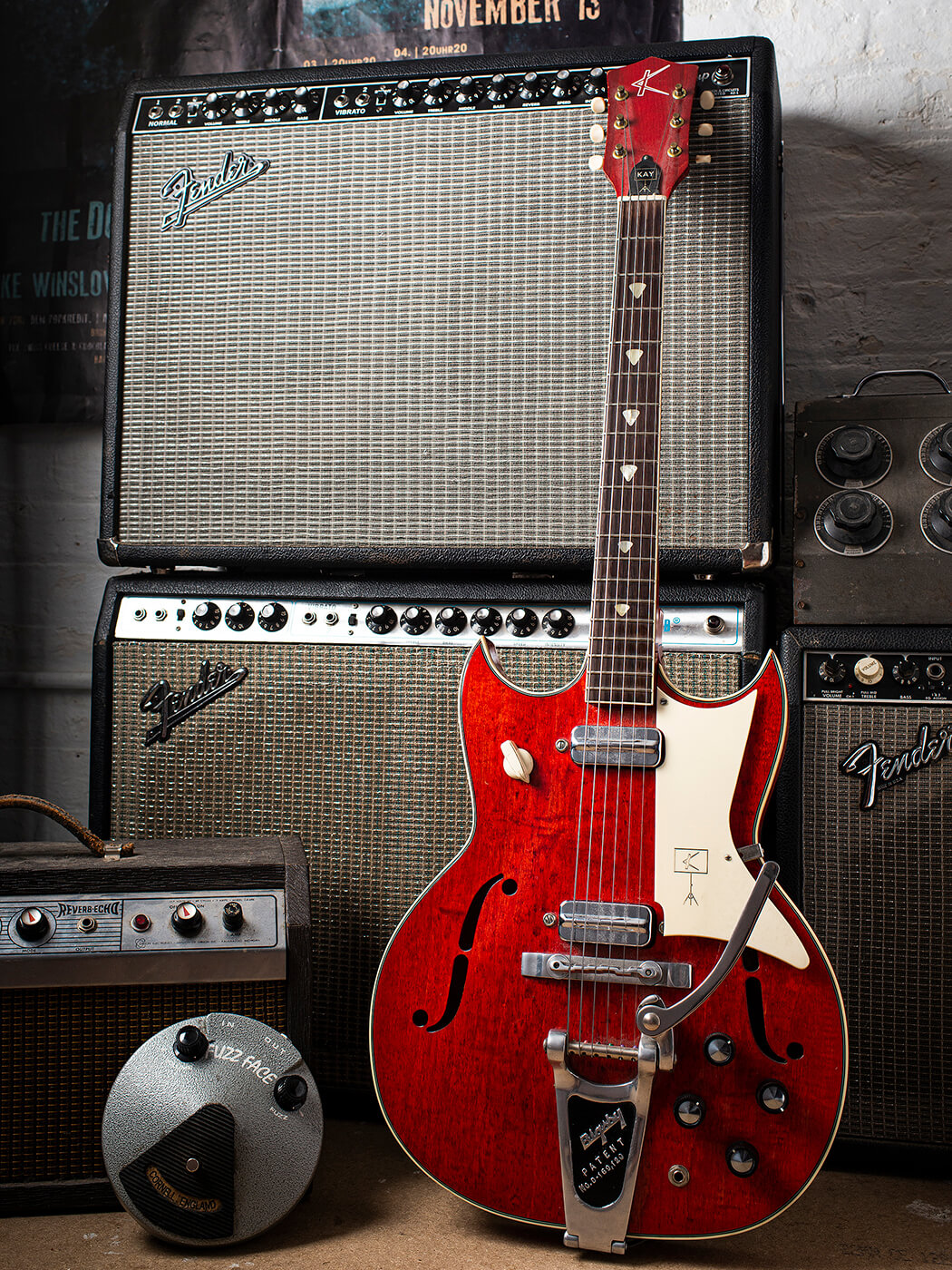 Malcolm is keen to stress that his love for all things analogue is not about fetishising vintage gear – it’s about using the optimal technology to capture the energy of a live band. “I’m not trying to do a vintage thing because I’m just stuck on vintage – it’s not that,” he affirms. “All that stuff in the 70s sounds wicked, right? And then the 80s comes along and there’s a new sound, there’s a new production, and everyone goes for it! Herbie Hancock, Miles Davis… everyone jumps onboard. ‘This is great! It’s new!’ No… it’s shit. I’m sorry. It suits some kinds of music, but funk and jazz stuff from that era sounds hideous.

“On all those old recordings, there’s so much extra that you get through bleed. it creates the air, It creates a picture – it’s like a painting”

“The ethos behind owning all this vintage gear is basically, the late 60s to the late 70s, for me that’s the pinnacle sound for live music. Modern technology works for modern music, but it’s not live music. This gear wouldn’t work so well for programmed stuff, but it sounds wicked for anything spiritual.”

Barrie agrees. “I’ve played with bands and, say we’ve done something on TV, when you are playing in the room you think yeah, the band sounds pretty cooking. And you watch the broadcast back and you are just like, ‘What have they done to it? It’s so thin and so small.’ 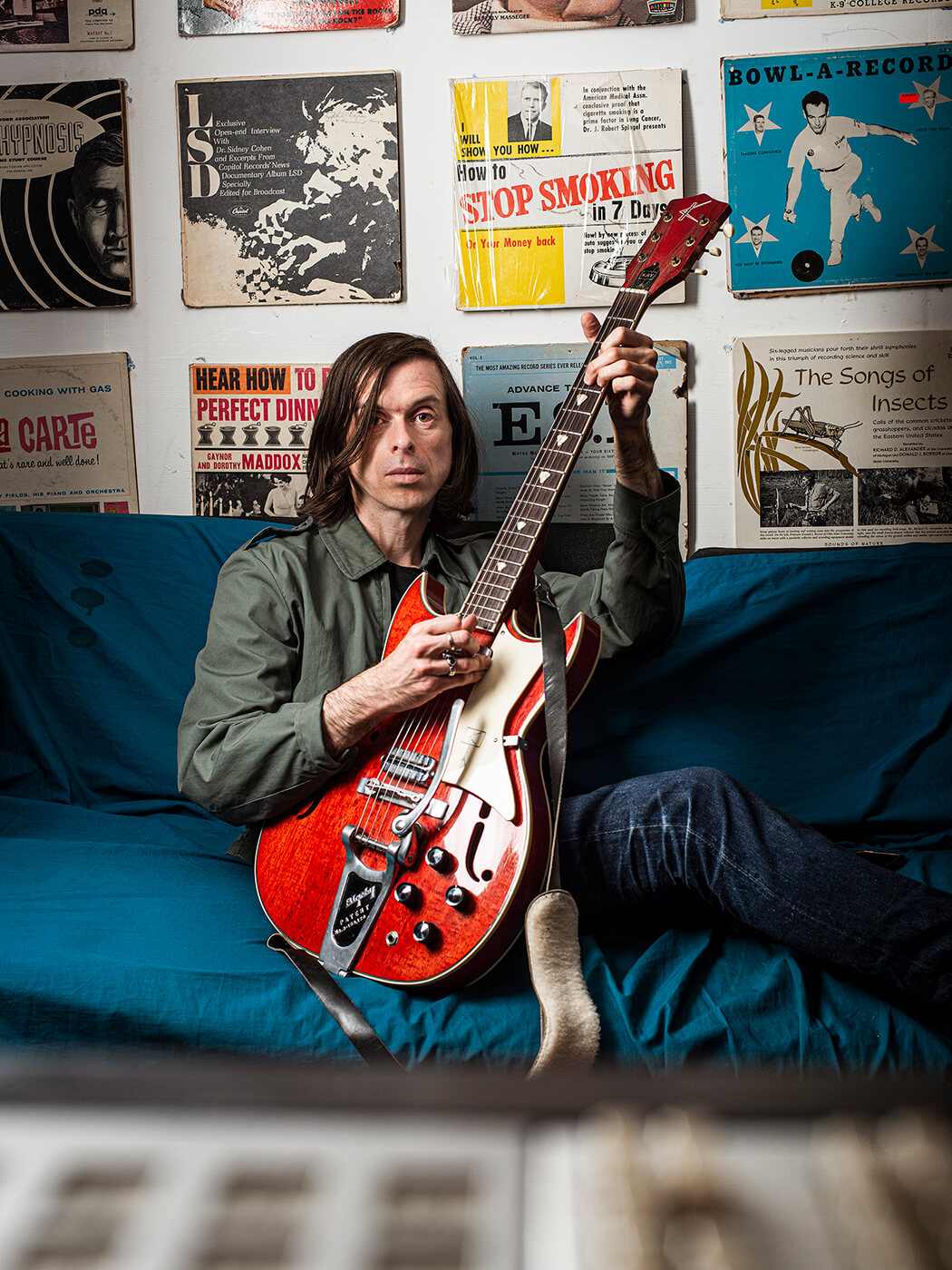 “How come when you watch footage of Ready Steady Go! it sounds amazing? Eddie Kramer mixed the Woodstock soundtrack and they had eight channels. And it sounds incredible. They were taking studio gear outdoors so they were trying to keep Neumann mics out of the rain and everything. But to say the whole thing was done on eight channels is pretty heavy, really.”

“That’s all you fucking need,” laughs Malcolm. “I’ve got bands coming down here, they send me files to mix, it’s 40 channels! The first thing I do is take out 12 drum mics. It’s like, no, you don’t need the underside of the floor tom. I don’t wanna hear it! Just because you’ve got it doesn’t mean you should use it. You’ve got to be discerning.”

The phrase, “Just because you’ve got it doesn’t mean you should use it” ought to be chiselled above the doorway of every recording studio on the planet. And anyone who has spent time in studios with bands will be familiar with that sinking feeling that occurs when the playback in the control room just doesn’t capture the raw energy you are used to experiencing during a gig or rehearsal-room performance.

“What people don’t realise,” adds Malcolm, “is that on all those old recordings, there’s so much extra that you get through bleed. When you can hear other things on a channel it creates the air, it creates a picture – it’s like a painting, rather than just a cold, dead sound. There’s an art to it.”

During the Quatermass Seven sessions, the trio set up in the live room and played largely without headphones. It’s a testament to their musicianship that only a single day of rehearsals was required before hitting the record button. “If you over-rehearse stuff, it loses any kind of spontaneity,” says Malcolm. “With making music, you are trying to convey something to people, right? Either energy, or something of yourself, some emotion… it’s got to convey something.

“It’s about capturing a performance, always. With production, some stuff you don’t wanna touch. I didn’t do much production on this. Some stuff I really have to fucking produce to make it into something, because it’s lacking. This was just about mixing it, and capturing the heaviness of it. It was pretty fucking heavy.”

“It was exciting doing takes and going back into the control room to have a listen,” Barrie recalls.  “Straight away things just felt good. Obviously me and Lewis were feeling a bit strange after everything that had happened, but everything just felt exciting, instantly.”

Before we leave, Barrie and Malcolm treat us to a brief jam that’s the closest thing to a gig either of them have played, or we have attended, in months. With Barrie’s Kay Red Devil plugged straight into one of the house amps and swathed in spring reverb, Malcolm lays down an insistent, jazz-infused groove on his no-name vintage drum kit. It’s like the soundtrack to a lost late-60s road movie, and they make it look effortless. With any luck, Quatermass Seven will be the first of many collaborations between these uniquely talented musicians.

Quatermass Seven is out now on Madlib Invazion. Visit littlebarrie.com for more.