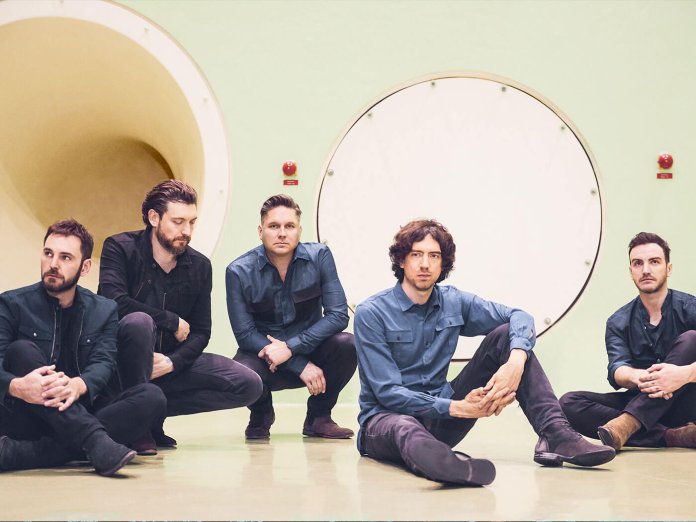 Snow Patrol are one of the most impactful bands of the century so far. Their 25-year career has led to eight studio albums, including this year’s Reworked. It’s a concept the band initially explored on a 2009 tour: breaking down their songs and rebuilding them, imbuing them with new energy.

For this studio effort, 13 Snow Patrol songs have seen a new studio version, with three new tracks sprinkled throughout the tracklist. Included is are new versions of Chasing Cars and Run. The band aimed to tread the line between nostalgia and transformation: while keeping the big hits untouched might have been the safer play, frontman Gary Lightbody didn’t want to just release another Best Of. We talked to him about navigating this legacy, songwriting inspiration and recording in hotel rooms.

What spurred you on to take on another ‘reworked’ project?

Well, it’s the band’s 25th anniversary. And the first thing I thought was to do the Reworked tour, which we did 10 years ago – so it’s kind of a double anniversary. But getting from to the Reworked album was a bit more of a strangled root – originally I thought it’d be good to do something with the back catalogue. Because we were on the Wildness tour I didn’t think we’d have time to do anything substantial. Talking to Johnny McDaid about it, I said ‘what about an acoustic album?’ He said we should do something a bit more ambitious than that. And I didn’t think we’d have time to do something more ambitious, but it was down to Johnny putting the work in. I mean, he’s a world-renowned producer himself, with a lot of skill in that department already. So we basically set up in hotel rooms in whatever city we were in – I think this album was recorded in about 100 different places across the world. We set about rather spontaneously picking songs and reworking them. We picked some from Wildness because they were fresh in our minds, and we were already figuring ways of doing them differently.

That was definitely one of the fun bits – we finished the album, and then went, ‘well, what if we did this?’ We’re never fully finished. But then, of course, we also want to do the song’s we’re probably most renowned for. Those were the ones that were going to have the most impact in reworking, there’s no point in reworking a bunch of B-sides. You need something that people already have an emotional connection with. And, you know, some of that emotional connection might work against us.

Overall, it was really just to celebrate the 25th anniversary in a way that doesn’t rip the fans off. We released a best of in 2009, and to do that again would be… egregious.

Had you already been breaking down and reworking these songs to play them live?

We have, if you include Reworked, three different live touring bands. Aside from the main Snow Patrol thing, recently we’ve been doing an acoustic three-piece thing that we’re touring – we toured around Australia and New Zealand and Asia, and it was a lot of fun. And we’re still changing stuff. Things are changing on the hoof. We have an eyebrow system, so stuff like ‘this one normally goes down, but let’s go up.’ But it’s not communicated with language. As any musician will know, especially improvisational musicians, which we are not, there’s a kind of body language that just speaks volumes.

It’s not something you do for an arena show, you can’t really stray too far from the path without everything collapsing like a flan in a cupboard. But the good thing about the acoustic thing is less risk, and if it all falls apart it’s actually funny, anyway. I like the sort of moments where something completely breaks down. It’s less funny when it’s in front of 15,000 people and everything grinds to a shuddering halt. You can get away with at an acoustic gig, and everyone has a laugh.

How did you go about recording in hotels and dressing rooms, gear-wise?

Johnny [McDaid] has a studio setup that sits in a flight case, and he uses a bunch of plugins. It’s perhaps basic, as, you know, the whole room full of stuff but it’s a pretty good travel setup. Johnny takes things apart, rewires them, puts them back together – and also writes his own computer programs for stage and studio stuff. Give him something that’s too big to take on tour, and a month and he can boil it down into something portable.

Did the different environment change how you approached actually playing and singing on these songs?

Well, I’ve known Johnny for many years, I love writing with him, its very relaxed. And couple that with sitting down for most of it, even the singing. So that’s the kind of difference in the delivery, it’s much more relaxed than if we were in a studio. We’d just be chatting, and then go ‘let’s do one’ – less pressure than the red light in a studio.

What led to the three original songs on the album?

Time won’t go slowly was recorded in LA, we feel that we tried to put as much of the LA sunshine in that song as we could. It was inspired by both Johnny and I’s love of Frank Ocean – I think the man is a godlike genius – and I always wanted to do something like him. Not for one minute do I think it touches what he does, but it was kind of our homage to him. Lyrically, it’s the first love song I’ve written in a long, long time. I think people think of me as a love-song writer, but I might have written three love songs in 25 years. And most of those songs are written after the relationship falls apart. But this is a love song, there’s a simplicity to that. The last album was a lot about my dad’s health and my own mental health, and at the time newfound sobriety. And now that I’m sober a long time things are different, I feel like I can breathe in and out a little bit. And I write about things with less darkness.

With I Think of Home – five years ago today I was asked to do a tribute to Seamus Heaney, who’s a literary hero of mine, the reason I started writing in the first place, and when he passed away the Heany Foundation set up a centre in Magherafelt in Northern Ireland to celebrate him, and I was asked to perform at its opening. And I guess they were expecting me to come and play Run and Chasing Cars, and I turned up with five new songs and played those instead, all inspired by the things that Seamus Heaney wrote about: Ireland, home, family, and nature. I Think of Home was one of those. It was a song I was trying to figure out a place for. I’ve played it a lot live, just by myself in the middle of a set, and we hadn’t figured out a way to record it and then Johnny cracked the code on it. And turned it into something really special. It tells the story of me growing up in Ireland, with my grandmother and mum and dad. My grandmother’s very special to me, she’s an extraordinary person – and didn’t see race or religion or background, just took everyone as she found them in a time where, in Northern Ireland, that wasn’t the usual way. I mean, she was a Protestant and her best friend was a Catholic – she kind of bucked the trend, and basically taught all me and my sister to be human, and so I just wanted to pay tribute to her.

And also in that song is going around Ireland in a caravan. While all my friends were going to Spain, France and Italy for their summer holidays, we were going around in the rain. We didn’t appreciate it at the time, you know, ‘snotty kids just roll their eyes’ but looking back on it now though I’m so appreciative of that foundation it gave me. To know the Island that I was born on, without religion and without politics, just the geographical island, stood me in good stead for travelling around the rest of the world. My dad always said that you should know the place you were born in before you go anywhere else

And then, Made of Something Different we recorded in Bangor, in my house and that was the last song we recorded before Johnny went in to get his surgery. We didn’t even know at that point, he was nearly paralysed – and he was still working on the record right up until he went to see the doctor. So that’s how hard he works, to put it into context.

Chasing cars in particular must have been hard to rework, given its legacy.

What I wanted to do with Chasing Cars was Polyphonic Spree – full, joyous, many voices, many instruments, just go bananas. But we didn’t have the time, we couldn’t get into a studio as we were on tour. I was going over it all and I think I was making everyone lose sleep with the ambition of the idea. Iain [Archer] and Johnny actually had the idea for how it ended up. Iain sent a version that just floored everybody – and I realised my idea was just way too much, trying to be clever. There was no need to be clever, just be natural.

On Eyes Open, especially, we had 10 guitars when one would have done. If there’s a wall of sound album in our back-catalogue, it’s that one – I don’t think we knew what we were doing at the time. It’s like any band that’s given the keys to the toy shop. ‘We just had a successful album, know we can go and do whatever we want.’ We filled every frequency with noise. It’s our most successful album so it worked on some level, but then years later you go ‘right, what’s the opposite of that?’ And that’s what Wildness is. Everything that Eyes Open was Wildness isn’t. There’s nothing filling space, there’s nothing there for no reason. You learn that you can make a bigger sound with less stuff – sometimes, fewer guitars make more sense. Don’t make that the pull quote, please?

Reworked is out now on Polydor Records. Snow Patrol are currently on tour: find out more at snowpatrol.com.