Meet The Lazy Eyes: Aussie indie-rockers with a passion for hypnotic phasers and psychedelic textures

The Aussie quartet’s psychedelic indie-rock is the perfect combination of weird and wonderful, and will transport you to a beach house Down Under bursting with colour. 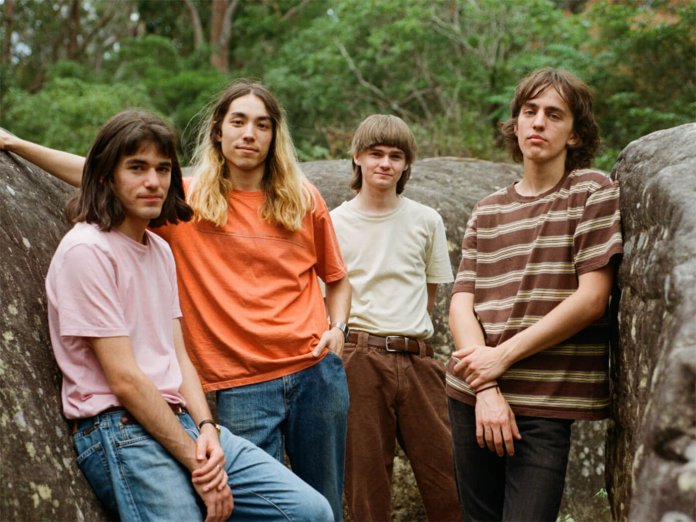 The psychedelic, hypnotic sound of The Lazy Eyes has gained them over 1.5 million streams since the release of their first EP. Now that their high school days are behind them, the band are on their way to gifting the world more psychedelic pizzazz as they come ever closer to releasing EP2.

How have you progressed as a band since you recorded EP1 last year?

“We were in a totally different headspace when we recorded EP1. Those tracks felt like easing pressure after having sat on them since our high school days, so as soon as we got out, we thought ‘Okay, we have to do this now.’ With EP2, we had a bit more time for the textures and layers of the songs to manifest. Harvey and I would go into our little home studio and just peel back the songs like onions. We think the production is an improvement on this EP, the tracks feel more like a tapestry and there are bits that only come in for a second and then disappear forever.”

Where’s My Brain??? was originally recorded under a bunk bed. How was that experience for you?

“That was back in the day when we would, without permission, rehearse in my little brother’s bedroom. I remember we kept on getting shocked to the mouth by our vocal mics because the power situation in the room was so dodgy, so we put these colourful socks over it. Enhanced the music, maybe… I don’t think it sounded special, but it did feel really cool to feel so synchronised. It was the first song that we weren’t scared to both be playing the exact same thing on guitar. It may have sounded empty, but soon enough the energy we gave it made up for that.” 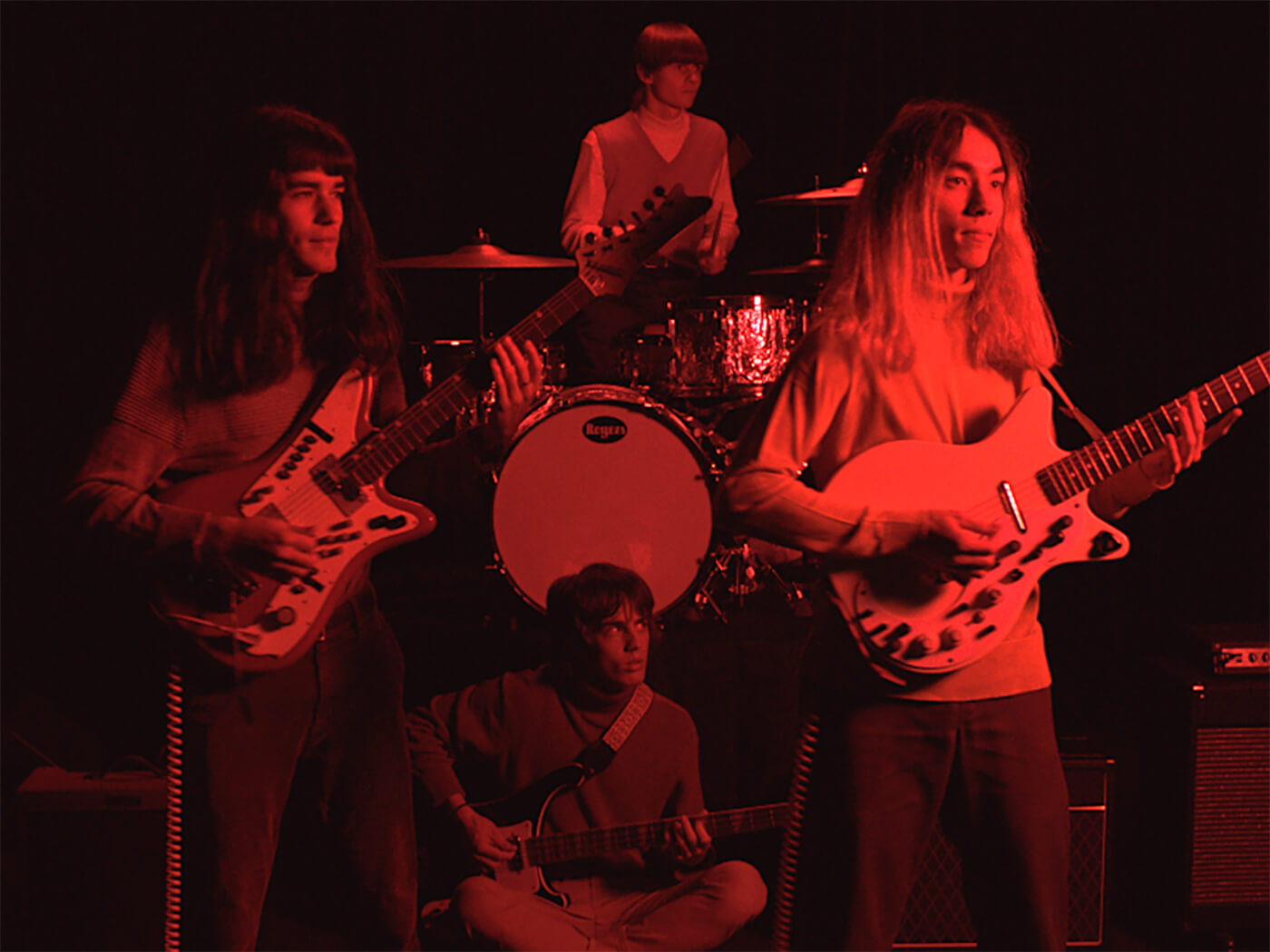 How was working with Jesse Taylor Smith for the video?

“We were really grateful to get to work with Jesse and dump our over-ambitious sci-fi ideas into his lap. We knew he had the right juice after being in awe from the videos he made with a hero band of ours, Pond. We came up with the idea that we wanted to be flying through space on a musical spaceship with Sabbath-esque duelling guitars. Jesse’s idea was to instead make the world we were zooming through inner space. We were literally on a journey to find the brain.”

Tell us about your current guitar and pedal set up…

“Our current setups have been worked through a million renditions over the course of a few years. We’ve had the same setup for quite a while now, and we get everything we need. We’re not necessarily the type to dish out money and buy the newest, coolest pedal just ‘because’. Most of our purchases, both instrument and pedal-wise, are to fulfil a very specific niche that we hear in our heads or to recreate from the recordings. The three pedalboards between us were very much a collaborative endeavour.”

Of all the music you have released so far, do you have any standout guitar moments?

“At the end of Cheesy Love Song, there’s a bit where the guitar ascends into the sky like a raging siren or a motorbike zooming past in slow motion. We’re proud of that moment and enjoy that the end of that song in general sounds like it has nothing at all to do with the start. Halfway through the take we twist the knobs on the pedal to make the ascending line rush by even faster. In a live sense, we love ripping into the Brain solos. If the vibrations are right and our muscles relax, it can really feel like we’re really playing together… Sometimes, definitely not! In the next part of that song there’s a Shepard tone which plays underneath this slowly ascending and descending ostinato.” 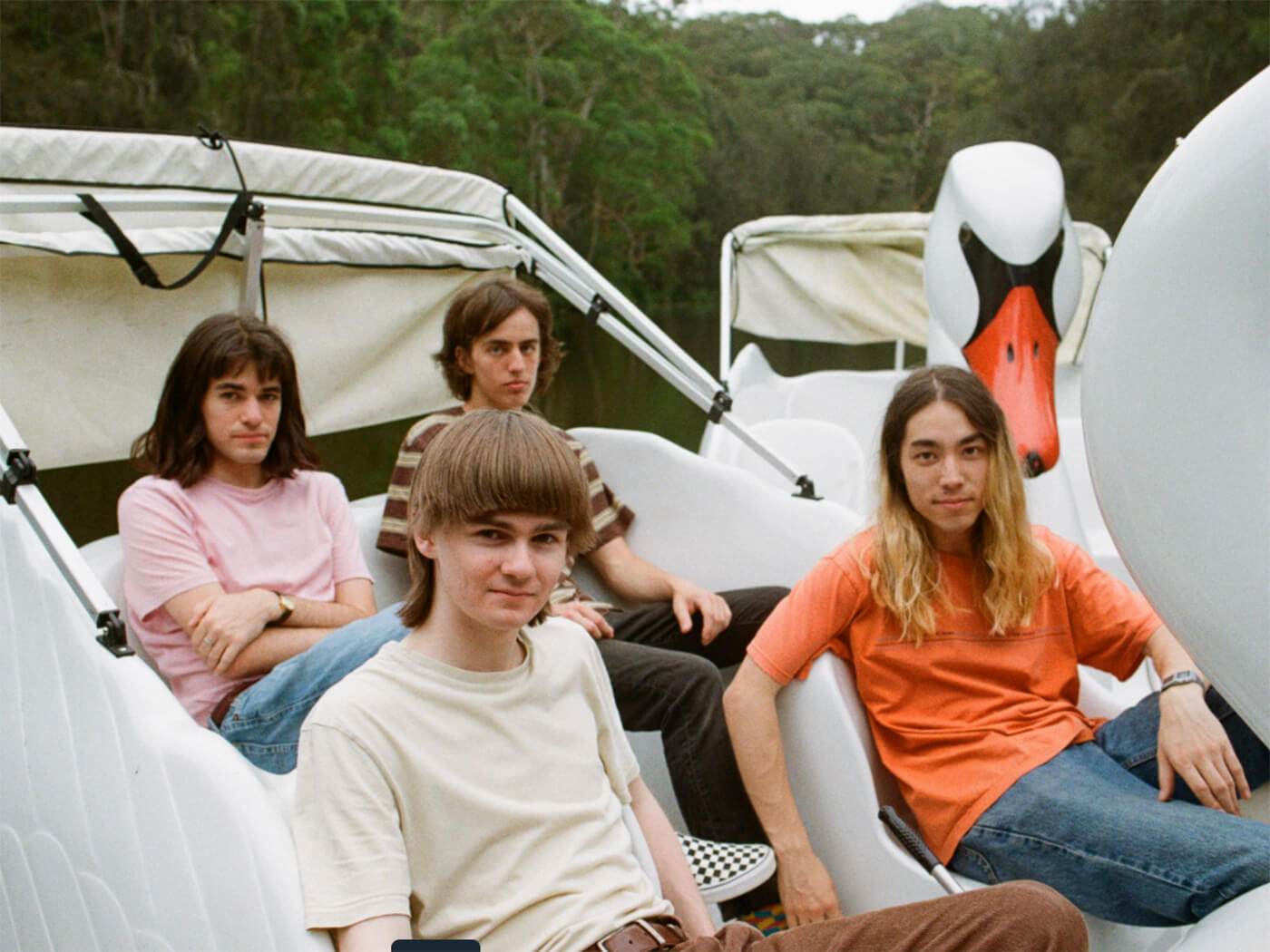 Tell us about your most interesting piece of gear…

“We really enjoy nerding out about weird gear. It would probably have to be one of my pedals, called a Maestro Phaser. There was a period where my favourite pastime would be jumping on YouTube and exploring videos of bizarre and wonderful guitar pedals. One night, I stumbled across this pedal and its sound was so beautiful and open. We’re really picky with the way phasers sound, we like when the range is really full, and it can sound wonky if you need it to. Harvey has a vintage pearl phaser on his board, too. But the coolest thing about the Maestro is its functionality. You have to kick the entire front face to turn the thing on and there are huge circular knobs placed on either side of the box so you can roll them under your feet like tennis balls to adjust the settings on the fly.”

“It would have to be playing a support show at the Enmore Theatre! We were so grateful to play there and it didn’t disappoint. The venue is special to us because we would’ve walked past hundreds of times each on our daily route to and from school. It’s the typical thing where you always dream about playing there, so when we did, man, were we keen! Our music video for Tangerine was shot with footage our mate Spencer took of us performing live at Enmore. It’s a full circle moment because he lyrics to that song it go “hopscotch round Enmore theatre, they’re having a show…” We’d really like to imagine a highly disinterested audience member playing a very insular game of hopscotch right at the back of the venue that night.”

What’s been the most surreal moment in your time in this band?

“The band has been grinding away for a while now, so some really happy moments have popped up over the course of that. By far the most surreal thing to have happened recently is to meet and work with the celebrated record producer, Chris Thomas. He truly is a legend! Just knowing that he was in the room whilst some of our absolute favourite music ever was being recorded is such a surreal thought. We’re going to use his mentorship on our next collection of songs and see what happens!”

The Lazy Eyes’ EP2 is out July 23 via The Orchard.