“It was like being in a bomb shelter”: Volbeat on pandemic blues and recording in isolation

Lead guitarist Rob Caggiano discusses new album Servant of the Mind and why it packs Volbeat’s heaviest riffs yet.

Rob Caggiano’s house is the perfect metaphor for Volbeat’s music. When the New-York-based lead player – who joined his Danish cohorts in 2013 – answers our Zoom call, he’s sat in a regal red room with a portrait of Bobby Darin hanging behind him. He himself, however, is coated from head to toe in black leather. There’s an instant “classic rock star clashing with bullish metalhead” aesthetic – which will continue if you give his band a spin.

The essence of Volbeat is the same now as it was when they debuted in 2005: vibrant rockabilly melodies layered on top of crushingly heavy guitars. Just listen to songs like The Devil’s Bleeding Crown and Seal the Deal, where chugging rhythms eventually cave into swaggering classic rook hooks.

It’s this perfect marriage of catchiness and metallic adrenaline that’s made the band one of the biggest in Europe. They’ve had five albums in a row reach number one in Denmark. Ten of their songs have topped the US Mainstream Rock chart. In 2014, they headlined Poland’s Woodstock Festival, belting out their hybrid jams in front of 600,000 people. 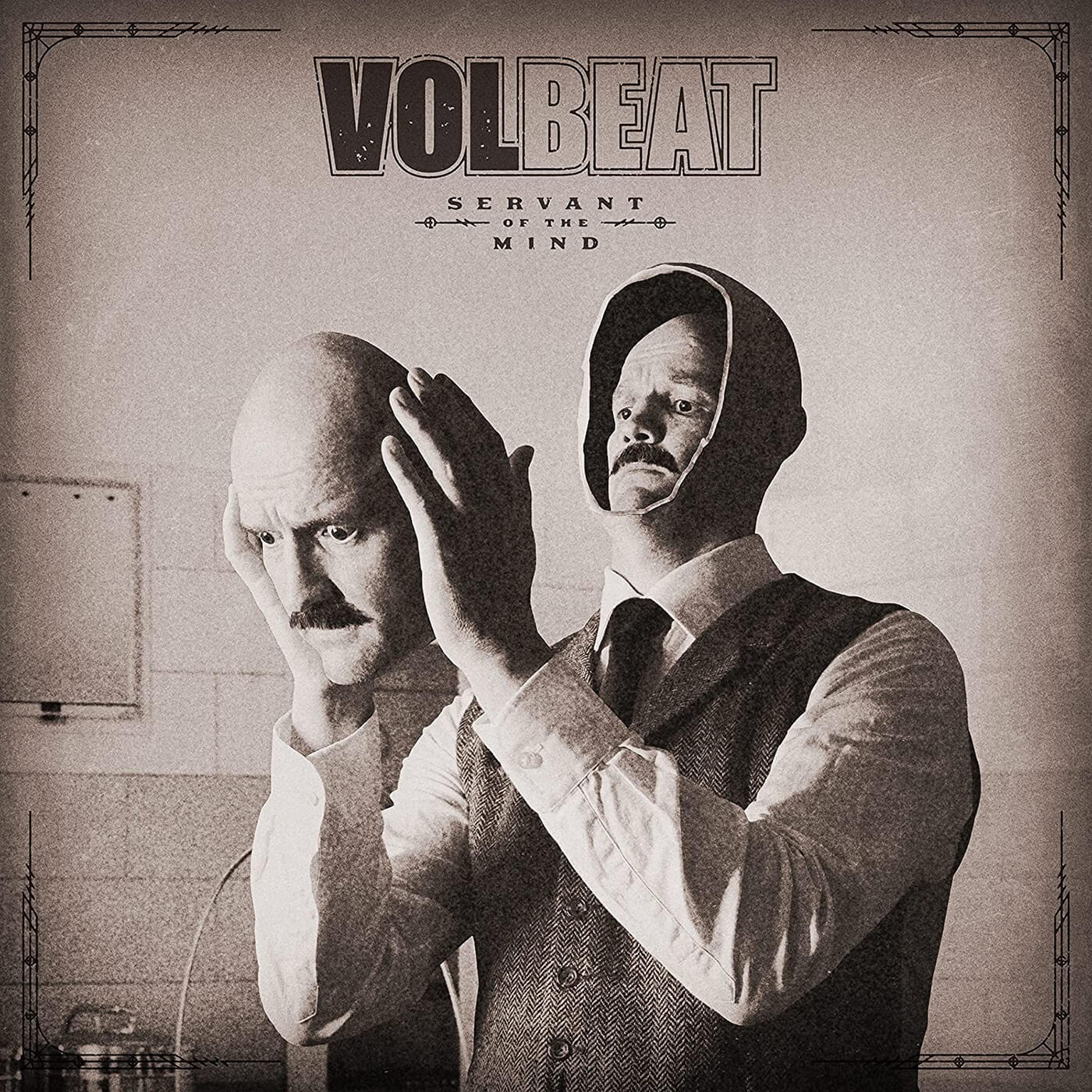 In light of their obvious success, it seems like the four-piece have mastered their own formula for rock ‘n’ roll heroism. “There is definitely a Volbeat sound, but it’s always evolving,” Caggiano says, before applying that statement to their brand-new seventh album, Servant of the Mind. “It’s very much in line with the last record, the record before that, the record before that and even the first record. It all sounds like Volbeat, but there are definitely some heavier riffs this time around, which I love!”

The guitarist is obviously an iron-clad heavy metal aficionado. Not only does he dress the part and have two stints in Anthrax on his CV, but he also expresses his love for underground upstarts like Sleep Token and Void Rot during our conversation. While it’s still melodic as hell, Servant… lets him indulge those leanings more than any Volbeat album before it.

Becoming, one of the album’s four singles, is the most metallic the band have ever been, fully embracing death metal on a main riff crammed with tremolo picking. The Devil Rages On can best be described as Pantera meets Elvis, Southern metal licks twanging beneath singer/rhythm guitarist Michael Poulsen’s faux-American drawl. Then there’s Shotgun Blues: a chugging anthem with twin-guitar harmonies and hefty dollops of power metal silliness.

All this muscle puts Servant… at odds with its immediate predecessor, 2019’s Rewind, Replay, Rebound. Although it lived at the same convergence of metal and rockabilly that every other Volbeat release has, it leant deeper into melodic pop in a move that Caggiano now admits was “polarising”.

“There’s this one part of the Volbeat sound – the more melodic side – and there’s a lot of that on the last record,” he says. “Personally, I felt like maybe there could have been some more heavy tunes to balance it out.”

There’s a good chance that the urgency with which Servant… was written and recorded has made it this more frenetic counterpoint. The band toured extensively in 2019, but plans to stay on the road the following year were killed in their crib by the Covid-19 pandemic. Lockdowns isolated Caggiano on the other side of the planet to his bandmates, trapping him in New York while they stayed in Denmark. 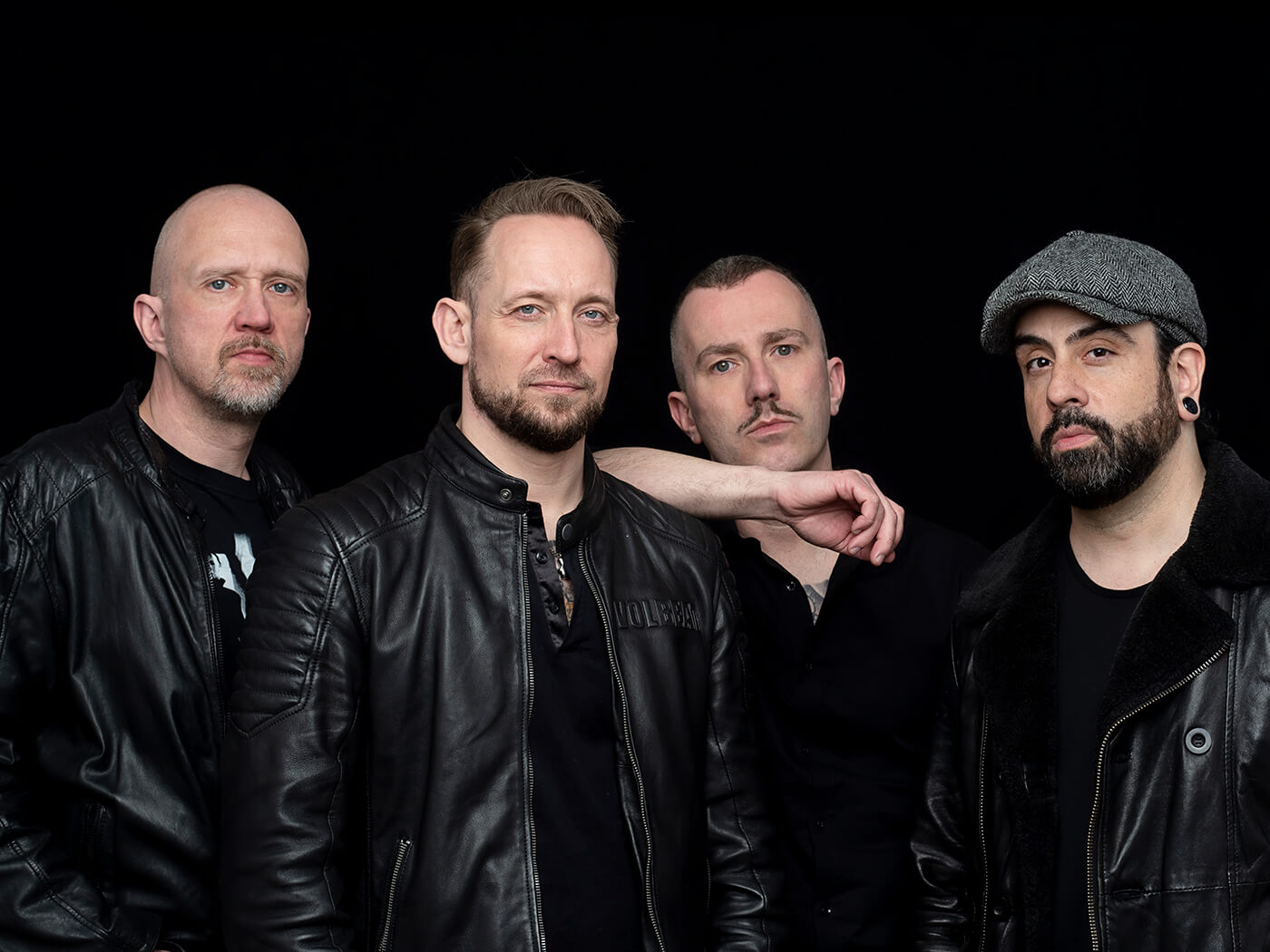 “It was a dark time for the whole world and rock bands were definitely not excluded,” he says. “I had a hard time feeling inspired and that had a lot to do with everything going on around me. You gotta understand, Denmark is very different from New York; what was going on there was definitely not the same as we were dealing with. It was terrifying. For New York, it seemed like everything was getting better and then it got worse again.”

In Denmark, Poulsen wrote the music for Servant… in only three months. Thereafter, Caggiano holed up in the private studio of friend Dan Korneff, who’s also produced for rockers Pierce the Veil and The Devil Wears Prada. Packing light, all he brought with him were three of his signature Jackson Shadowcaster guitars. “I never got into collecting guitars,” Caggiano admits.

He continues: “It was like being in a bomb shelter. No windows. I’d be in there for days at a time. It was cool to be locked up in a creative space but, at the same time, I was losing my mind. It was definitely extreme. I remember recording everything for the whole record and taking a few steps back from it – maybe four or five days off – and listening to it. [I thought], ‘I need to go back and redo it; it feels forced.’”

As a result of the distracting darkness caused by the pandemic, Caggiano recorded his parts twice. However, he describes his second and final attempt as “way better. It’s got that fire, it’s fun-sounding; it has all the elements I like.”

With the pandemic (hopefully) fading into the rear-view mirror, the guitarist is now firmly focussed on touring in support of Servant…, making up for eighteen months without shows. “It’s a little alarming with this new Necronomicon variant,” he laughs. “But, our record just came out, so we’re gonna go out and play the music for everybody. That’s what we do, provided everyone can stay safe.”

If the Volbeat machine continues rolling at its current pace, world domination is inevitable.

Volbeat’s Servant of the Mind is out now via Vertigo.