“We’re never scared of doing anything”: Why You Me At Six refused to be bound by genre

Guitarists Max Helyer and Chris Miller explain the turmoil that inspired the Surrey rockers’ seventh album, and how modern production has opened up a whole new world of tone. 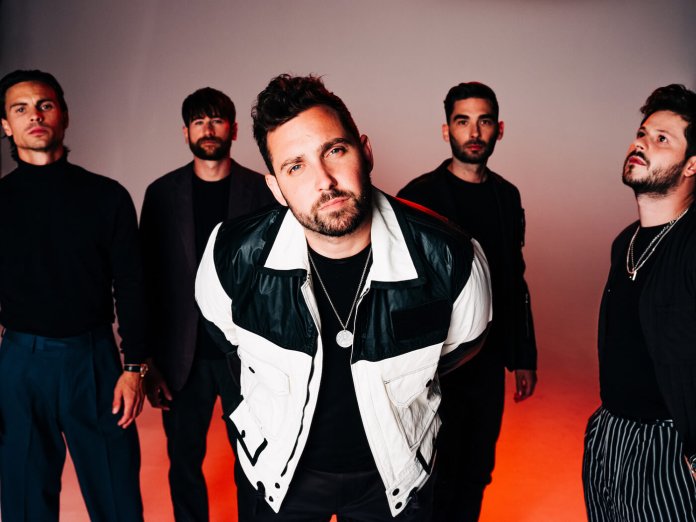 The groundbreaking debut, the sophomore slump, the difficult third album, the fourth album curse and… well that seems to be as far as those tropes go. The reason being? No one is expecting much from a band after this point. Once a band has gained a certain level of success and fortunate and good enough to still be together after album four, they’re usually expected to put their feet up a bit. Everyone’s been there before, they know the formulas and know how to get a result, easy right? Well it seems nobody told You Me At Six about this.

The Surrey quintet refused to rest on their laurels and went into their seventh (!) album with a point to prove. They threw out the rulebook and let their creative instincts take hold – RnB, dance pop, drum and bass, metalcore, synthwave – nothing was off limits when it came to writing the all-caps-for-a-reason SUCKAPUNCH.

While You Me At Six have always been up for genre mashing, there’s a schizophrenic flavour to SUCKAPUNCH that was informed by where individual members found themselves at the time of writing in 2019. Guitarists Max Helyer and Chris Miller explain the process behind their upcoming album. 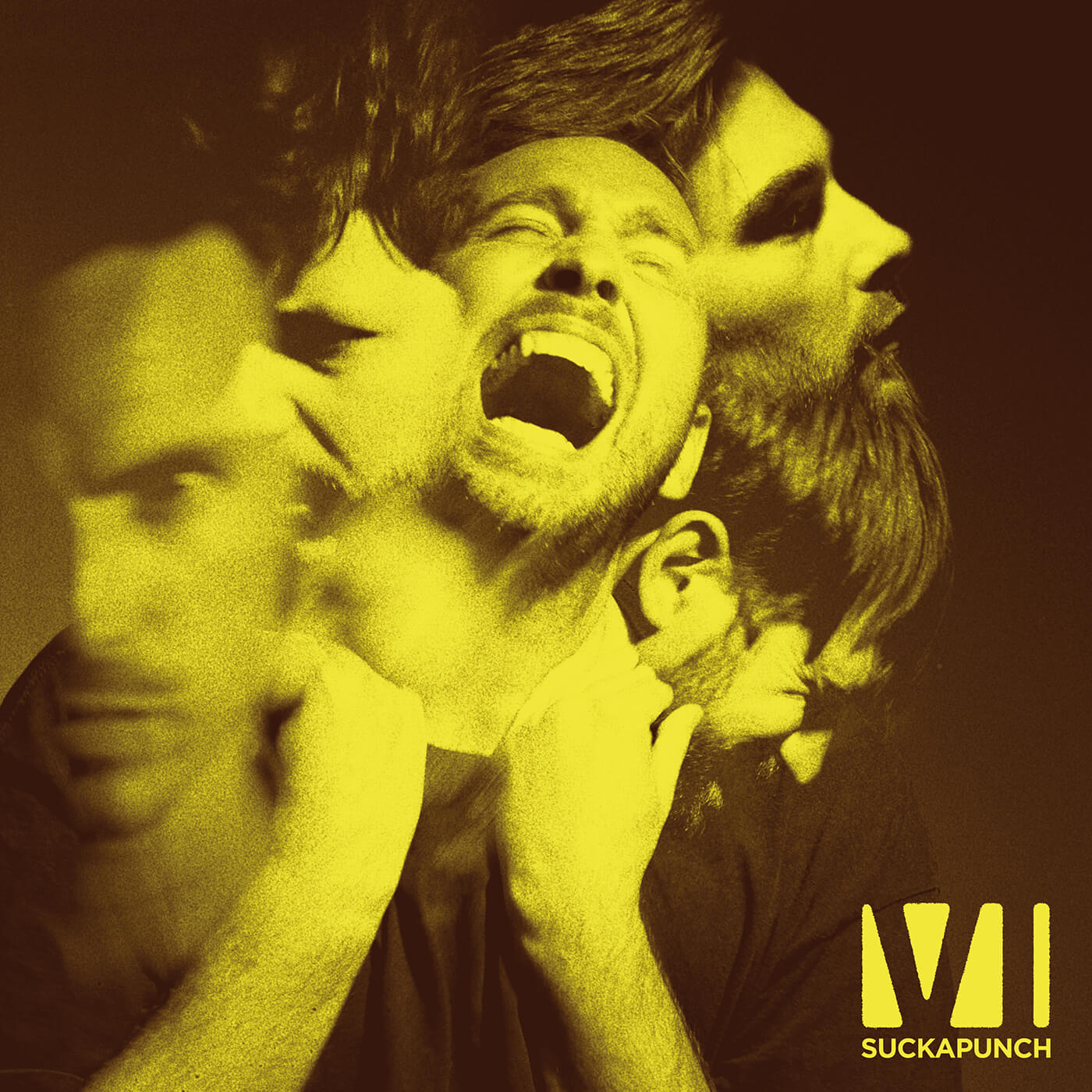 SUCKAPUNCH is certainly a surprising album, can you take me back through the mindset you had going into this album?

Max: “So from my side, it was quite a strange period of time in my life. I was going through a bit of a change… I was engaged and that kind of fell apart, just over the halfway mark of making this record. And there were songs such as What’s It Like, which was the first song we wrote for the album, and in that period where things were good. But then a few months later on, things started deteriorating in my world so my writing for this record kind of changed. I felt like I had a lot more to kind of say in terms of what I was creating and writing about. I found that it kind of helped me and there were riffs coming out of my system that kind of represented that kind of turmoil that was going on in my life at that point. Having that kind of energy in my life and what I was going through pushed me the extra mile to kind of write more material and it helped me get through a really difficult stage in my life.”

Chris: “Yeah, I think we were all sort of in the same predicament in one way or another with life. 2019 was pretty rough for us as people. All five of us really went through different things in different situations and I think it is really like just getting back together with the loud playing tunes and playing gigs and writing. We just took full advantage of that and converted it into the songs that you heard.” 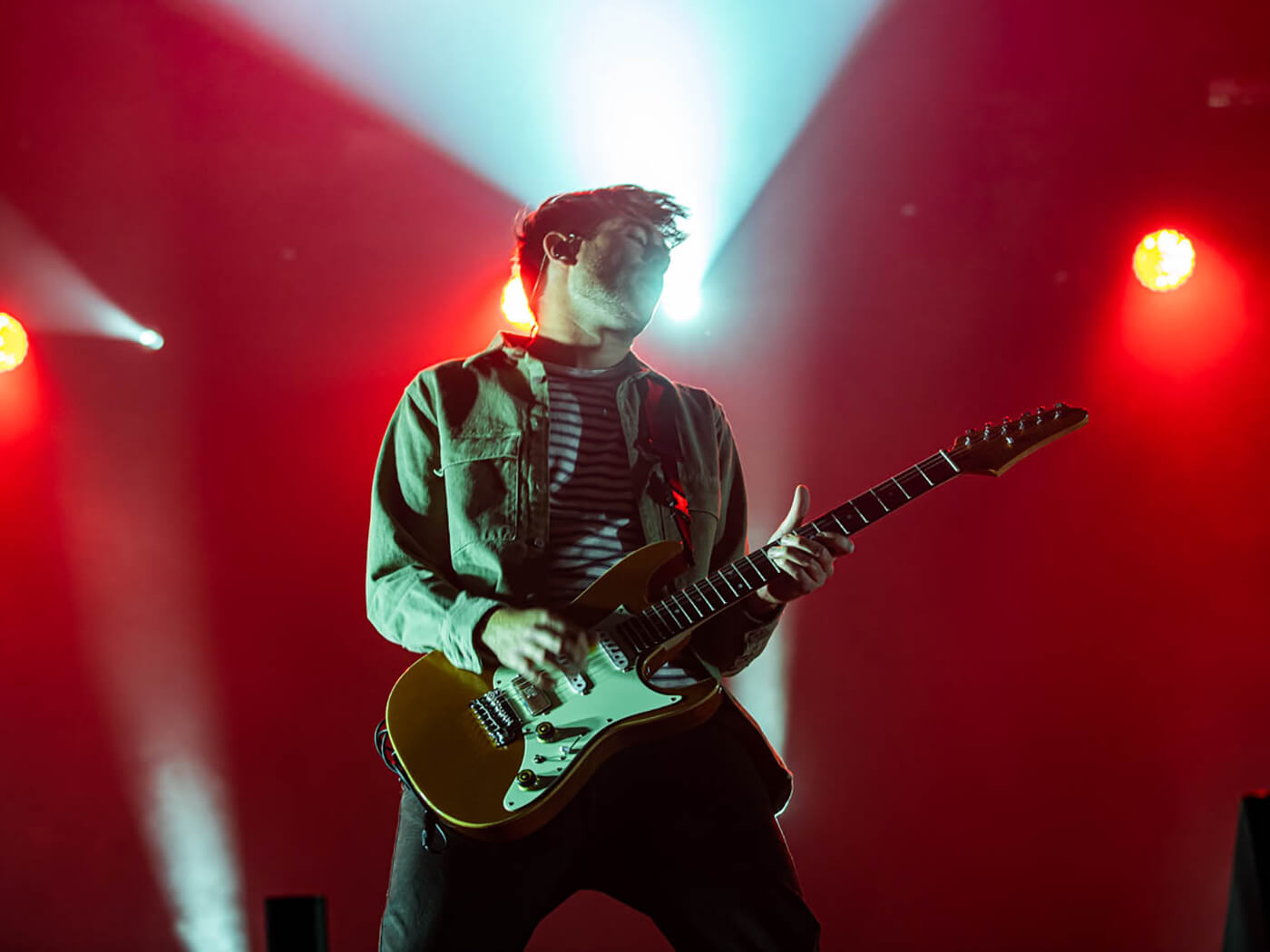 You guys went to Thailand to record this. For most people, that’s a place you go for a proper holiday, but it sounds like it probably wasn’t much of a vacation?

Chris: “We originally planned to do the record in the UK at a place called VADA Studios, which has an amazing set up. But we were doing the budgets and a friend we have found Karma Sounds in Thailand and was sort of “hang on boys, we can go to Thailand for like five weeks and it would be a similar outlay for the band, so it worked out really nicely. So, like I said before, it was sort of taking all the energy from other things and putting it in the studio. But then at the same time we were surrounded by this amazing new sort of creative atmosphere being Thailand.” 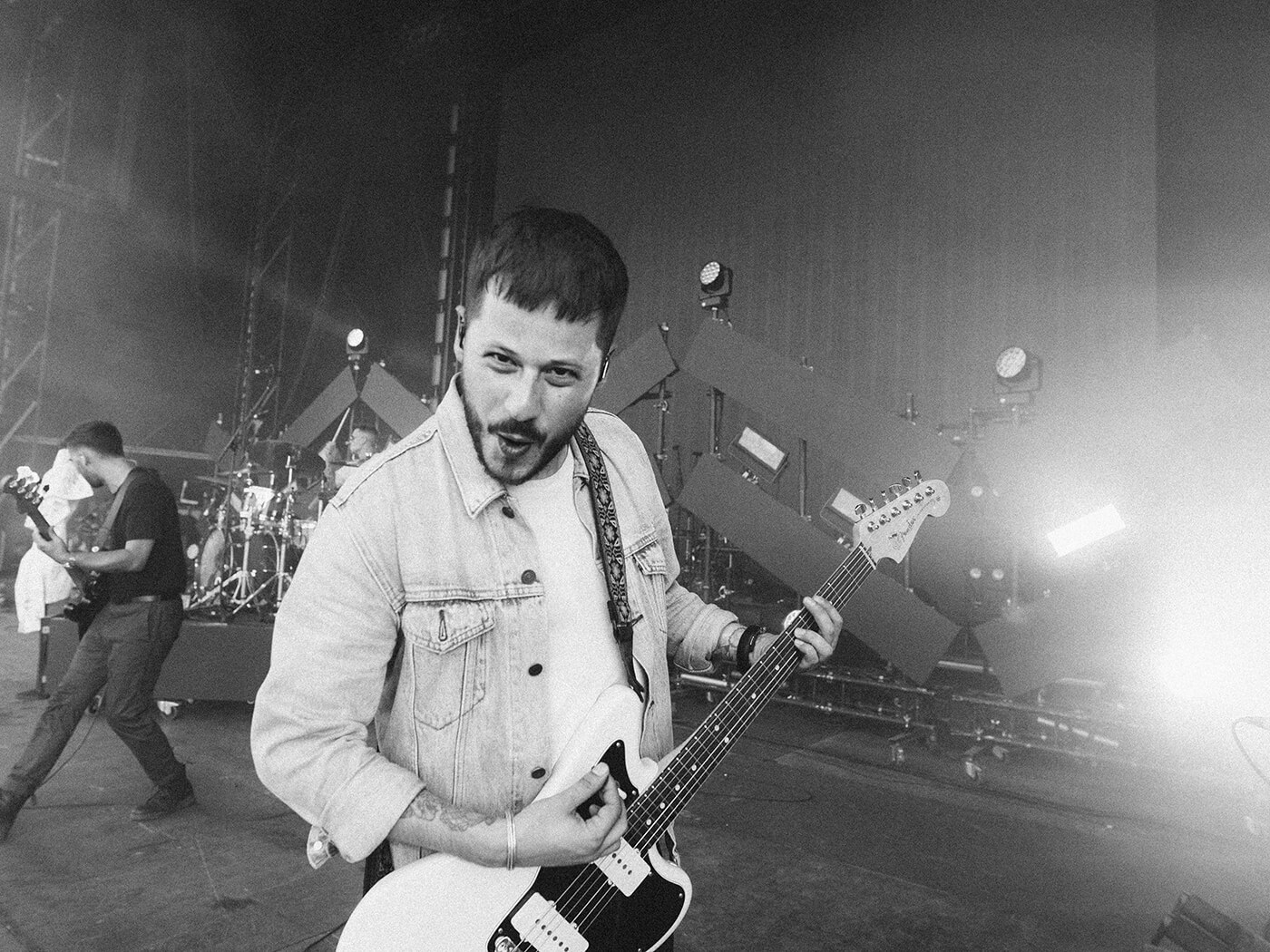 Were you consciously trying to do something different when you started work on this?

Max: “I think that was in the back of our minds. We already kind of knew that we wanted to take a lot more risks with this record. Especially after making the last record VI with [Producer] Dan Austin. We were a bit more comfortable and with him; we knew that we had to push the boundaries a bit more on this one.”

Chris: “Nothing was off limits and we’re prepared to sort of do anything and I think that’s why there are some surprises along the way. And I think when we’re writing albums we usually try and make things easier. But a lot of the time we sort of end up with a huge variety of sounds and that’s just how it always ends up for us. We’re not really scared to try anything different. It’s a nice environment where anything’s open and you can just do whatever you want.” 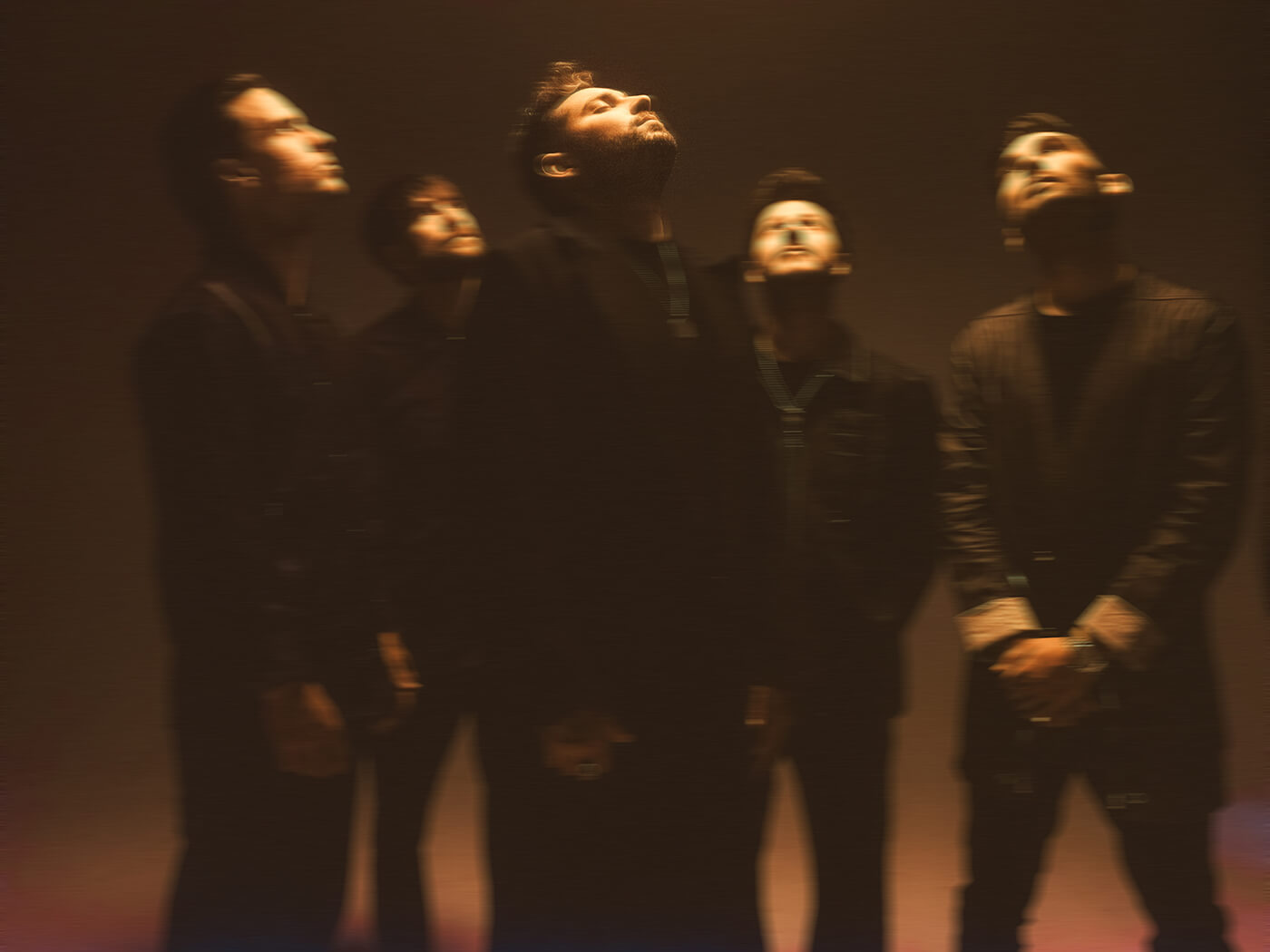 With so much genre mashing going on here and in music in general these days, is it still important for you to hold onto your roots as a rock band, or is that almost an irrelevant way of thinking these days?

Chris: “We’re never really scared of doing anything. We’ll always finish the song we’re writing even if it’s probably not the right thing for what we’re working on right now, we still always finish the song because you never know what we’re going to get. So we like to just go on a journey and do things that way, whether we’re sort of a rock band or a stereotypical rock band… we don’t feel like we really need to lean towards those roots because at the end of the day us five, and the sound we make is sort of rock in our own way. And we’re at the end of the day there’s gonna be a guitar there, there’s gonna be this or that. So like you said, in 2020 there are sort of no rules and the more of them that are broken, the better, really.”

Max: “It’ll always be there in our sounds, you know we come from playing live shows and being in rooms and playing live gigs and getting people excited. That is our bread and butter. And I think you know you can’t take away that we are a band. We play our instruments live. But the rule book is broken because, you know, we make songs … like MAKEMEFEELALIVE for example. It’s a riff throughout the song, but it’s taken inspiration from breakbeat and hip hop-like sampling … making it sound a bit like it’s been cut up by a hip hop, or a drum and bass producer. You Me At Six We have such a broad taste of music I think that’s why SUCKAPUNCH is so broad in the terms of what’s created and the aesthetic across this record.” 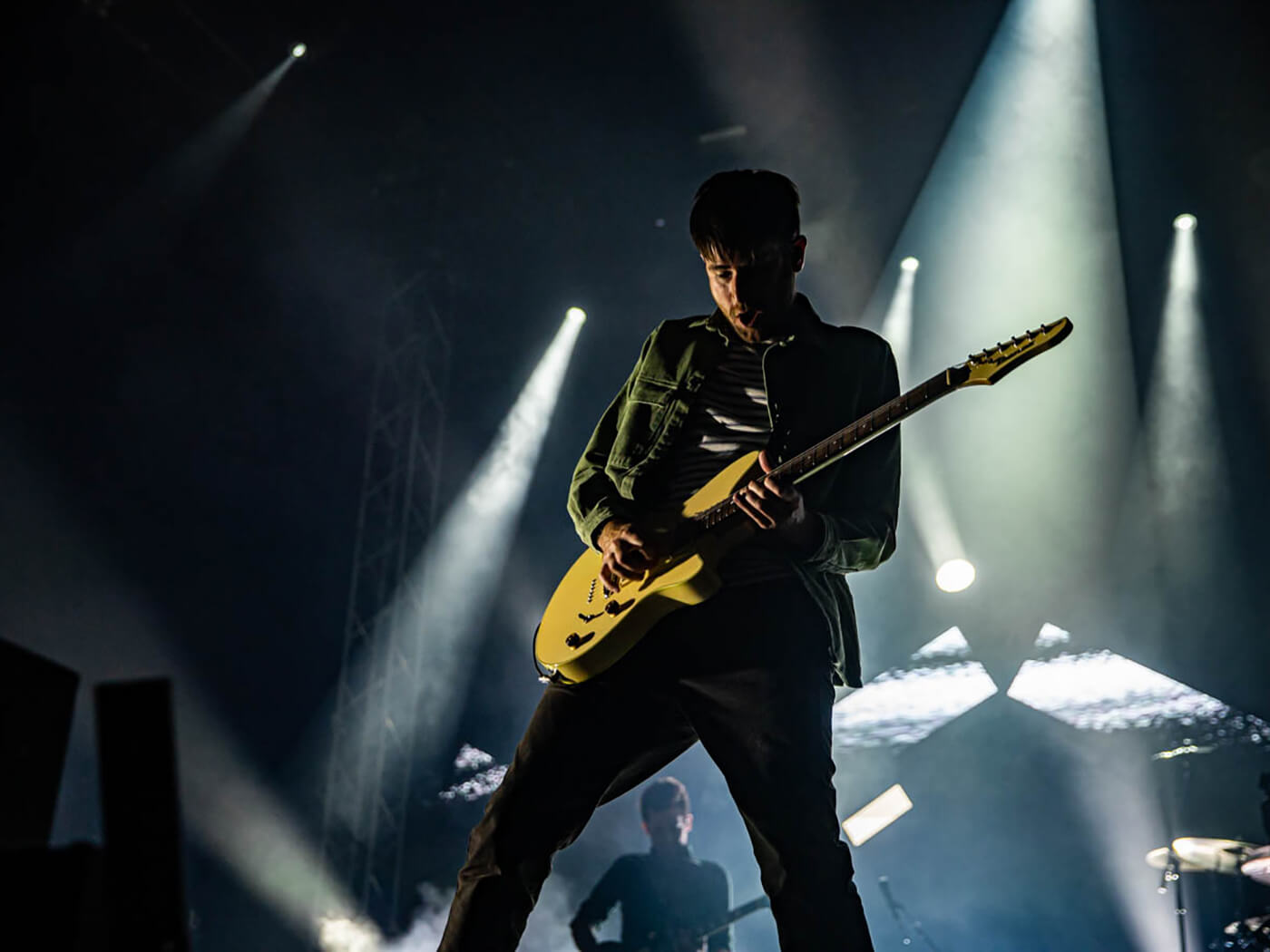 There’s a lot of clarity in the guitar tone here, can you run me through some of the gear that shaped the sound of SUCKAPUNCH?

Chris: “Because we’re flying out to Thailand we can only take sort of a very limited set up. That sort of ended up in some unlikely decisions and some new sounds that [I] often wouldn’t even think of using. My setup’s a very traditional Marshall setup, like a JCM800 for distortion then JTM45 for cleans. And obviously we couldn’t fly out loads of heads and combos to Thailand, so in the studio they actually had a Peavey 5150 and a 6505. Normally I’d run away from those immediately because we’ve always used just lower gain amps on break up to get that sort of gain, so I’ve always been scared of the high gain, more metally stuff. But we plugged in the 5150 and I was completely shocked by it, and it sounds so great. To be honest I probably use that for probably 65 to 70 percent of the album. Obviously in the past we’ve used a way more elaborate sort of setup – two, three, four amps with different combos, a million pedals. But for me, mainly I use that Peavy quite a lot of time with my pedal board. But Max was lucky enough to bring his entire set up.”

Max: Yeah, I was very fortunate because I’ve spent a long time – about eight years now – working on my rig. And I’ve made it so that I can fly basically my pedal board and one of my heads, which is an Audio Kitchen Little Chopper, across the world. I could put this tiny Audio Kitchen head in my suitcase. But when we got to the studio and I saw that they had a Twin, which is in my live rig basically, I plugged it in and I was like “this sounds amazing” cause you know you can really hit or miss the Fender Twins. So that was kind of the base for me and they were primarily the two amps I was using.

“But then again, we did have a Kemper there that we chopped in sometimes just to have a little bit more of a clearer sound. At the same time, I was like ‘Let’s not just have the amps all the time. Let’s go into the box. Let’s use all this amazing technology we have and be a bit more experimental. Use some of the plugins that you can use on the computer if you’re making music at your home If you don’t have an amp, and kind of blend all that together and so it still retains that [human quality]. Let’s produce it inside the box as well [as recording live amps] and see what other things we could try to see if any magic moments come through.” 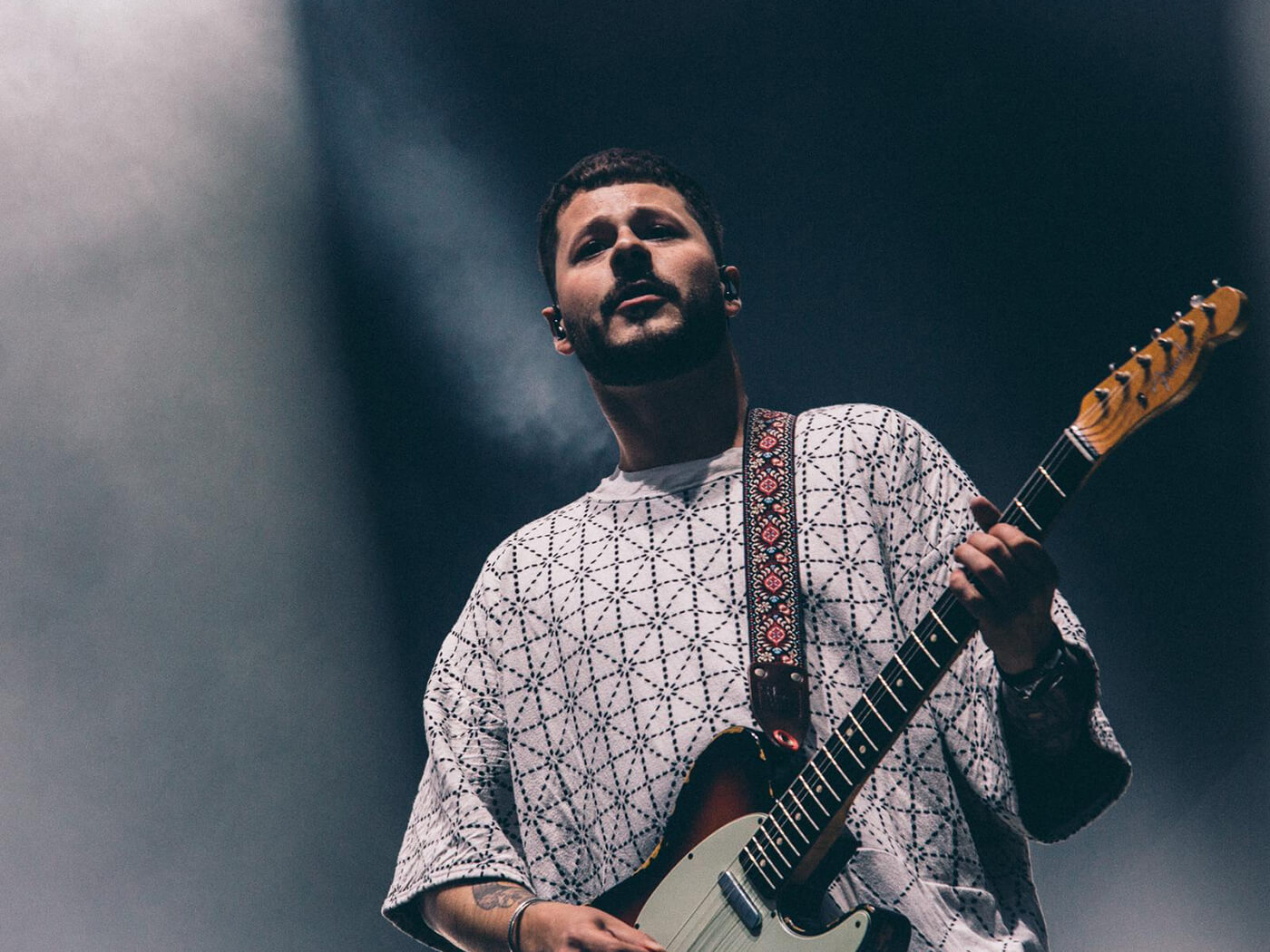 Will that pose another set of challenges when it comes to taking that to a live setting though?

Max: “That’s gonna be a fun challenge, to be honest to you. I think there’s gonna be a little bit more time in the studio, perhaps, and playing this record all together because there is quite a lot going on you know in terms of some of these songs and how we play them from Chris and my side that it’s gonna be an exciting challenge because I think as a musician – I can only say on behalf of myself – I think half the fun is working out how you’re going to do this live and recreate these moments we’ve made on a record. I think it is stimulating for my brain. There’s a song like Nice To Me, which is in such a really weird tuning, and I’m already sitting at home trying to work out how I’m going to find a different way to approach it!

SUCKAPUNCH is out now on Underdo/AWAL.