The 8 March guitar auction at Gardiner Houlgate in Corsham, Wiltshire, featured a staggering array of desirable vintage instruments, but two of our favourites were beaten-up sunburst Fenders from the first half of the 1960s. 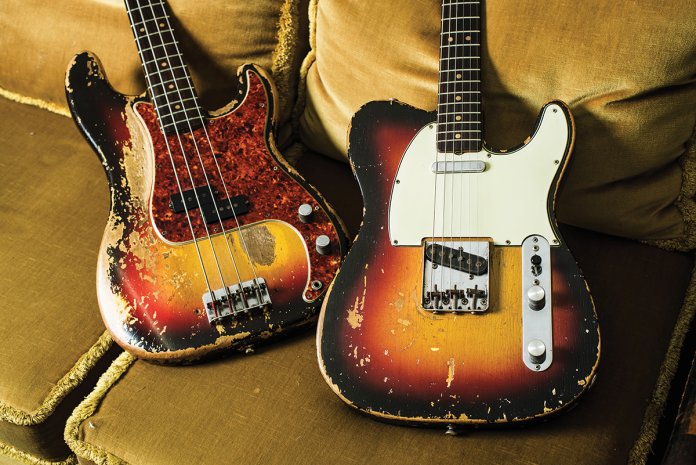 Formely owned by Stephen ‘Amazing’ Fields, who played with the band Upp and toured extensively as support to The Jeff Beck Group in the 1970s, this 1963 Fender Precision Bass is heavily worn but light, resonant and full of vibe. It’s an instrument with a hell of a history but plenty of life left in it yet – its new owner picked it up for £4,600. 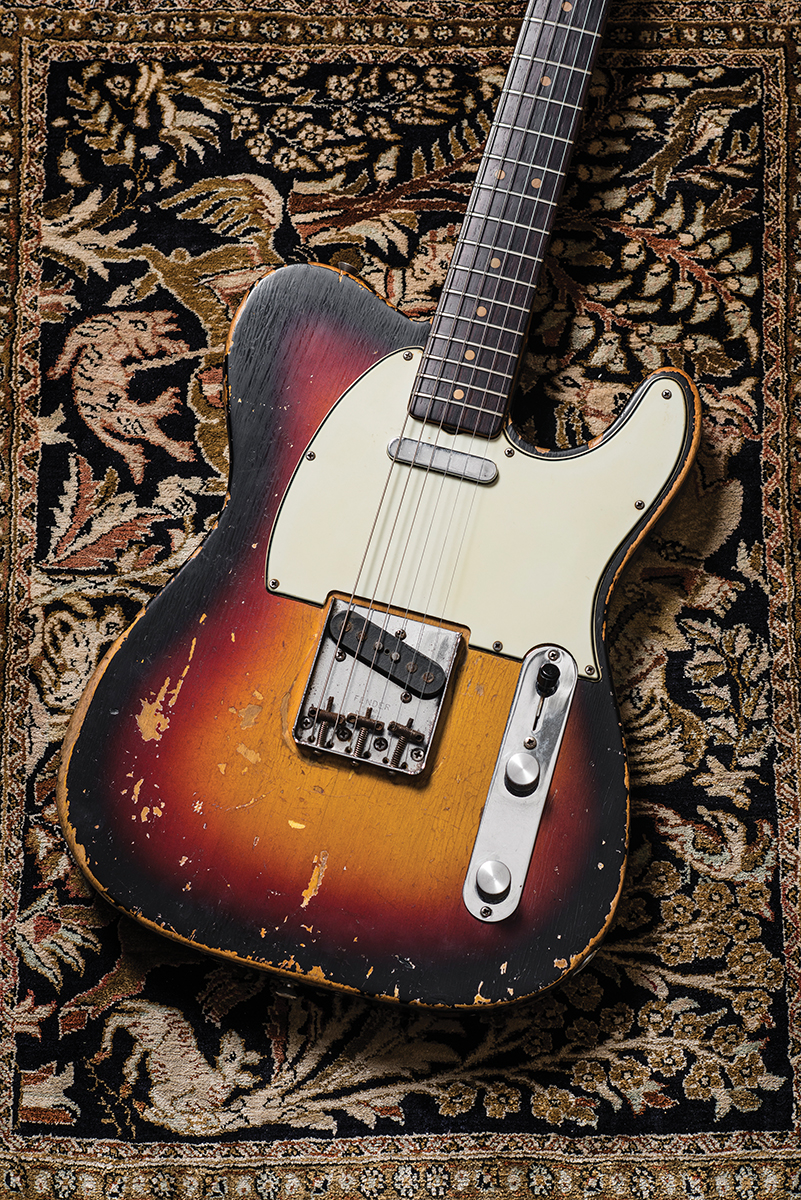 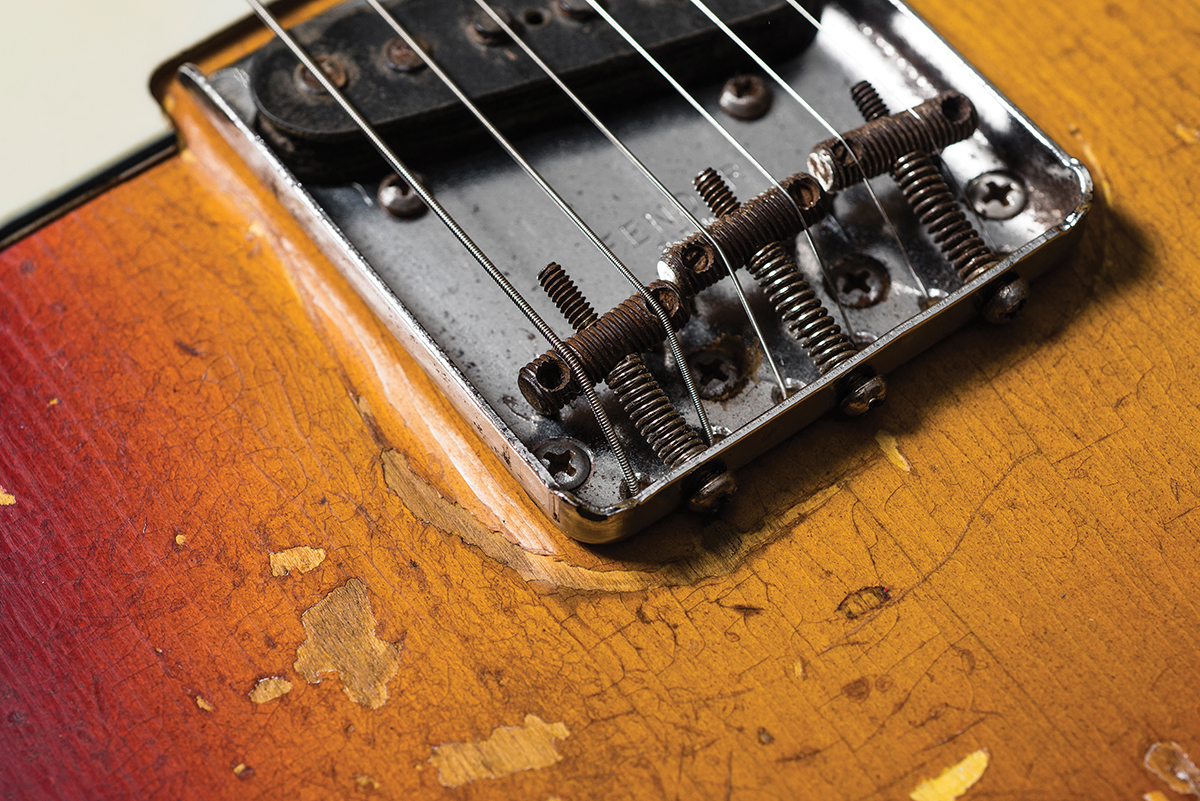 Further proof that there’s just something undeniably alluring about a sunburst Fender with extensive road-wear came in the shape of the 1964 Telecaster that’s getting cosy on the sofa with its four-string cousin on the previous pages. 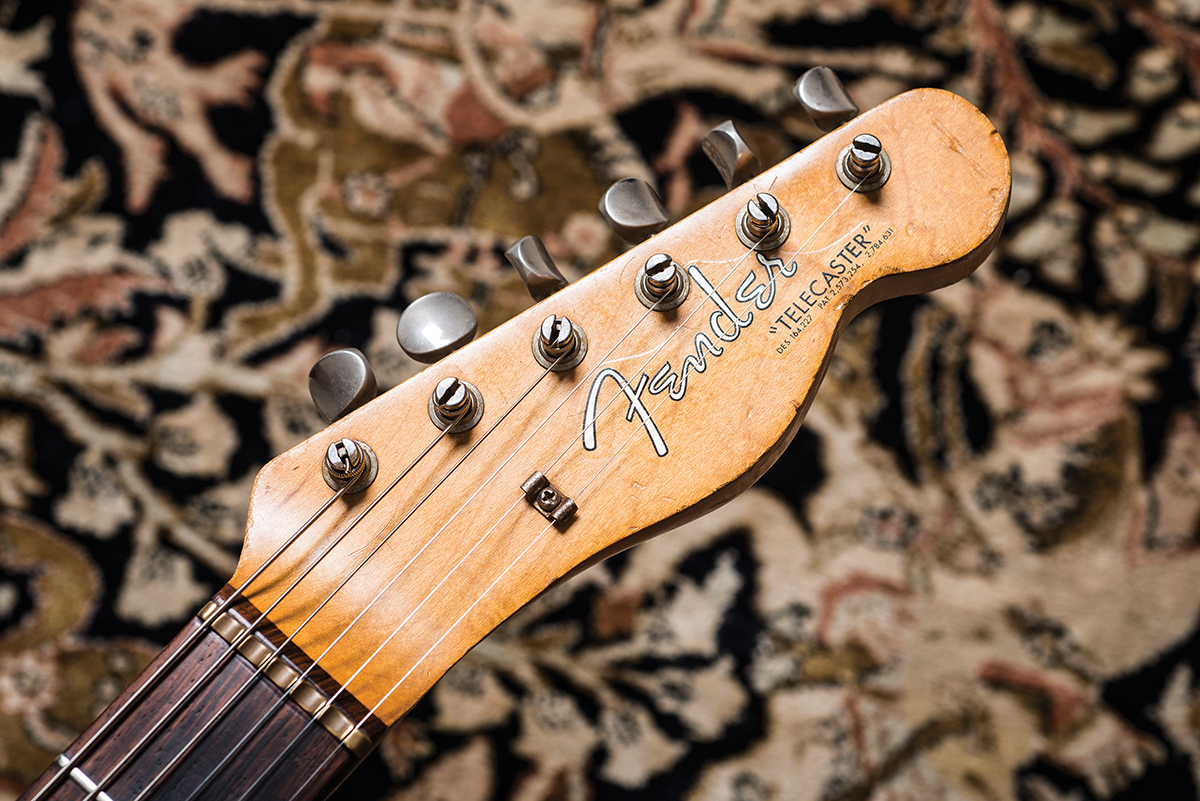 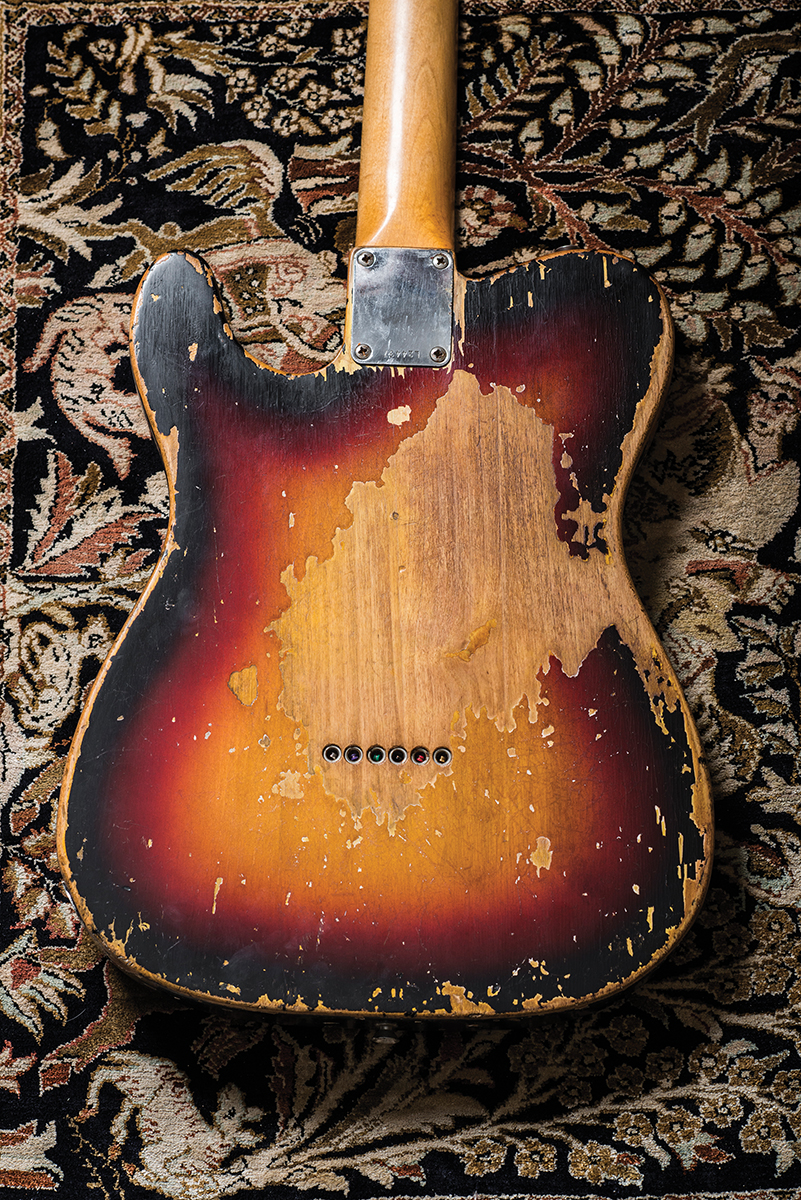 It’s not without a handful of issues – the bridge pickup probaby needs a rewind and work had to be done to preserve the guitar’s original finish after it was stored in a damp environment. 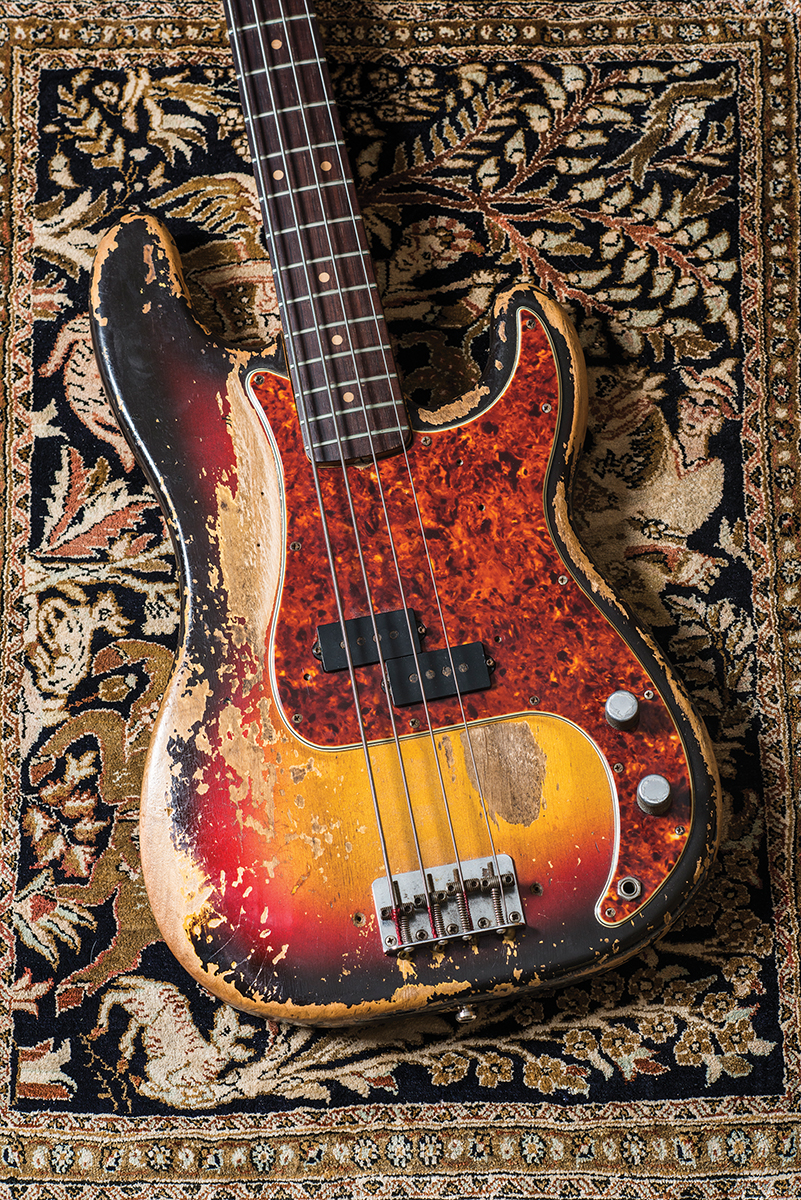 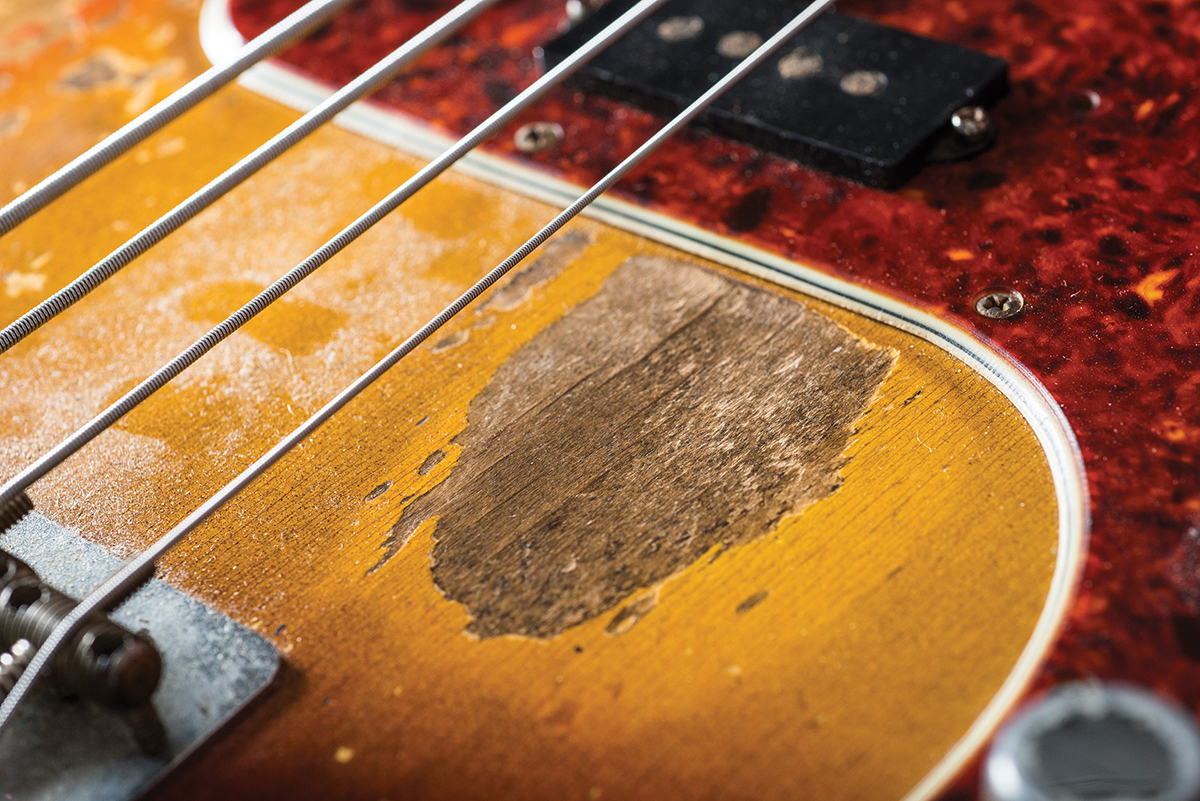 But, as is so often the case with Fenders of the era that have been well-played, the neck feels glorious and the guitar still fetched a very healthy £8,928 when it went under the hammer. 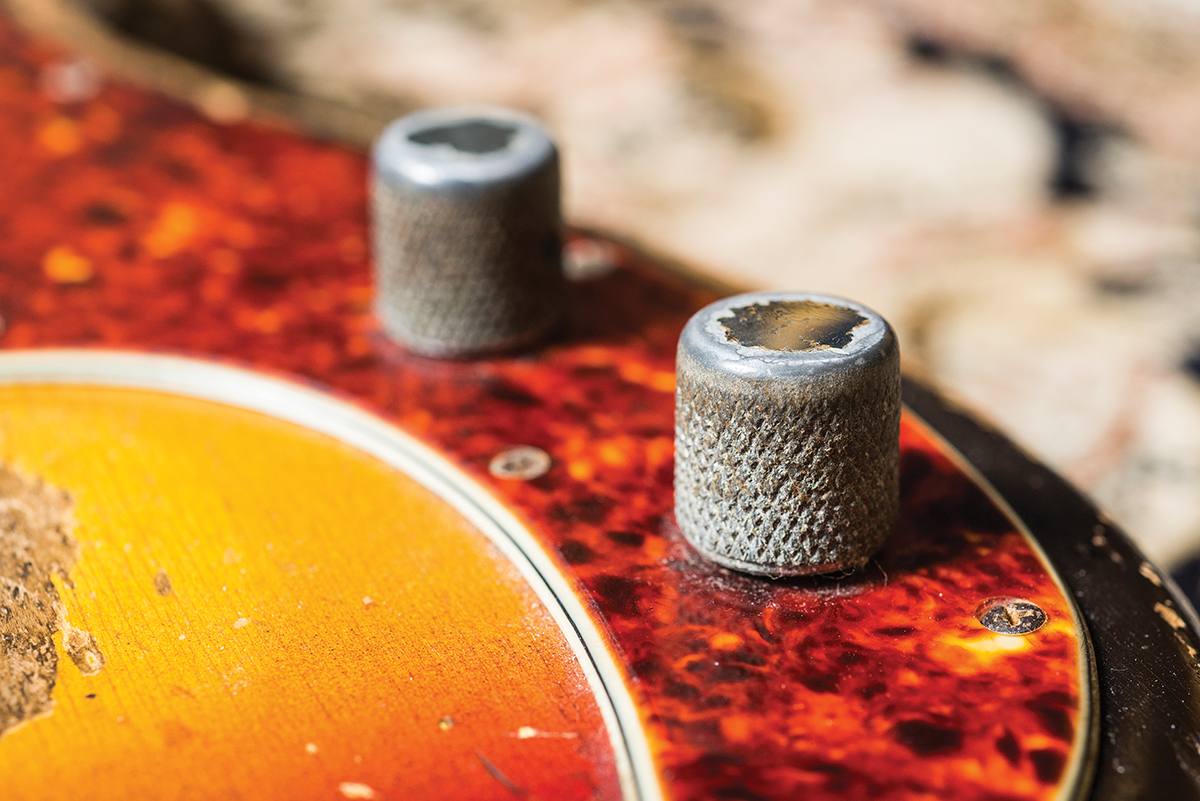 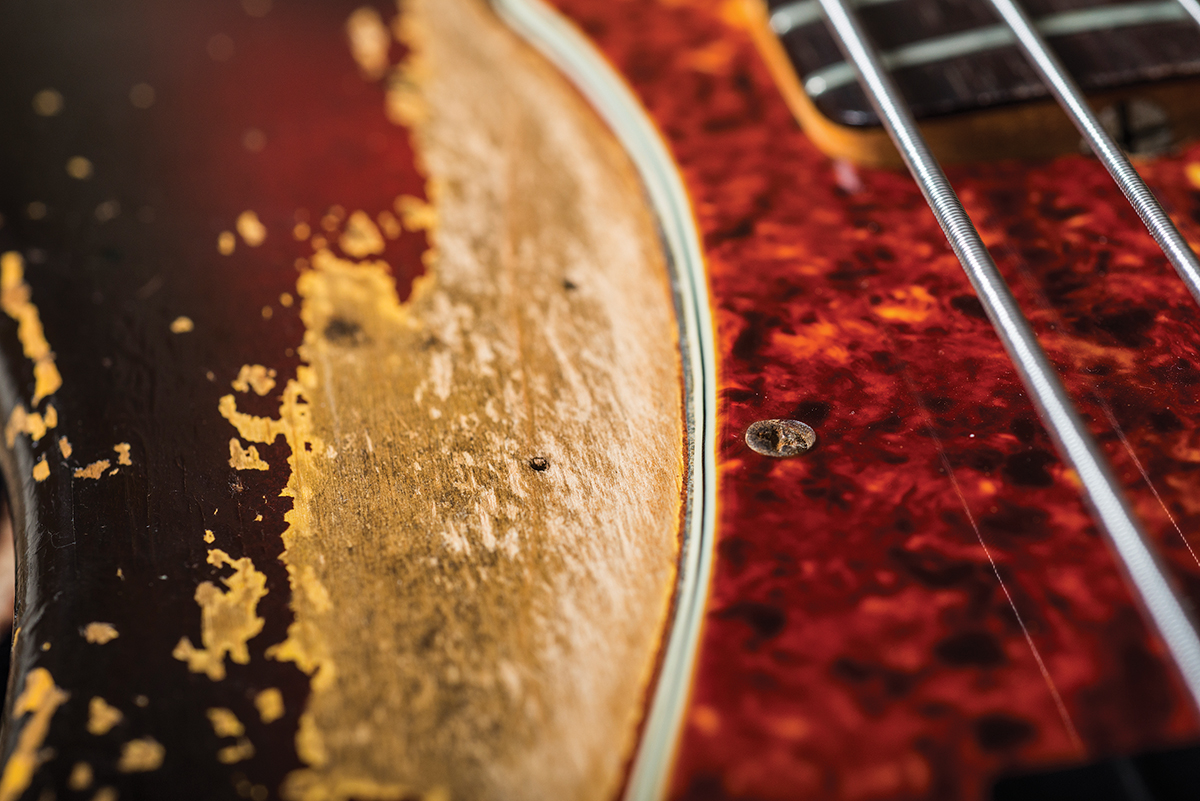 The next Gardiner Houlgate guitar auction takes place on 14 June. Visit guitar-auctions.co.uk to peruse the catalogue.