Math-rockers with a taste for art. 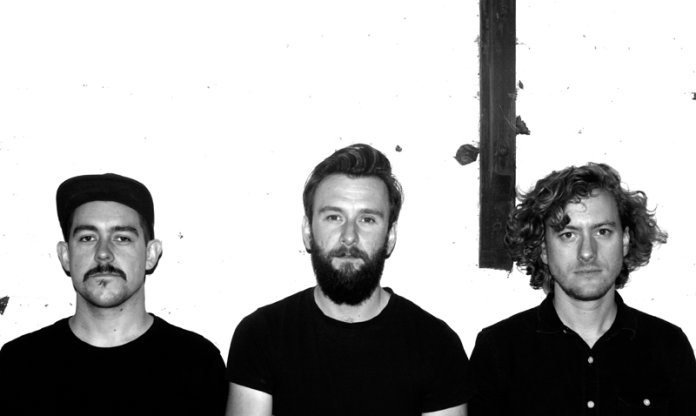 A last-minute booking for the ArcTanGent festival in 2013 was a turning point for Brighton three-piece Poly-Math. Only six months into the band’s existence, having started out as a side-project from guitarist Tim Walters’ then-main band Monsters Build Mean Robots, and with no real recorded material under their belts, the call from the world’s primary post- and math-rock festival was a surprising one.

“We were lucky to be asked to fill in at ArcTanGent, we’d barely released a thing at the time,” Walters tells G&B. “That show propelled us forward, we ended up playing to a completely packed tent and selling out of merchandise. From that point, we dealt with the band much more seriously. The band has developed a lot in that time as well, not least due to our unhealthy addiction to purchasing new gear. At this point, we probably tour more gear than your average five-piece.”

Poly-Math have a mini-album, entitled Melencolia, set for release on April 8. Recorded in just four days, it’s a piece of work inspired by other forms of art.

“Our formula is unique in that we write in movements rather than songs,” says Walters. “As we’re instrumental and don’t have the vocal element to guide the mood or meaning of our music, we tend to choose topics and decide on a progression through that topic. For Melencolia, we’ve titled and based the mood of each track on an artist and their work. We focused on three lithographs by Albrecht Dürer. It’s nice to have something to focus on that can guide you through the writing process – being instrumental can be a little directionless otherwise.

“We recorded at Brighton Electric Studios over four days and had the album produced back in Ireland at Start Together Studio. The whole process involved more guitar tracks, effect pedals, amp heads and tying guitars to kick drums than I’ve experienced in my life. I don’t think we could be happier with the result.”

Despite their post-rock associations, Walters sees Poly-Math as being influenced more by 70s prog acts than typical bands from the former genre. 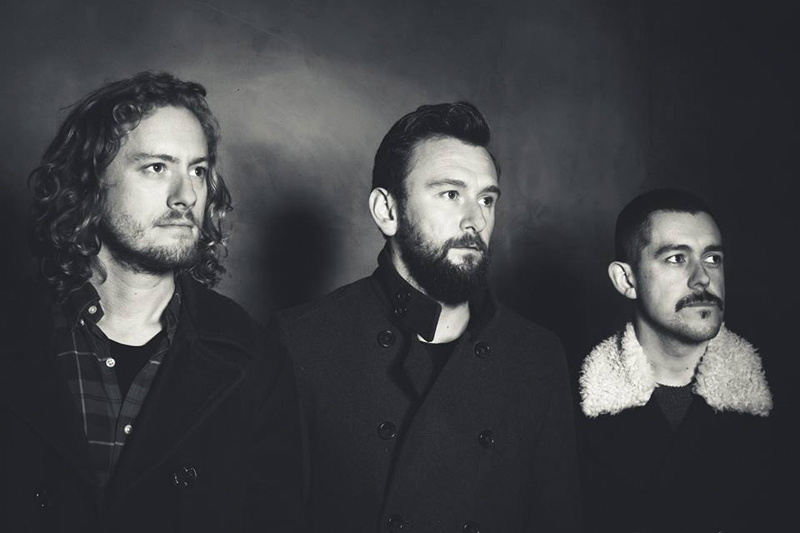 “I don’t think we’ve ever thought of ourselves as post-rock exactly,” he says. “Our influences are very grounded in prog and the progressive rock movement of the 70s. Bands like King Crimson, Yes, Camel and Caravan are probably the heaviest influences on our direction, and obviously The Mars Volta played a big part in introducing that to us and our generation.”

Walters’ gear journey has been guided by the fact that he’s a left-handed player using right-handed guitars. “My dad was a left-handed guitarist who strung upside-down,” he says. “I think I just took guitar up in that fashion because it was how he played. I play my dad’s custom-built 60s Burns Duo-Sonic, which is left-handed but strung upside-down, and I’ve played a few left-handed Japanese Fender Telecasters with the same reverse-strung bridge. I think it encourages a more unusual approach, and I tune quite differently – often E standard with the bass string dropped to a low B, or in Fripp’s new standard 5ths tuning.

“As an upside-down lefty, I was massively influenced by Hendrix; everything he did was groundbreaking, he was constantly looking to reinvent the sound of guitar. In fact, three of my four biggest influences are left-handed players. Robert Fripp, who played right-handed, but was left-handed, is also a huge influence – I love his awkward atonal jagged riffs.

“Jonny Greenwood was a huge inspiration, he taught me all the tricks of atonality, and really got me started down this path. Omar Rodriguez-López is probably the most interesting guitarist I’ve ever heard. He tries to make his guitar sound as little like a guitar as possible. I loved that ethic, and I think it’s probably led to the 25-plus pedalboard that I now lug around.”

Walters’ current setup is a complicated one: “I’m playing an early-80s Japanese ’62 reissue bound Fender Telecaster, one of the early empress wood models,” he explains. “I use a double-amp setup; one for my standard sound and one for a high-gain sub-octave, which I punch in and out with an ABY.

“The main amp is an old Orange Rocker 30 running into an Orange PPC212, and the sub amp is a very rare Hovercraft Dwarvenaut 25 in green tolex into another Orange PPC212. From there, I have two separate pedal chains; the Dwarvenaut simply has a DigiTech Drop running straight into the front end. The Orange receives the bulk of the rest of my board, which has far too many pedals for me to list: a number of pitch shifters, phasers, delays, vibratos and drives. Probably the most interesting is the Poly-Drive; a pedal we co-designed with Third Eye Pedals in Brighton specifically for our sound. The best new addition I have to my board is the new Boss Waza Craft analogue delay.”

Check out this video of Poly-Math in the studio recording their new mini-album, Melencolia.