She talks her private songwriting process, expanding her sound for debut album Beware Of The Dogs, and her current rig. 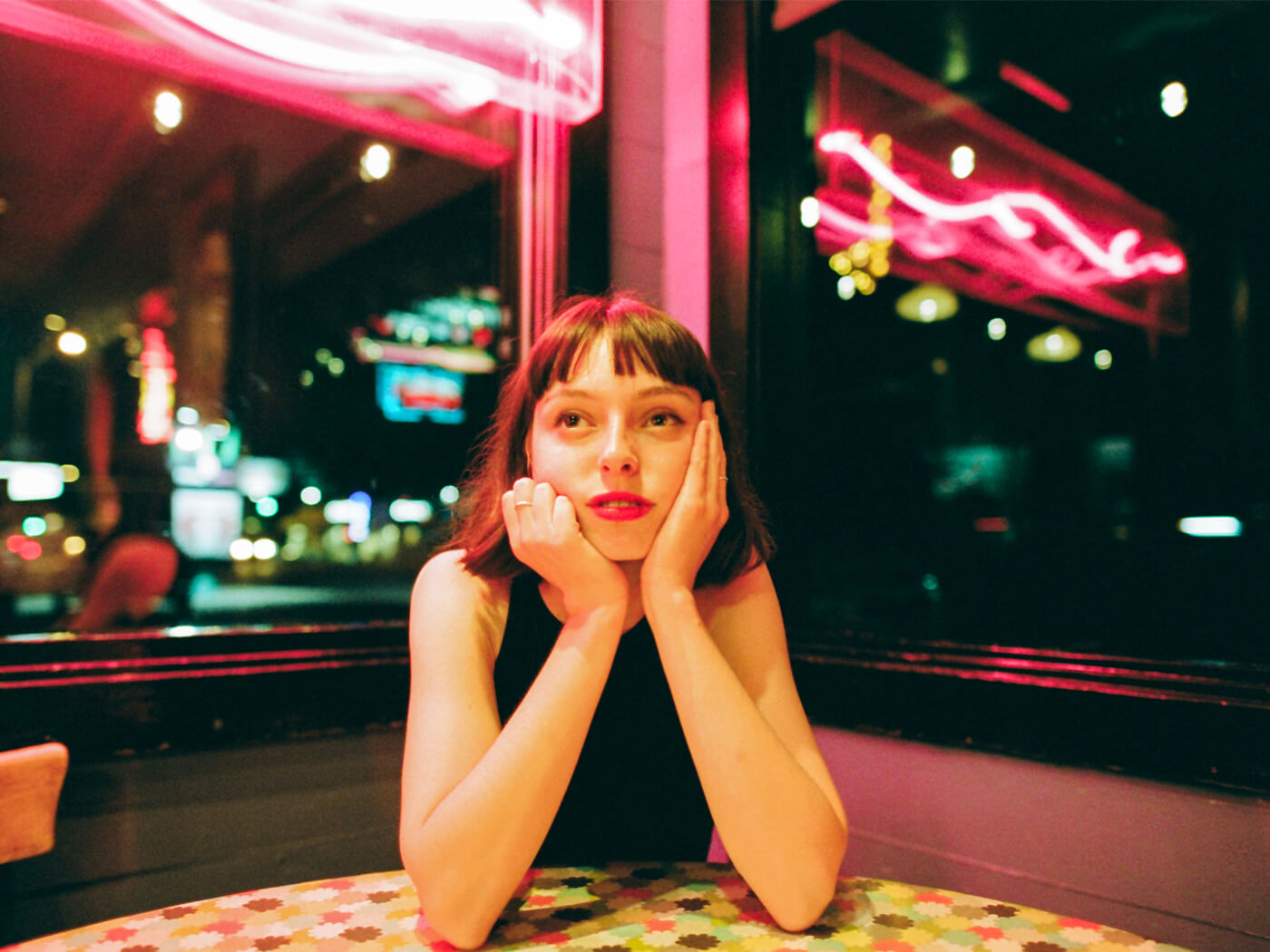 Stella Donnelly’s a rookie, but she’s no underdog. The Australian musician made that much clear on her March debut album, Beware Of The Dogs, which balances powerful rejoinders to misogyny and injustice with moving portraits of emotional struggle – all delivered with empathy, verve and a wicked sense of humour.

Donnelly’s knack for smart songwriting and vivid storytelling was already clear on her first release, the Thrush Metal EP. Recorded solo with guitar, its five songs are rough around the edges, but it still struck a chord: Boys Will Be Boys and its fierce message against victim-blaming resonated with listeners upon its release in 2017, which was the year that the #MeToo movement gained traction.

Beware Of The Dogs, released on the American independent label Secretly Canadian, features Donnelly leading a band and taking advantage of more instrumentation. As Donnelly tells Guitar.com, the stakes certainly felt higher – but the expanded scope was more liberating than pressurising. Read on for our conversation with Donnelly, where she tells us the gear she’s favouring at the moment and how Jeff Buckley and Lianne La Havas inspired her to pick up the electric guitar.

What songs on Beware Of The Dogs do you particularly enjoy playing live?

There’s a couple of them, and it comes down to how the crowd responds. There’s Old Man and Tricks: they’re really fun to play because they really allow the crowd to let loose, relax, sing along and stuff like that, which then helps me harness attention for more serious songs. In terms of playing guitar, I really like playing Tricks, because I can just run around on stage while playing guitar, it’s a lot more kind of free. Whereas in some of the other songs, I have to do a lot of work. [laughs]

Beware Of The Dogs is more fleshed out than your EP, Thrush Metal. What was it like moving from a sparse setup to a fuller sound?

It was both scary and exciting. I found that sometimes when you have all these options in front of you, you don’t know what to choose. It’s like walking into a cake shop and having a thousand cakes in front of you. [laughs] It’s hard walking in and knowing what you’re going to eat.

But I do enjoy knowing I have the freedom to play what I wanted to play, and allow the songs to take their true course. A lot of the songs on the album are still solo, and I think that’s very important for me. For songs like Season’s Greetings, Old Man and Tricks, they almost need that playfulness, and I feel you can find that in extra guitars and bass playing. It just tells the story a lot better. 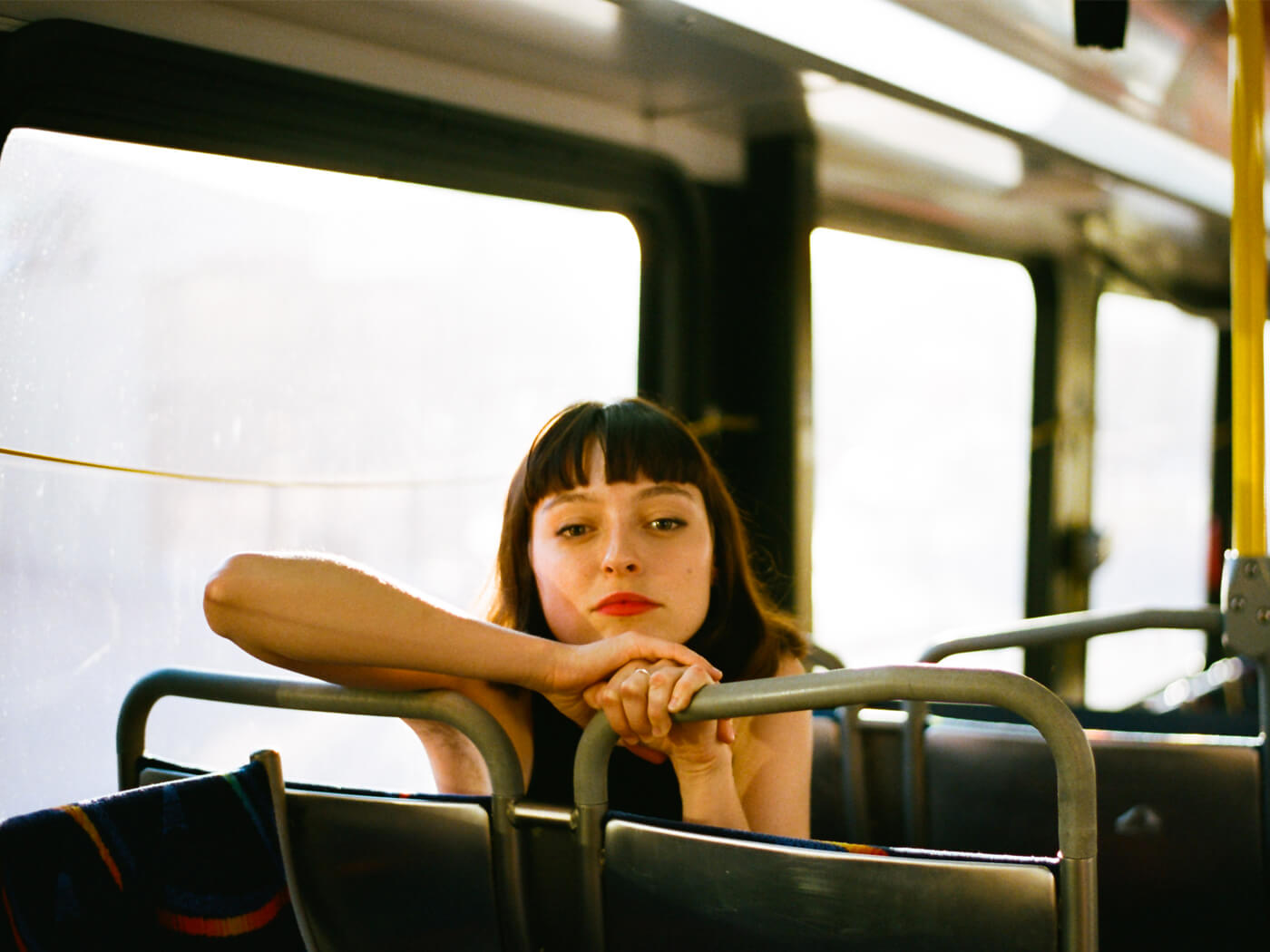 Did the stakes feel a lot higher, seeing as you were going from an EP to a studio full-length?

It felt like a little bit more pressure, especially considering when I did the EP, nobody knew who I was. [laughs] Essentially no one cared, so I could do whatever I wanted. Whereas I feel like there were a lot more people invested in what I was doing for this one.

But being from Fremantle in Western Australia, it’s so far away from everything, and I’m really grateful to my manager and all the people who work for me that they gave me a lot of space in that time to make the record that I always wanted to make, and I didn’t feel like there were any agendas coming from other people. It was very much my story, and the album, being longer than an EP, almost gave me the space to tell more stories, and to stretch it out a bit more. It didn’t feel so rushed. Yeah, there was a lot of pressure, but at the same time it was very liberating.

Your lyrics are down-to-earth and conversational, but also precise and pointed. What kind of space or frame of mind you have to get into to write a song?

I’m not one of those people who can write on tour, at this point in my life. I think I need to be in the same place for at least three nights in a row, you know? After three days somewhere, I tend to become creative again. I feel like when things are changing so quickly around me, it’s hard for me to create anything new, because I’m being so overstimulated. I have new worlds to look at, new everything. Whereas if you’re staying in the same place, you get used to what’s around you, and it makes you want to create another little world, which for me is writing. People have the same thing for painting and writing a story. For me, I need to be grounded in the space that I’m in.

How did you come to play guitar? We read that you were initially playing an acoustic, but it got stolen?

Yeah! It’s a pretty crazy story when I think about it now. I’ve played acoustic since I was 10 years old. I never really had a lesson or anything like that. My dad just gave me a guitar, taught me a few chords, but I just kinda tried to play along with the radio for about… seven years? When I was 17, I started playing some shows: covers, busking at the market and stuff like that.

And then, yeah, my acoustic guitar got stolen! At the time I was listening to two artists and trying to buy an electric guitar: Jeff Buckley’s Live at Sin-é album, where he’s playing a really funky-sounding guitar – I think it’s a Telecaster*. It doesn’t sound great, but his voice with it, and physically playing an electric guitar, though he also plays acoustic guitar, made me think, “Oh wow! I can do that, maybe.”

And the other artist was a woman from England called Lianne La Havas, and I watched a video of her on YouTube where she had a Danelectro. It’s a similar thing: the guitar didn’t sound that fantastic, but I got inspired by it. So I went out and bought an Epiphone Hollowbody. It wasn’t a very nice guitar, but I spent loads of money on a Fender Princeton amp, and that’s still my amp today. I’ve got a new guitar now, but I’m addicted to that kind of reverb sound.

[*Editor’s Note: Buckley does indeed play a Fender Telecaster on the EP]

What guitars are you using right now?

My workhorse is a Fender Strat from Japan. For the album, I played a 1964 Vox Stroller that is really tiny and old. [laughs] It’s really light, I think it’s made out of chipboard or something. It’s only got a single pickup on it. It’s not something I wanna tour with, because it’s quite fragile and old. But it’s got such a beautiful sound. I have a Taylor GS Mini that I use for acoustic; it’s a mahogany guitar, and I put a custom pickup in it. Yeah, that’s a nice guitar to play when I’m home as well. I also play a Danelectro Baritone.

What pedals are you favouring at the moment?

I really enjoy the ZVEX Fuzz Factory pedal, which is not something I would play normally, but I think as an accompaniment, it’s a really cool sound to play with. At the moment I’ve got a new Electro Harmonix Canyon pedal, which is like a delay/reverb. You can do looping on it as well, some really nice shimmers and stuff on there too. I really enjoy that pedal because you can create ambient sound, and enhance your reverb or delay. 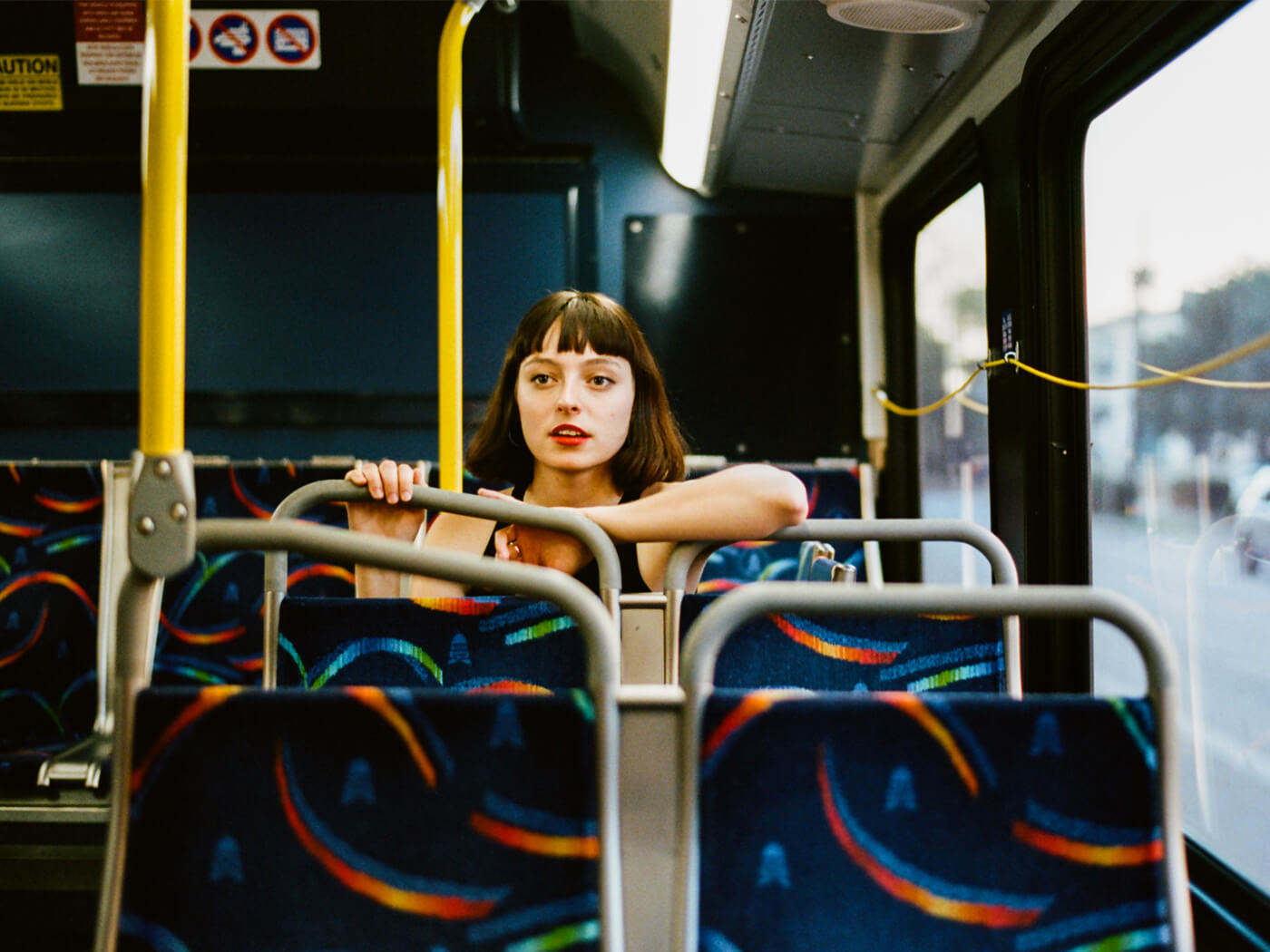 You mentioned that you can’t write on tour, and it sounds like you’ve been touring a lot. Have you already been thinking about new music?

I’ve only just started thinking about it, really, because everything’s slowing down a little bit. Like I said before, if I don’t play my guitar for a few days, I tend to want to start playing it again. And if I’m home for a little while, I feel like I’ll start to enjoy the sound of my own voice again, maybe. [laughs] But when you’re touring, you kind of get a little bit fatigued of your own songs, and I think I need a little bit of space on that, then I’ll begin to have ideas again.

Do you always put down initial ideas on your own, or do you have collaborators you bounce ideas off?

No, it’s a very private thing for me. It’s quite funny because I feel like I’m a very social person. I talk to a lot of people and I’m very open, and all of those things. But when it comes to songwriting, it’s my only thing that I keep to myself. I only share when I’m ready for people to take part in it. I get very protective of what I write.