Octet, written by Woods and performed by eight Elixir endorsees, celebrates the instrument and showcases the adaptability of the brand’s strings.

Composed by The Chris Woods Groove Orchestra and commissioned by Elixir Strings, Octet is a multi-faceted arrangement from eight musicians around the globe, with each section written with the specific guitar player in mind, as Chris Woods explains. “I started writing the piece by quickly creating a bank of different ideas – I tried to make each one as different in style as possible and wanted to work as quickly as possible at this stage before getting too attached to specific ideas.

“Octet weaves a sonic tapestry of strident electric rhythm guitars, delicate acoustic sections and full-on shredding, with each artist getting to stretch their creative wings.”

Woods listened to each individual artist’s repertoire and spoke with each of them, before composing minimal outlines of their parts, gifting them room for inspiration within the song.

We spoke with esteemed acoustic guitar player Michael Watts about his experience of recording and performing as part of a virtual guitar ensemble.

How did Chris Woods help to develop the composition?

“The first thing I received from Chris was a beautifully put together pack including a full score for my part, sub mixes, stems, solo lines, detailed guidance, the lot! It was obvious he’d put a lot of love into the project and I think we were all mindful of that. Chris and I are old friends, but I hadn’t seen him for a couple of years and the ten-minute video chat that we’d scheduled prior to recording quickly devolved into an hour of catching up which was really great. After that it was just the two of us sending WAVs and leaving voice messages for one another until the job was done. I was conscious that he was juggling six other musicians at the same time, so I tried to keep my questions brief and use initiative!” 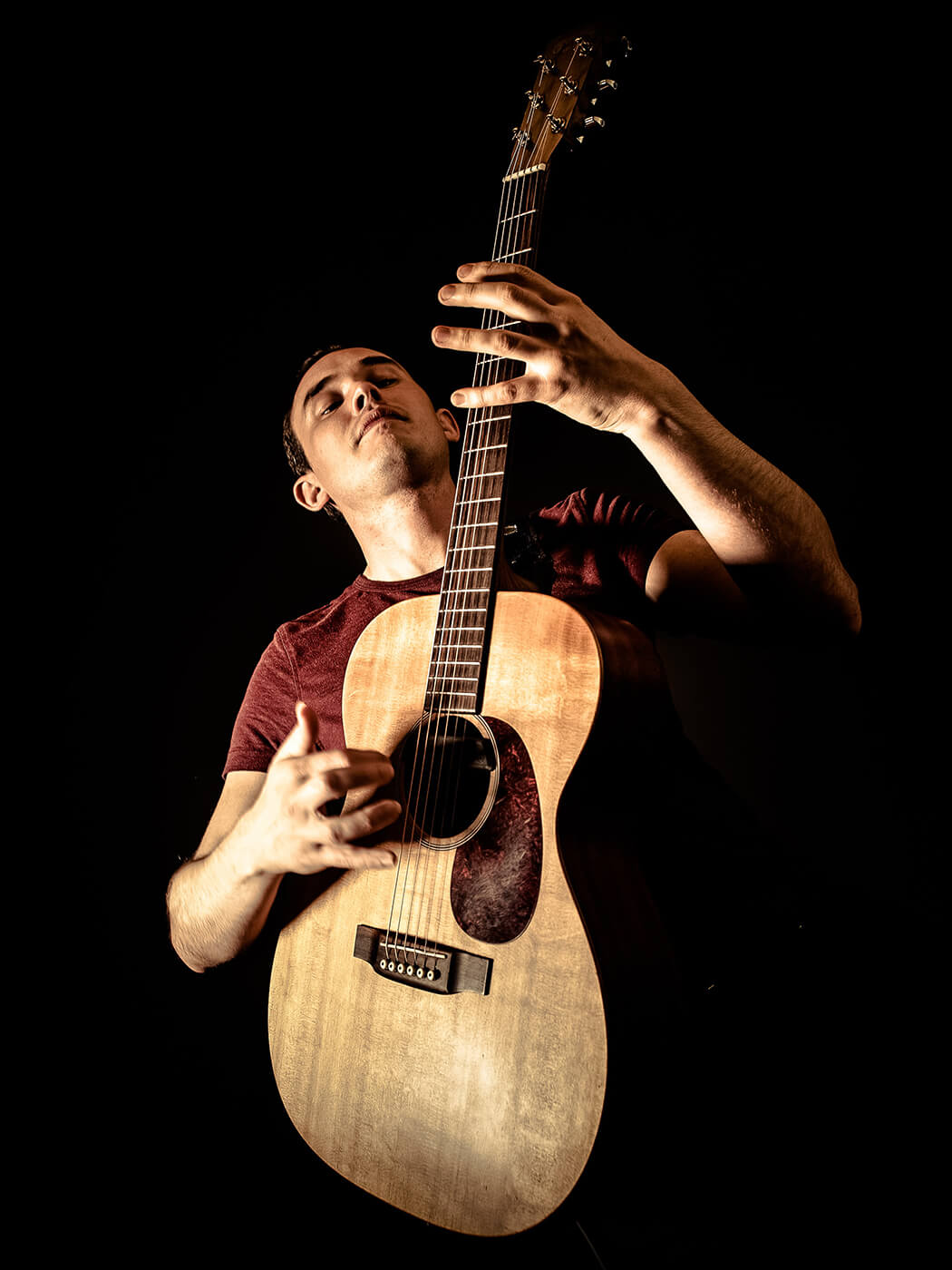 Can you tell us more about the process of recording and performing the song virtually?

“While the acoustic parts were scored for standard tuning (with the whole track in E) I play almost exclusively in DADGAD so armed with a capo on the 2nd fret I found some new fingerings and that was that. The recording was pretty standard. I used my signature model, The MDW, by Jason Kostal. It’s basically a small fingerstyle dreadnought. I knew there were going be all manner of things going on in the mix so a bigger guitar like my Modified Dreadnought in The Tree wouldn’t have made much sense. The process itself was simple enough, I played to a click into a matched pair of Gefell M300 mics and that was it. I like to keep things as natural as possible. If you get it right at source, then the whole process is so much easier.”

Was it difficult to perform with guitar players that work in genres that are different from yours?

“No, that was the best bit! I love playing with musicians that absolutely burn in their genre, especially if it’s one I don’t understand! It’s like hearing poetry in a language you don’t speak. Frankly it was a joy to be introduced to the music of these inspiring players outside of the project too.” 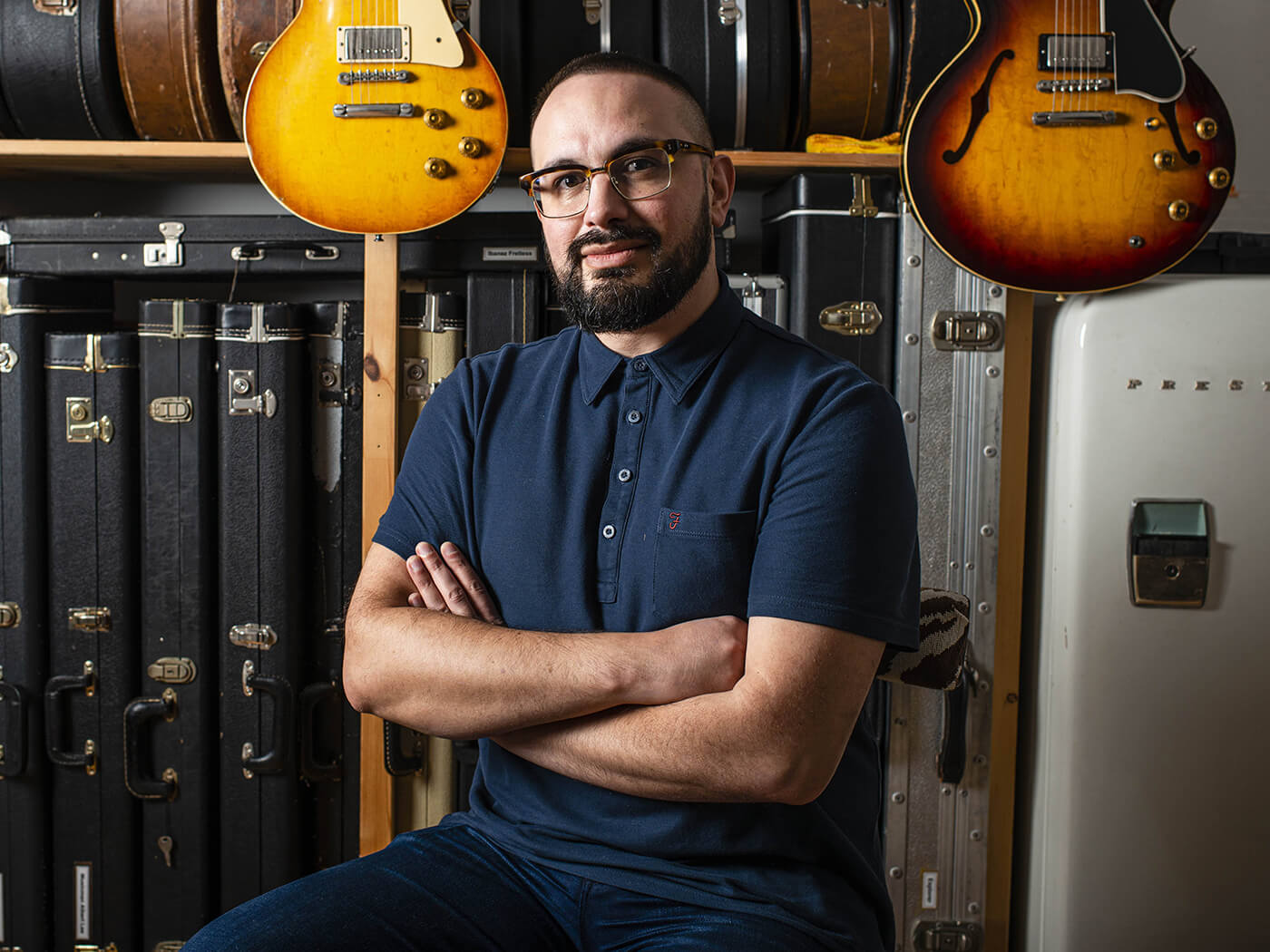 What inspired your parts in the composition?

“The harmonic rhythm section is pretty much what Chris wrote with a couple of little flourishes. I knew I had a four-bar solo which doesn’t give you a huge amount of time but Steve Lukather’s solo in Roseanna is four bars and he seems to cope… Basically, I thought of it as intro flourish, main statement and response. Even in miniature I want to tell a story, to communicate. Plus, I knew Maneli Jamal was coming in right after me so I wanted to make sure my part would contrast with his style.”

Why do you use Elixir Strings?

“I’ve used Elixir for over 20 years now, they were a revelation when they first came out. I used to go through at least a pack of strings a week and the frustration of a set of strings dying halfway through a studio session… well, that’s not a worry anymore! I love the feel, the sound – Elixir strings are a vital part of my sound.”

Whether it’s with an eye-catching Ormsby fan-fret, an exquisite Kostal acoustic or even a bowed guitar, Octet is testament to the versatility of the guitar, enhanced by the adaptability and longevity of Elixir Strings.

Click here for more on Elixir Strings and this artist collaboration.