All About… Electric Strings

Following our look at the history of acoustic strings last issue, this time we turn the spotlight on the evolution of their electric siblings – from 1930s New York to the present day. 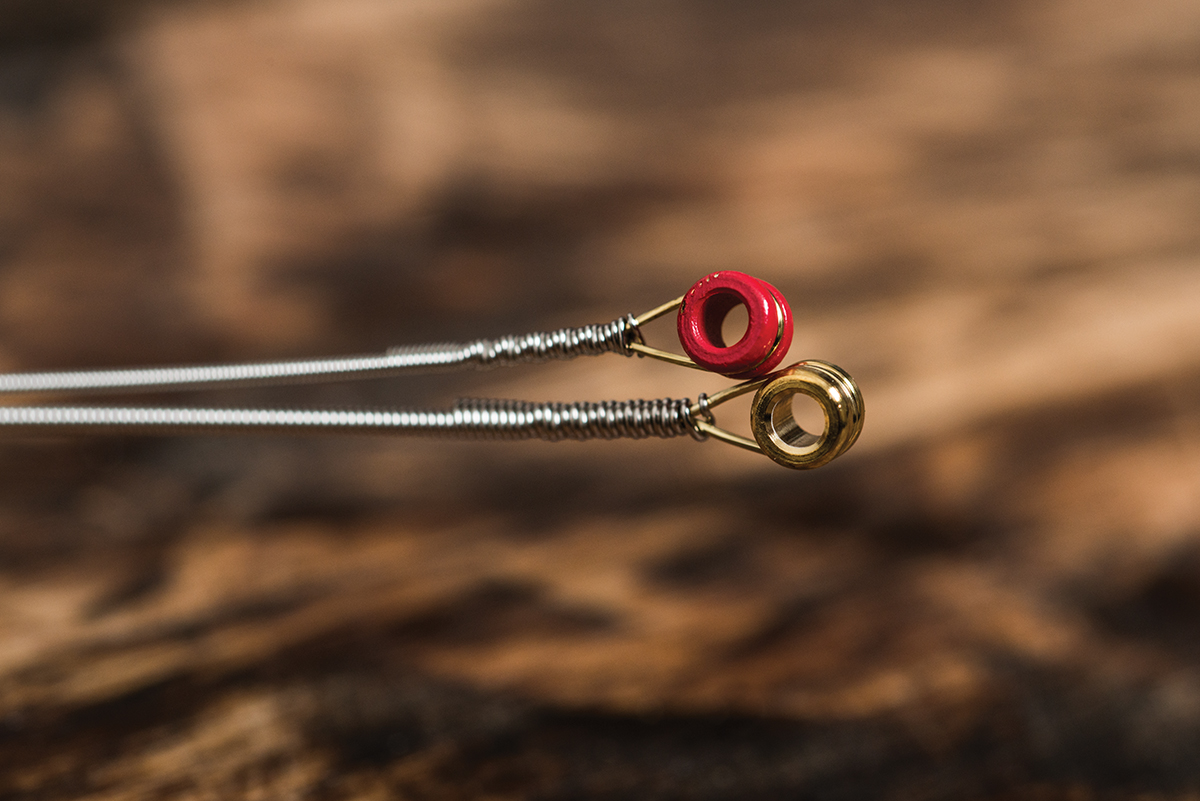 The answer is that you can but the sound won’t be quite the same. Acoustic strings are designed solely to drive a soundboard into vibration, but electric strings generate an alternating current within a pickup’s wire coil by disrupting its magnetic field. The disruptions caused by a string’s vibration generate an alternating electronic current within the pickup’s coil that is analogous to the amplitude and frequency of the string.

In order to do so, the string has to be made from a magnetic material. Consequently, nylon guitar strings would generate no electric sound whatsoever, and a magnetic pickup can respond only to the steel core of a wound acoustic string.

Brass, zinc and bronze-type alloys are non-magnetic and therefore do not affect the magnetic field. So if you put acoustic strings on an electric, the pickups will respond only to the core of the wound strings and signal level will be weak.

Even so, magnetic soundhole pickups are now commonplace and you can get specialised strings such as the Newtone Master Class Electro-Acoustic set with phosphor bronze on the three low strings and a nickel wound G to smooth the transition between wound and plain strings. The DR Zebra set has alternate nickel and phosphor bronze windings to optimise piezo pickup tone and magnetic pickup response for each of the wound strings.

Getting back to electric strings, the necessity for magnetic materials until recently restricted the choice of metals to nickel and various types of steel. The variety of electric guitar strings is now wider than ever, but the basic construction is the same as acoustic strings, with round or hexagonal core wires.

Obviously, there were no ‘electric strings’ before the electric guitar was invented. However, since the operating principle of guitar pickups was so clearly understood, it didn’t take long for manufacturers to conclude that steel rather than bronze strings were needed for pickups to operate properly.

Meanwhile, in Michigan, Gibson’s catalogues featured Electric Spanish Guitar Strings known as Mona-Steels. These were named after a naturally occurring alloy called monel, which contains nickel, copper and iron. Its corrosion resistance made it a suitable choice for acoustics and electrics, and if you’re interested in Charlie Christian-era tone, you could try some Martin Retros on your archtop – even if it does say ‘acoustic’ on the packet. 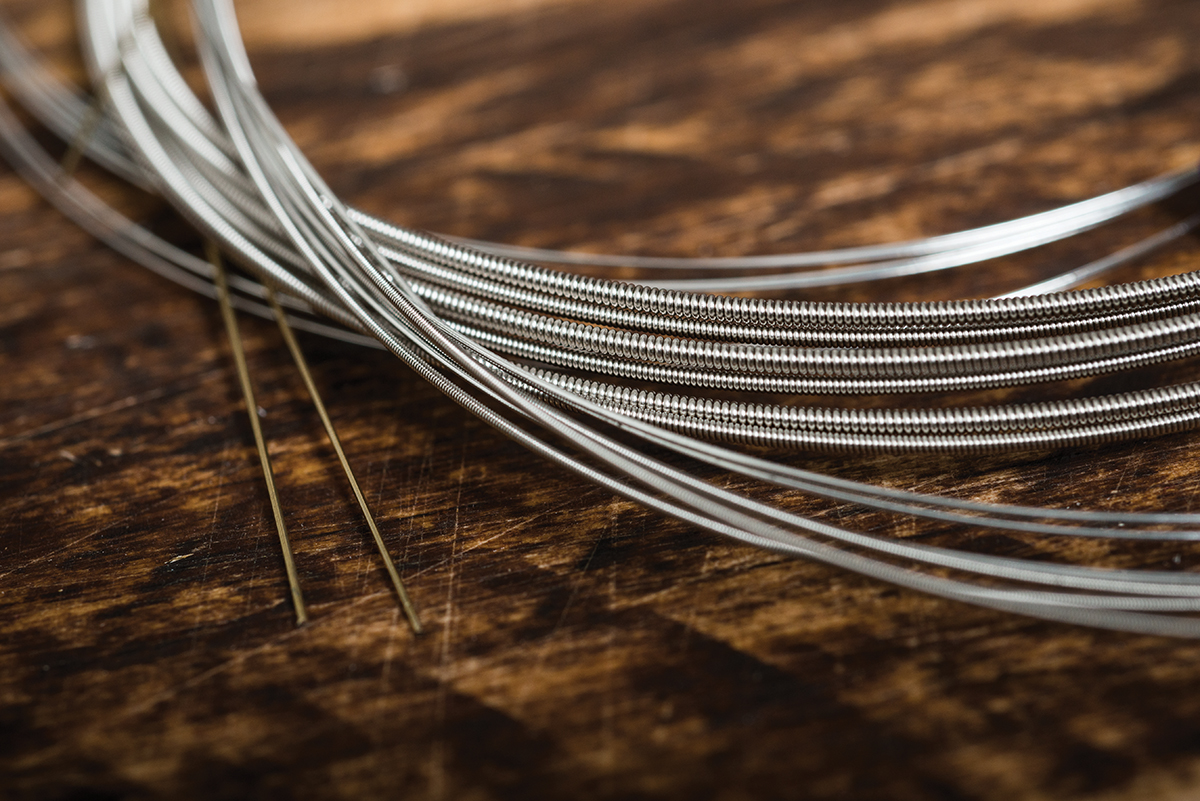 By the mid-1950s, string manufacturers such as Pyramid were making pure nickel strings, and nickel remained the metal of choice for much of the early rock ’n’ roll era. This continued throughout the 1960s with US manufacturers such as Fender and Gibson introducing their own pure-nickel sets. The tone is rich, warm and balanced, and since it isn’t especially bright to begin with, it remains consistent for a long time.

Fortunately for jazz, blues and roots rock players, pure nickel strings are easy to find once again, and you can get them with both round and hex cores. The hex cores are a little bit brighter and tighter, but some find the round cores easier to bend and appreciate their looser feel. With round-core strings, you must take care to tune them to concert pitch before snipping off the excess length at the tuner posts.

US military involvement in Korea and Vietnam has been linked to an increase in the price of nickel, and by the late 1960s string manufacturers began moving to stainless and nickel-plated steel. It was the same scenario for the cobalt component of alnico speakers, so it could be said that the Pentagon inadvertently influenced the sonic evolution of rock guitar.

A friend recently observed that he used to be hooked on nickel-plated strings and would change sets once a week or so to retain the brightness. However, since discovering how microphonic pickups can open up treble response to cut through a mix, he has switched to pure nickel and often leaves sets on his guitars for several weeks despite a very busy gigging schedule.

Even so, many country and rock players find that steel strings deliver the cutting tone with the high output levels that they need. Drop tuners may prefer heavier wound strings to retain definition, and some metalheads use string sets such as Dunlop Heavy Core and GHS Heavyweights that feature thicker core wires with thinner wrap wires for the tone and tension of heavier-gauge strings without ‘bass’ string diameter.

Pure nickel and nickel-plated strings aren’t an option for players who are allergic to nickel. Fortunately, there are other materials to choose from – and you don’t require a medical condition to try them.

For maximum brightness, you should check out stainless steel strings with hex cores. Most report that they retain their brightness for some time, but be aware that stainless steel is harder than nickel and it will wear down frets faster than usual.

Like nickel, cobalt is a ferromagnetic metal, so it can be used for strings as well as speaker magnets. Users report impressive dynamics, rich harmonic content and high output, combined with longevity and an easy playing feel. Maraging steel comes from the aerospace and defence industries and it’s describedas “a superalloy used in high-stress applications”. 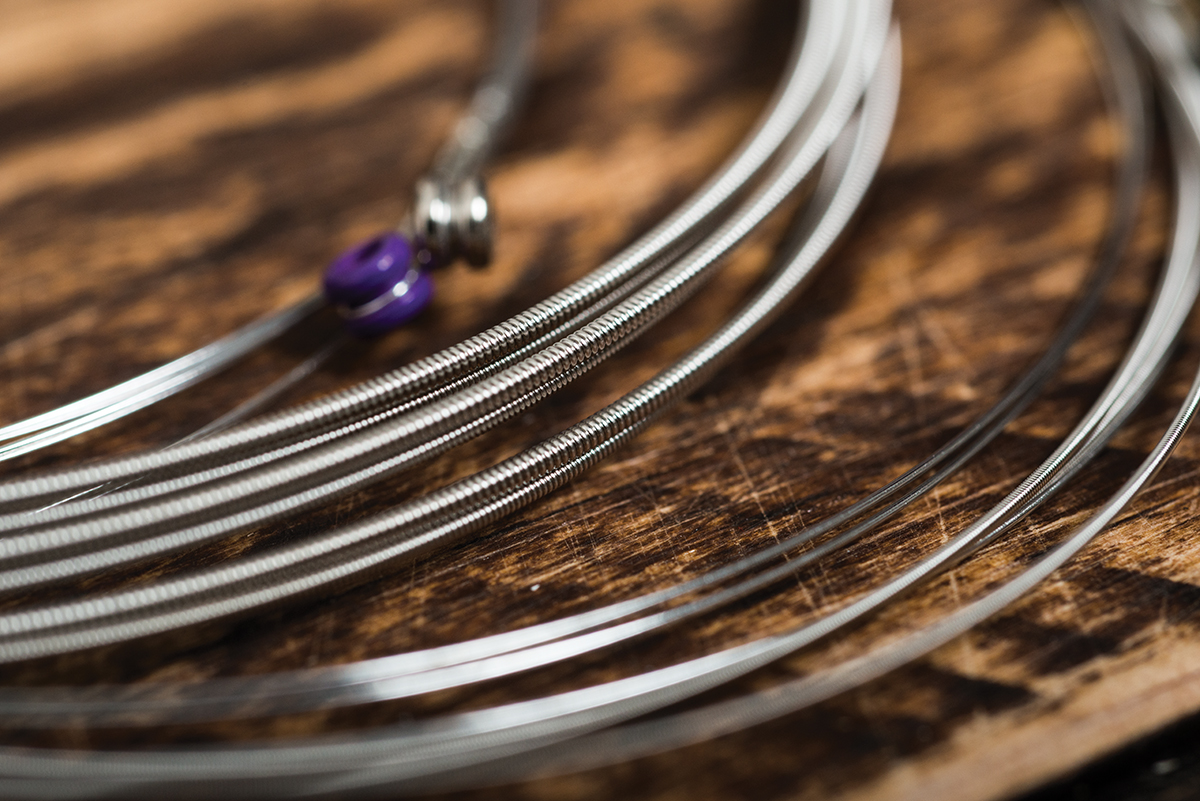 The vast majority of electric players use roundwound strings regardless of the alloy. However, flatwound strings have always been popular with jazzers. Some may find it strange that country and rockabilly pickers who prefer mellower 50s-style tones often use flatwounds too.

Flatwounds on a Telecaster may seem as incongruous as a BC Rich through a Roland Cube, but a set of Thomastik-Infelds or D’Addario Chromes will ramp up the retro twang appeal. If they were good enough for Buddy Holly and Cliff Gallup, they’re good enough. Period.

If you like the idea and tone of flatwounds but find the feel and lack of treble a bit off-putting, consider groundwound and half-flat strings for a smooth feel, even response and a tone that’s right between roundwound and flatwound.

It has often been said that people move house and get divorced with greater regularity than they change bank accounts. The same is probably true of guitar strings – both electric and acoustic – and if you ask most players why they use ‘Brand X’, the answer will probably be “because I always have”.

Hopefully, this article has demonstrated that strings can have a big influence on the output level, tone and feel of your guitar. If you’re prepared to change pickups, valves and speakers in your quest for tone, surely it makes sense to experiment with strings, too, because it’s just about the cheapest and easiest guitar mod of all.