All About… Playing with PAFs

When it comes to PAF tone, myths and hype abound. Huw Price examines the design and development of this revered pickup from guitar’s golden era, and tells us what it’s really like to play them…

Ted McCarty instigated the design process for Gibson’s first noise-free pickup in 1955. Although Seth Lover is widely regarded as the main man, he worked on the project with P-90 designer Walt Fuller. Lover’s involvement with Gibson stretched back to the 1940s and, having rejoined the company in 1952, he was responsible for the ‘staple P-90’, which helped keep the DeArmond-inclined Les Paul on-message.

While Ray Butts’ Filter’Tron design was influenced by a hum-cancelling circuit used in Ampex tape machines, Lover was inspired by the hum-cancelling ‘choke’ (iron-core inductor) used in the power supply of some valve amps to filter out unwanted AC ripple.

However, the ‘humbucking’ principle went back to 1934, when Electro-Voice invented the ‘humbucking coil’. If you thought stacked humbucker pickups were a later development, you may be surprised to learn that AF Knoblaugh invented that in 1938, for Baldwin electric pianos.

Even so, Lover’s adjacent coil arrangement was different enough for Gibson to apply for a US patent in June ’55. Having appeared on steel guitars in 1956, the humbucker was fitted to the Les Paul and various archtops from early 1957 and Gibson introduced a decal on the base plate reading ‘Patent Applied For’ in late-’57: hence the familiar soubriquet.

Although a US patent was granted in July of 1959, the ‘PAF’ decal lasted until late in 1962, when it was replaced by a decal carrying the (incorrect) patent number. Other changes were made around this time and although some early-spec pickups may have ended up with patent-number decals, the PAF era was effectively over.

String vibration and electromagnetic interference both generate alternating currents in guitar-pickup coils. Regardless of what your parents and grandparents may think, the former is music and the latter is noise. A vibrating string causes changes in the pickup’s magnetic field, which induces an alternating current in the coil.

Noise comes about because the pickup’s wire coil acts as an antenna. To eliminate noise while retaining the musical signal, Lover utilised two coils that were electronically out of phase. Both coils picked up noise equally, but when the noise currents in the coils were combined, the noise was cancelled out. The really clever part is how Lover ensured the string-induced signal wasn’t cancelled out, too.

Both coils had polepieces and Lover placed a single bar magnet between them. It was oriented so one set of polepieces would be north and the other south.

Virtually every Gibson-inspired humbucker produced since 1957 has been made the same way. So the question has to be, what makes PAFs different to the humbuckers that came later? To answer that, we need to break down the constituent parts. 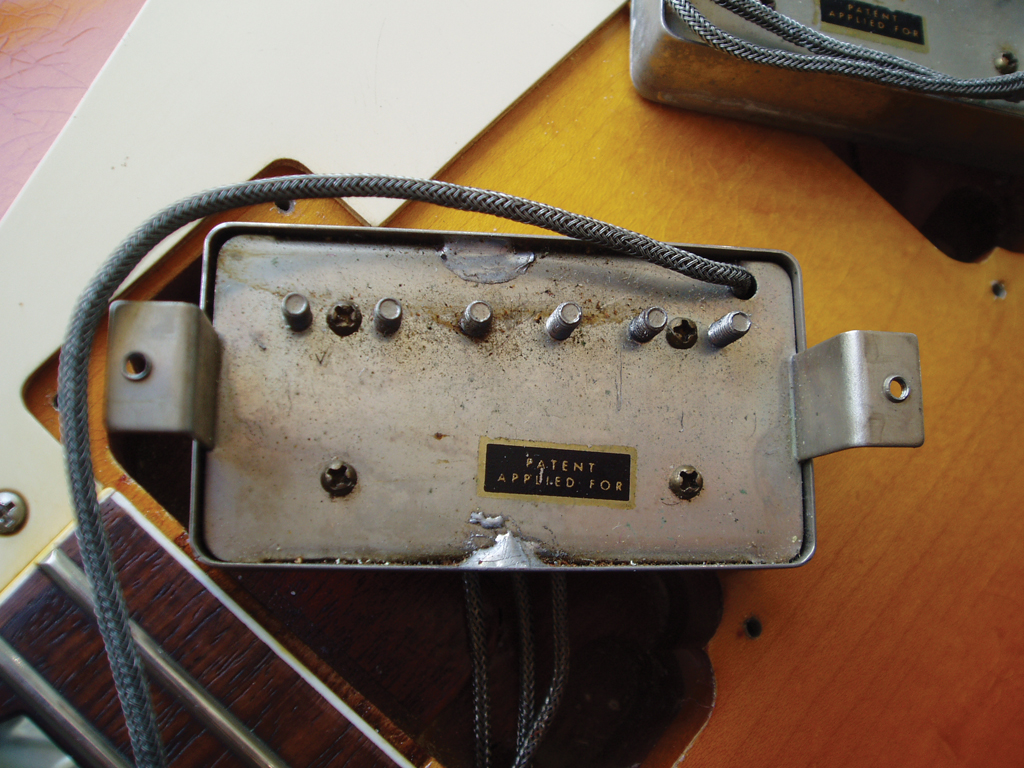 All PAFs had rough sand-cast magnets with alnico grades used randomly. A2 and 5 are commonly reported; some claim A4 was also used, while others dispute whether A3 magnets were ever installed in PAFs. Many modern PAF replicas are made with A4, because it’s a consistent and reliable way to replicate the tone of weakened A5.

Like every other maker at that time, Gibson had to use whatever they could get hold of. The early magnets were 2.5 inches long and were shortened by 1/4 inches in 1961, when alnico V became standard. The shape of the magnetic field changed as a result. A black line was drawn to mark the north side and the 1/2-inch width and 1/8-inch thickness remained constant throughout.

The various grades of alnico, coupled with ageing inconsistencies, partly explains why the sound of PAF pickups varies so much. Incidentally, Gibson used the same magnets in P-90s and PAFs.

Gibson used purple 42 AWG plain enamel wire wound with non-automated machines. Due to the distance between the bobbin and the machine, the wire would jink about as the coil was being wound, which created a pseudo ‘scattered’ pattern. Operators would switch the machine off when bobbins looked full, which resulted in coil shape and size inconsistencies, as well as varied DC resistance. Roughly speaking, PAF coils in series ohm out between 7.5K and 9K, which is more or less in line with P-90s of the era.

Crucially, the coils were not evenly matched, and this ‘offset’ is considered a major factor in the characteristic clarity and definition of a good PAF. However, achieving the right degree of mismatch is crucial, as Matt Gleeson of Monty’s Guitars explains. “If there’s too much offset… they’re thinner sounding. Then, if the coils are identical, all that clarity is lost. Maximum hum cancelling comes with maximum treble reduction.”

Winding tension is also an important variable. Since PAF coils weren’t wax potted, the coils had to be tight enough not to squeal. However, if they’re too tight, you can lose the open sound quality and touch response. Finally, the coils were wound with #4 flatback insulation tape for protection. 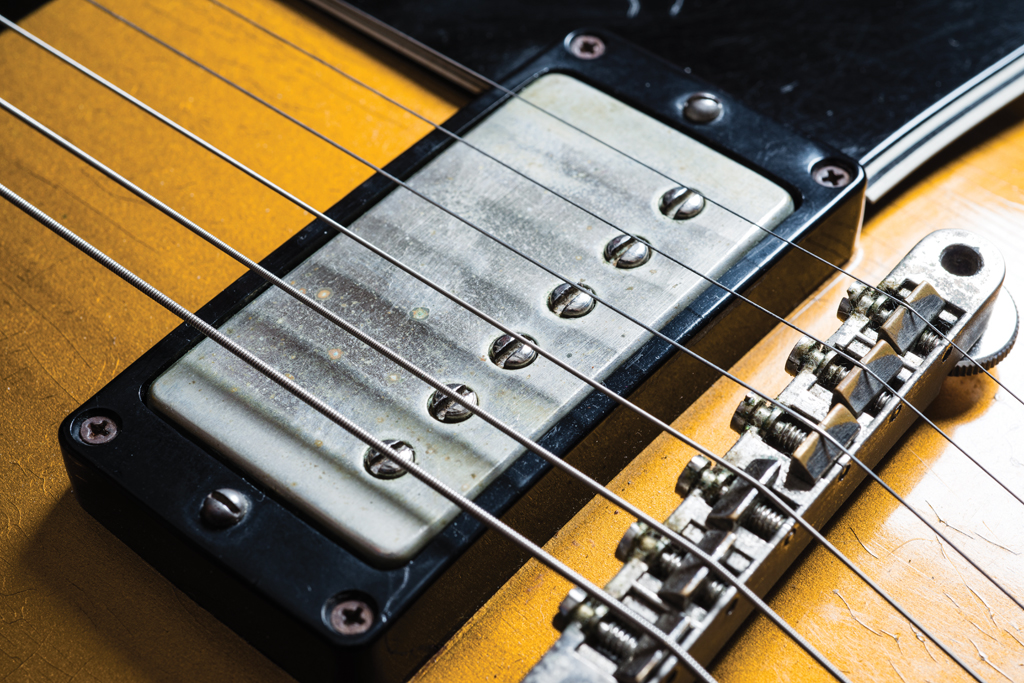 Seth Lover had initially wanted a closed cover, because he regarded adjustable polepieces as unnecessary. However, the Gibson high-ups insisted they were a key selling point. The very earliest Gibson humbuckers had brushed stainless-steel covers. This soon changed to nickel silver, with gold plating a later option. Most builders agree the cover should be as thin as possible to maintain an open sound and minimise treble roll off. In the mistaken belief they would get more volume, players often removed PAF covers.

While working as a tape op in the early 90s, I had a sneaky go on a famous ’57 Goldtop, but at the time, I didn’t know enough to appreciate it. Only recently have I had the opportunity to play a handful of PAF-equipped Gibsons and I hadn’t anticipated how versatile, dynamically responsive and expressive PAFs would sound. They were more like Fender pickups on steroids than fat, hot-wound, balls-to-the-wall rock pickups.

PAFs are supposed to vary, but all the ones I played had a sweet and airy brightness. When I turned down volume controls, there was no loss of clarity or definition whatsoever. The bridge tone was transformed from a raucous metallic bite into something approaching country quack. Similarly, the neck pickups ranged from a flutey and vocal blues tone to a semi-acoustic woody jazziness. I also discovered you could jangle on a Lester. 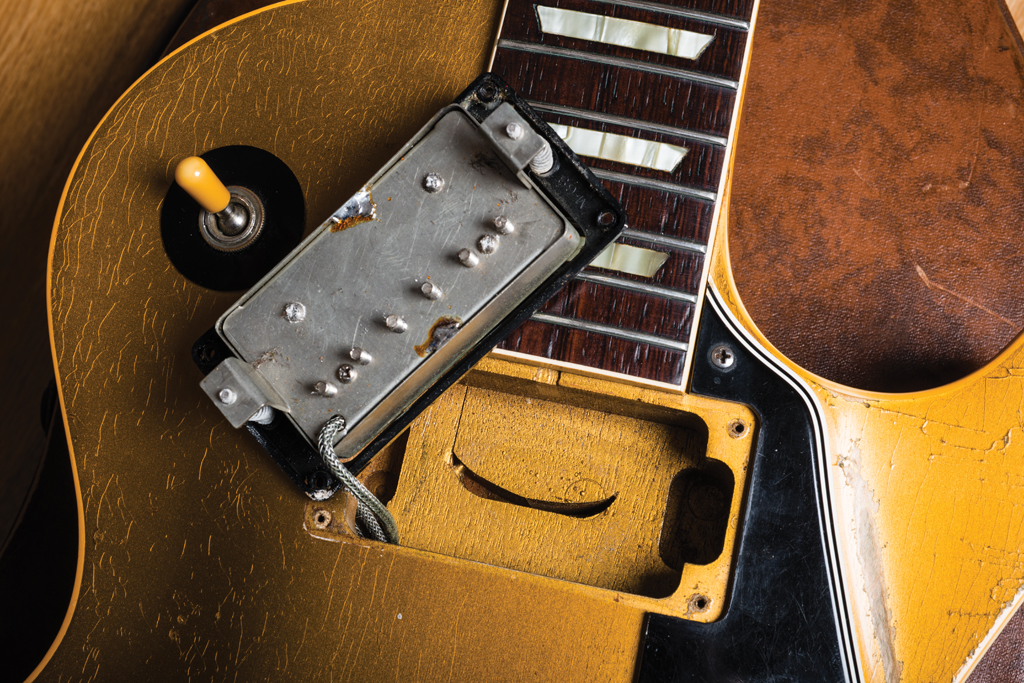 They also sustain in the most remarkable way, even at fairly low volume and gain levels. As you hold a note, harmonic overtones drift in and out constantly, so the sound is never static. If you add finger vibrato, notes finally cross-fade into friction noise that’s surprisingly loud and something I’ve heard on many vintage Gibson recordings.

The most surprising experience was comparing two Goldtops from ’54 and ’57. I found the PAFs brighter, subtler and more harmonically complex. The P-90s had gutsier mids, more bark and compression, and fewer harmonic overtones. Even so, the P-90s and PAFs were more notable for their similarities than their differences.

The PAF has come to be regarded as part of the Gibson tradition, but I would argue it was part of that tradition even when it was new. My ears tell me that Seth Lover was either shooting for P-90 tone minus the hum, or Ted McCarty had instructed him to do so, when he designed the PAF. He succeeded… and then some.

Check out our guide on the best PAF pickups here.