Blackstar Amplifiers, based in Northampton, has delivered over a hundred Blackstar Fly 3 micro amps to the Brain Tumour Research charity, in Milton Keynes, ahead of a world record attempt. 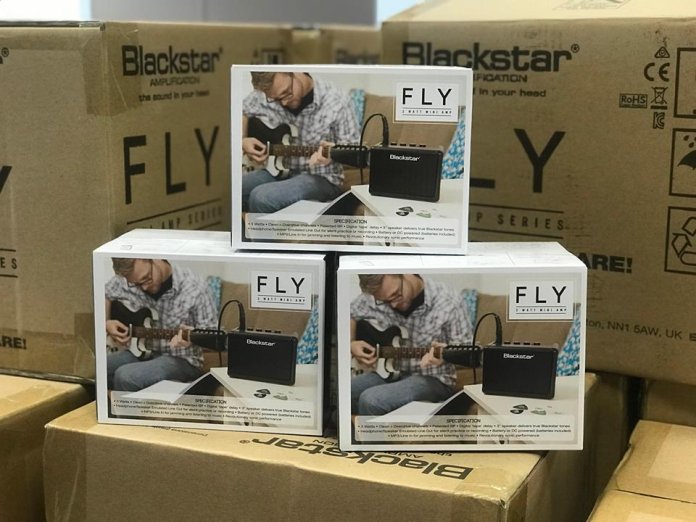 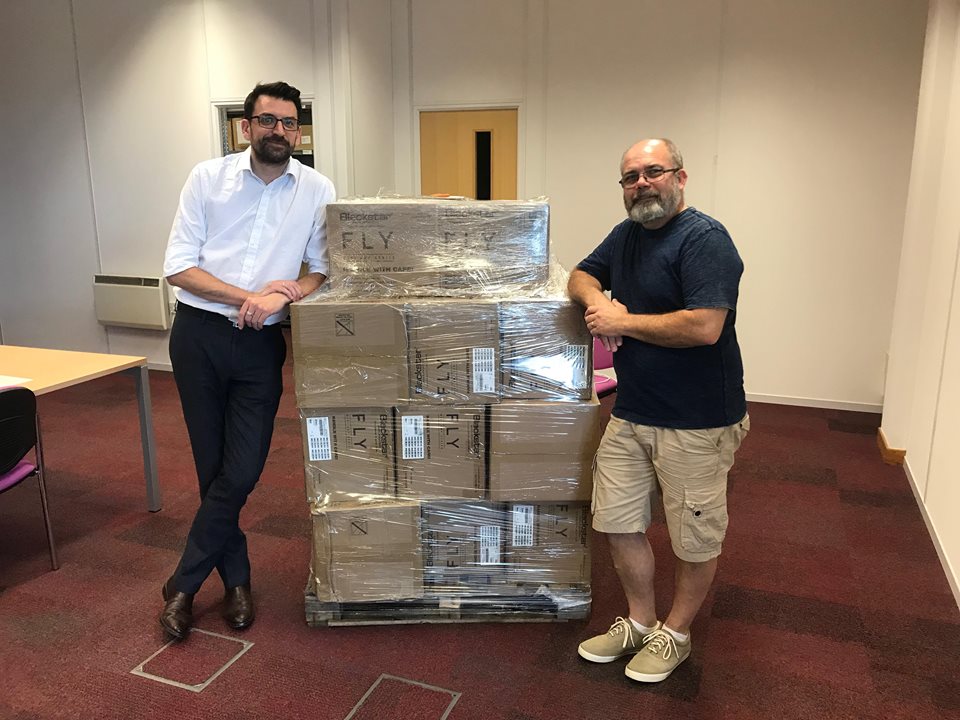 Blackstar Amplification, based at Moulton Park, has partnered with organiser, Dave Pile, to sponsor The Great Guitar Challenge. The challenge, which will take place on 22nd July at Ealing Blues Festival, aims to break the Guinness World Record for the largest electric guitar ensemble and raise money to help fund vital research into brain tumours. To break the record, Dave requires 450 guitarists to join him on the day and play ‘Heroes’ by David Bowie.

Joel Richardson, Head of Marketing at Blackstar, said: “When we heard about the world record attempt, we instantly wanted to be involved; 450 electric guitarists playing Heroes en masse is going to be incredible and as it’s also for a great cause, we’re determined to help make it happen. 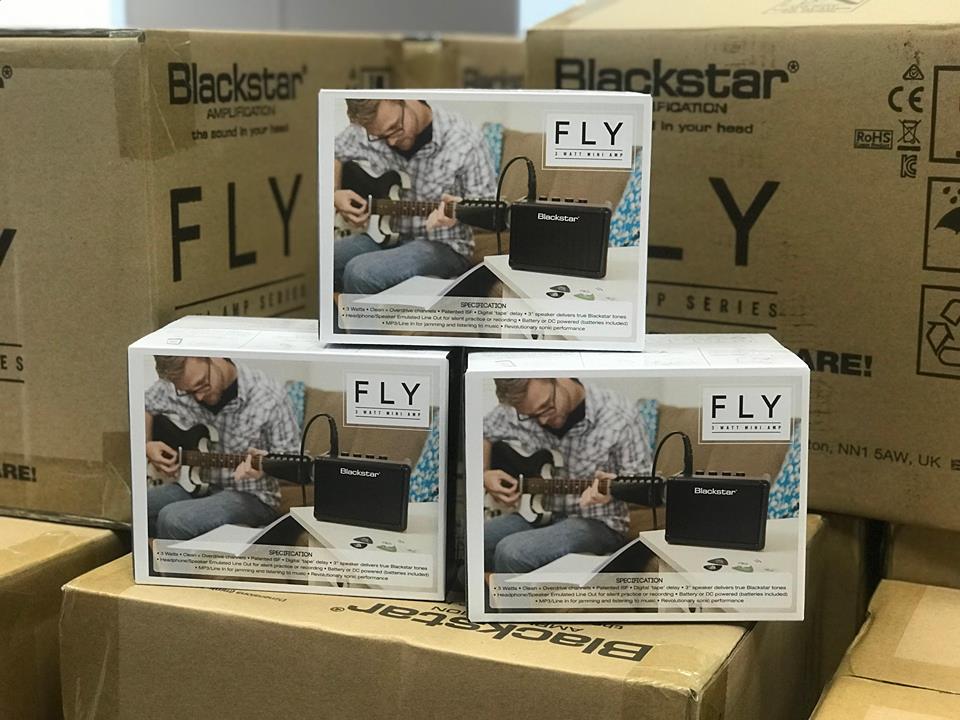 “Every guitarist who participates will receive one of our new Fly 3 micro amps which is a brilliant marketing opportunity for us.” Dave said: “I’m so grateful to the team at Blackstar for sponsoring this event. Without their support it wouldn’t be possible, and their industry contacts and expertise have been invaluable.”

Dave, a life-long guitar enthusiast and carpenter, lost his mother, June Pile, to a brain tumour. June died in March 2013 following a short and gruelling battle with a glioblastoma multiforme (GBM), a highly aggressive type of tumour. Despite surgery, chemotherapy and radiotherapy, she died less than six months after her diagnosis. 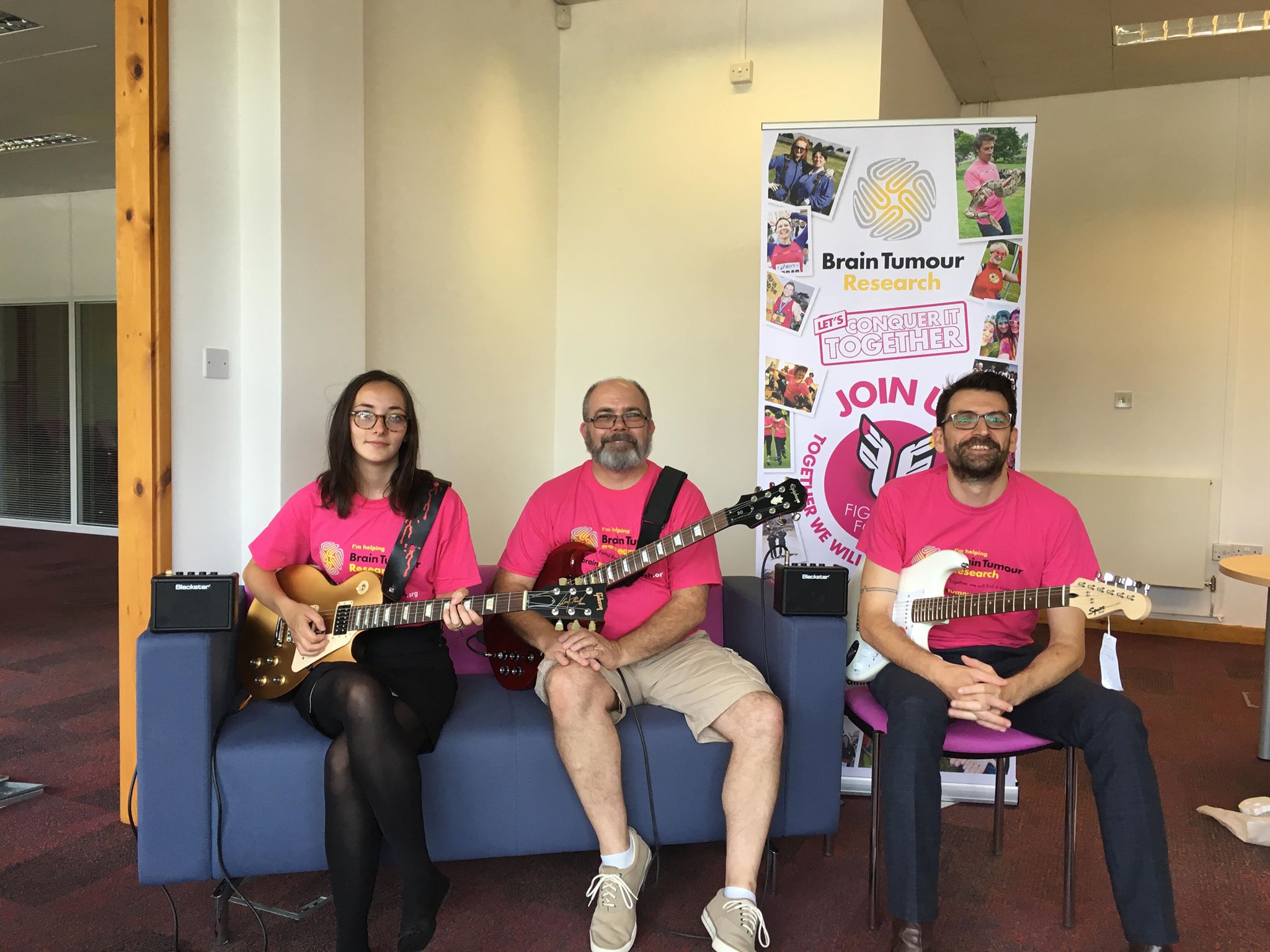 Michael Thelwall, Head of Community Fundraising for Brain Tumour Research, said: “Dave’s world record attempt is going to be spectacular and I hope it will raise awareness of how underfunded research into the disease is. We are extremely grateful to Dave and Blackstar for fundraising and wish everyone involved the best of luck for the world record attempt.”
Guitarists can register for the event via Eventbrite; the ticket price includes a donation to Brain Tumour Research and entitles participants to a new Blackstar Fly 3 micro amp, a t- shirt to mark the event and a free day’s entry to the Ealing Blues Festival.