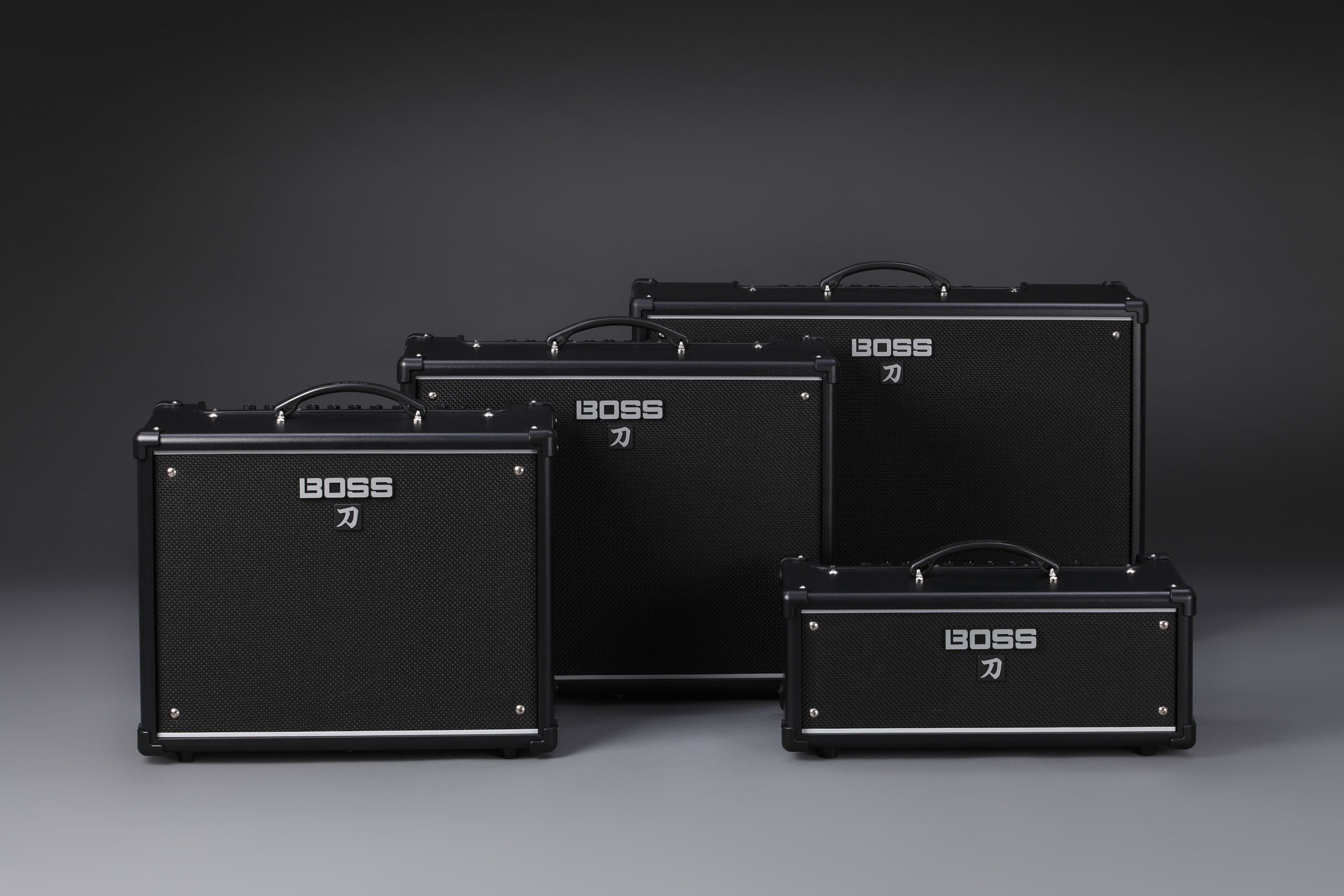 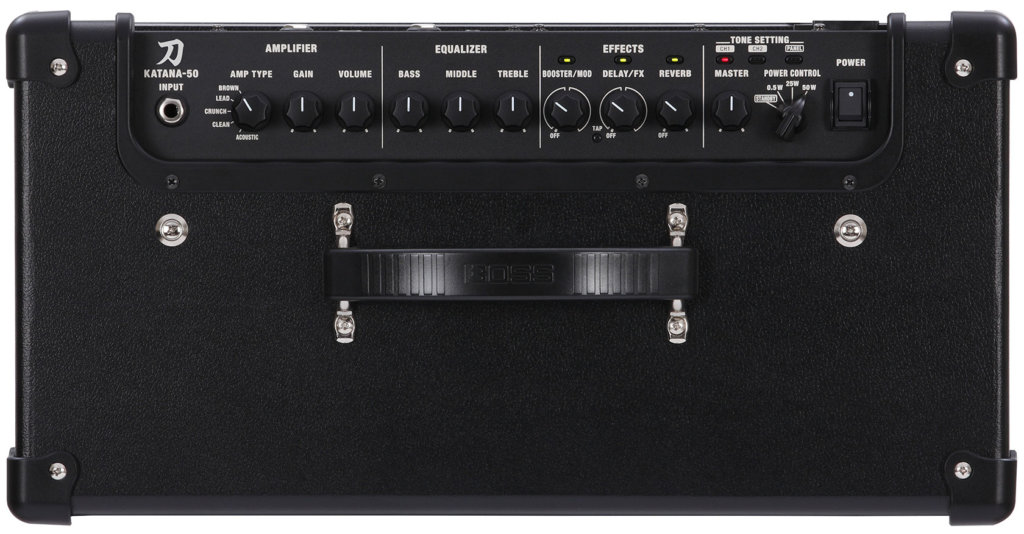 “The Katana lineup consists of three combo amplifiers and an amplifier head. The 50-watt Katana-50 and 100-wattKatana-100 are each equipped with a custom 12-inch speaker. The Katana-100/212 has 100 watts of power and is equipped with two custom 12-inch speakers. The 100-watt Katana-Head is designed for use with an external speaker cabinet such as the Waza Amp Cabinet 412, but includes a convenient integrated monitor speaker for tone preview and practice.

“Each Katana amp also includes integrated access to 55 BOSS effects, which are customizable using the free BOSS Tone Studio editor software. Up to three effects can be used at once.

“While the Katana amps include many advanced features, they offer intuitive interfaces that allow players to dial in sounds quickly. An innovative Power Control function lets users achieve cranked-up tones at low volumes, a great benefit for playing on small stages and practicing at home.