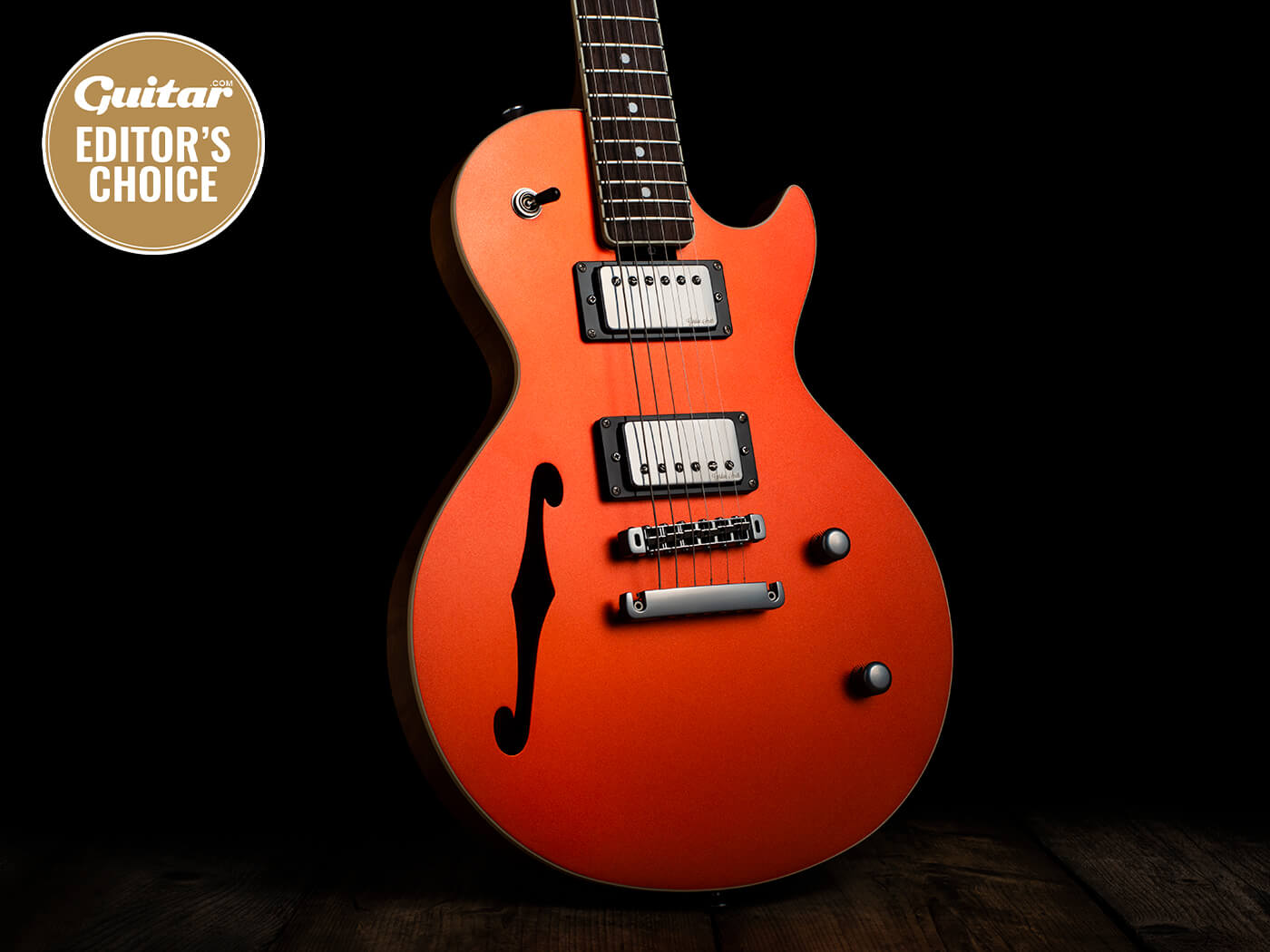 Since buying the Gordon Smith brand (and dropping the hyphen) back in 2015, Auden owner Doug Sparkes has set about reviving the heritage British brand to compete in an increasingly competitive market – all while maintaining the UK manufacturing that GS is known for.

Gordon Smith guitars are built to order and pretty much everything is up for customisation and with that said, the model you see here has three non-standard options – metallic paint, Gotoh 21:1 ratio tuners and Gotoh X Chrome hardware. It also sports a chambered mahogany body with a bound maple cap plus a mahogany neck with rosewood fretboard.

With its compact form and 24-inch scale length you’re working in the realms of a Gibson semi-hollow in terms of both feel and tonality, but those wax-potted humbuckers can also operate in single-coil mode with a pull-up of a control knob, so there’s plenty of versatility lurking inside, too.

In our review of the Gordon Smith GS Deluxe Semi Solid, we called the model “a cracking little rock and blues guitar that’s more versatile than it looks”.

To be in with a chance of winning this guitar in either Metallic Blue or Metallic Grey simply head to the link below and answering the following question. Good luck!