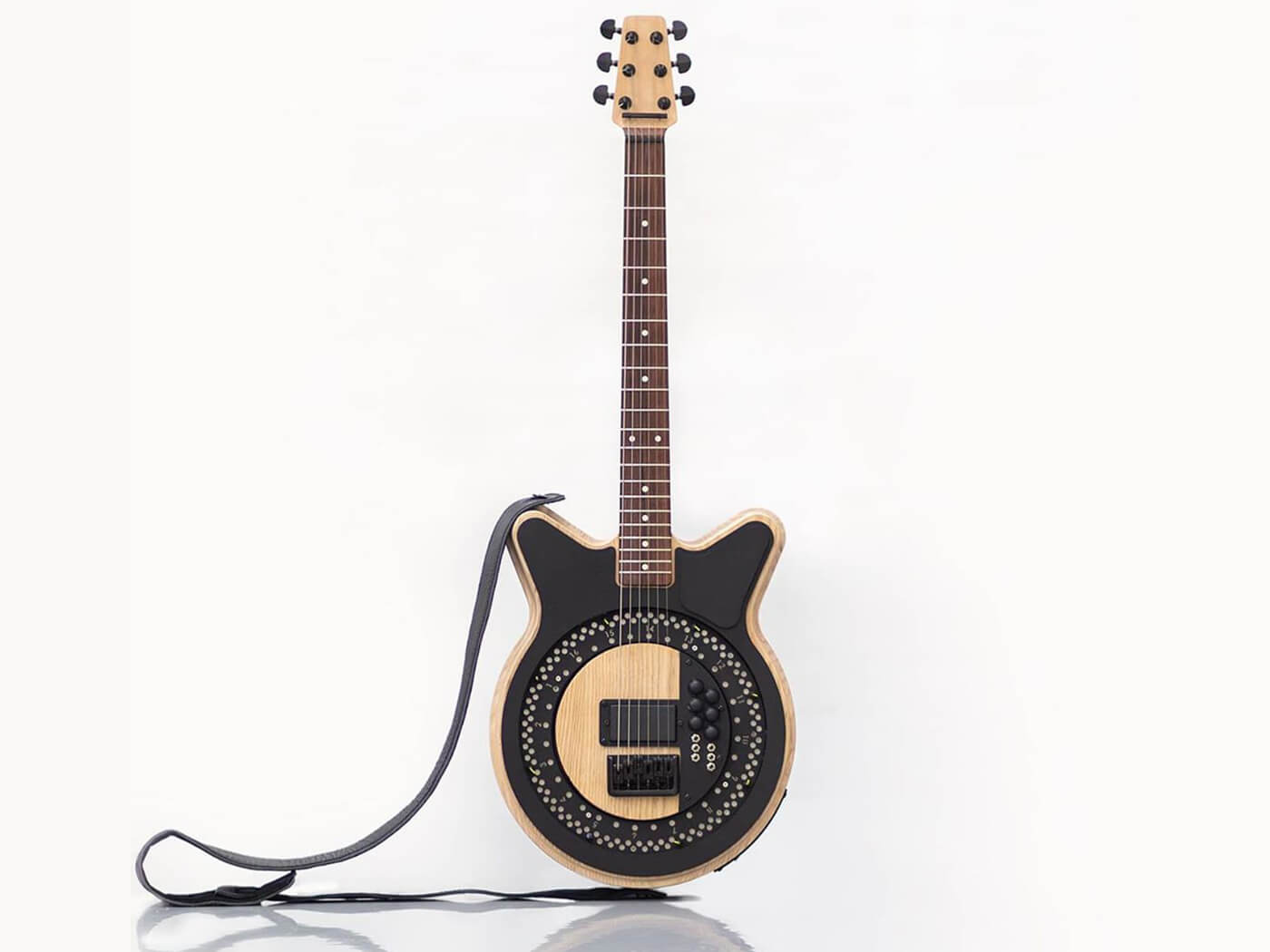 Inventor and product designer Anthony Dickens has unveiled a radical new concept instrument dubbed the Circle Guitar. This is an electric guitar that employs a mechanical ‘step sequencer’ disc on its body, which rotates underneath the strings.

The idea is to let players program different rhythmic patterns by magnetically affixing guitar picks onto 128 available slots on the disc. These picks (which are more like poles) come in five different levels of hardness.

The guitar is outfitted with a single hexaphonic pickup. As for right hand controls, it gives you independent outputs for each string that can be engaged either momentarily through six buttons, or toggled with six mini switches on the guitar’s body.

According to Dickens, “by using a mechanical device to strike the strings, rather than a human hand, you can exceed what is physically possible and push guitar playing into new, unexplored territories.”

As for how fast it can actually pick, Dickens wrote that the Circle Guitar can reach up to 250bpm, although it’s uncertain in which subdivision he meant. The instrument can also be tempo synced to a DAW via USB connection.

Dickens said that the idea for the Circle Guitar came to him over 10 years ago, and took him an additional two years, with the help of engineers from Makerversity in London, England, to get a working prototype.

Unveiled just six days ago (13 Aug), the Circle Guitar already has its first artist demo, with Ed O’ Brien of Radiohead sharing a video over Instagram of himself trying out the instrument. Take a look below.

No plans have yet been announced on whether the Circle Guitar will head into mass production, but you can read more about it and watch more demos on Dickens’ Instagram account, here.