Last month, former Allman Brothers Band founding member Duane Allman’s beloved 1961/1962 Cherry Red Gibson SG sold at Heritage Auctions for $591,000, making it one of the most valuable electric guitars ever sold. Recently, however, it has come to light that Allman’s 1957 Gibson Les Paul, used to record Layla alongside Eric Clapton, sold a […] 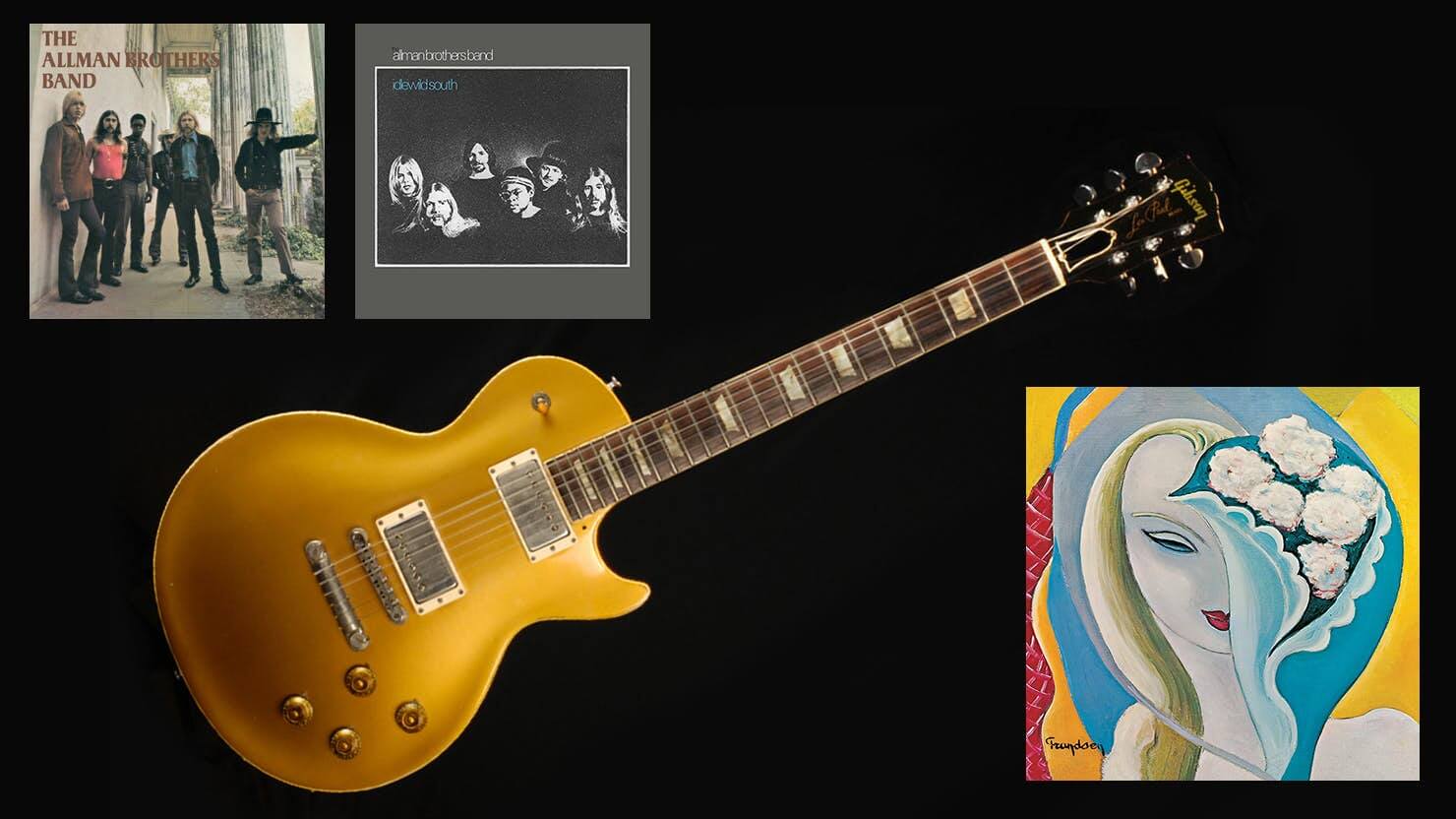 Recently, however, it has come to light that Allman’s 1957 Gibson Les Paul, used to record Layla alongside Eric Clapton, sold a few days later for $1.25 million, easily surpassing the price paid for his SG.

Allman’s 1957 Les Paul was used throughout the recording sessions with Derek and the Dominos in August 1970 for the album Layla and Other Assorted Love Songs. The guitar was also Allman’s main instrument during the first two years of the Allman Brothers Band, used on their self-titled debut in 1969 and 1970s Idlewild South.

The guitar has been on display at the Allman Brothers Band Museum located at the Big House in Macon, Georgia, and has also played by fellow esteemed musicians Billy Gibbons, Kirk Hamlet, Charlie Starr, Vince Gill, Derek Trucks amongst others.

Just weeks after recording Layla, Allman traded the guitar for a cherry sunburst LP due to his affection for Clapton’s model. Allman traded his Goldtop with Rick Stine of Stone Balloon in 1970, including a Marshall 50 head and $200 dollars in the deal. After switching hands numerous times after, the guitar ended up in the hands of its current owner in 1977. Note that the guitar has also been refinished twice, amongst other modifications.