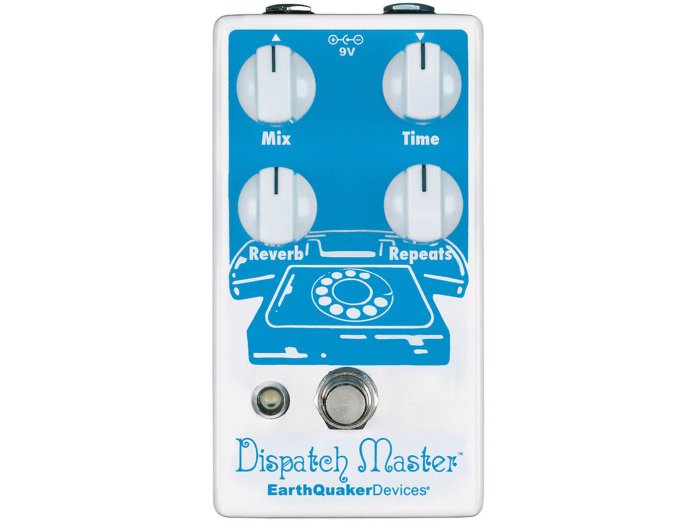 EarthQuaker Devices has announced the third edition of the Dispatch Master, a delay and reverb stompbox.

The Dispatch Master V3 boasts EQD’s Flexi-Switch, which gives you two footswitching modes: latching and momentary-style. With the former, the effect is engaged/disengaged by tapping on the footswitch – like a regular pedal. And with the latter, the effect stays engaged as long as the footswitch is held down.

Otherwise, the updated pedal is identical to its predecessor. You have access to a suite of dynamic reverb tones – ranging from small room to cavernous ’verbs – and up to 1.5 seconds of delay time.

Rounding off the pedal’s features are four simple control knobs – mix, time, reverb, and repeats – that can be tweaked to unleash lush, ambient tones and dreamy soundscapes.

Retails at $199. More information at earthquakerdevices.com.