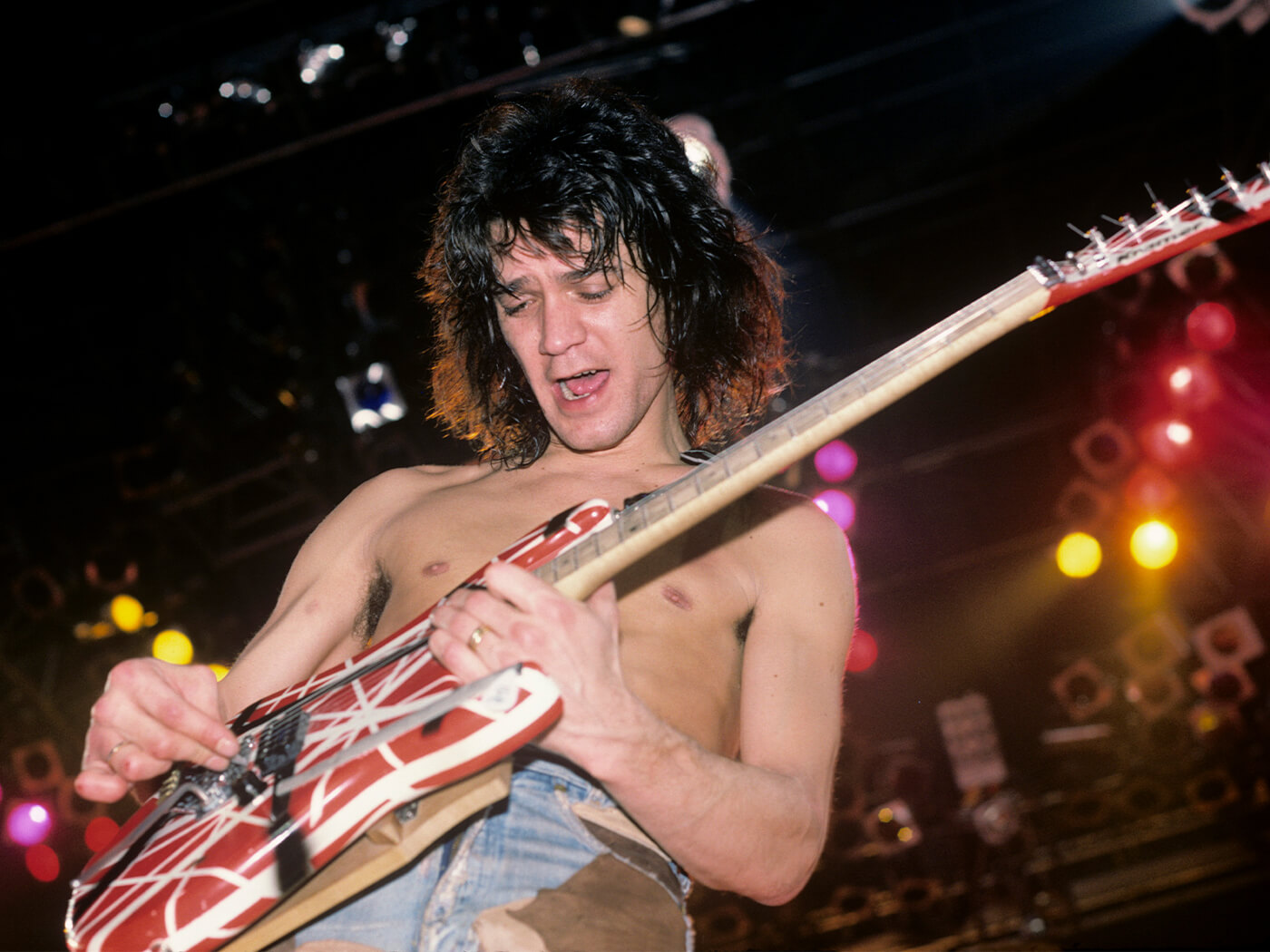 Two electric guitars played, owned and customised by the late Eddie Van Halen are set to go up for auction on 1 December.

An autographed 2004 EVH Charvel Art Series electric guitar and a custom electric guitar put together by the guitar icon and his guitar tech Matt Bruck – then given to a friend – will be featured in the Icons & Idols Trilogy: Rock ‘N’ Roll auction hosted by Julien’s Auctions. Both instruments are expected to fetch between $40,000 to $80,000 each at auction.

The 2004 EVH Charvel Art Series electric guitar was hand-striped by Van Halen himself, and its design takes after the iconic Van Halen I guitar from 1978. The guitar is accompanied by a set of photographs that depict Van Halen applying tape strips onto the instrument, as well as playing it at a San Antonio gig.

The customised electric guitar was gifted to the guitarist’s friend Bryan Cash, owner of Cash’s Centenary Oyster House in Los Angeles. The instrument was inscribed with a personal message, “Yo Bryan / let’s get shucked up / Eddie Van Halen 5150”.

After a six-year-long battle with cancer, Eddie Van Halen died on 6 October at the age of 65. The auction had been in the works at the time.

“As we were preparing for our annual Icons & Idols: Rock and Roll auction lineup, we were stunned to hear the sad news of Eddie Van Halen’s passing last week,” Darren Julien, president of Julien’s Auctions, said in a statement. “We are honoured to include at this event two of his iconic guitars from his brilliant and blazing career as one of rock’s greatest and most gifted guitar heroes.”

The auction also features a Fender Stratocaster played – and smashed – by Kurt Cobain during Nirvana’s 1994 In Utero Tour, as well as a crystal-studded white glove worn by Michael Jackson on the Jackson brothers’ 1984 Victory Tour.

Stay tuned for the auction at Julienslive.com