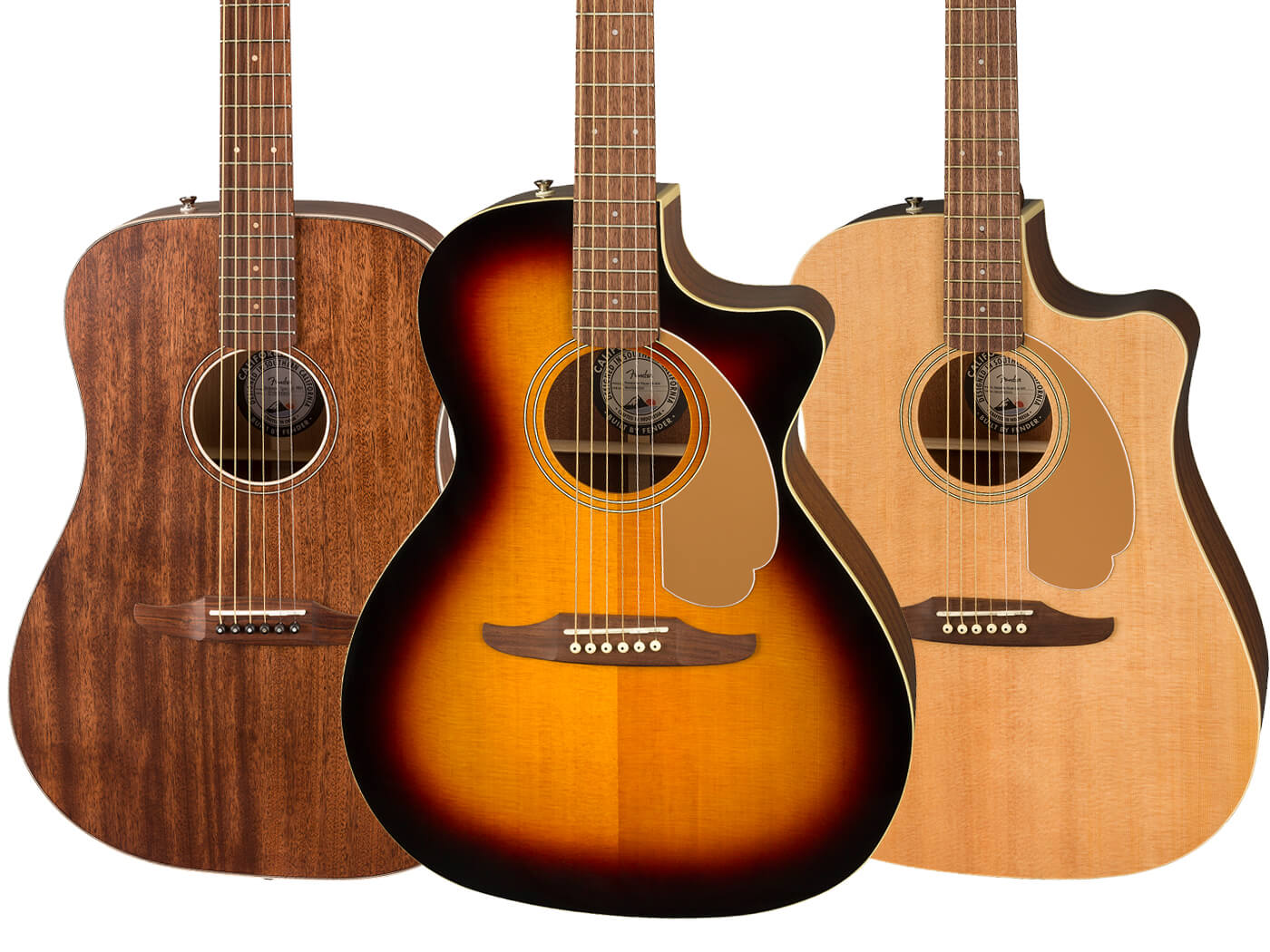 Fender has announced the expansion of its California acoustic guitar series with the reveal of nine new models under the California Traditional series. This comes as the brand recently announced the return of the Road Worn series, expansion of the Squier Mini series and four brand-new pedals.

The nine new guitars that make up the California Traditional series can be broken up into three editions: classic, special and player. Each features three models, which are the Malibu, New Porter and Redondo.

The Player edition models feature solid spruce tops with mahogany back and sides, and come in either a sunburst or natural finish. These models also come with a mahogany neck, graph tech nuts and saddles, along with a Fishman-designed preamp system.

Newly introduced to both the Classic and Special editions are tilt-back headstocks that offer increased sustain and solid tonewoods in their construction, which include all-new solid mahogany back and sides.

The Classic edition instruments feature a solid spruce top and come in an Aged Cognac Burst finish, whilst the Special models have a mahogany top and natural finish. Both editions also include a ‘C’ shaped Mahogany neck, Fender- and Fishman-designed preamp system and come with a deluxe gig bag.

The Malibu model is a small-bodied, short scale acoustic-electric that promises a balanced, articulate sound. Designed for both live and studio applications, it features quartersawn scalloped X bracing for improved resonance and its pickups are voiced for a flattering yet natural output.

The Newporter on the other hand is a mid-sized acoustic-electric geared for live performance. Its Fender- and Fishman-designed preamp is specifically voiced to take full advantage of the guitar’s body shape, which also features quartersawn scalloped X bracing for superior resonance.

Finally, the Redondo, described as the “bold and brash” model of the lineup is a dreadnought acoustic-electric that promises a rich and powerful voice that can fill a room. It too is designed especially for performance and combines quartersawn scalloped X bracing with the newly introduced tilt-back headstock for improved resonance and sustain.

The California Traditional series becomes available 13 August, with prices yet to be announced.