Featuring tonewoods such as cocobolo, white limba and ziricote. 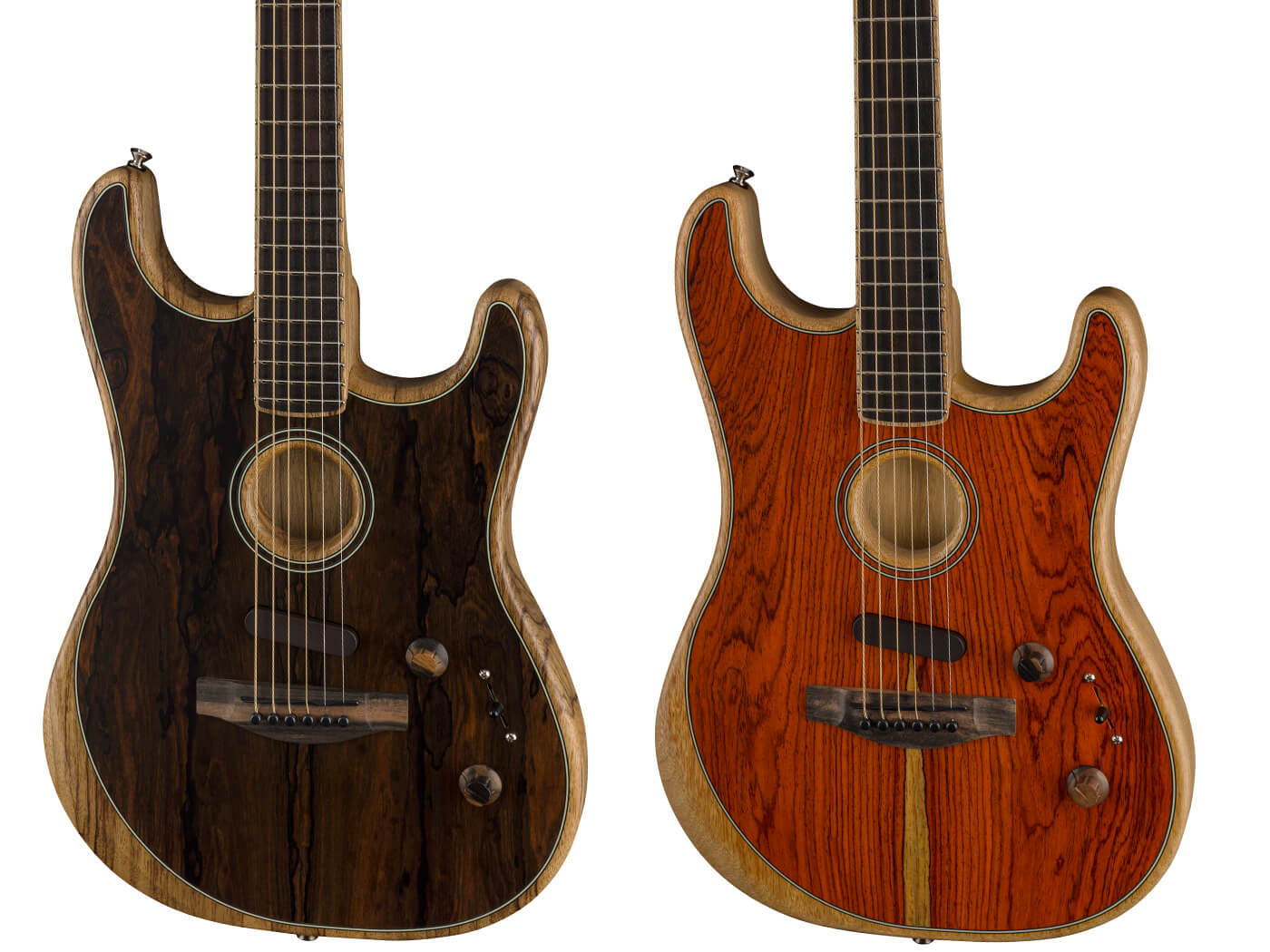 The hybrid instrument is introduced in three variants, one featuring a cocobolo body with white limba neck; another featuring a ziricote body with black limba neck, and one with a koa body and korina neck.

Further increasing the instrument’s tonal versatility are the Fishman- and Fender-designed Acoustic Engine, which allows various body style and tone wood combinations to be emulated, as well as the Mod Knob, which can be employed to blend different voices together.

The limited-edition Acoustasonic Stratocaster also adopts a channel bound neck, in which the fingerboard is laid directly into the neck, in order to eliminate side seams for a comfortable fret-hand feel.

The Limited Edition American Acoustasonic Stratocaster will be available 1 October, priced at $3,299.