All of the pedals feature true-bypass, three knobs, a toggle switch, and the same small wedge enclosure with top mounted jacks as Maestro’s previous 2022 launches. 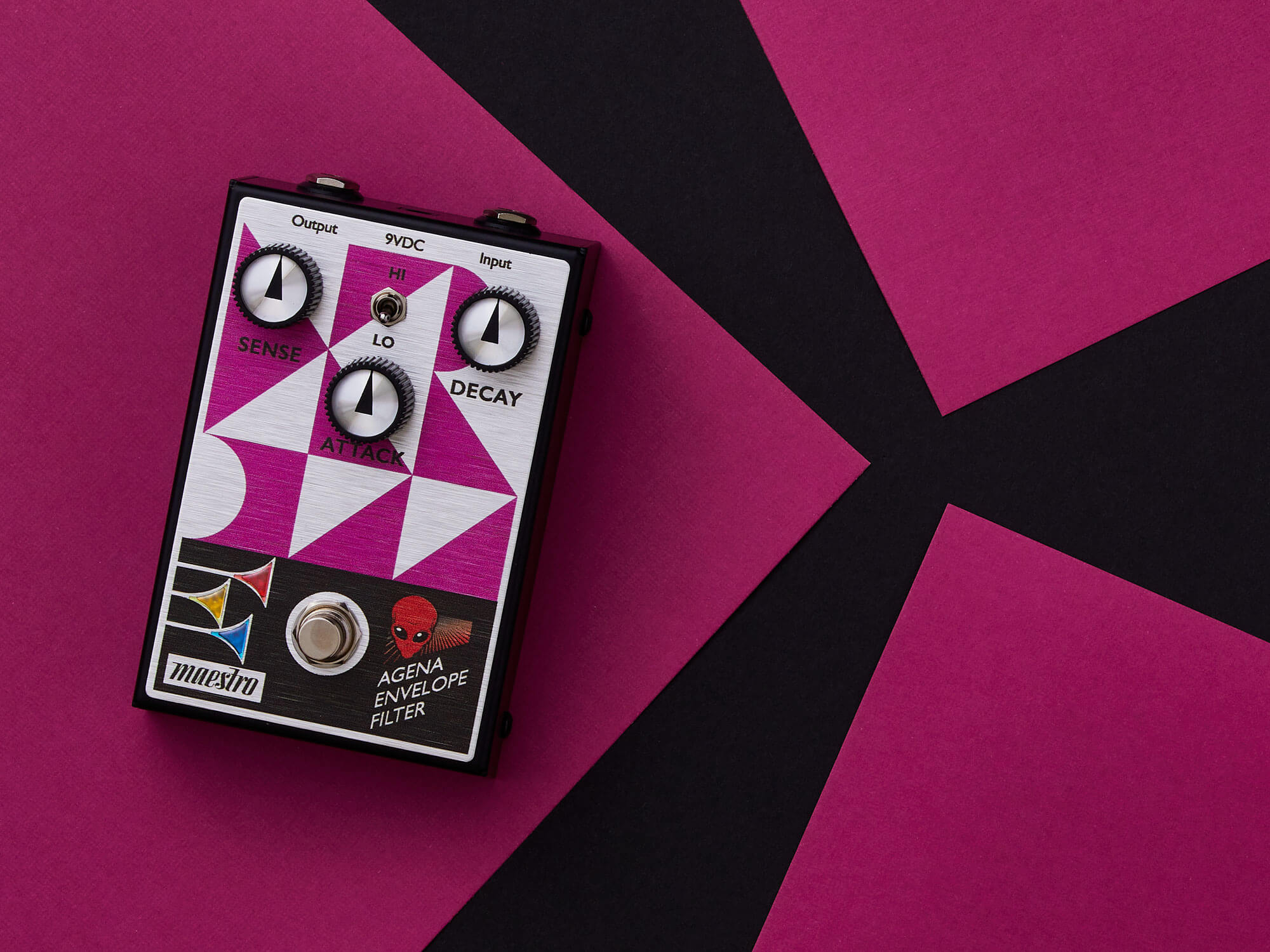 The Agena Envelope Filter is effectively an auto-wah pedal, moving a filter across your signal according to the envelope of your note. There are controls /for sensitivity, attack and decay time, as well as a voicing switch to choose the filter’s frequency range, and a neat little alien guy as an added bonus. 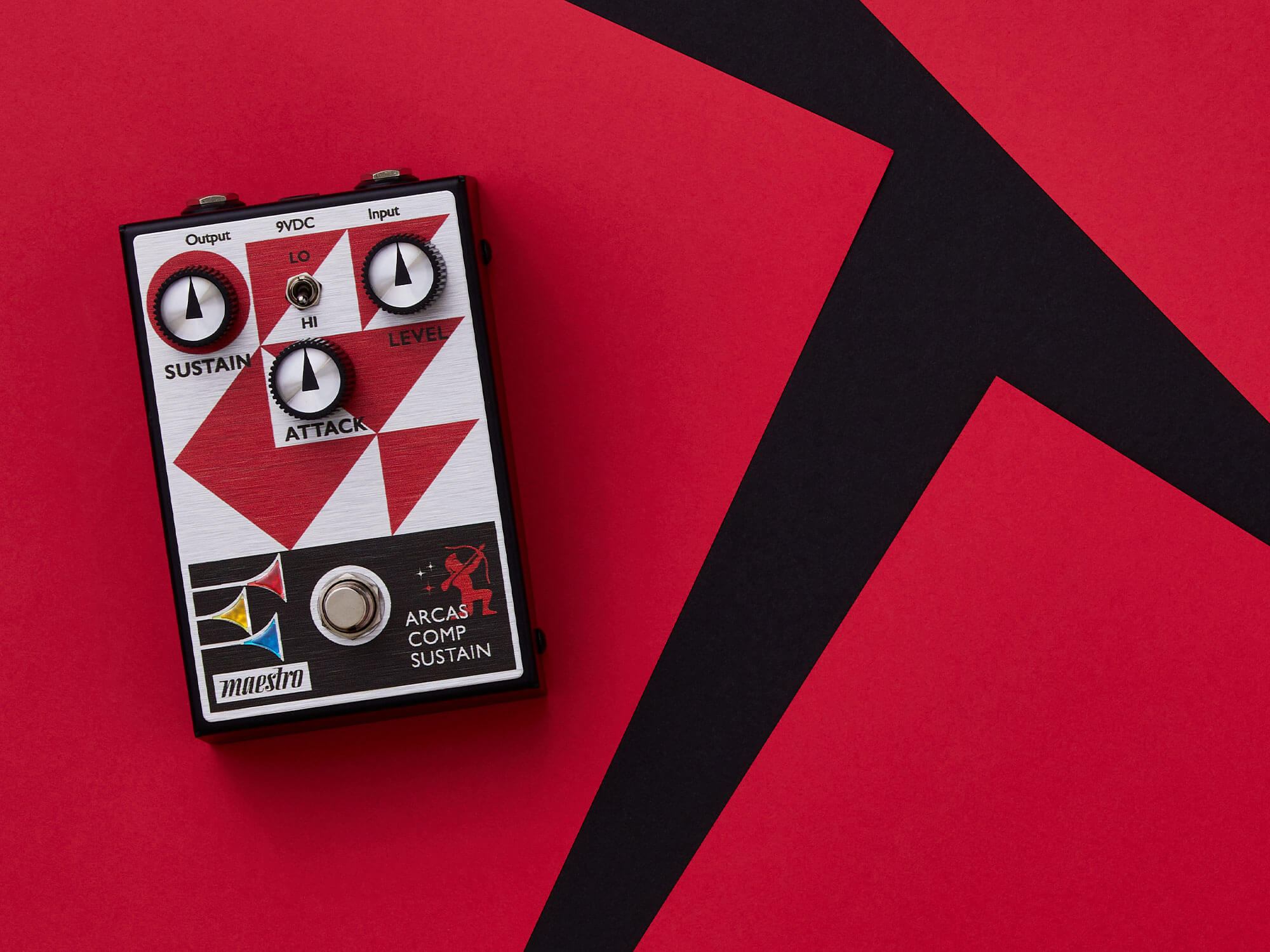 This compressor bears some standard compressor controls:level, sustain and attack. The toggle switch here adjusts the input sensitivity of the pedal, depending on your pickup output levels and if you’re stacking the pedal. 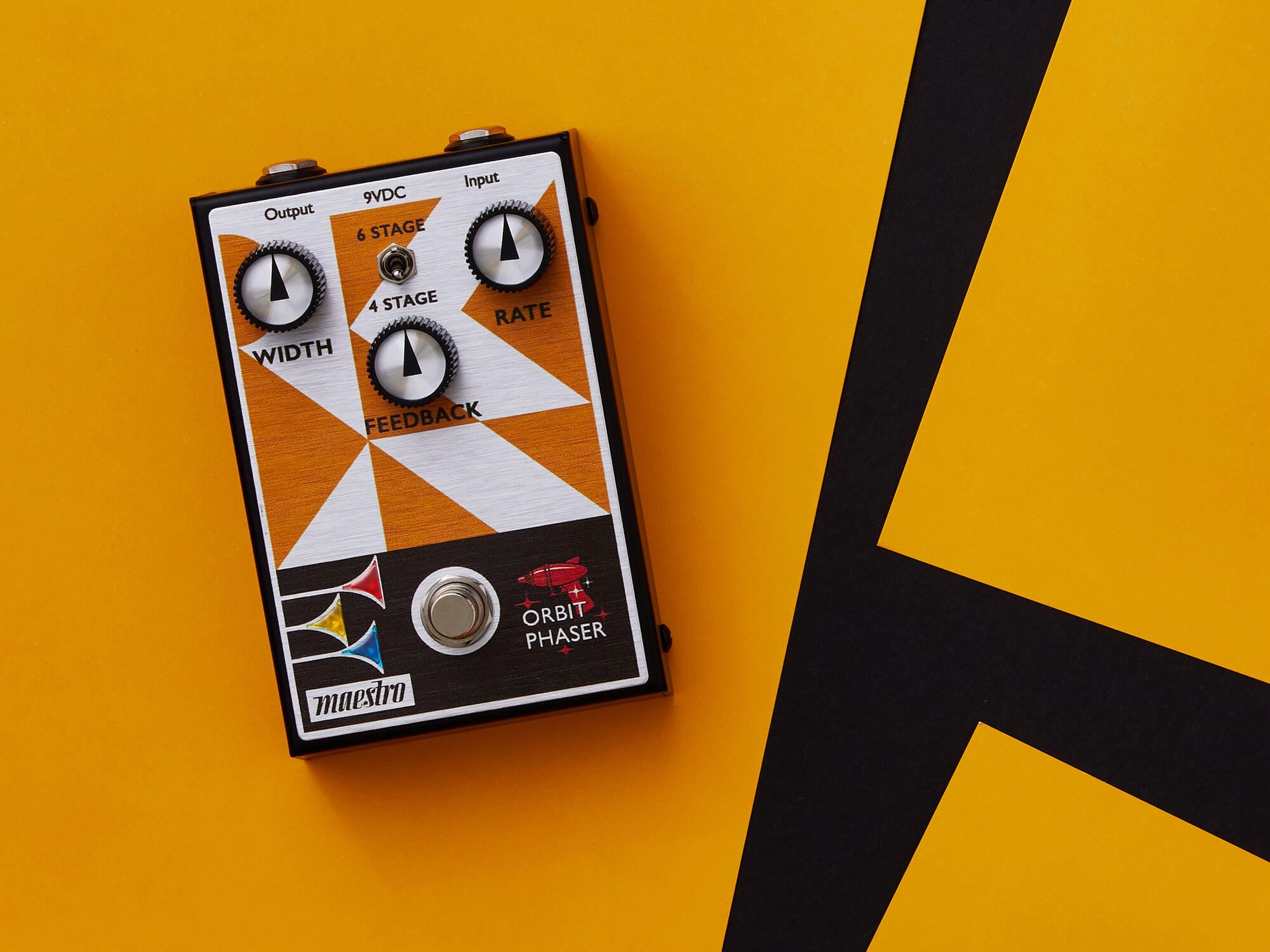 This phaser can work in either 4- or 6-stage mode, selected via the toggle switch. It also has controls for width and feedback to adjust the intensity of the effect, and a rate knob. 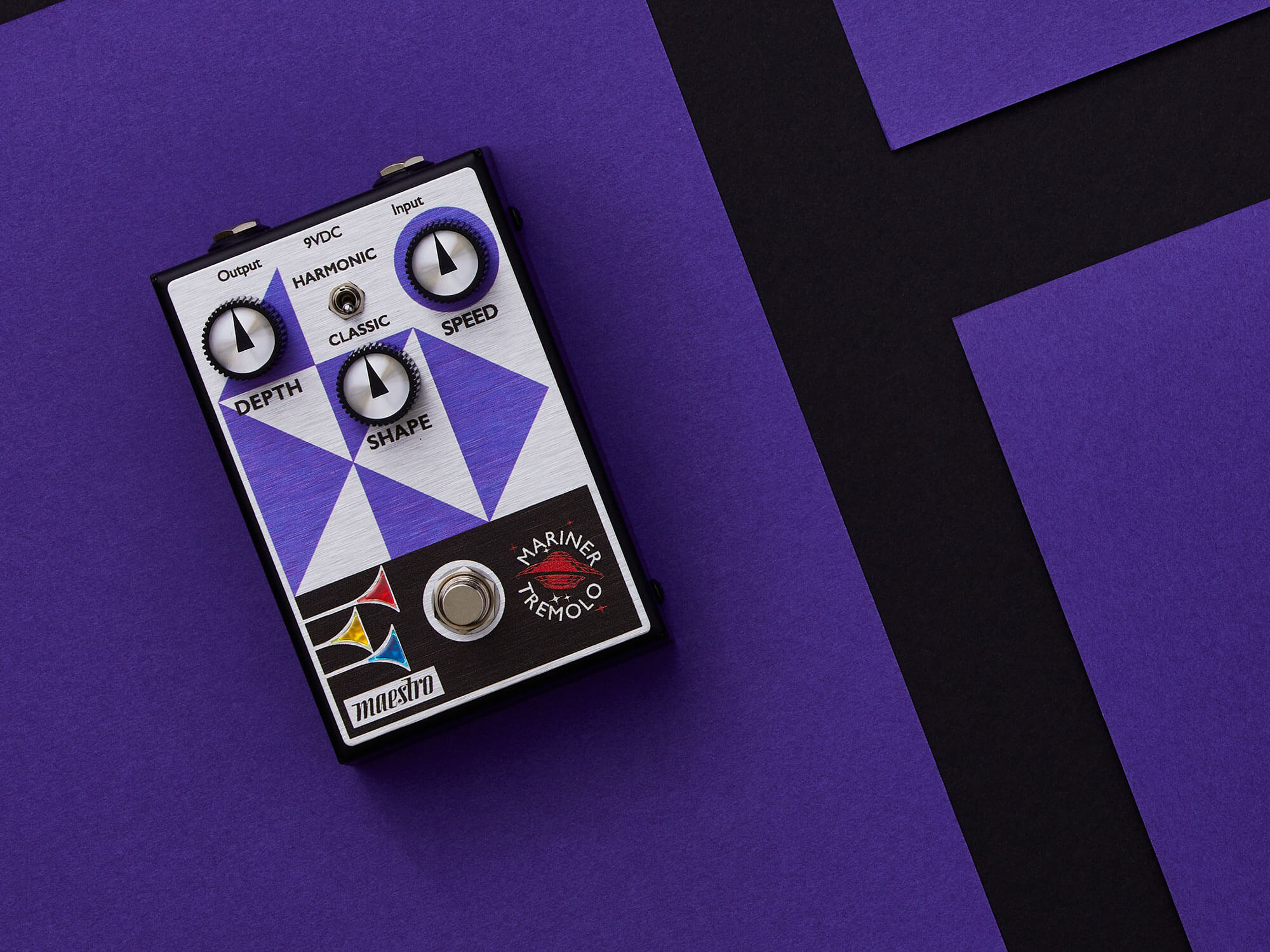 The toggle switch for the Mariner changes the pedal between amplitude tremolo and harmonic tremolo modes. The former is a standard LFO adjusting how loud your signal is, while the latter applies differing LFOs to your high and low frequencies, creating a harmonically-rich modulation that’s still distinctly a tremolo, while having shades of phaser. There are controls for depth and speed, as well as a shape control: this lets you sweep between a triangle wave to a choppier square wave. 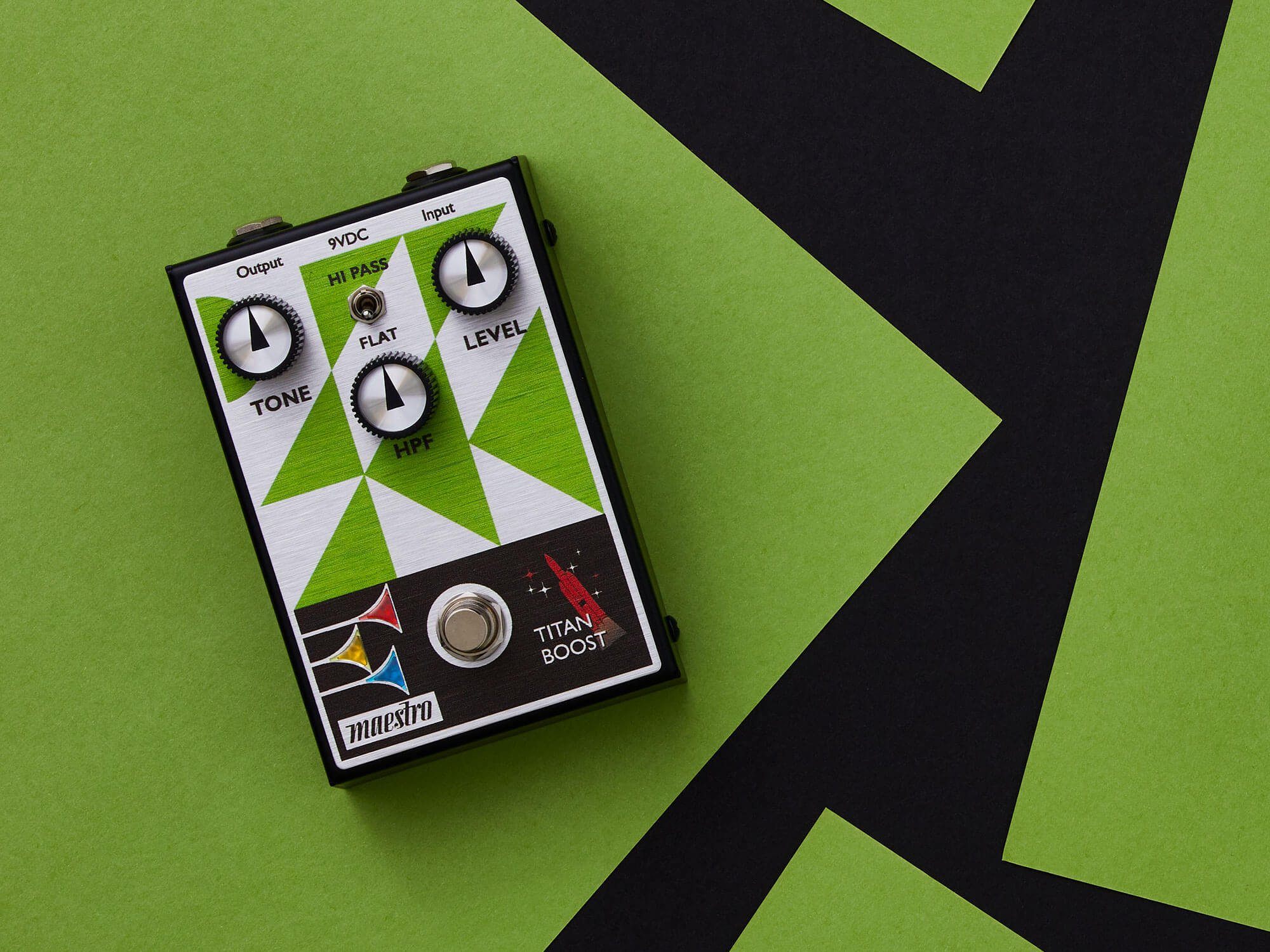 Here the toggle switch changes between a high-pass mode, and a flat mode. The flat mode is a transparent clean boost, while the high-pass mode engages the ‘HPF’ control to let you sculpt your low-end. There are also controls for both the overall treble content and level of the boost.

Hear all pedals with Gibson’s demo below.

The Orbit Phaser and Arcas Compressor Sustainer list for $149, while the MAriner Tremolo, Titan Boost and Agena Envelope Filter list for $159. Find out more over at maestroelectronics.com.