It’s less than ten inches across. 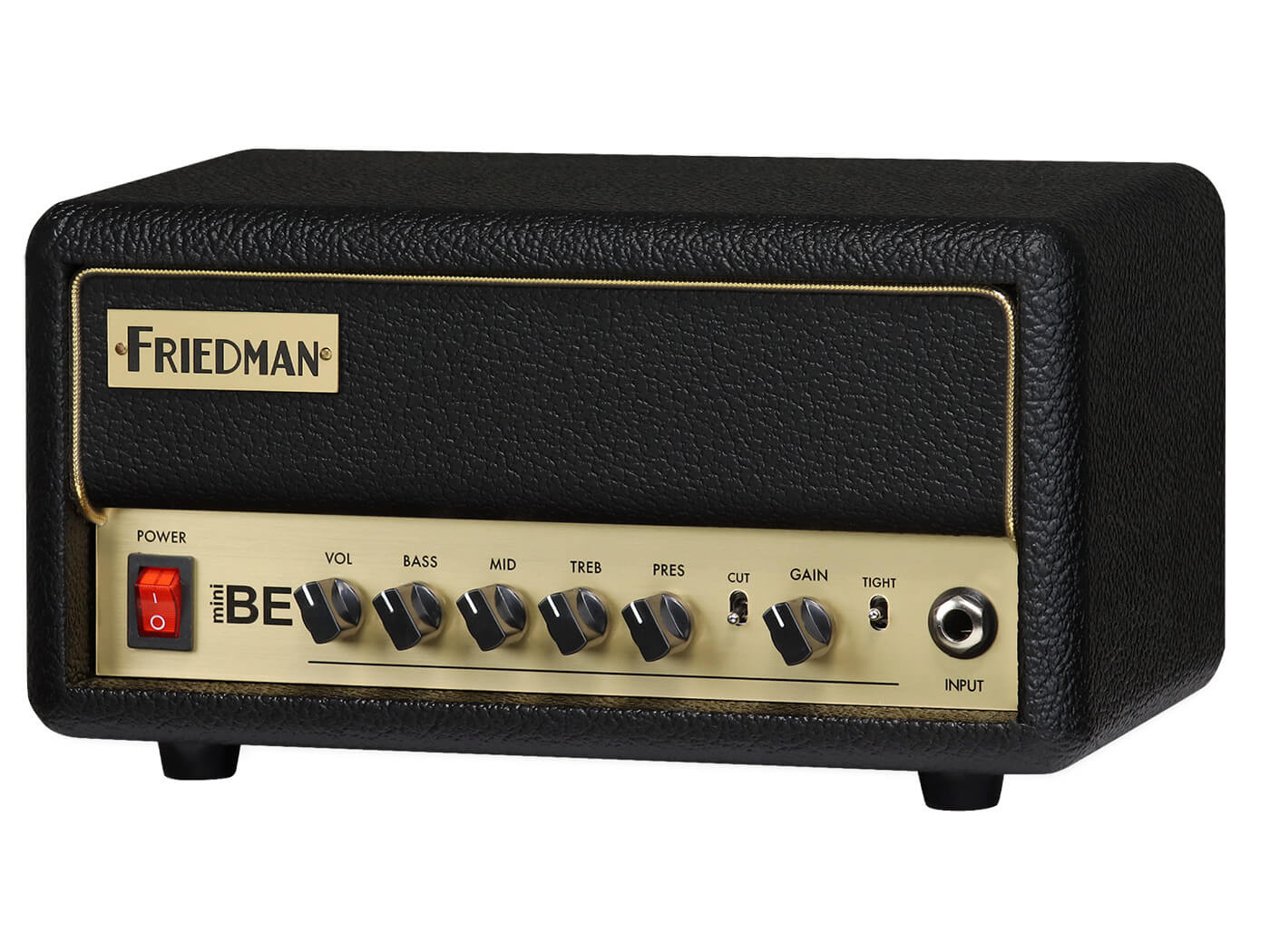 Friedman Amplification has launched the BE-MINI, a miniature amp head that packs in a high-gain ‘BE’ preamp circuit alongside a 30-watt power amp section.

The amplifier’s voicing takes after the BE-100 amplifier and BE-OD overdrive pedal, both of which were aimed at British high-gain sounds. In contrast to what’s described as “American” gain sounds, British high-gain is characterised by a less scooped midrange, thicker bass and an overall more chaotic sound and feel.

The face of the amp sports controls for volume, bass, midrange, treble, presence and gain, as well as toggle switches for ‘cut’ and ‘tight’ modes. There is only one channel, but if you want to keep time-based effects clean there’s a series effects loop on the back panel alongside the two speaker outputs.

Back in 2019, Friedman also updated the BE-100 to a deluxe version. A host of new features were added to the amplifier, including separate gain and master controls for the overdrive channels, a fresh Plexi clean channel and new tone-shaping tools. Also new is a Plexi clean channel which was inspired by Friedman’s Smallbox amp. It’s designed to clean up well, but also deliver a Plexi-style grit via the gain, volume and three-band EQ controls.

The small size also comes with a small price tag, with the amp listing for £319 / $329. You can find out more at friedmanamplification.com.