“Fuck me, what a Guitar!” – Noel Gallagher 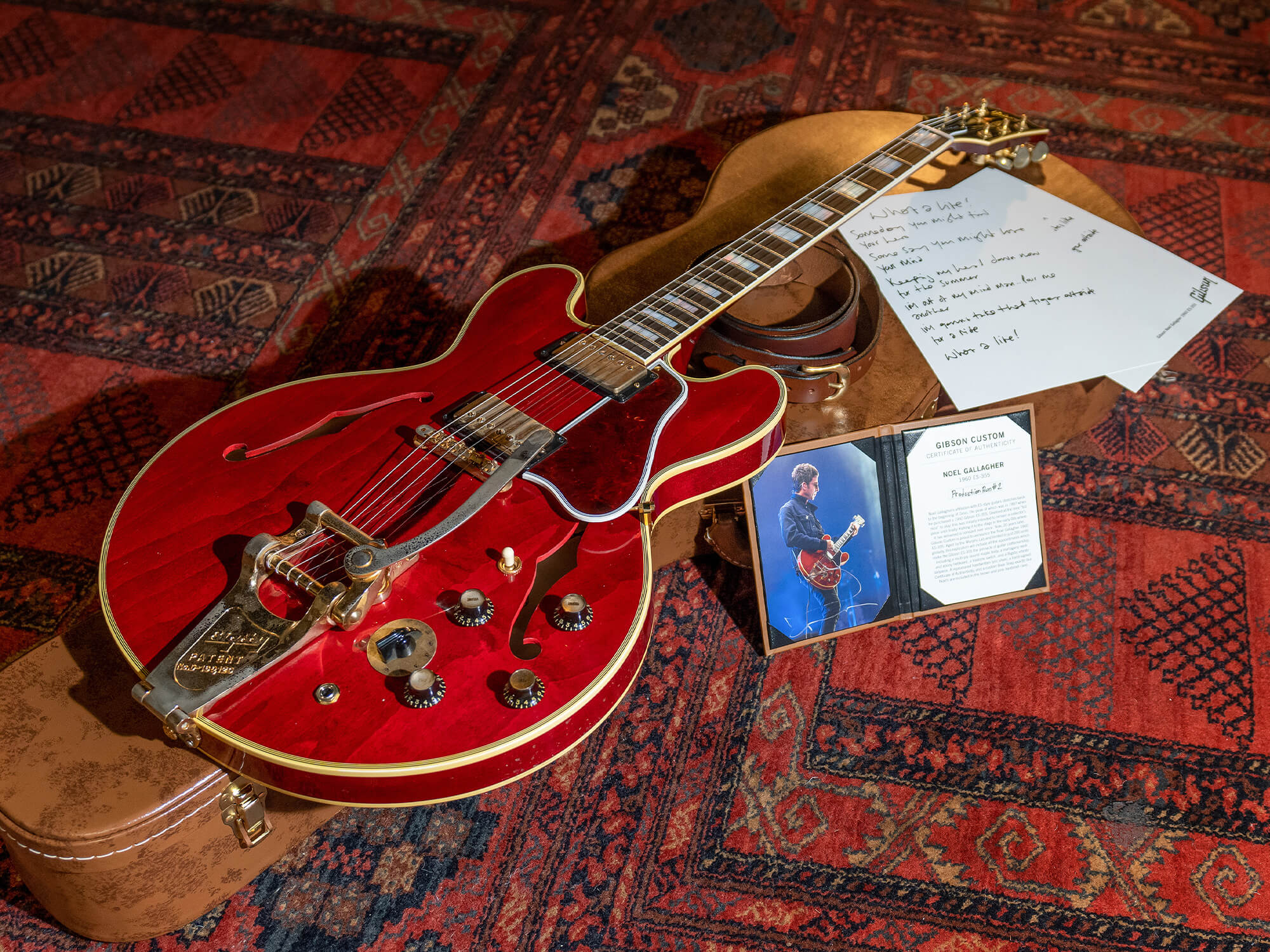 The Gibson Custom Shop has launched the long-awaited signature ES-355 for Oasis legend Noel Gallagher. The limited-run instrument features extensive historically-accurate appointments and aging carried out by the Murphy Lab.

In a press statement, Gallagher said of the recreation: “Fuck me, what a guitar!”, adding: “I’ve actually sent my main one back to storage, something I haven’t done since the day I bought it… that’s how good it is!”

Lee Bartram, Gibson’s EU head of marketing and cultural influence stated: “This is THE guitar associated with Noel Gallagher since the late 1990s – we have taken our time over the details, we have worked closely with the artist and we have produced not only a truly remarkable recreation of the original but also a beautiful instrument which can be appreciated by all. Gibson Custom continues to push the boundaries of what can be done with new guitar production, this project has been a labour of love for over 10 years, and I’m extremely proud of what has been produced by amazing artisans in Nashville.”

The guitar joins a signature Epiphone Riviera model for Gallagher, which will be a little more widely available – the ES-355 is limited to just 200 models worldwide, and lists for $9,999. The Riviera on the other hand lists for $899.

In a video filmed for the launch of both guitars, Gallagher spoke of his history with Epiphone instrument, saying: “I wanted to start playing Epiphones because of The Beatles, I didn’t know anything about guitars then. They looked good, they felt good, I could make them sound good. And I’m a songwriter, I’m not a guitar player, that’s my thing. And I’d never seen that colour before.”

He also reflected on the making of Don’t Look Back In Anger noting, “I have no recollection of writing it, except that I wrote it in Paris, that I do know.”