The iconic Gibson-owned effects brand returns to market with the Original Collection.

Gibson has revived Maestro, the name under which it released the legendary Fuzz-Tone FZ-1 pedal in 1962. Maestro returns to the world with a range of five pedals, including a variation on the fabled Fuzz-Tone.

READ MORE: The legendary Maestro Fuzz-Tone appears poised to make a comeback in 2022

The newly-launched Maestro Original Collection includes: the Fuzz-Tone FZ-M, Invader Distortion, Ranger Overdrive, Comet Chorus and Discoverer Delay. All of them share a similar physical design: There’s an angled enclosure, a nod to the slope nature of the original Fuzz Tone pedal, although the angle has been made less severe. In a slight concession to modernity, however, the controls are also placed on the pedals’ faces, rather than on the top of the enclosure.

Gibson’s senior director of product development Mat Koehler said: “Maestro was the first commercially successful pedal, it changed everything, and set the entire world of pedals and effects into motion. We’re using the distinct Maestro aesthetic to develop unique takes on each of these effects in a way that’s fun and looks back at the past, but with an awareness of what modern guitarists require. Maestro sounds are relevant to new, casual, and professional level players and everyone at Gibson felt a responsibility and obligation to revive Maestro because it’s vital to pedal history.” 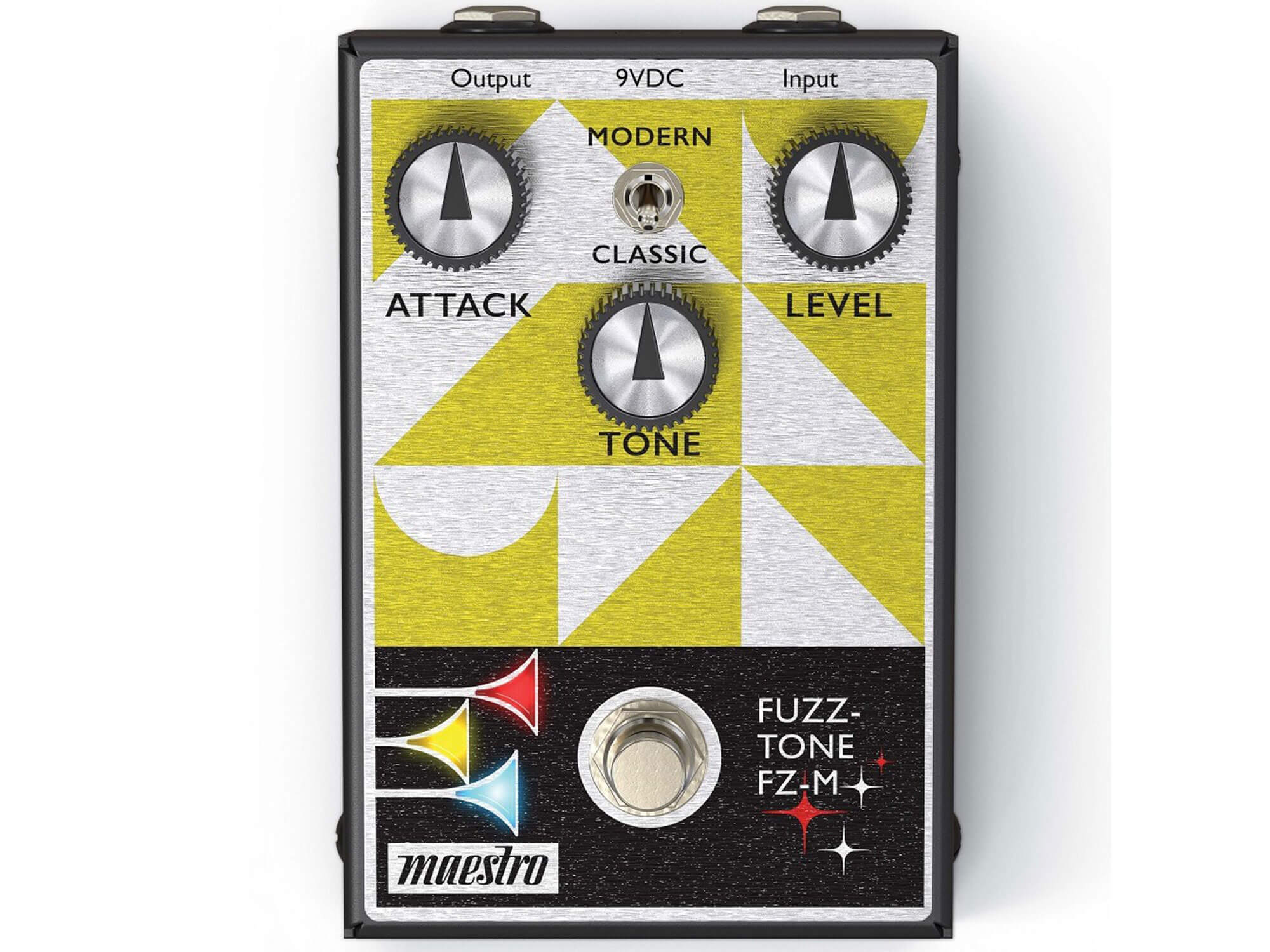 The Fuzz-Tone FZ-M is an update on the legendary Fuzz-Tone-FZ-1. When the central toggle switch is set to Classic, it offers up a sound directly inspired by the FZ-1, with the raspy, brass-like sound that made the pedal such an instant hit 60 years ago. In Modern mode the fuzz is thicker, with a slightly tweaked voicing. There are controls for attack, tone and level, with Attack adjusting the amount of fuzz. 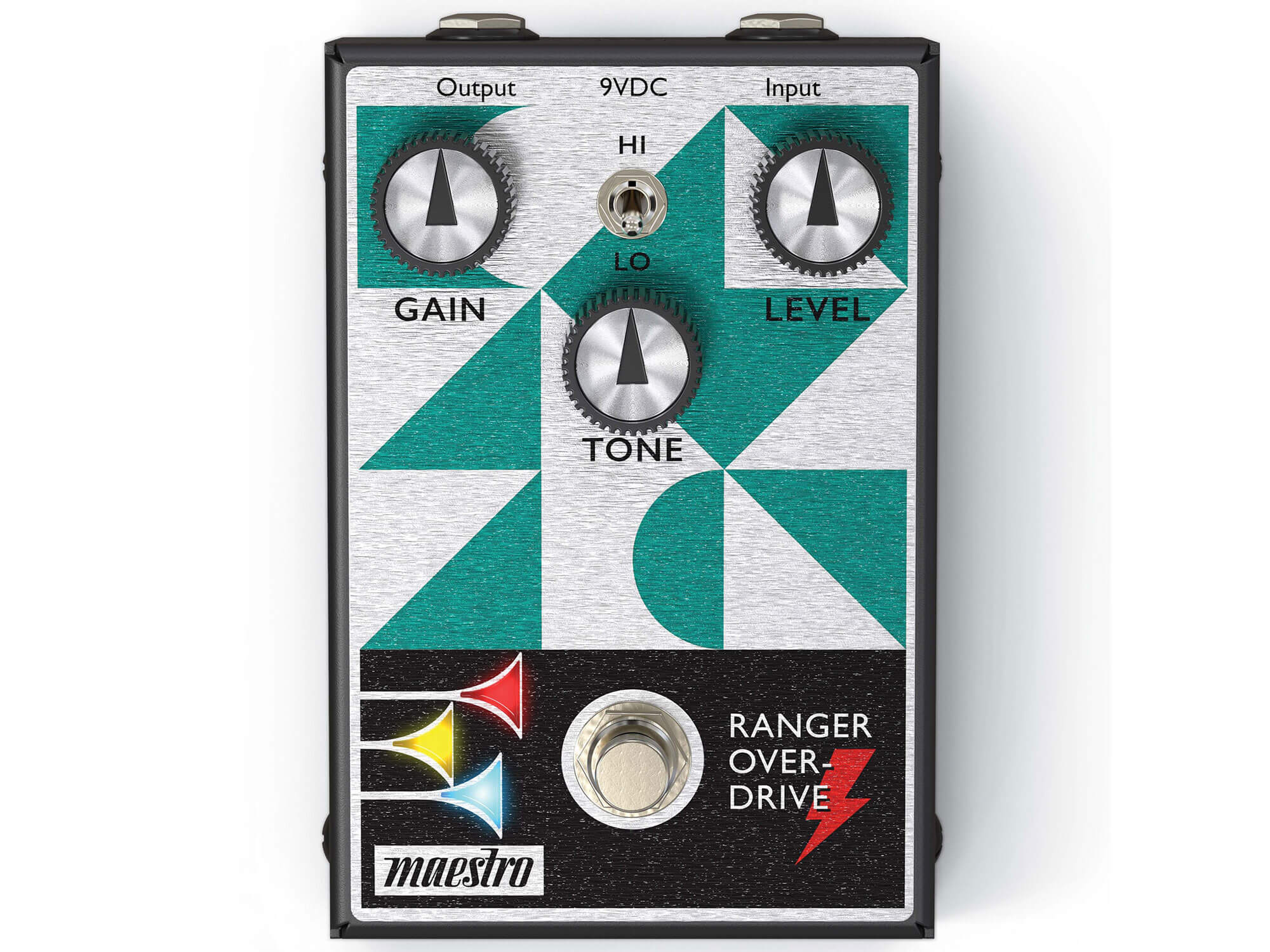 The Ranger Overdrive is a dual-mode overdrive pedal voiced after the drive sound of a vintage tube amplifier. Its mode switch chooses between a warm, expressive, amp-like overdrive and a second, more “touch sensitive” mode with slightly less distortion. This mode also blends in a little clean signal, making it handy for retaining dynamics and clarity. There are controls for gain, level and tone. 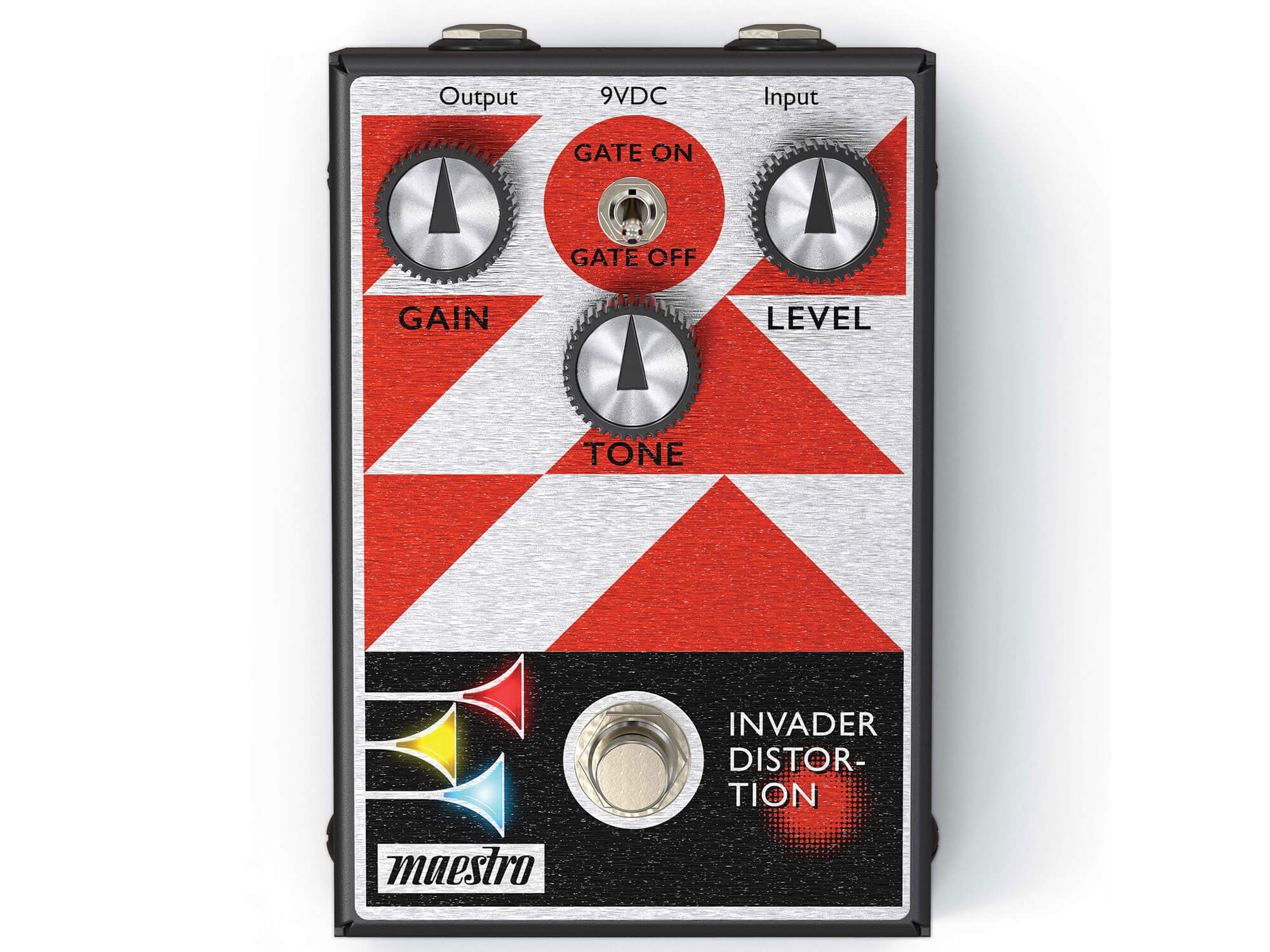 The Invader Distortion is a modern-voiced distortion pedal, offering a range of aggressive, high-gain sounds. There is also an onboard noise-gate, which can be engaged or disengaged with a toggle switch on the face of the pedal. An internal trim-pot adjusts the gate’s threshold. There are controls for gain, tone and level. 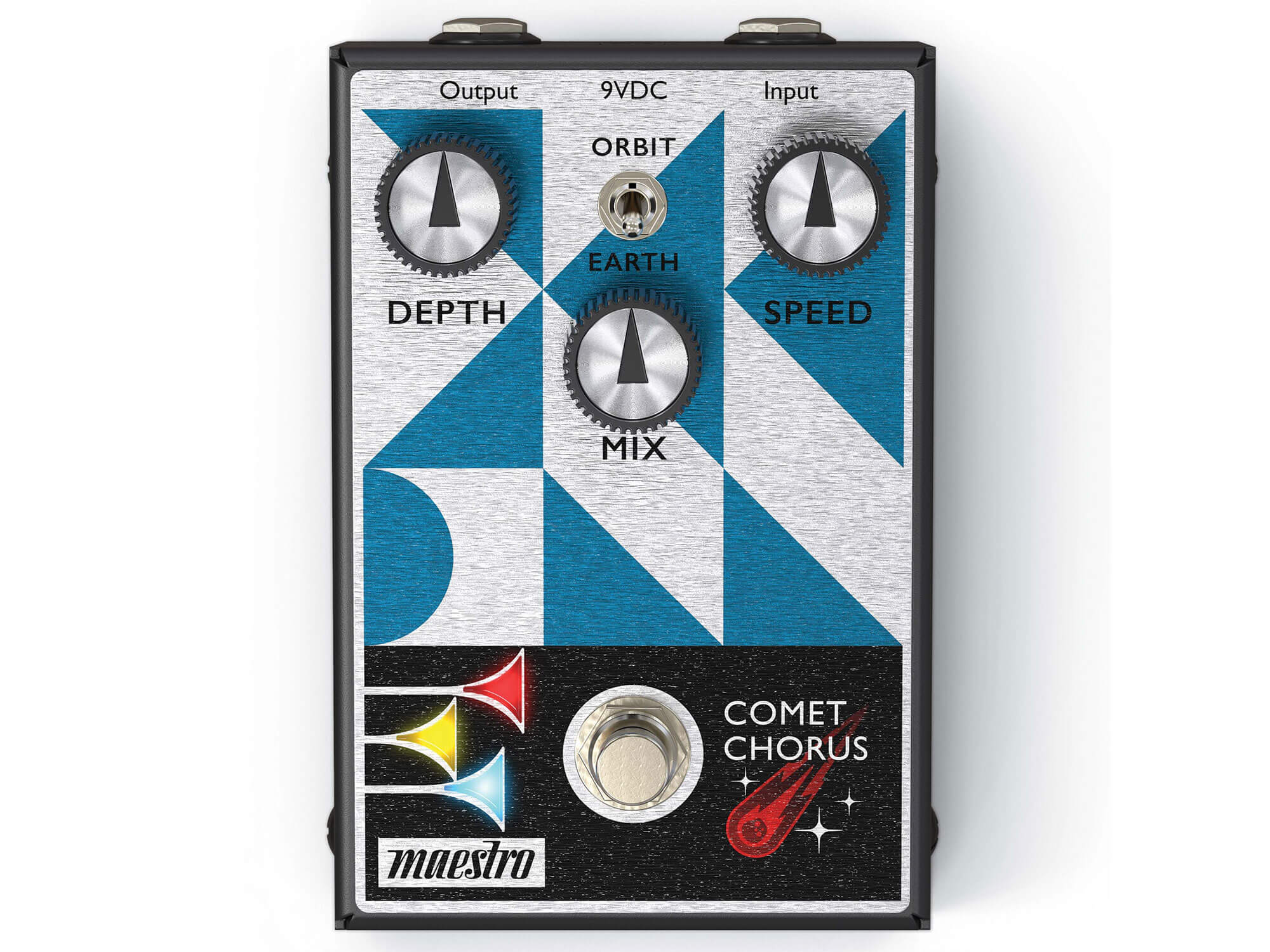 The Comet Chorus is an analogue bucket-brigade chorus pedal with two operating modes. In Earth mode, the pedal provides a cleaner chorus sound, while Orbit mode introduces a little bit of amplitude modulation into the mix. This effect can be adjusted with an internal trimpot. Other controls include a wet/dry mix knob, as well as modulation depth and speed. 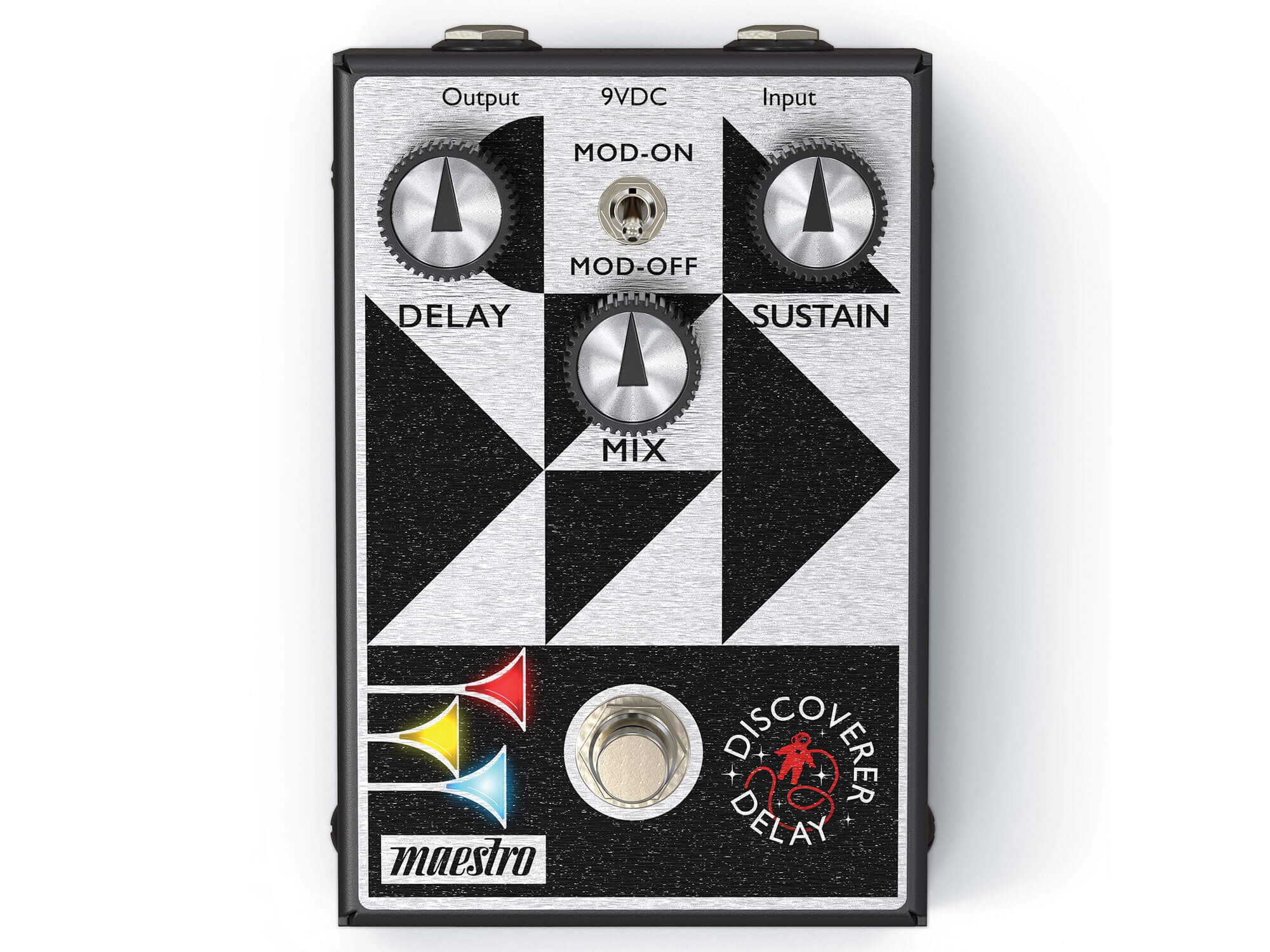 The Discoverer Delay is also fully-analogue, again making use of bucket brigade technology. Its delay time, adjusted by the Delay knob, ranges from 20ms to 600ms. The sustain control adjusts feedback, and the Mix control adjusts the presence of the wet signal.

A toggle switch engages the pedal’s modulation – this can range from slight tape-like pitch flutter to seasick modulation, and is adjusted with two internal trimpots.

All of the pedals are true bypass, and launch at the relatively affordable price-point of $149, with the exception of Discoverer Delay, which launches at $159.