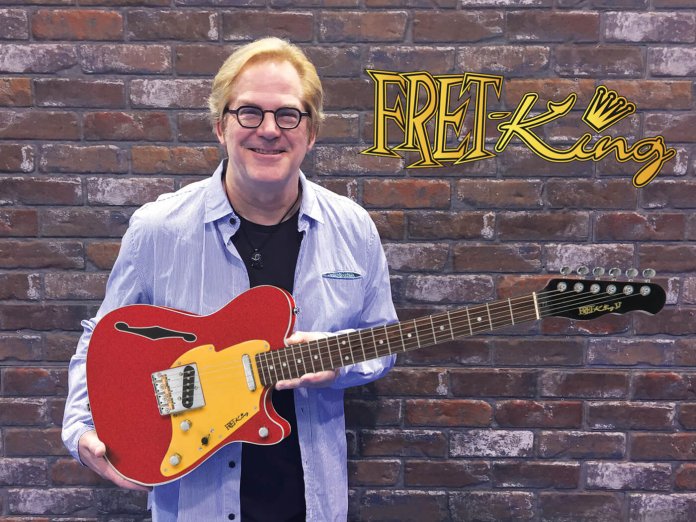 Fret-King has announced the FKV25JCAR John Jorgenson signature guitar. This is the brand’s second model for the Grammy-winning guitarist, who has worked with the likes of Elton John and Johnny Cash.

Despite a body shape identical to predecessor, this axe has a solid American alder body – rather than a chambered one – as well as a Canadian maple neck, and an Indian rosewood fingerboard.

This instrument’s pickup configuration is interesting: It’s loaded with a matched pair of specially calibrated Wilkinson WVT single-coils and two ‘ghost’ coils under the pickguard. These ‘ghost’ pups are responsible for negating hum without affecting the cherished quack and honk of single-coils – these coils are controlled via a Varicoil knob. A master tone and volume knob are the other controls on the guitar.

Wrapping up the guitar’s look is a sturdy Wilkinson WTB bridge and a Candy Apple Red finish selected by the man himself.

Retails at £999. More information at fret-king.com.