Designed to give you guitar a sturdy, finish-friendly place to hang out. 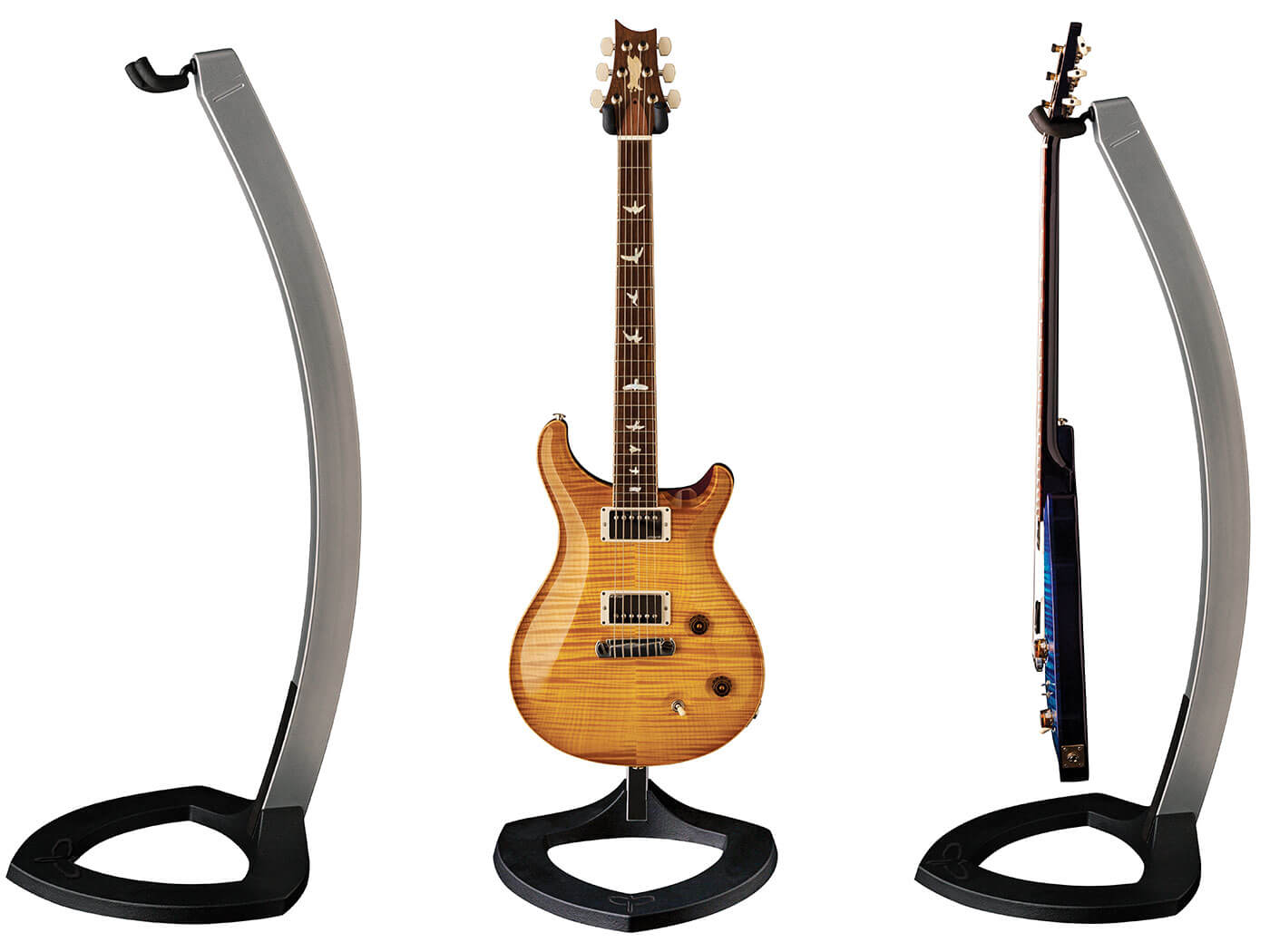 PRS has released a guitar stand with a floating design, holding your guitars only by their headstock – in the same way that wall-hangers do, rather than folding three-point stands.

The stand, in addition to a modern design that’ll fit right in next to a kitchen island or Danish chair, features a weighted, triangular base to ensure it won’t tip over. The headstock cradle is also, according to PRS, made of “nitro-friendly foam”, meaning guitars with even the thinnest finishes won’t be at risk of wearing at where they rest on the stand.

Other details include a small piece of foam on the lower part of the stand to protect your guitar’s body from dinging against it, as well as a PRS bird on the front of the base.

Take a closer look at its design with PRS’ video below.