PRS gears up for a guitar-iffic new year. 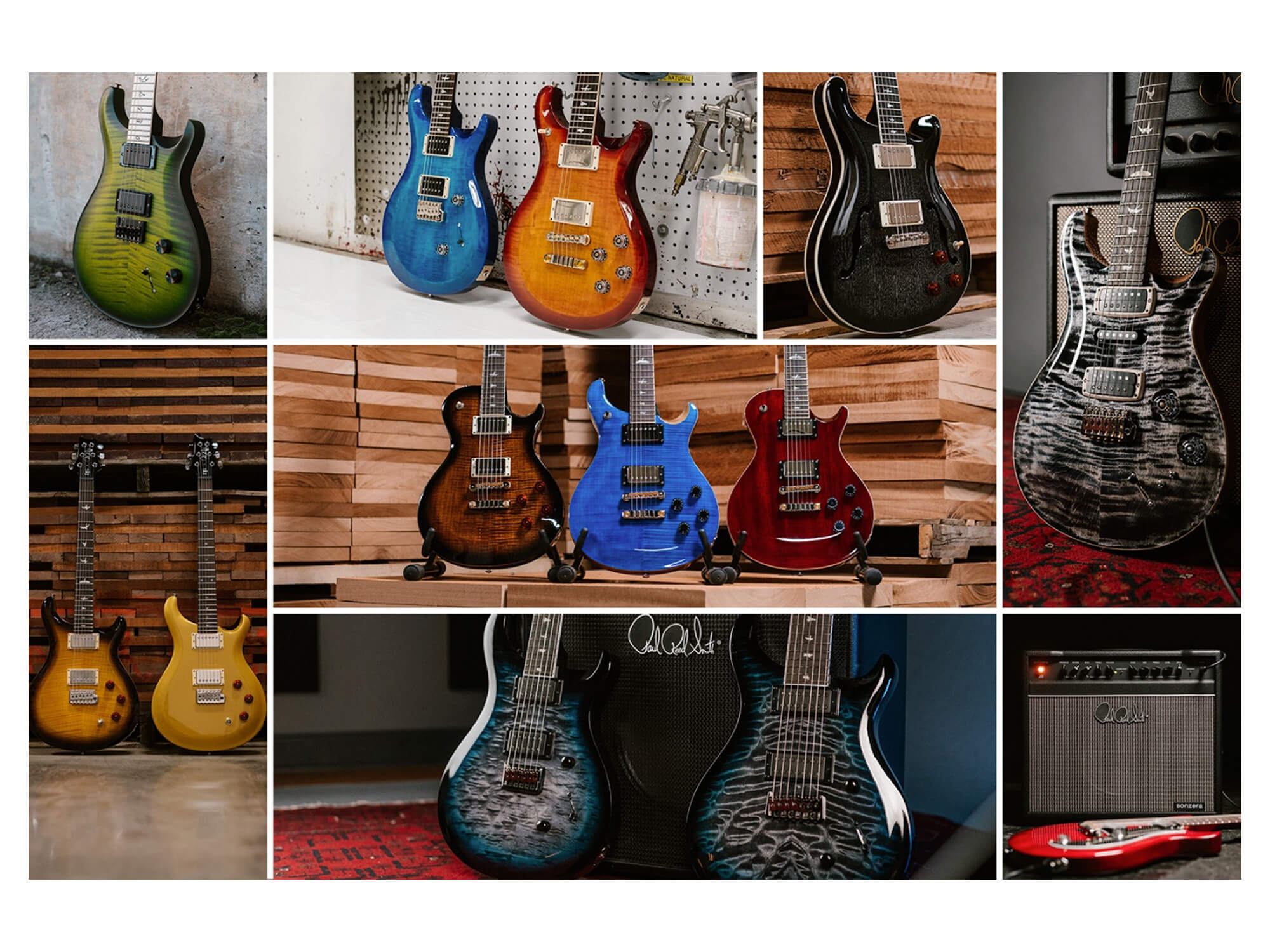 PRS Guitars has dropped a stacked 2023 announcement to kick off the year, with new and updated electric guitar models across numerous series – here’s what you need to know.

Key takeaways from the announcement include a Modern Eagle V for the Core line-up, Vintage-inspired McCarty and DGT models, updated artist models for Dustie Waring, Mark Holcomb and Zach Myers and the return of the Sonzera combo.

The PRS Modern Eagle V which, in the past was only available in limited runs, is now a Core offering. With premium tonewoods and eloquent pickup tones, the sophisticated electric guitar appears primed to represent some new highs for PRS.

There Modern Eagle V has a maple top and mahogany back, a 22-fret mahogany neck with rosewood fretboard, a bone nut and a PRS Gen III tremolo system. It has two humbuckers (TCI) and a middle single-coil pickup (NS-01), which route to a push/pull tone knob that activates both humbuckers, for accessing three pickups simultaneously. On top of that, the mini toggles let you separate individual humbuckers for true single-coil tones.

“The Modern Eagle V is a sophisticated instrument not only in its craftsmanship but in its electronic and mechanical design,” says Paul Reed Smith in a statement. “We’ve refined the pickup tones and are pleased to now add it to the Core lineup.”

“These introductions continue the SE’s recent promise to bring more PRS DNA and value into the more affordable line,” writes the brand on the new additions.

David Grissom adds, “I didn’t just rubber stamp this. This guitar is something I have been very involved in and am really proud of. The SE Series is lightyears ahead of anything I could get my hands on when I started playing – it’s amazing how far the quality has come – and I am proud to be able to offer this guitar to more people.”

The Dustie Waring signature model is getting a new Limited Edition CE that brings to the fold a satin-finished maple neck, a maple fretboard and a “slightly modified” Pattern Thin neck carve, along with a hardtail bridge. It comes loaded with Mojotone Dustie waring Gen 2 tomahawk pickups for “articulate, clear, high-output sounds.”

The signature PRS of Periphery guitarist Mark Holcomb is getting a new Holcomb Blue Burst finish and a set of new signature Seymour Duncan pickups, Scarlet & Scourge, which are said to be designed “to work with modelling amps in mind” with greater articulation.

Only 2,000 units total of the anniversary instruments will be made.

The PRS Sonzera combo is back with a sound and feel that harks back to mid-1960s American amplifiers. The 20-watt, 1×12 combo features two channels – independently selectable via a footswitch – with a gain channel that can be set to a clean boost or heavy distortion. There’s also a spring reverb and effects loop built-in as well.

PRS Amp Designer, Doug Sewell said: “The 12 to 35-watt classic American reverb amps were very inspirational to me as a beginning amp designer in Texas. I consider the Sonzera amps an homage to those early days, and it was especially satisfying and nostalgic to be a part of their development and production.

Learn more about the PRS 2023 line-up on their website.