Who doesn’t love a feature-packed amp? 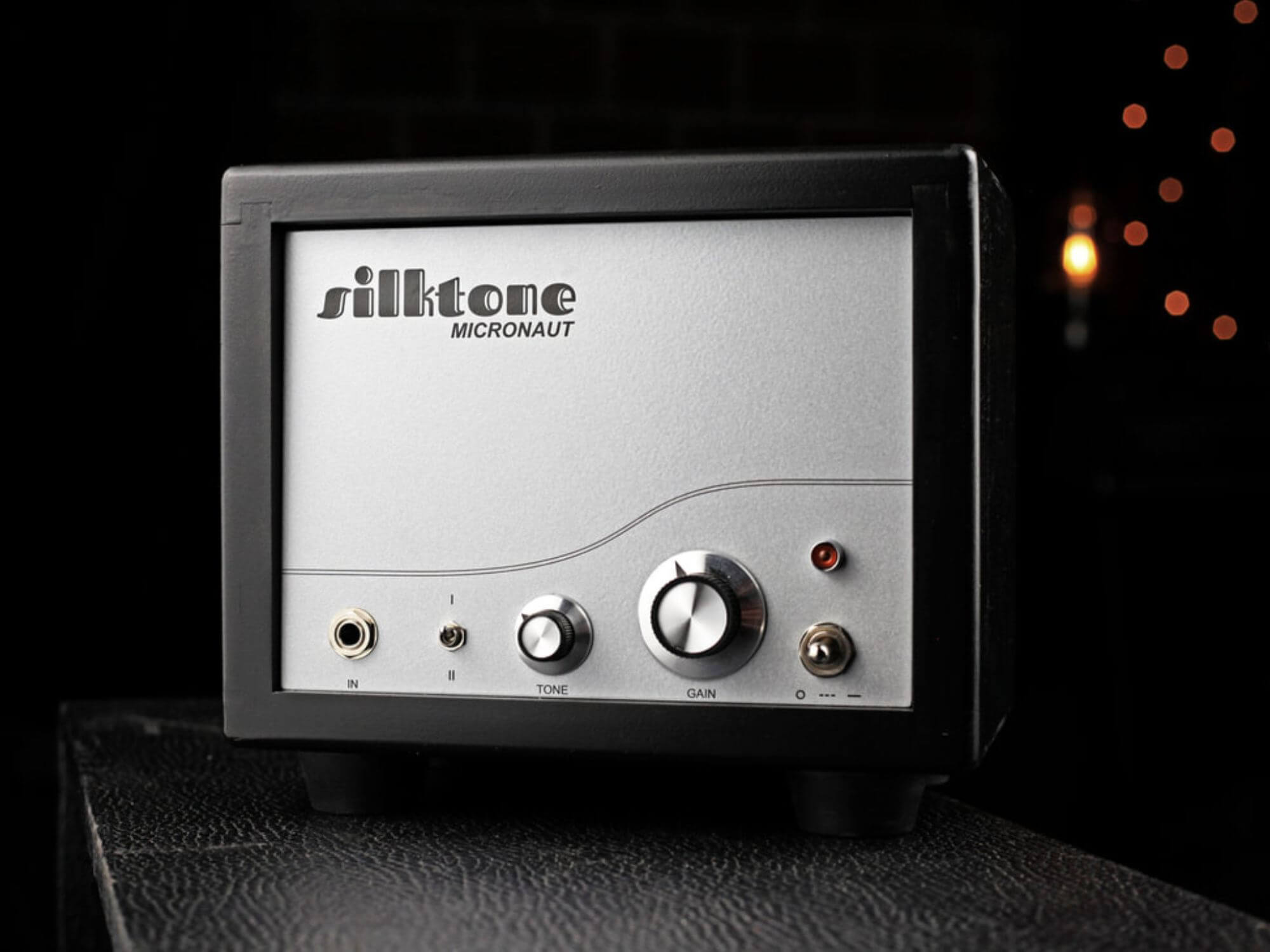 Silktone has launched the latest addition to its range of amplifiers – introducing the feature-heavy Micronaut mini tube amp.

Making its debut earlier today (17 January), this new development is the brand’s most versatile amplifier to date.

According to Silktone, not only is the Micronaut an amp but it is also a DI box, a pre-amp and a drive all rolled into one compact unit.

Impressive clean and gritty voicings come pre-installed, and the unit makes it easier than ever to sculpt a range of different tones. Here, an EQ tone control is offered to users, alongside a voice switch with two alternate options.

The first of these, listed as ‘Mode I’, is the more crisp-sounding and gentle of the two. Silktone describes this as a “very pretty and sweet” tone that is slightly scooped and has “enough headroom” to run a full pedal board.

‘Mode II’, on the other hand, is the dirtier and gritter of both settings, and alters the whole response of the amp. By blending these two using increased levels of touch sensitivity, however, impressive levels of harmonic texturing are revealed.

The most highly-regarded aspect of the amp, according to the developers, is its unique line-out. Unlike other models which are commonly taken from the preamp stage, the Micronaut instead has a dedicated winding on the output transformer. This isolates it from the rest of the signal and its own level control.

The line out works with an isolated reactive load, regardless of whether the speaker is plugged in or not. Due to this, users can get the full power drive signal and the response of the amp with all the natural EQ peaks and dips – regardless of what it is plugged into. These options can include another amp, a mixer, a DAW and a pedal chain.

The Micronaut mini tube amp is available now for $999. Find out more on Silktone’s website.