The sale of her Gordon Smith guitar will raise funds for The Deaf Academy. 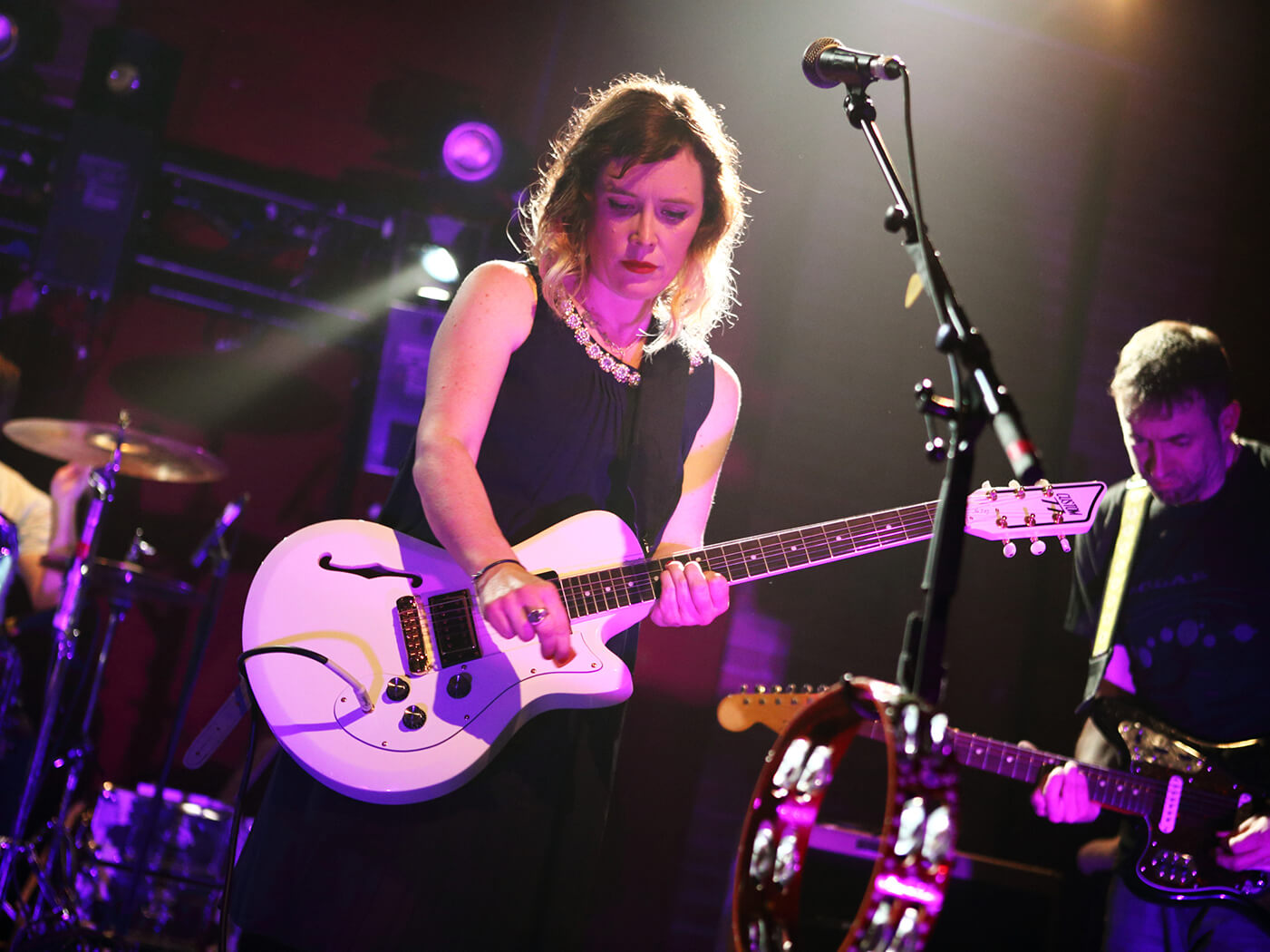 One of the icons of the 90s dream-pop movement, Rachel Goswell, is auctioning one of her most beloved guitars for charity.

The Slowdive and Mojave 3 guitarist announced on Instagram that she is parting ways with her well-worn double-cutaway Gordon Smith to raise funds for the Exeter Deaf Academy, a UK-based charity that is planning to open a new school in Exmouth, Devon for the hearing impaired. The proceeds from the auction will help foot the school’s £250,000 cost of construction.

The instrument on the block is one of Goswell’s earliest guitars. “I bought this guitar with my first lot of publishing money received when Slowdive signed to EMI in the early 90s,” Goswell wrote on Instagram, adding that the guitar has been signed by all the members of the shoegaze band. The sale will be concluded in September.

This isn’t the first time the guitarist is auctioning her gear for the Deaf Academy. In 2018, the sale proceeds from her tour tambourine contributed to the refurbishment of the Academy’s facilities.

Hearing impairment is a condition that Goswell herself has experienced firsthand. In 2006, she suffered a viral infection that left her partially deaf and unable to continue her touring duties with Mojave 3. On top of that, her nine-year-old son was born with CHARGE syndrome, which also left him deaf. Goswell has, however, since recovered well enough to tour and even record albums with Slowdive and The Soft Calvary, a new duo she formed with her husband.

Check out the guitar here:

I bought this guitar with my first lot of publishing money received when slowdive signed to EMI in the early 90’s. I’m going to be auctioning off this guitar made by @gordonsmithguitars when the summer is over to help raise funds for @deafacademy new build which is due to open in April of next year. They still need to raise £250k and are a charity so every penny counts ? Signed by everyone @slowdiveofficial Might embellish it further in the meantime tho! And if any of my musician / creative friends would like to throw something else into the auction please dm me e.g. signed used drum skins / art / jewellery