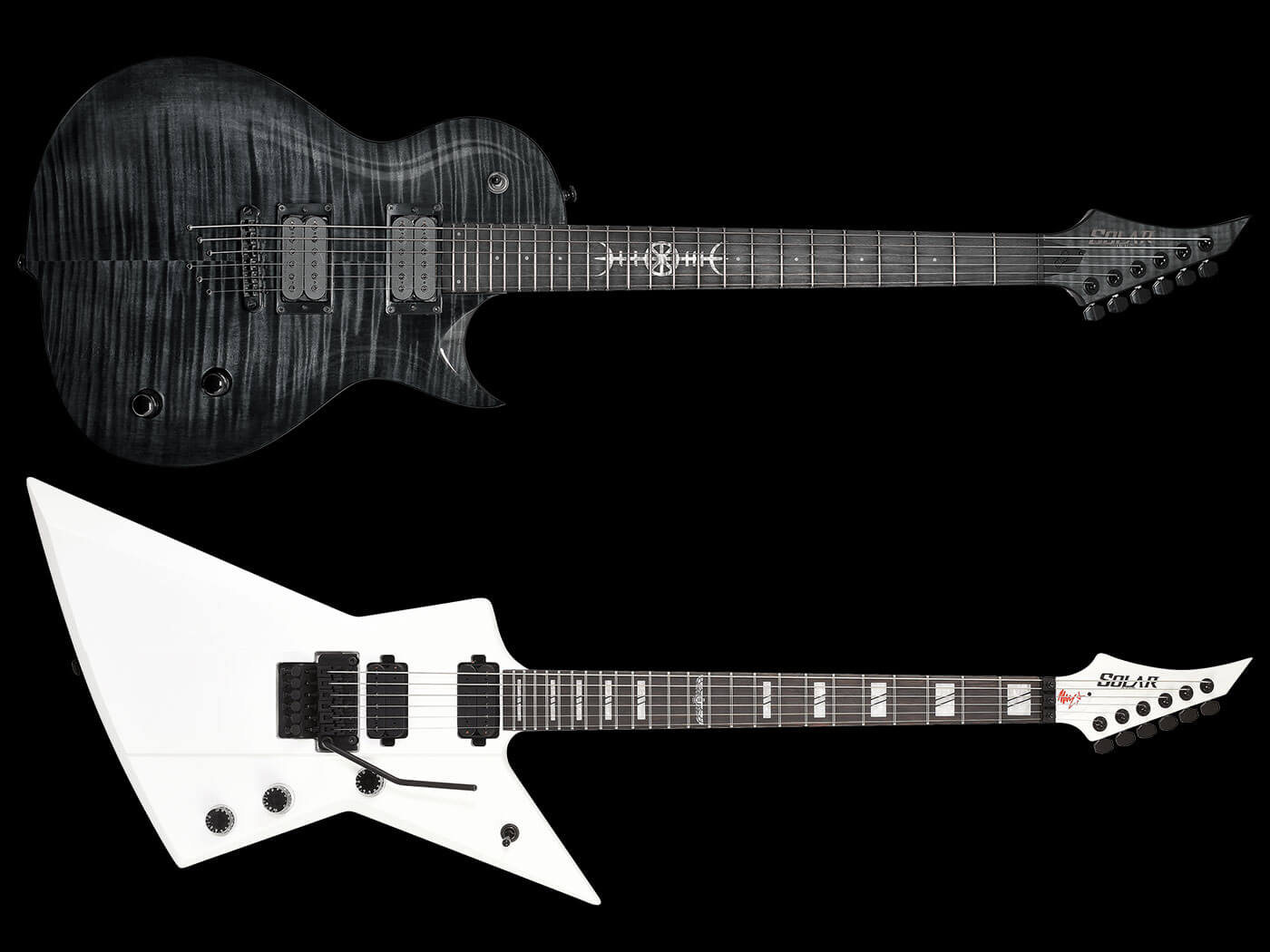 Solar Guitars has announced that two new signature models will be added to its range of artist models: Jason Frankhouser of killertonetexas and death metal outfit Martyred as well as Marzi Montazeri of thrash-groove progenitors Exhorder have both had signature models announced.

Frankhouser’s signature, the GC1.6 Killertone, is a dual-humbucker single-cut that sports some tweaks to Jason’s specs. Unlike the other entries in Solar’s G-series, the guitar is string-through, with a tune-o-matic-style tailpiece – rather than being fitted with a vibrato or a two-piece bridge and tailpiece.

The C-shaped neck is topped with a 24-fret ebony fingerboard, and ends in a reverse 6-a-side headstock for a 24.75-inch scale-length. An intricate inlay also expands out from the 12th fret.

In terms of electronics, there’s a pair of Seymour Duncan Black Winter pickups, with separate volume knobs for each. These are push/pull for operating in series or parallel. The 3-way switch is also located on the guitar’s top horn.

Montazeri’s signature, the E1.6 Priestess, follows on from the brand’s E series. It’s notably the only entry in the series to sport a vibrato tailpiece, in the form of a dual-locking Floyd Rose 1000 with a 34mm block.

The maple through-neck joins an alder body, loaded with two Duncan Solar humbuckers – directly mounted to the raised centre of the guitar. The control layout is somewhat unique, with a master volume alongside a push-pull neck pickup volume control, as well as a master tone control The three-way toggle switch for pickup selection is located on the lower horn.

The fretboard is ebony, hosting 24 frets, split block inlays and completing a 25.5-inch scale length – the first E-type to have this scale length and two-octave fret range.