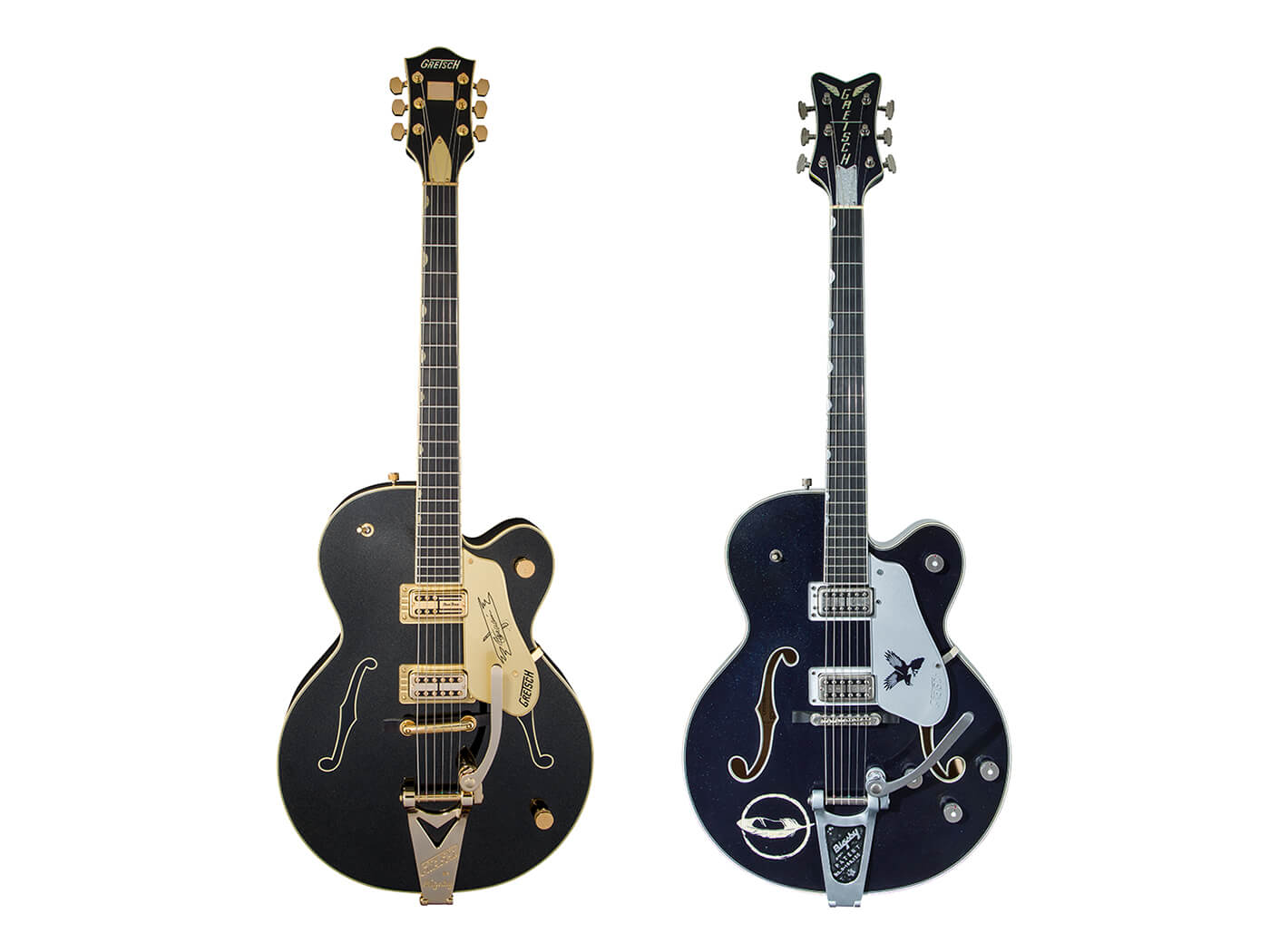 Gretsch has set its Summer NAMM 2019 plans in motion with a slew of new signature models. These include a G6120T-SW Nashville Gentleman for Steve Wariner, a G6136T-CSTRR Custom Shop model for Rich Robinson and a trio of additions to Brian Setzer’s Professional Collection Hollow Body range. Here are the details:

The axe is loaded with a pair of TV Jones pickups: A TV Classic plus at the neck and a Paul Yandell Duo-Tron at the bridge. The latter caters to fingerstylists with its ability to retain the character of treble strings. Both pickups are touted to produce articulated notes marked by “a slightly rounder top-end and a touch more output”, according to Gretsch. Both pups are wired to a master volume control and a master tone control with push/pull coil-splitting capabilities.

Hear what Wariner had to say about his new Gretch signature model:

The former Black Crowes guitarist has received a custom shop model affectionately dubbed ‘Magpie’. This stunning Falcon-style hollowbody features a three-ply maple body, a solid spruce top and a 12-inch-radius ebony fingerboard. It also boasts unique build specs in the form of a ’59-style trestle bracing, as well as a spruce block slotting under the bridge.

For electronics, Gretsch has opted for a a TV Jones Classic Plus humbucker at the bridge on top of a Broad’Tron BT65 at the neck. The latter pup is designed to produce a punchy midrange complemented by an “uncommonly smooth high-end”, according to the brand. Controls include two independent volume knobs – for the bridge and neck pickups, respectively – a master tone knob and a master volume knob with a treble bleed circuit.

Aesthetically, this axe stands out with a Raven’s Breast Blue relic finish as well as silver sparkle binding at the body and neck. It also sports two Robinson-specific touches: a Magpie logo on the silver pickguard as well as the guitarist’s “Feather and Circle” symbol carved onto the body.

Its hardware features comprise Imperial tuning machines, an Adjusto-Matic bridge with a pinned ebony base and a Bigsby B6 tailpiece.

For more info, head over to gretschguitars.com. Keep up with the latest from Summer NAMM here.