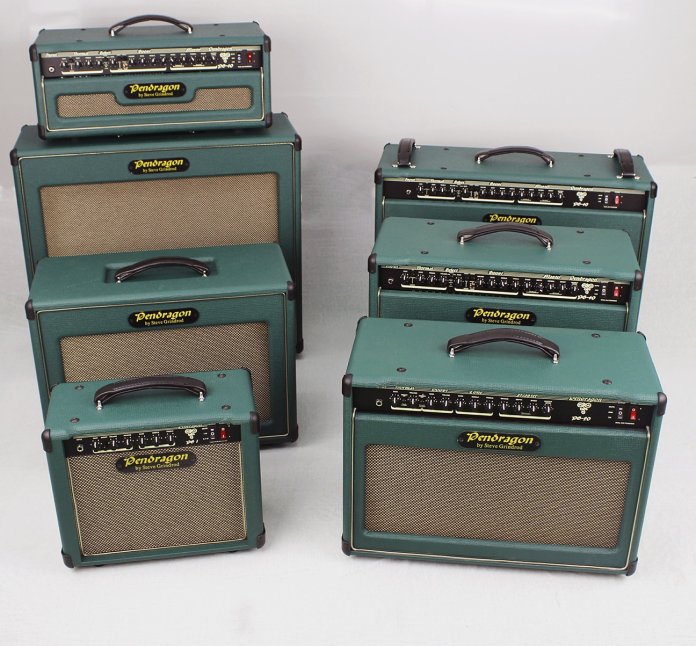 Legendary amp designer Steve Grindrod has opened up a pledge campaign to the public for a stake in his company. Grindrod is offering 20 per cent of the equity in his company via crowdfunding portal Seedrs

Steve Grindrod, Founder, Managing Director and Chief Designer of Steve Grindrod Amplification (SGA), announced that he is inviting guitarists, MI executives and music lovers to share in the ownership of his namesake brand through popular UK equity crowdfunding portal Seedrs. Grindrod is making 20-percent of the equity in his company available through the Seedrs offering.

The initial SGA range, the Pendragon series, was introduced at Music China in October 2015 and at NAMM in January 2016 and generated significant interest. Sales channels have been opened and over 50 global distributors are ready to place orders as soon as SGA initiates a planned global marketing campaign that will be funded in part by the Seedrs effort.

“For over 40 years I’ve obsessed on one thing: making guitarists sound better. The way I’ve achieved this is by listening deeply to their concerns and by becoming one with their wants and needs,” said Steve Grindrod. “Since we’re one emotionally and SGA is still a young company, I felt it would be meaningful to invite guitarists to share in the growth of my brand with me. Has a guitarist ever been able to say, ‘I own a piece of the amp brand I play?’ Now they can.”

Since Seedrs is a public platform the offer will inherently also be extended to music lovers of every kind, which is just fine with Steve Grindrod. “By investing in SGA through this special Seedrs offer guitarists and all music lovers are helping me to help them. Together we can take British sound forward.”

The SGA offering is expected to go live on Seedrs platform by the middle of June. However, SGA has set up a private link (below) to give guitarists, MI executives and MI retailers the opportunity to invest in advance of the public launch.