The instrument was purchased by RØDE founder, Peter Freedman. 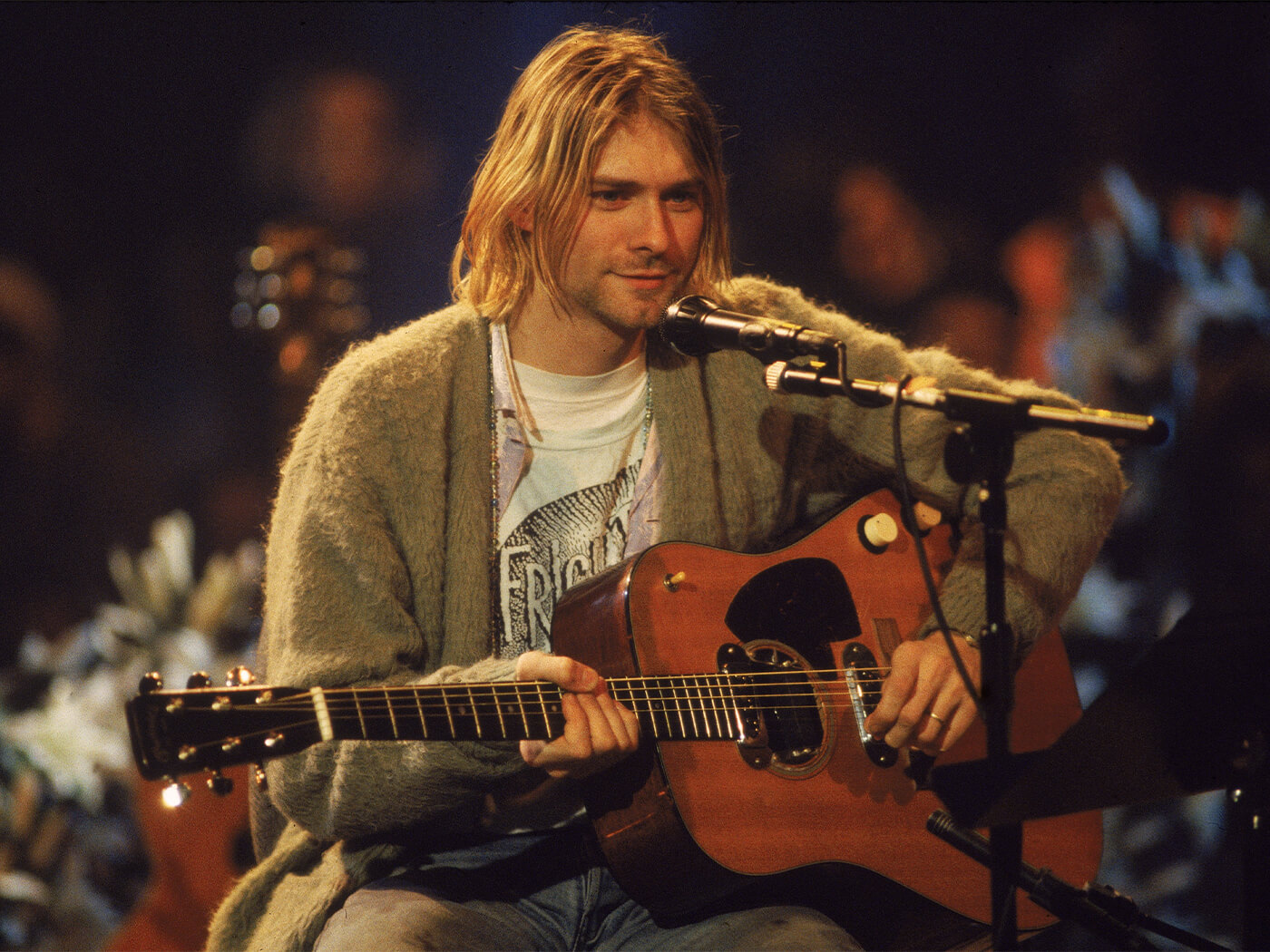 Kurt Cobain’s iconic 1959 Martin D-18E, which went up for auction last month, has a new home. Peter Freedman, founder of RØDE microphones, placed the winning bid of $6.01 million on the legendary instrument, setting the new world record for most expensive guitar ever sold.

The previous record for most expensive guitar ever sold was set by David Gilmour’s Black Strat ($3.9 million) in June 2019.

Pre-bidding on the Cobain’s heavily modified acoustic surpassed its presale estimate of $1 million even before the auction officially opened on Friday. A total of seven bids were placed, according to the Julien’s Auctions website.

In a statement, Freedman made it known that he had no intention for Cobain’s acoustic to simply hang from its mantel. Instead, the guitar will be displayed in a worldwide tour of exhibitions, with “all proceeds (including the guitar) going to the performing arts”.

“When I heard that this iconic guitar was up for auction, I immediately knew it was a once-in-a-lifetime opportunity to secure it and use it as a vehicle to spotlight the struggles that those in the performing arts are facing and have always faced,” Freedman said in a statement.

He wrote that these last few months, particularly under the strain of the COVID-19 pandemic, have revealed a “harsh reality” to those working in the arts: that they work in an industry for which there is “little support in times of need”.

“For most, access to financial and health services – particularly mental health services – is very limited,” he continued. “It’s going to take a long time before this industry can begin functioning as it was.”

Freedman hoped that his purchase of Cobain’s acoustic will go towards making a global change in how the arts are perceived.

“[The arts] are remarkably undervalued and underfunded by many governments around the world, considering their cultural and economic importance,” he said. “I saw buying this guitar as an opportunity to not only share it with music fans, but to do so in a way that raises awareness for the struggles that musicians and artists face every day, and lobby governments for change.”

Closing off his statement, Freedman gave his thoughts on Nirvana’s legendary MTV Unplugged set, calling it one of his favourite records of all time.

“They were a huge influence on me; the early-90s were RØDE’s formative years,” Freedman concluded. “Nirvana’s music was very much the soundtrack to that time in my life and that era of the company.”

Lloyd Chiate, owner of Voltage Guitars, the Los Angeles store from which Cobain had purchased the instrument, was reportedly in attendance of the auction to see the instrument off.

Chiate said that he had purchased the Martin from a pawn shop in the US South for $3,500, before selling it to Cobain for $5,000 after the Nirvana frontman visited his store several days in a row.