Listen to REM, Thom Yorke’s rendition of “E-Bow the Letter” 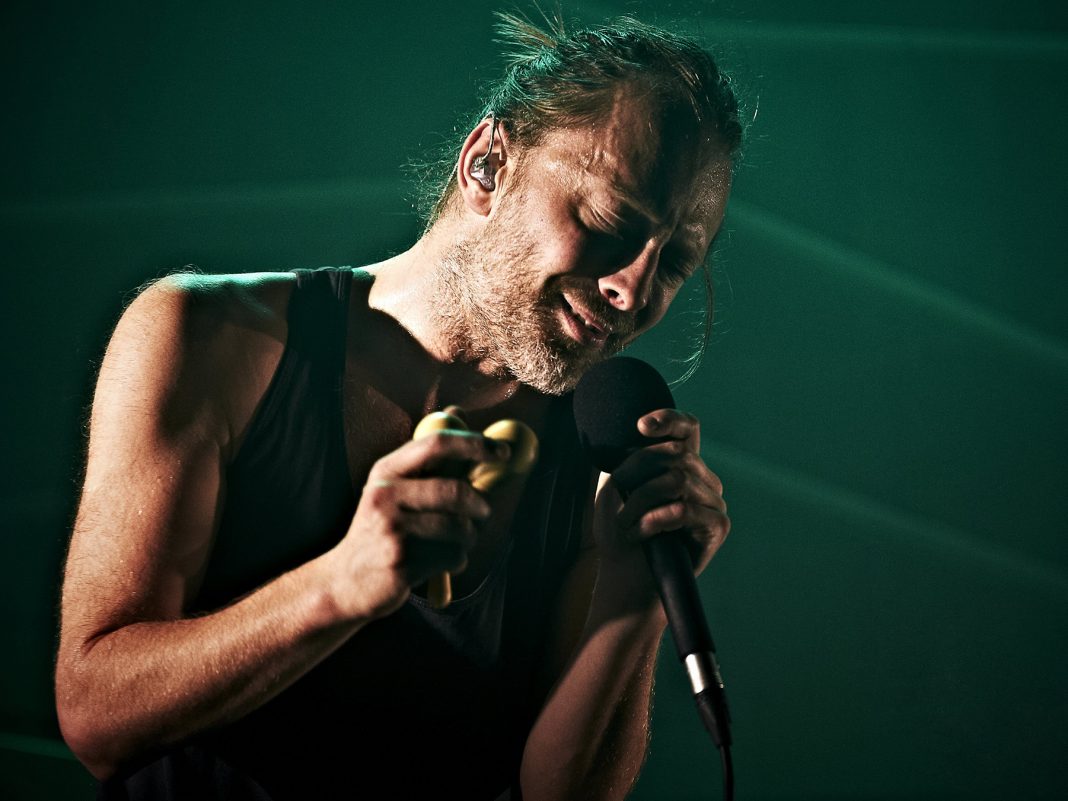 The original track was released as a single off REM’s 1996 record New Adventures in Hi-Fi and features Patti Smith on backup vocals. But in this version, recorded in 2004 at St James’ Church in London, Yorke fills in for Smith.

That wasn’t the first time the illustrious songwriter had shared the stage with REM. In 1995, Radiohead paired up with the American rockers on their Monster tour. Three years later, Yorke and REM frontman Michael Stipe performed “E-Bow the Letter” together at the Tibetan Freedom concert.

The Yorke-assisted cut is set to appear on REM’s upcoming REM at the BBC box set. It’s a sprawling release of eight CDs and one DVD that charts the rock band’s 30-year career, including a 1998 session with DJ/producer John Peel and a 2008 Live Lounge performance at BBC Radio 1.

‘REM at the BBC’ arrives October 19. Pre-order at remhq.com.