In this issue: how grunge changed guitar forever, Anna Calvi on Telecasters, and the first instalment of JHS founder Josh Scott's new column. 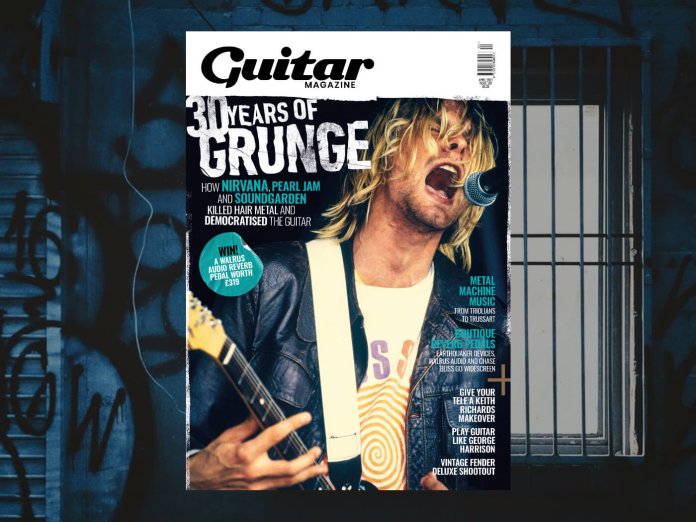 It’s no exaggeration to say that, were it not for Nirvana, I wouldn’t be typing this. I can’t claim to have been in the moshpit for their set at Reading ’91 – it was probably a little too dangerous for an 11-year-old – but when I formed a band with my friends a few years later, it was Kurt Cobain, Krist Novoselic and Dave Grohl who provided the blueprint for pretty much everything.

I’d picked up the guitar prior to the grunge explosion and, thanks to the dubious influence of older friends and family members, I was the only kid at my primary school disco asking the DJ to play Guns N’ Roses instead of New Kids On The Block. GN’R were exciting and dangerous, they sang about things I didn’t understand and my mum definitely didn’t like some of the words they used. But playing like Slash was hard. I carried on listening primarily to loud rock music but for the next few years played far less guitar and a lot of computer games instead.

Then came Nirvana – and one of the beautiful things about them was the simplicity of the building blocks they used. Of course, millions of teenage guitarists like me were soon to discover that playing their songs was a lot easier than writing material of your own that was anything like as infectious or successful. But the point was that all you needed were powerchords, a distortion pedal and a couple of like-minded friends in flannel shirts and you were good to go. And it was fun.

Like punk before it, grunge kicked the door down for a generation of musicians alienated by virtuosic muso culture and the industry benefitted from a huge influx of new players as a result. It wasn’t just about technical proficiency either; many of the main protagonists of the grunge movement also rejected the machismo and misogyny of the mainstream rock orthodoxy and worked hard to make the music world a more inclusive place. Here in 2021, there’s still plenty of work to do on that front – witness the hand-wringing in response to Phoebe Bridgers’ recent SNL performance and ask yourself whether a male artist would have generated a similar reaction – but this month we’re winding the clock back three decades to find out how grunge changed guitar forever. 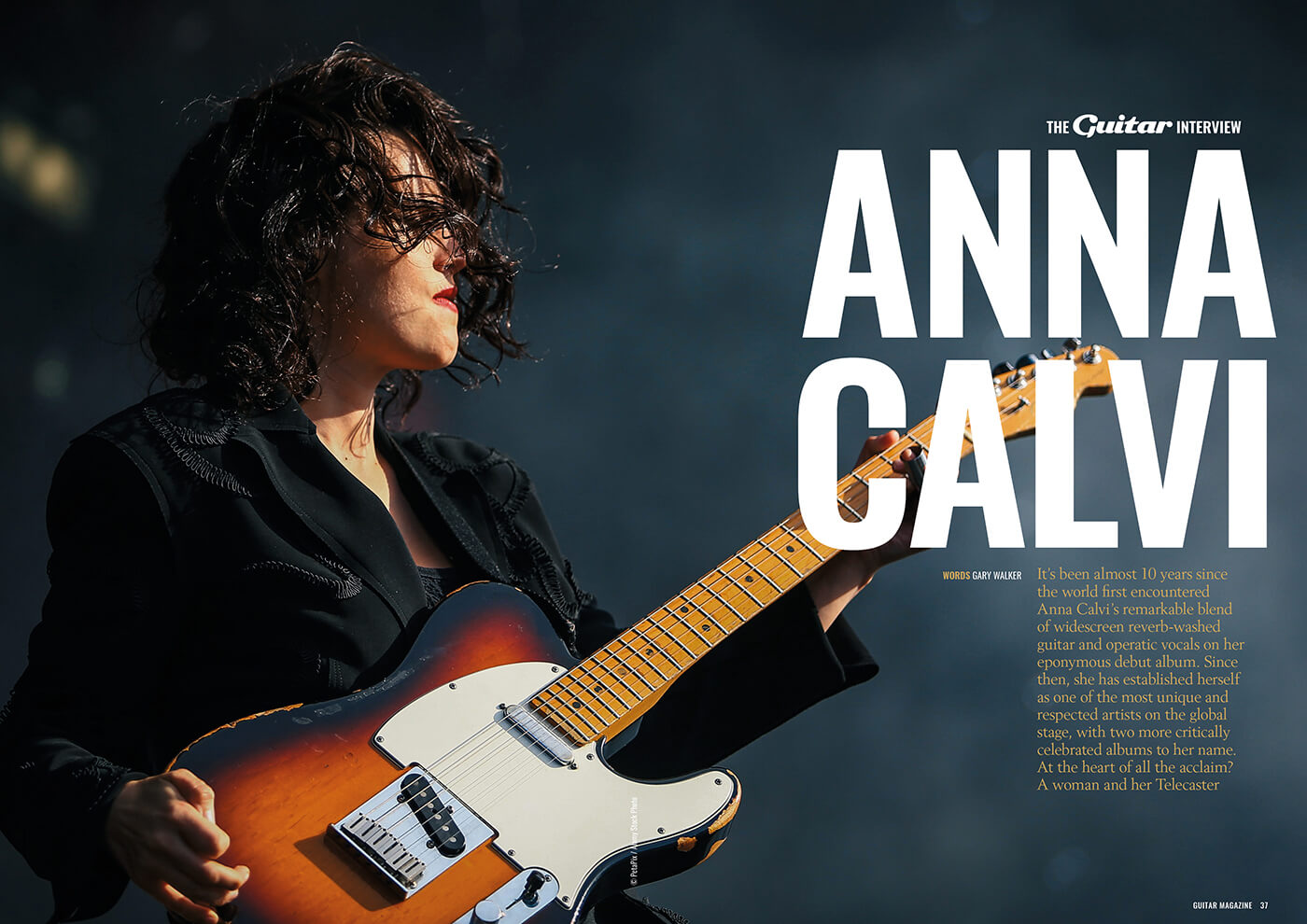 It’s been almost 10 years since the world first encountered Anna Calvi’s remarkable blend of widescreen reverb-washed guitar and operatic vocals on her eponymous debut album. Since then, she has established herself as one of the most unique and respected artists on the global stage, with two more critically celebrated albums to her name. At the heart of all the acclaim? A woman and her Telecaster. 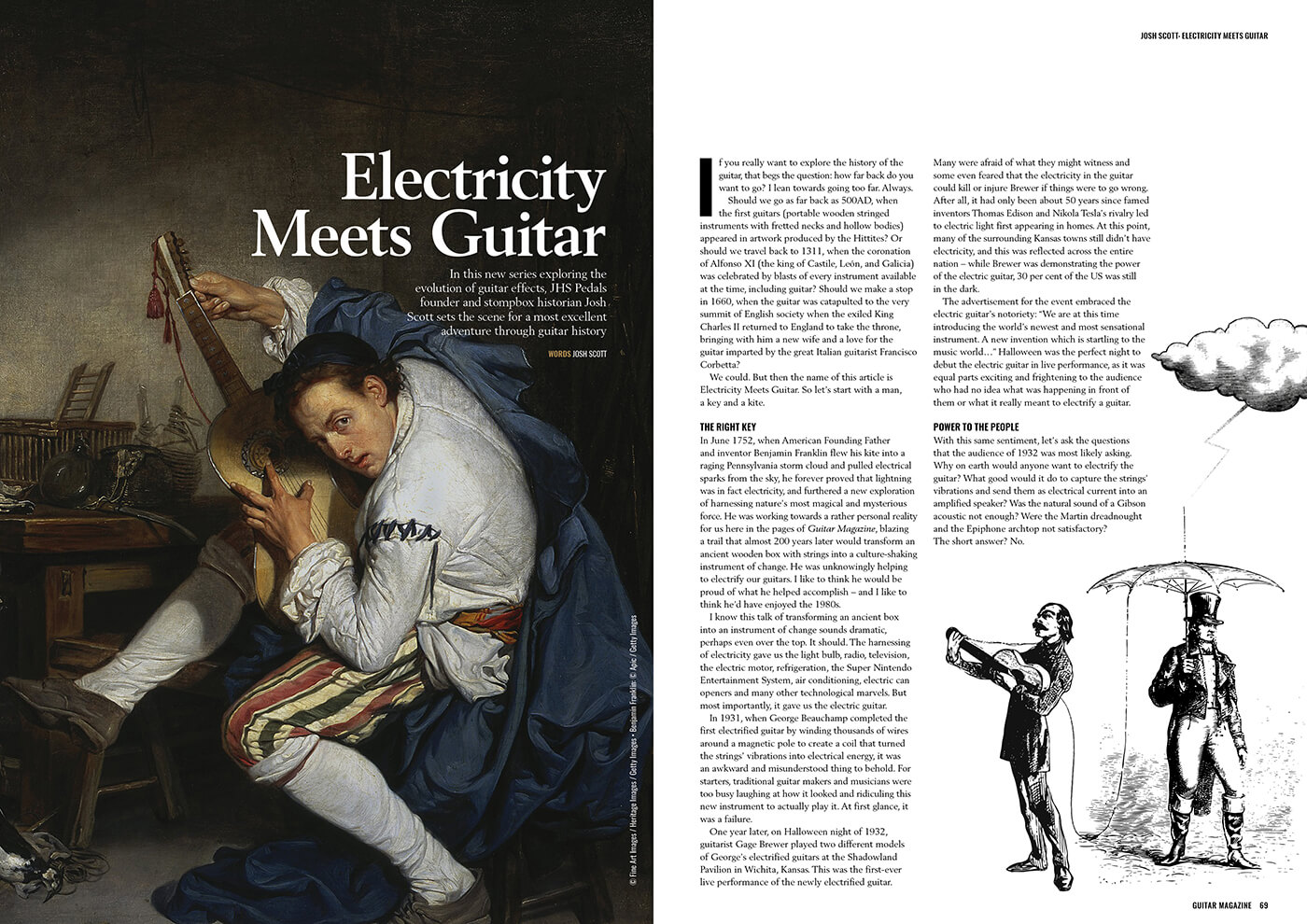 In this new series exploring the evolution of guitar effects, JHS Pedals founder and stompbox historian Josh Scott sets the scene for a most excellent adventure through guitar history.