In this issue: the Gibson Generation Collection, The War On Drugs, the Exile On Main St. Burst and Snail Mail. 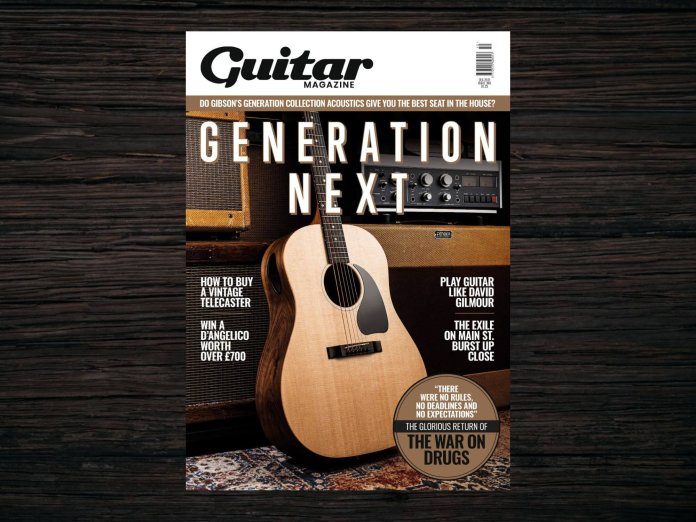 Welcome to issue 399 of Guitar Magazine. This month’s cover guitar is part of Gibson’s Generation Collection – a soundport-equipped set of relatively affordable new acoustics hailing from the firm’s Bozeman, Montana acoustic facility and inspired by a trailblazing blueprint from way back in 1964.

You can read all about them and hear them for yourself at our YouTube page but here’s the thing: if such radical ideas as acoustic guitar soundports were left on the cutting room floor during the McCarty era, what else is in the Gibson company archive?

It’s certainly fun to imagine the kinds of ideas that the likes of Ted McCarty, Leo Fender and Paul Bigsby might have explored that never saw the light of day. Did Ted and his team in Kalamazoo sketch out drawings of the first headless bass?

Meanwhile, was Leo experimenting with multi-scale guitars over in SoCal? Probably not. But the idea that they might have is no more silly than the 76lb solid brass guitar that Ibanez built for the 1979 NAMM Show in Chicago. Yes, the guitar that weighed as much as 10 Telecasters was apparently a real, fully functioning thing – look it up and prepare to be amazed.

Enjoy this month’s magazine, then, but be sure to come back next month too – it’s issue 400, after all, so you can expect fireworks. 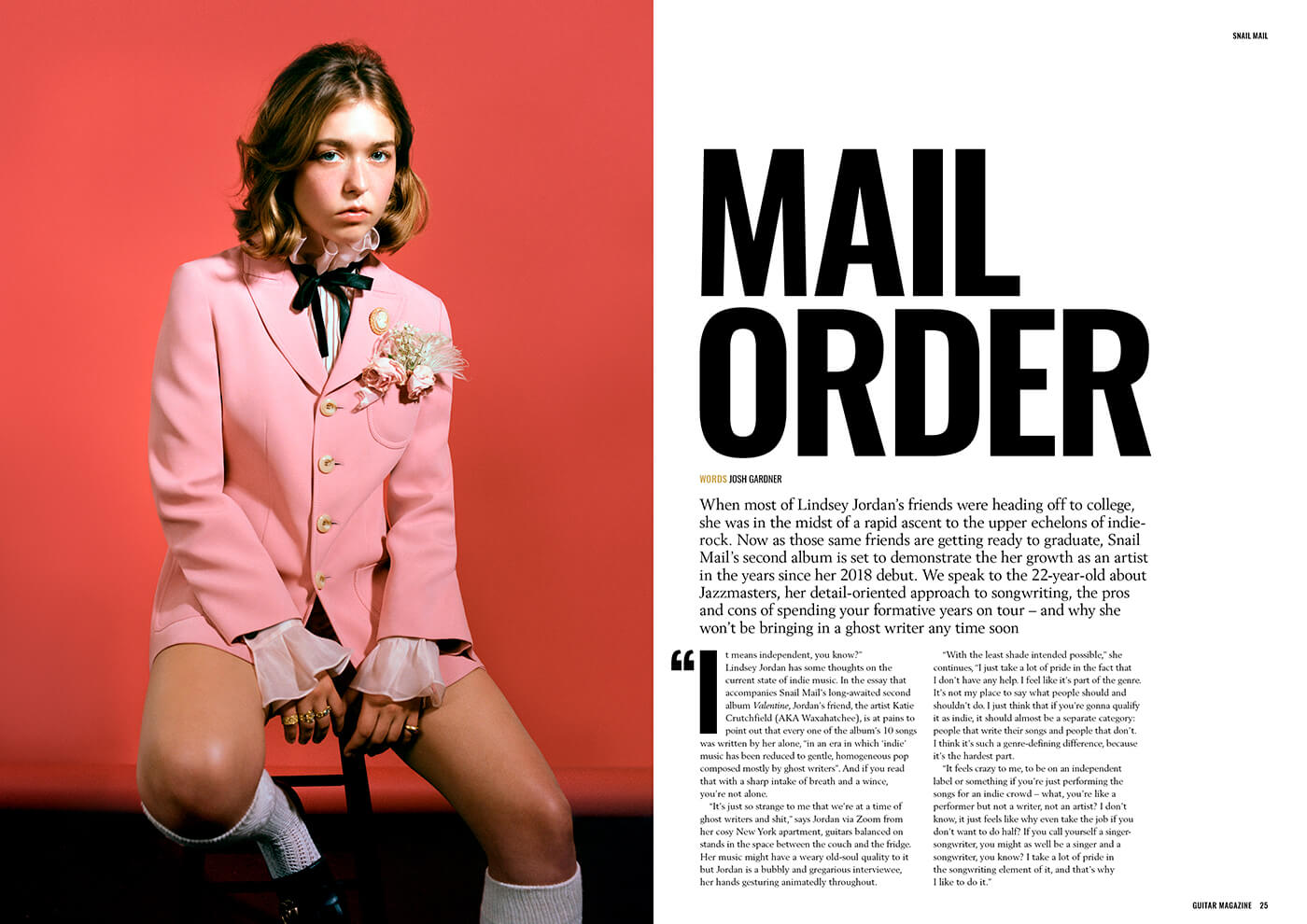 When most of Lindsey Jordan’s friends were heading off to college, she was in the midst of a rapid ascent to the upper echelons of indie-rock. Now as those same friends are getting ready to graduate, Snail Mail’s second album is set to demonstrate the her growth as an artist in the years since her 2018 debut. We speak to the 22-year-old about Jazzmasters, her detail-oriented approach to songwriting, the pros and cons of spending your formative years on tour – and why she won’t be bringing in a ghost writer any time soon. 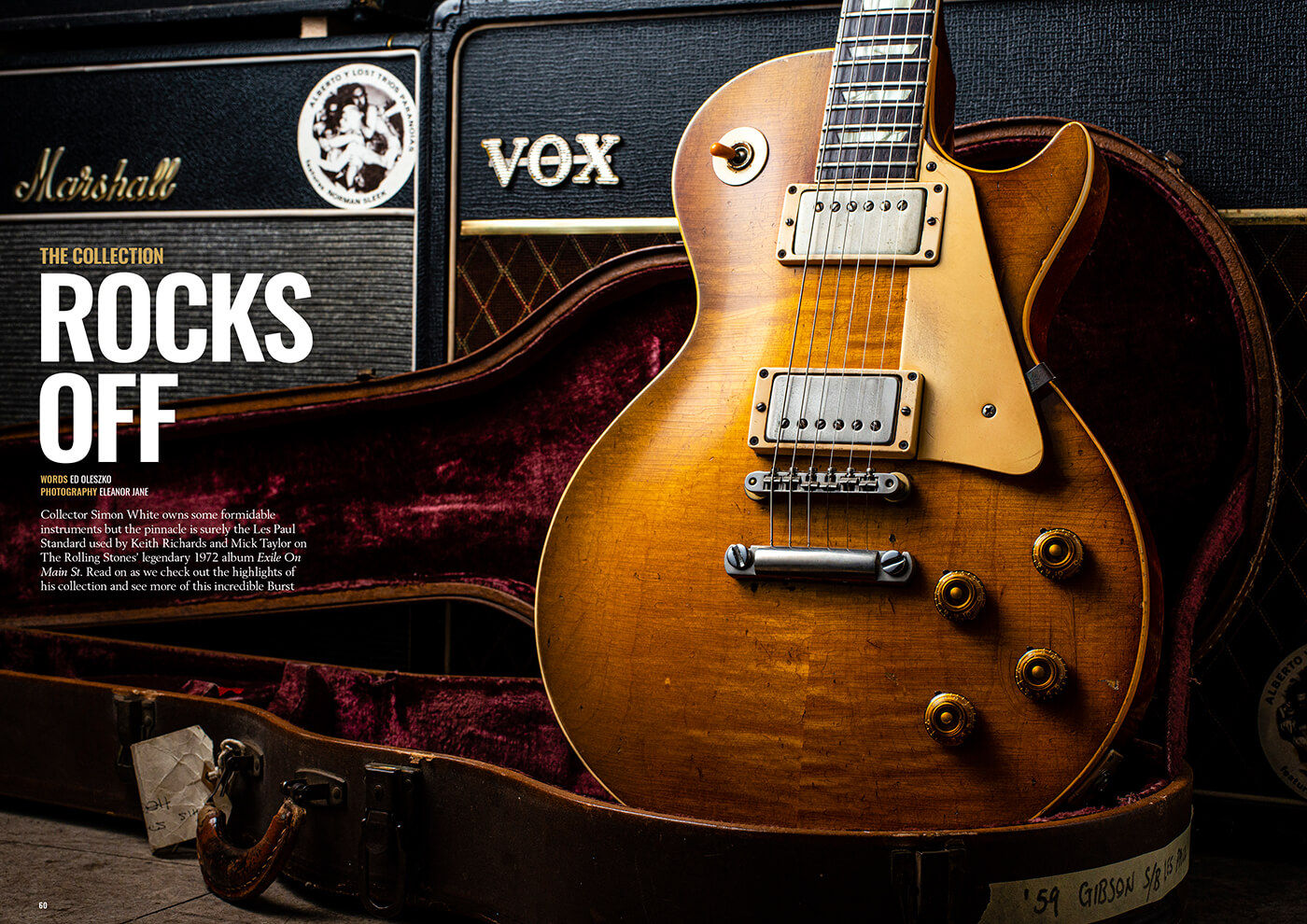 Collector Simon White owns some formidable instruments but the pinnacle is surely the Les Paul Standard used by Keith Richards and Mick Taylor on The Rolling Stones’ legendary 1972 album Exile On Main St. Read on as we check out the highlights of his collection and see more of this incredible Burst.

Brian May on Freddie Mercury’s “fantastical” songwriting: “Underneath, I think he was really pouring his heart out”

The Unwritten Future of Guitar: The rise of the multi-scale instrument

Porridge Radio – Waterslide, Diving Board, Ladder to the Sky review: post-punk for the end of the world