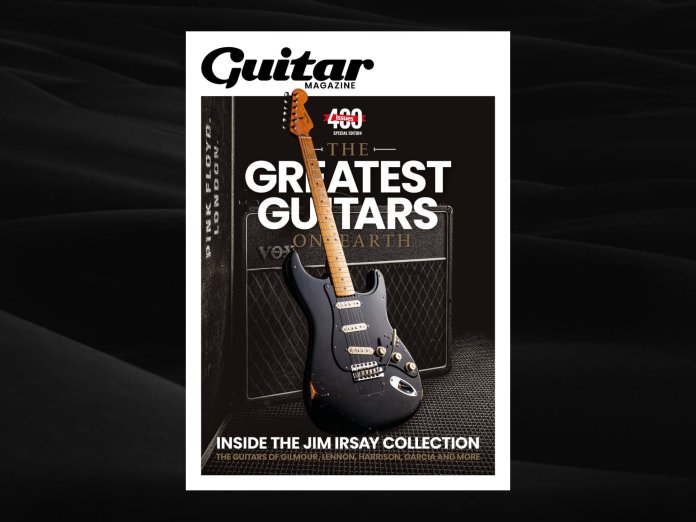 Welcome to the 400th and final print edition of Guitar Magazine. On its launch back in 1991, with the tagline “Bringing the guitar into the nineties” and Johnny Marr as the cover-star, this title represented a genuine alternative to the other voices in guitar journalism. In recent years we’ve worked hard to recapture that spirit and produce a magazine which, in addition to being filled with expert words and beautiful images, is as inclusive and richly diverse as the global guitar community it celebrates.

Although writing the final editor’s letter for this title is tinged with sadness, I hope you’ll join us for the ride at Guitar.com where you’ll find all of the great content that you love reading every month and so much more besides, as we divert our energy and resources into making our digital platform the number-one destination for guitarists of every level.

Since taking over as editor in 2015, there have been far too many memorable moments to list here and I’ve been lucky enough to work alongside some incredibly talented people and meet some of the world’s leading guitarists and guitar makers. But putting together this month’s cover story will be hard to top. Encountering instruments owned and played by the likes of Bob Dylan, John Lennon and George Harrison is something I’ll be processing for a long time to come, but you can read all about it on p64 as we get up close with the greatest guitar collection on earth.

On behalf of the Guitar Magazine team, I’d like to thank each and every one of you for supporting us in print over the years. This isn’t the end, it’s the start of an exciting new era. Have a wonderful holiday season and a happy new year. 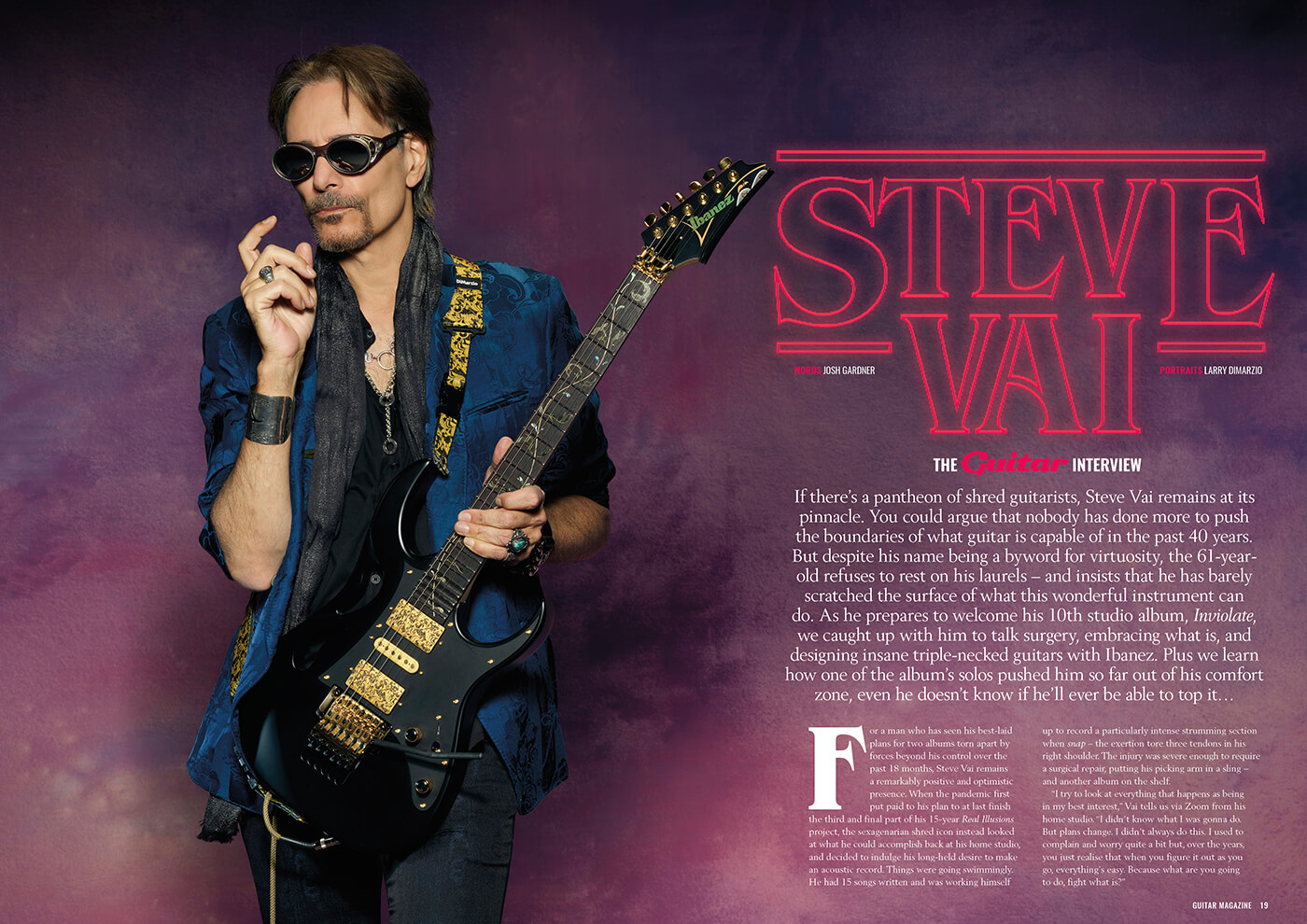 If there’s a pantheon of shred guitarists, Steve Vai remains at its pinnacle. You could argue that nobody has done more to push the boundaries of what guitar is capable of in the past 40 years. But despite his name being a byword for virtuosity, the 61-year-old refuses to rest on his laurels – and insists that he has barely scratched the surface of what this wonderful instrument can do. As he prepares to welcome his 10th studio album, Inviolate, we caught up with him to talk surgery, embracing what is, and designing insane triple-necked guitars with Ibanez. Plus we learn how one of the album’s solos pushed him so far out of his comfort zone, even he doesn’t know if he’ll ever be able to top it. 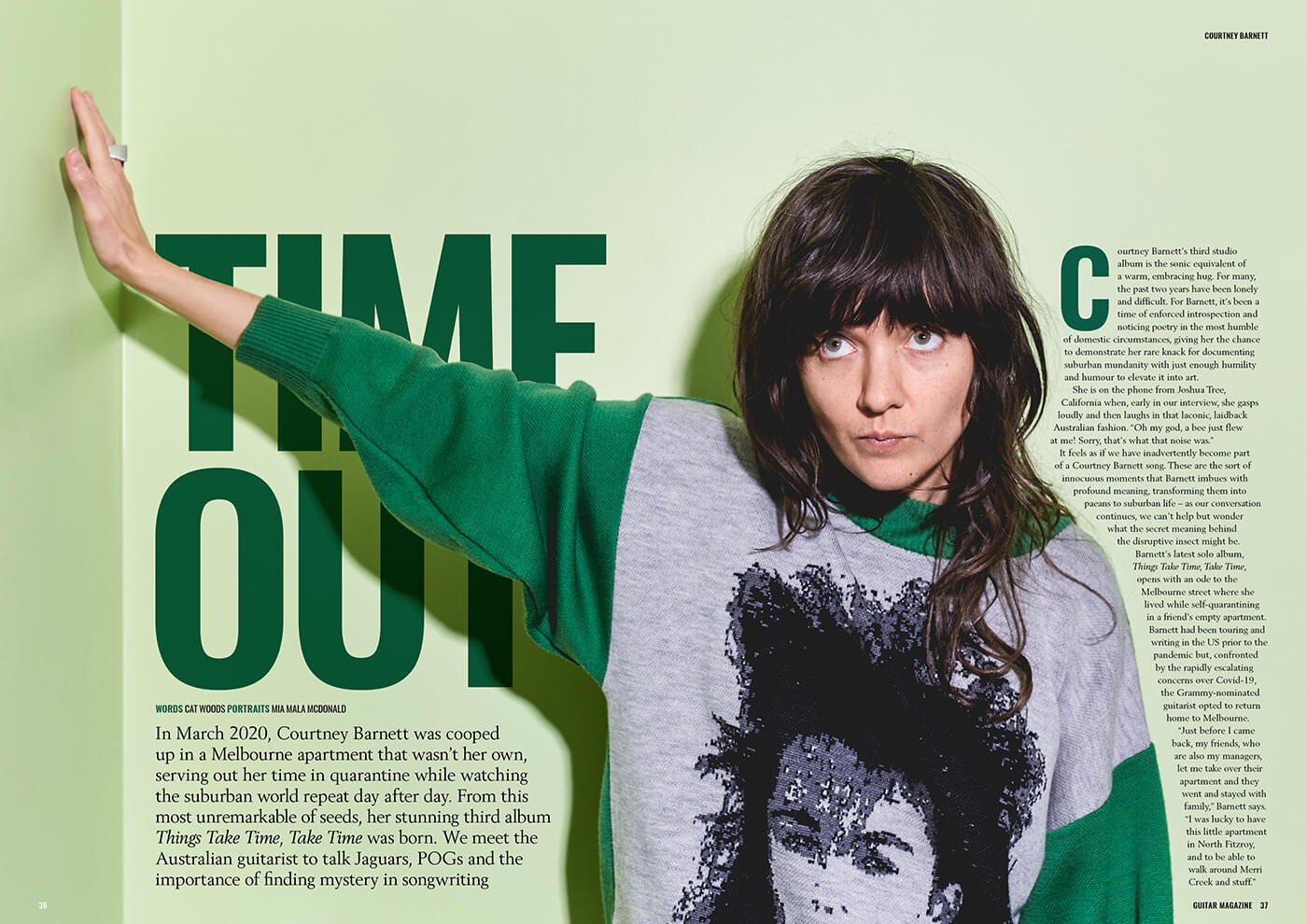 In March 2020, Courtney Barnett was cooped up in a Melbourne apartment that wasn’t her own, serving out her time in quarantine while watching the suburban world repeat day after day. From this most unremarkable of seeds, her stunning third album Things Take Time, Take Time was born. We meet the Australian guitarist to talk Jaguars, POGs and the importance of finding mystery in songwriting.