In this issue: Gibson Murphy Lab and the art of ageing, Pete Townshend holds court, and JHS Pedals' Josh Scott floats in space. 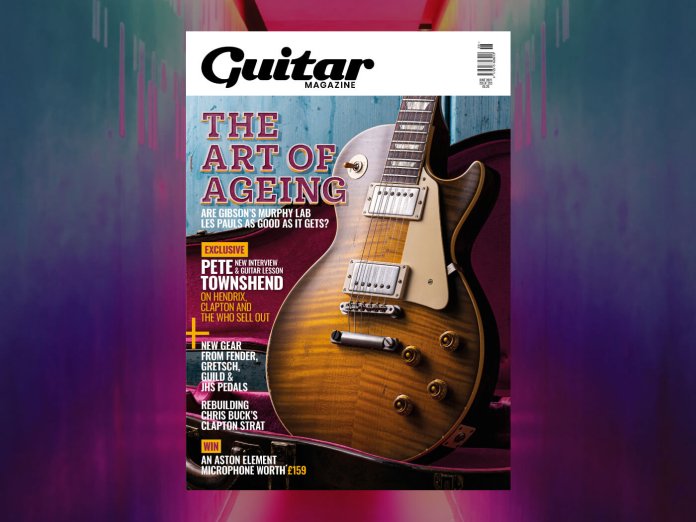 It’s no exaggeration to say that this issue of Guitar Magazine is feature-packed, and we’ve rolled out the big guns in the shape of Gibson’s Murphy Lab Les Pauls and the man with perhaps the greatest right arm in the history of rock ’n’ roll guitar playing: Pete Townshend. Read our exclusive new interview with The Who’s incendiary guitar icon as he holds court on Clapton, Hendrix and the new Super Deluxe Edition of the band’s landmark 1967 album The Who Sell Out.

Though Townshend often took guitar-distressing to visceral extremes, more subtly induced wear and tear has been applied to the aforementioned Murphy Lab Les Pauls that we put to the test. Somehow, despite the fact that Fender’s first Relic finishes were unveiled in 1995 and Gibson has been artificially ageing guitars for more than two decades, there’s still no topic in the world of guitar that’s quite as combustible as factory ageing.

I make no apologies for being in the pro-relic camp – I’ve owned several guitars with aged finishes in the past and still do, alongside genuine vintage examples. For me, it’s a feel thing – I simply find it easier to bond with guitars that have a played-in, comfortable-shoes feel. Don’t like it? Distressed finishes are almost always optional, and nobody is breaking into your house in the night with the intention of relic’ing your guitars without your permission.

Where do you stand? Write in to editors@guitar.com and show us your DIY relics or evangelise about the joys of a box-fresh gloss finish. But please keep an open mind and be nice! If we all agreed with each other all the time, the world would be a very boring place. 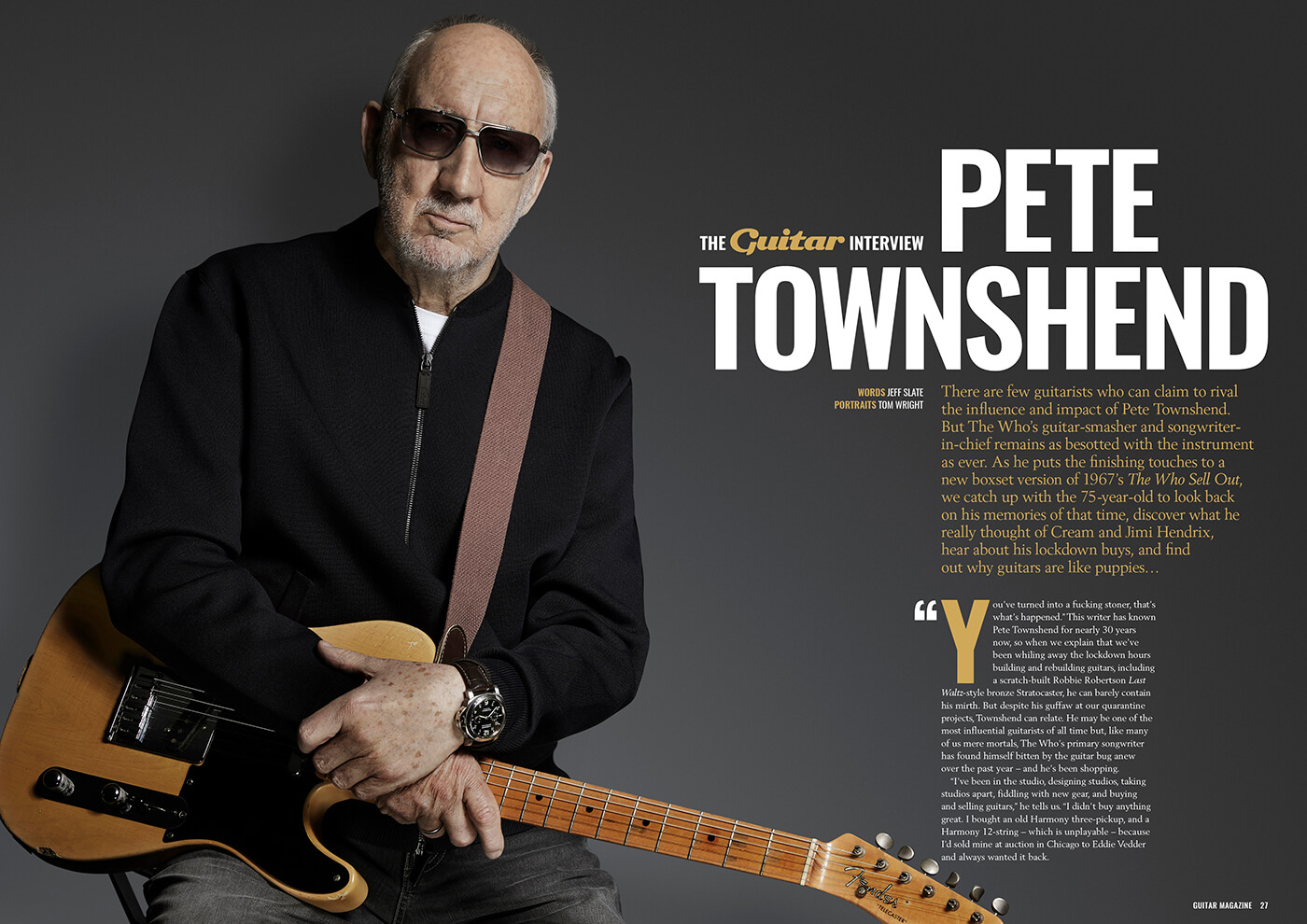 There are few guitarists who can claim to rival the influence and impact of Pete Townshend. But The Who’s guitar-smasher and songwriter-in-chief remains as besotted with the instrument as ever. As he puts the finishing touches to a new boxset version of 1967’s The Who Sell Out, we catch up with the 75-year-old to look back on his memories of that time, discover what he really thought of Cream and Jimi Hendrix, hear about his lockdown buys, and find out why guitars are like puppies… 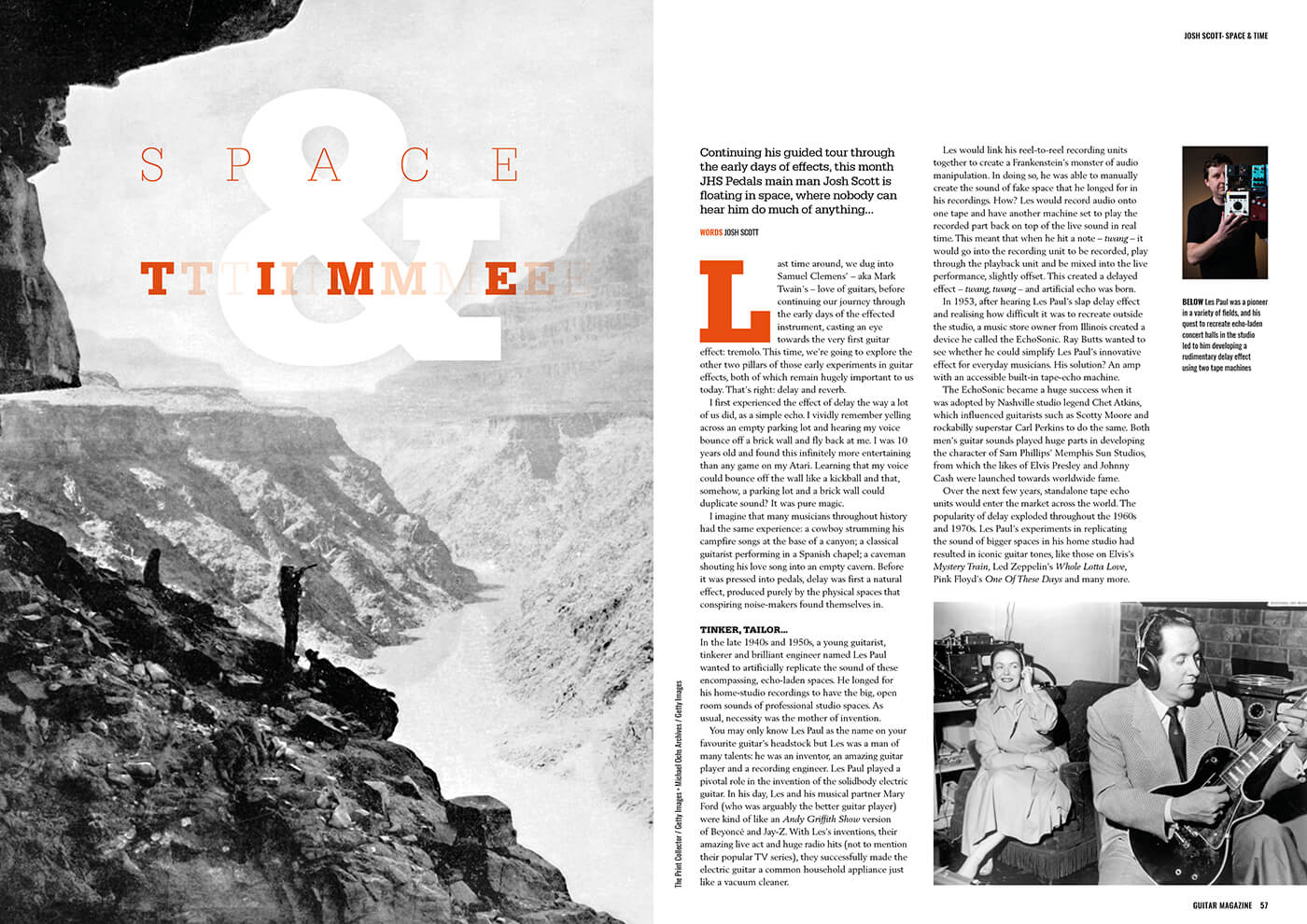 Continuing his guided tour through the early days of effects, this month JHS Pedals main man Josh Scott is floating in space, where nobody can hear him do much of anything…